Three Pro Tour Top 8s, highlighted by a win at Pro Tour Los Angeles 1998-99 over Jon Finkel ... Ten Grand Prix Top 8 finishes, with four wins ... The original Road Warrior ... Played with his brother Dan and Jon Finkel on Team Antarctica, one of the most accomplished Magic teams of all time ... A cornerstone of the New York Magic community since the early days of the game.

Steven O'Mahoney-Schwartz began his career at the debut Pro Tour held in New York City, playing in the Junior division. To qualify for that first event, you only needed to call in and it was frustrating for Steve—one of the winningest players on the East Coast in all-ages competition—to have to be segregated with the younger players. He had tried to play in the Masters division but was not given the option to do so. In hindsight he realized that the Juniors division may have been the tougher half of the field, considering it included future Hall of Famers Jon Finkel, Bob Maher, and Brian Kibler.

"Imagine a world of competitive know-it-all gamers, with lots of experience testing decks, having more time than the average working adult to play games all battling each other," said Steve, who had high hopes for that first event. "I was disappointed in finishing in the Top 128 at the time. Looking back, I didn't realize how strong Magic tournaments were already, as I played against quite a few other opponents who went on to have successful Magic careers. In the end they allowed the Top 128 juniors to play in the second Junior PT so I was able to continue on."

Stevenjoined the ranks of the masters by the third Pro Tour, but did not become a fixture on the Pro Tour until the following season when he posted Top 32 finishes in Los Angeles and Paris. All three of his Pro Tour Top 8s would come over the next three seasons starting with a second-place finish at Pro Tour Mainz, where he solidified a reputation as one of the game's most formidable Limited players. His second Top 8 came at Pro Tour Los Angeles 1999 and remains Steve's favorite moment from his storied career—made even more special by the presence of his brother and eventual Pro Tour Washington D.C. teammate Daniel O'Mahoney-Schwartz.

"After coming so close to winning a PT at Mainz I had really tried to step up my game and work even harder on my drafting," recalled Steve. "The payoff of finally winning was very sweet and it was still the prime playing time of all my friends and having my brother and friends there to cheer me on and then celebrate with me made it so much more memorable for me. I was in a state of shock after wining and I think my brother Dan was even more excited then I was."

Alongside his brother and first-class Hall of Famer Jon Finkel, Steven would get his third Top 8 as a member of Team Antarctica at Pro Tour Washington D.C. in 1999—an event whose Sunday field has now put six members of the four teams into the Hall of Fame.

Steven was also the original Road Warrior, traveling to Grand Prix events before it was de rigueur to do so. This was long before the advent of the Pro Players Club, and traveling overseas for a Grand Prix was often a money losing venture for everyone but the victor. In 1998 Steven was chasing after the Player of the Year title and hoped to pick up some points at Grand Prix Madrid. At a time when the big-name American players were not traveling to Grand Prix, his appearance caused something of a sensation among the locals who did not think a non-European should be allowed to play in the event.

"At first it seemed like the lower-level judging staff agreed with them and I wasn't going to be able to play," Steven recalled. "After talking with the Head Judge and TO as quickly as I could the situation was corrected and it was explained to the room that anyone who wanted to play could sign up."

By virtue of his willingness to travel, Steven found himself as one of the original Magic celebrity ambassadors.

"I often stayed a few extra days at each location and got to meet and hang out with local players, which led to an opportunity to volunteer my time to travel as an ambassador for the game to gunsling, host Magic quiz shows, and just meet local players at events I couldn't play in," he explained. "So I went to the first Latin American Championship and a couple of JSS Championships and had a great time experiencing the game and different parts of the world."

Despite his involvement and success with Magic, he could never have imagined being honored in a Pro Tour Hall of Fame.

"I always knew that Magic had a lot of life as a competitive game, but I would never have guessed how big and established the institution that the Pro Tour has grown into," said Steve. "Being enshrined in the Hall of Fame is a validation of a very big and influential part of my life. I haven't played in a Pro Tour in a while, but the friends I made have lasted a lifetime. Along with going to college and getting married, playing Magic is a top-three influence on where I am in life."

Steven has been on the ballot since the very first class back in 2005 and has picked up support from the community each year, but he had yet to reach the threshold for induction until 2011. Despite vocal support from some high-profile Magic writers, when this year's ballots went out he was worried that he would find himself just short for another year.

"Once voters started to post their ballots on Twitter or on various other websites I could tell that I picked up more votes than last year and was very hopeful—but still nervous—about getting in this year," Steven said. He went on to describe his reaction to hearing the good news that he would be booking a trip to Worlds.

"I first felt relief and extreme happiness to be recognized in the Hall of Fame for my contributions to the game," he recounted. "Once that wore off a bit I started to think about how exciting it could be to start playing in competitive Magic events again."

Steven expects to play in at least a couple Pro Tours a year now that he is qualified again by virtue of his Hall of Fame status. He admitted that preparing for his recent wedding and other real-life concerns over the past year have left little time to play Magic and perhaps some rust had set in that would make adding a fourth Pro Tour Top 8 to his resume a little challenging—at least for the immediate future.

"I haven't played Constructed Magic in many, many years," said Steve, who most recently won the Two-Headed Giant Grand Prix Boston teamed with Matt Wang. "There's lots of opportunity for me to draft in NYC and I'm confident that I can pick it up quickly. With all the Pro Tours being split formats now, I think being so far behind in being prepared for Constructed will hold me back."

It was some of his many Magic friends that Steven wanted to thank as he looked back on the people who helped him along the way from the Junior Pro Tour in 1996 to the Hall of Fame in 2011.

"There's a lot of people I should thank," warned Steve. "Nick at high school, who never played a tournament but was the person who introduced me to the game and taught me how to play. My brother Dan, for always being there for me and being a great teammate. Jon Finkel for always challenging everyone to be better at everything they do and being a good friend and teammate. David Williams for helping to convince me that all those bad-idea Magic trips were really a good idea and for being a great travel buddy. Alex Garamvolgyi to introducing me to competitive Magic by showing me that besides playing with friends that card shops and TOs existed who ran Magic events. To BDM and the rest of the New York Magic/Gray Matter/Neutral Ground owners for running all the big NY area Magic events and owning a great card store. My parents for being open-minded and letting a little kid follow his dreams no matter what and for being my biggest supporters." 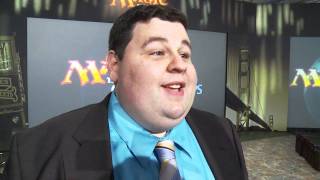 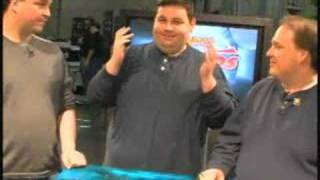 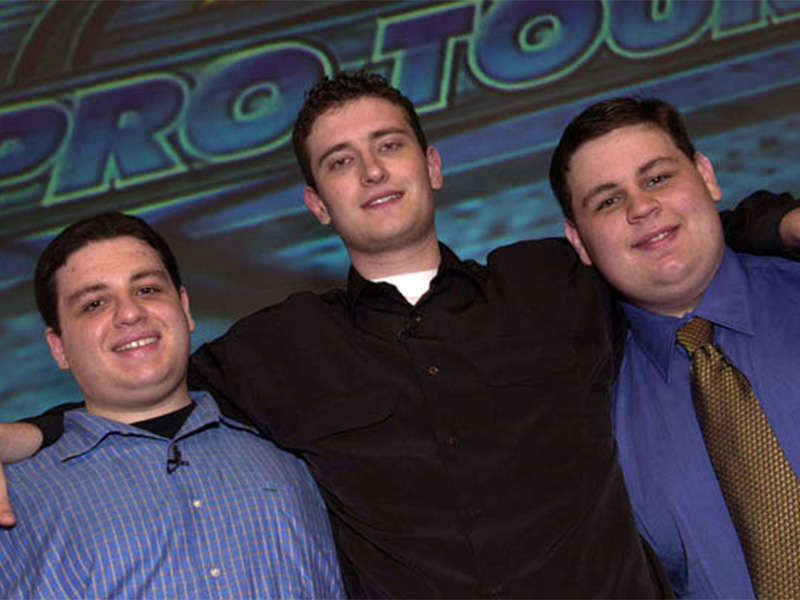 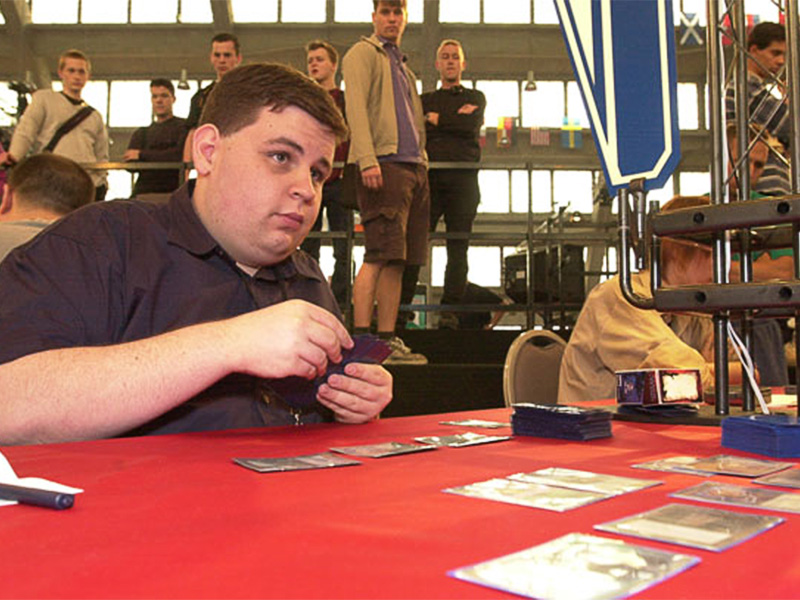 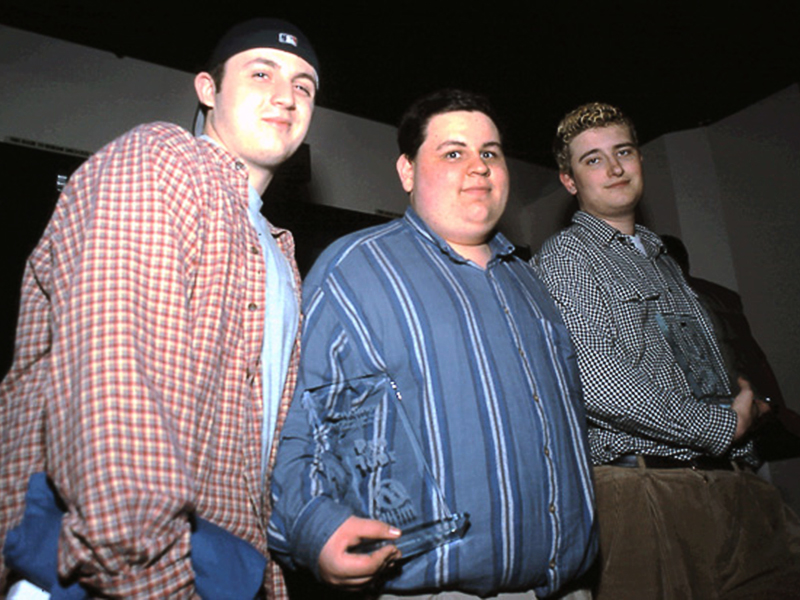 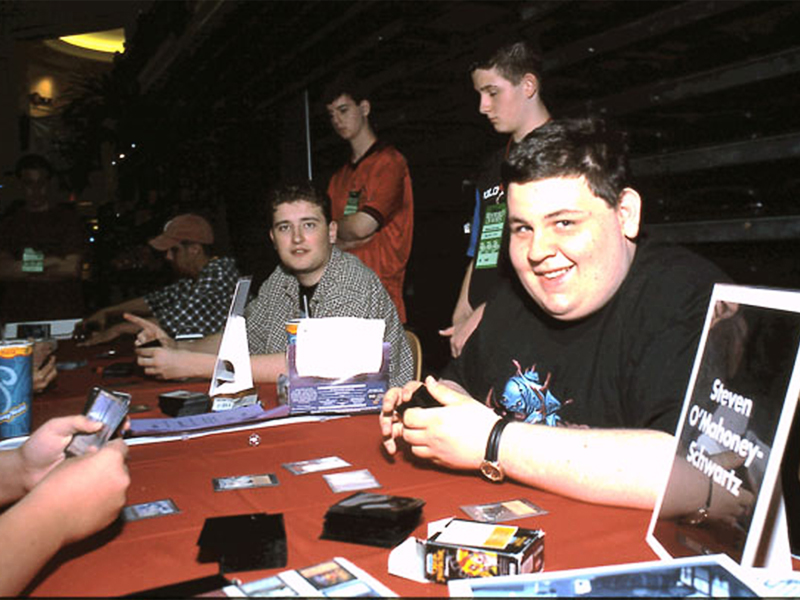 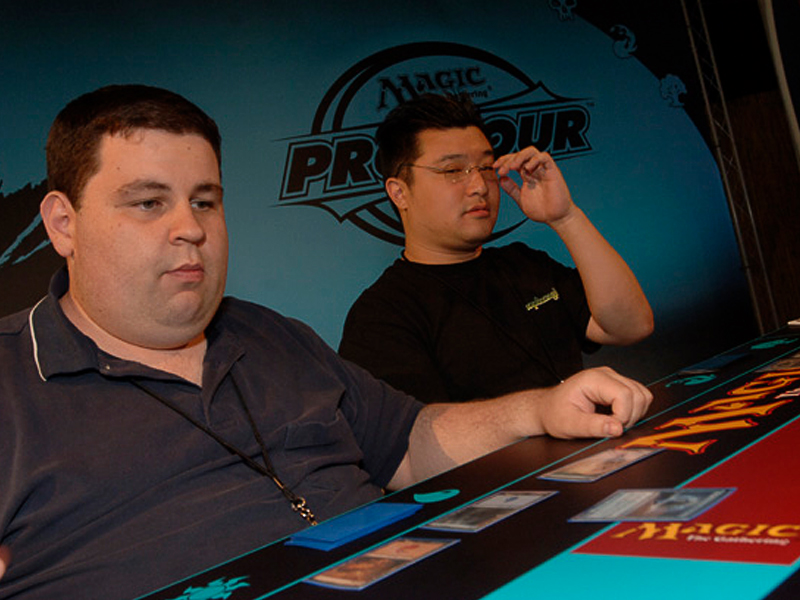