Masashi Oiso made his Pro Tour debut at the start of the 2002-03 season, and by the end of the season had also made his first appearance on the Sunday stage. He finished second at Pro Tour Yokohama during that rookie season, a sign of things to come from this Japanese star.

He went on to win the Rookie of the Year title that season, becoming the second Japanese player to take that title. He was not done with his meteoric rise and became the first Japanese player to get multiple Top 8 finishes at a time when it was still uncommon to see a Japanese player in the Top 8 at all, much less in three across two seasons.

Despite making the Top 8 of a Pro Tour six times, Oiso was worried that the fact he had not won any of his Sunday appearances would hurt his chances of making the Hall of Fame.

"I did not have much confidence because I had never won a Pro Tour or the Player of the Year title," said Oiso. "However, I feel very happy that many people voted me!" His Rookie of the Year trophy remains one of his best memories of playing on the Pro Tour. "The race with Craig Krempels was so close. But I was just more lucky in Pro Tour Yokohama 2003. I love it because it is one of my few titles and it is my nickname: 'Rookie!'"

During the 2004 season, Oiso thought he had lost a crucial win-and-in match at Pro Tour San Diego, but instead learned a lesson from another future Hall of Famer that he considers to be one of his most treasured memories of the Pro Tour.

"I slipped into that Top 8 by tiebreakers," recalled Oiso. "I was in 5th place before the last round, but I lost to Nicolai Herzog with his good deck. To my shame I took a sulky attitude at that time, but he celebrated me after I made Top 8. It was very impressive for me."

By the 2004-05 season, when he kicked off the season with his fourth Top 8 at Pro Tour Columbus, there were two other Japanese players there on Sunday with him. It started off a season that would see a Japanese player appear in every Top 8 that year—keep in mind that this was an extended "year" that featured seven Pro Tours as the seasons transitioned from overlapping two calendar years to be fully in a single year. Oiso's real life began to intrude on his Magic career that year, and he skipped a Pro Tour during the long year. Despite that, he still finished third in the Player of the Year race—behind fellow Hall of Famers Kenji Tsumura and Olivier Ruel—and was within striking distance of the title throughout the World Championships in Yokohama in one of the most memorable Player of the Year races in the history of the game.

While it is now commonplace for players to crisscross the globe playing in Grand Prix on every continent, it was unusual to see Japanese players at North American events in the mid-2000s. It sent shockwaves through the Magic community when Oiso led a contingent of his countrymen into Boston for an Extended Grand Prix in 2005. It was even more impressive that he came away from that event with the win.

Oiso made the Top 8 of ten Grand Prix in his career, including that dramatic win in Boston to go with his six Top 8s at the Pro Tour. He was also the National Champion in 2008 and was a member of the 2005 Japanese National team that won the Team Championships at Worlds in Yokohama. That team included Takuma Morofuji and Ichiro Shimura, and they defeated the United States' team of Pro Tour stalwarts Antonino De Rosa, Neil Reeves, and Jon Sonne.

While he was proud to be honored with the induction, Oiso plans to play in at least one Pro Tour every season and looks upon the Hall of Fame as a chance for him to wrap up some unfinished business.

"I'm so happy that I'm still able to challenge myself to win a Pro Tour!" said Oiso.

There were many people he wished to thank for his career and the honor of being enshrined in the Pro Tour Hall of Fame, but it was a fellow inductee he singled out in particular.

"There are many 'senseis' who I have to thank in my Magic life, but I especially pick Kenji Tsumura," said Oiso. "He is my best friend, and also the best rival—we are still competing to see who wins a PT first. I think why we both are enshrined is because we have brushed up [against] each other for a long time. Moreover, he is my 'sensei,' too. I owe some of my achievements—2008 Japanese Nationals, for example—to him, because he told me lots of things about the format."

3 Call of the Herd 4 Search for Tomorrow 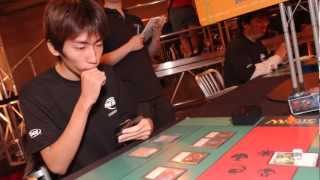 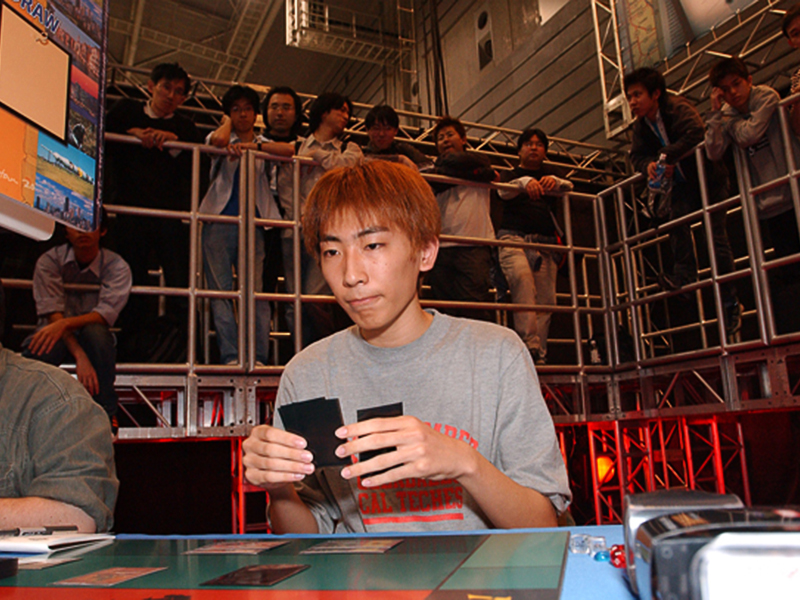 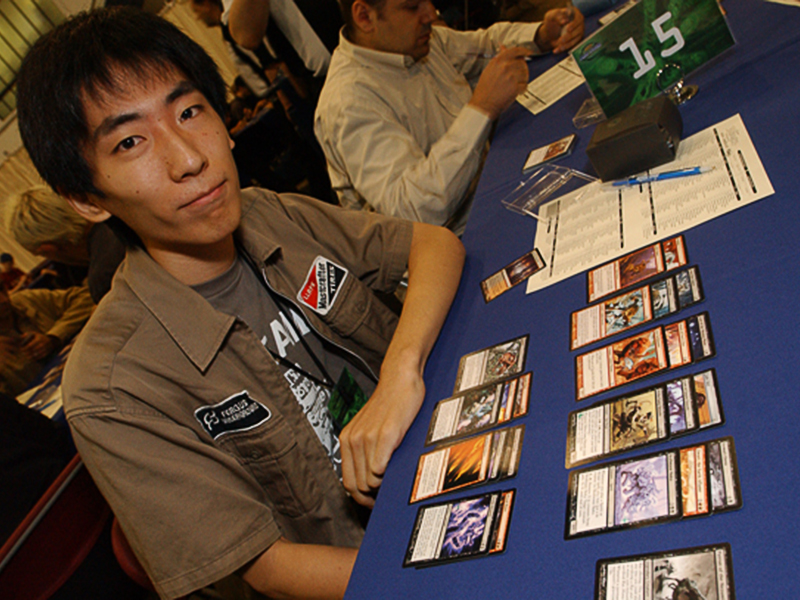 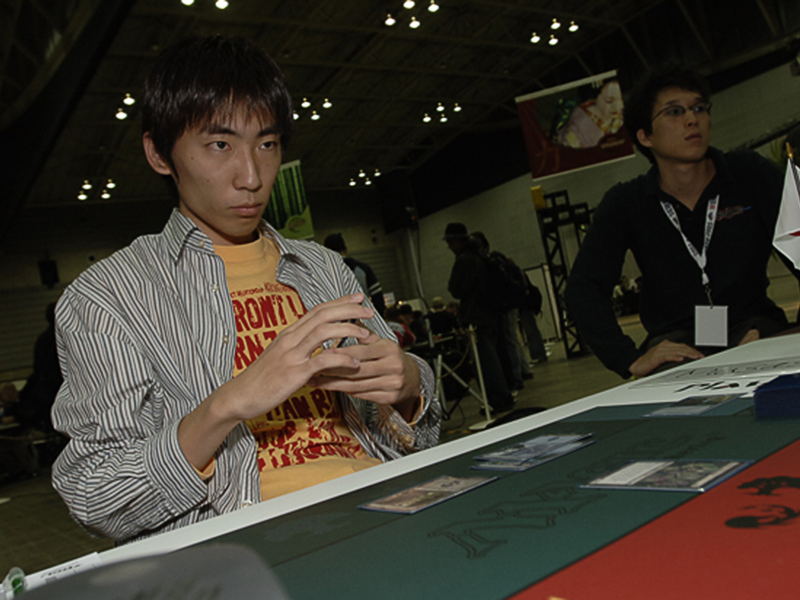 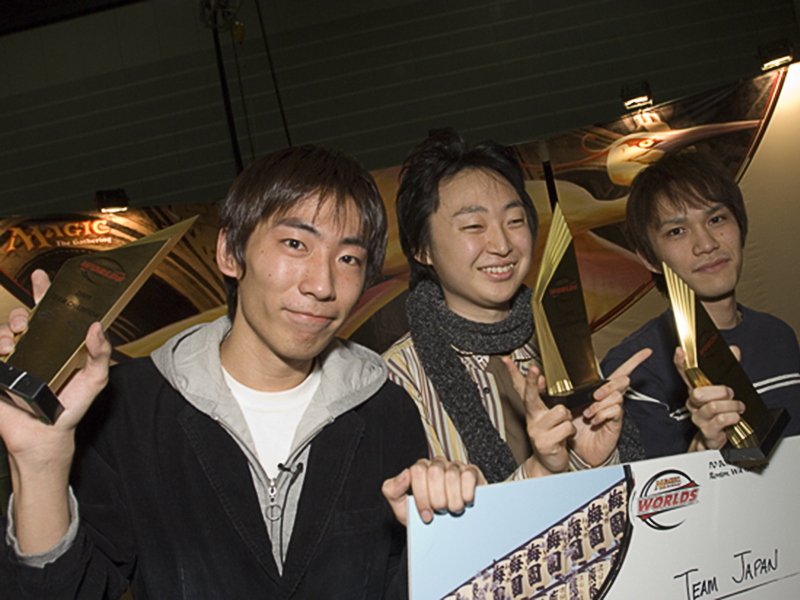 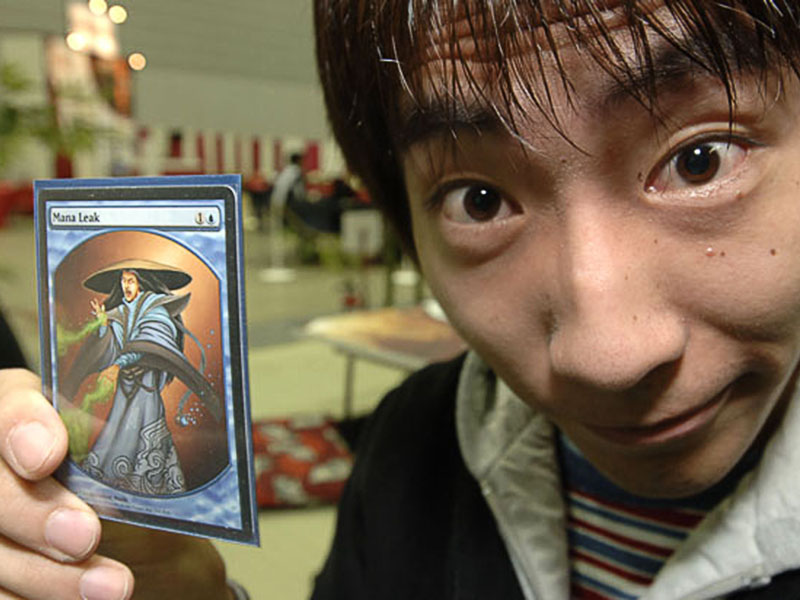