Five Pro Tour Top 8s, highlighted by his win with Dragonstorm at the 2006 World Championship in Paris ... Balanced the demands of the Pro Tour against a full-time job throughout his Pro career ... Only the third player in history to win an individual and team World Championship, joining Jon Finkel and Kai Budde ... Seven Grand Prix Top 8s, including two wins ... Known for his love of mid-range creature-based strategies.

The leading vote-getter on the 2014 ballot was Japan's Makihito Mihara, who added a fifth Top 8 to his already impressive resume at Pro Tour Theros to kick off the 2012–13 Pro Tour season. That fifth result cemented his election at the end of the season in most Pro Tour observers' minds, but Mihara—who had come close but missed election on the previous ballot—was still nervous about the results.

"I thought that I would need another big finish to make it. I did think it was a possibility, though," he said of his mindset leading up to the moment he finally got the call notifying him that he was in. "I got an email from [Tournament Organization Manager] Ron Foster congratulating me, letting me know that the announcement would be made this weekend but that I couldn't tell anyone but family until then. I did get to tell my wife, and she was so excited and happy for me."

"I guess the biggest change will be that I can play more 'interesting' decks, playing more of my own rogue designs instead of the strongest established deck," he said with a sly grin.The married Mihara has had to balance a full-time job with the demands of preparing for Pro Tours for almost as long as he has been playing successfully at that level. As such, he did not expect to change his approach now that he's in the Hall of Fame. He was happy to know that if work got busy he will always be able to maintain his spot on the Pro Tour thanks to his Hall of Fame status, although for the time being he is going to stay the course.

Mihara first made it to the Pro Tour in 2003 when he won a qualifier for Pro Tour Venice.

"I was so excited. The event was great even though I didn't make Day Two. I chose to play a Patriarch's Bidding deck with countermagic, expecting a field of Slide and Beasts without much beatdown, but there was a lot more than I expected. A friend of mine playing the same deck made Day Two, though. It was awesome just to play against some famous players."

He did make the Top 8 of a large overnight side event at that tournament but it wasn't too long before his Top 8 finishes occurred on a bigger stage. His breakthrough came at the 2006 World Championship in Paris, where he defeated Ryo Ogura in the finals. Mihara may well have not emerged from the quarterfinals against future Hall of Famer Paulo Vitor Damo da Rosa if not for his quick thinking and even temperament.

It was Game 5 of the match and both players had stumbled out of the gate, but Damo da Rosa was pressuring Mihara with a stubborn Savannah Lions. After digging through his deck with card-draw spells, Mihara decided it was time for his deck to "go off" with a hand that contained two copies of Rite of Flame. As Mihara began to deploy his spells for the turn—Sleight of Hand and Rite of Flame—he realized his math was off and that the second Rite of Flame would only get him to eight mana for turn and not the critical total of nine. Mihara remained calm despite the enormity of the moment and the vast worldwide audience watching his every move. He calmly worked through his possible outcomes and finally settled on the only play that could conceivably allow him to win that turn.

He used up a blue and a red of his precious mana—with one red floating and three lands untapped—to Repeal the Savannah Lions and dig for an answer. His deck responded with another copy of Rite of Flame off the top of his library and that was more than enough for Mihara to cast Dragonstorm for a flight of Dragons to advance his way up the bracket.

"Worlds 2006 was my first Pro Tour Top 8, so it was already a big moment for me," Mihara said. "The moment when I actually won, though, is what stays with me. It's my most cherished Pro Tour memory."

He would make the Top 8 of a Pro Tour four more times. In 2011, he captained the Japanese National team and became one of an elite few to win both an individual World Championship and a Team World Championship, joining Jon Finkel and Kai Budde on achieving this difficult feat.

"For teams at Worlds 2011, the thing that stands out is how we won as a team," recollected Mihara. "Our records in the individual portion of the tournament were only so-so, but we 3–0ed all four team rounds. That was incredible."

Mihara was stunned to be enshrined alongside people he looked up to when he started playing the game.

"I'm very grateful. I know that I don't have the community contributions that other Hall of Fame members have, a result of my having a full-time job, so it means so much to me that the voters consider my accomplishments so highly. As a PTQ player I always looked up to Zvi Mowshowitz. He was such an incredible deck builder. To be in the Hall of Fame alongside him is amazing to me."

When given the opportunity to thank the people who have supported him along the way, Mihara turned to both family and friends.

"First I have to thank my wife, Ryo Mihara. She has been so supportive all these years, letting me spend my weekends on Magic. She's also my frequent playtesting partner, helping me get ready for events," said the World Champion. "I also want to thank all the players from Hajime Nakamura's informal Pro Tour 'Boot Camps.' We would meet at his house the weekend before every Pro Tour and spend the whole weekend preparing. There were usually around nine or ten of us, anyone who was qualified, and it usually included Yuuya Watanabe, Shota Yasooka, and Kentaro Yamamoto."

4 Wrath of God 1 Decree of Justice

4 Grove of the Burnwillows 2 Firespout
75 Cards 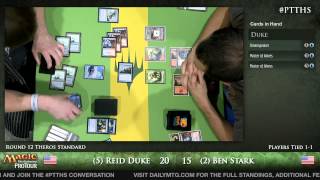 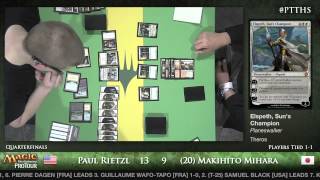 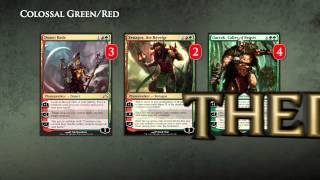 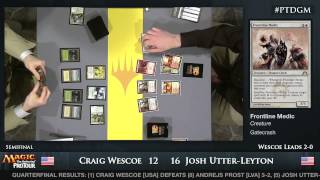 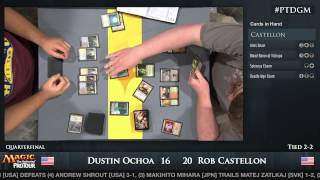 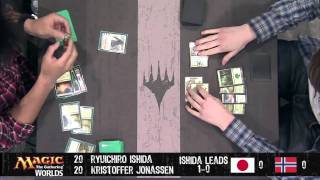 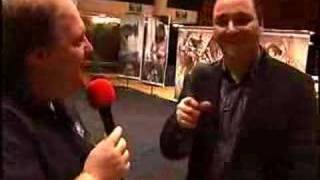 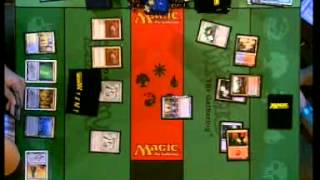 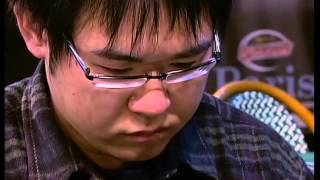 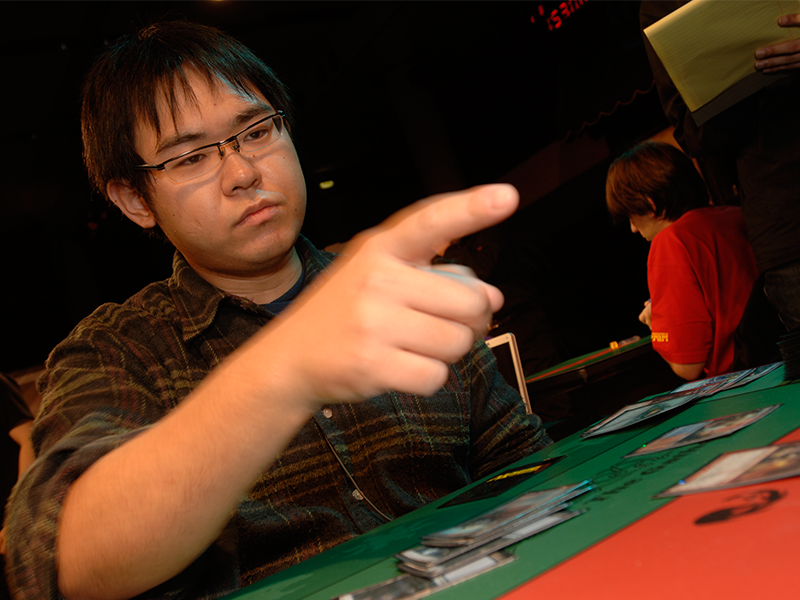 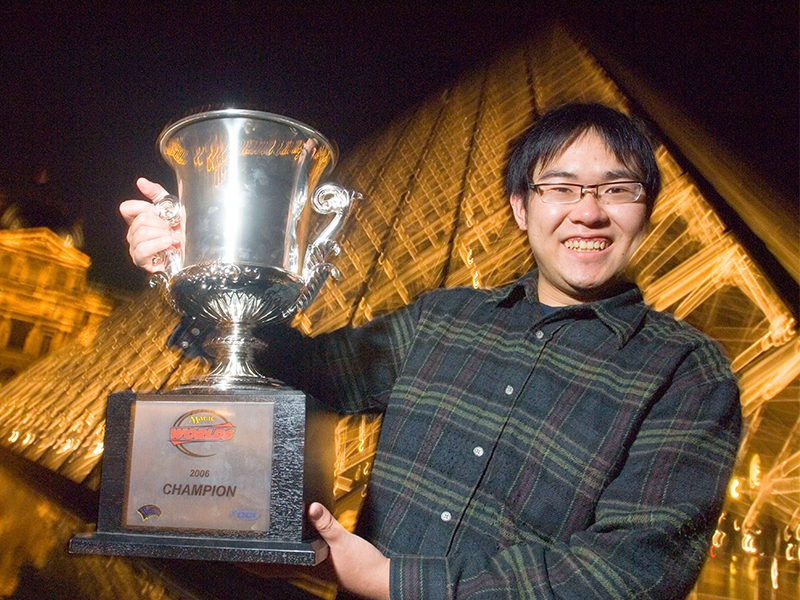 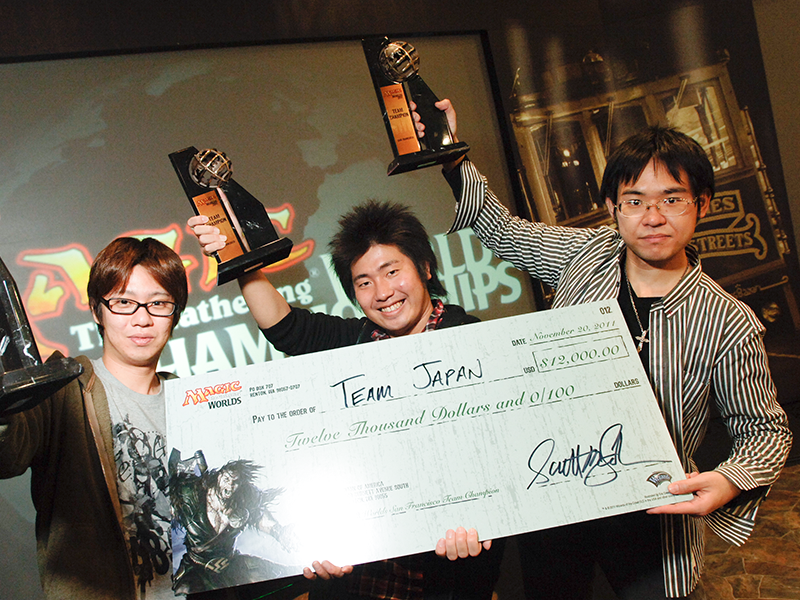 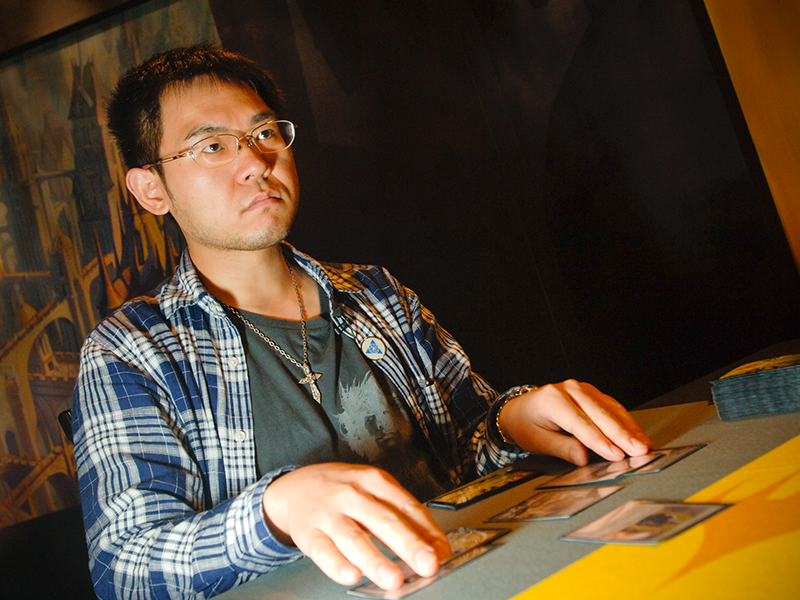 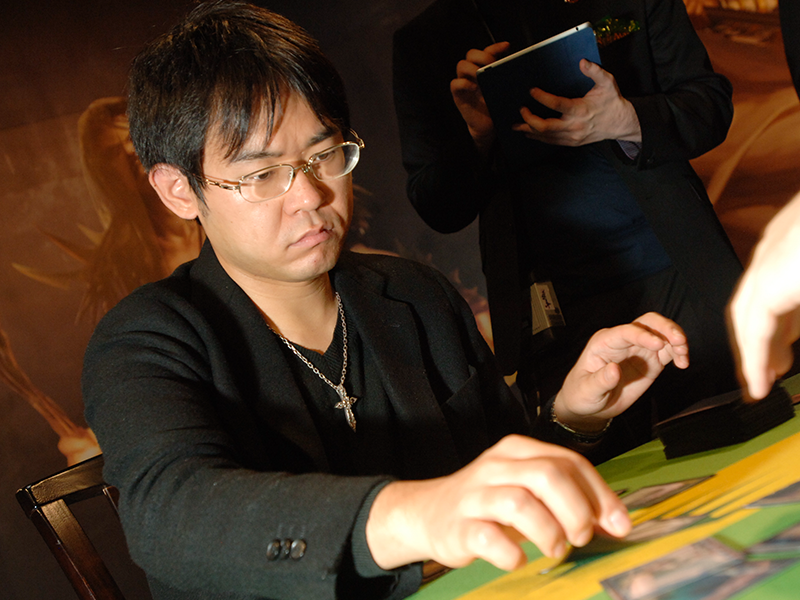 Note: All statistics are current as of this player's Hall of Fame induction ceremony the week of October 6, 2014