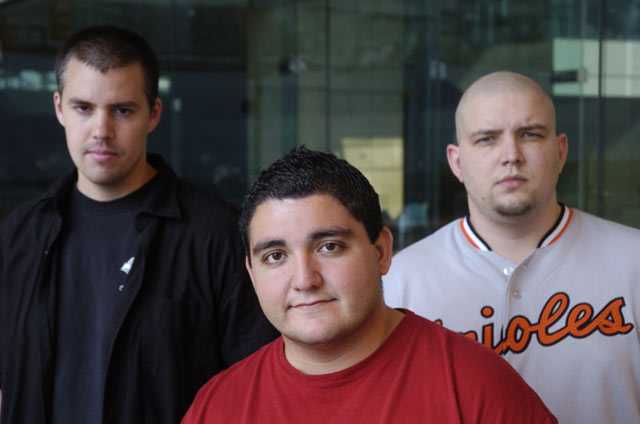 BY BRIAN DAVID-MARSHALL AND TED KNUTSON

De Rosa dispatched top-seeded Neil Reeves in the final to capture the coveted title and the top spot on the U.S. National Team. Joining him on the team are Reeves and Jonathan Sonne, who defeated Michael Patnik in the playoff for the final spot.

With both finalists playing blue control decks, the culmination of the weekend was a complicated affair of counterspells, Vedalken Shackles, Mindslavers and Memnarchs. But it was De Rosa's Blue Urzatron that bested Reeves and his Monoblue Control that leveraged Jushi Apprentices three games to one to secure the title of National Champion for De Rosa.

It's truly a powerful National Team, featuring three Pro Tour regulars. Sonne and De Rosa are part of the same playtest team, so they'll know each other's tendencies well. Although Reeves hasn't played as much Magic lately as he has in the past, he's a formidable opponent and gives the team an equally menacing appearance.

In the Junior Super Series Championship, 15-year-old Jeff Rabovsky from Naperville, Illinois, defeated Jason Rosellini from Marysville, California, to take home the trophy and $10,000 scholarship. Like many JSS champs before him, don't be surprised if Rabovsky's name starts showing up on Pro Tour and Grand Prix lists in the near future.