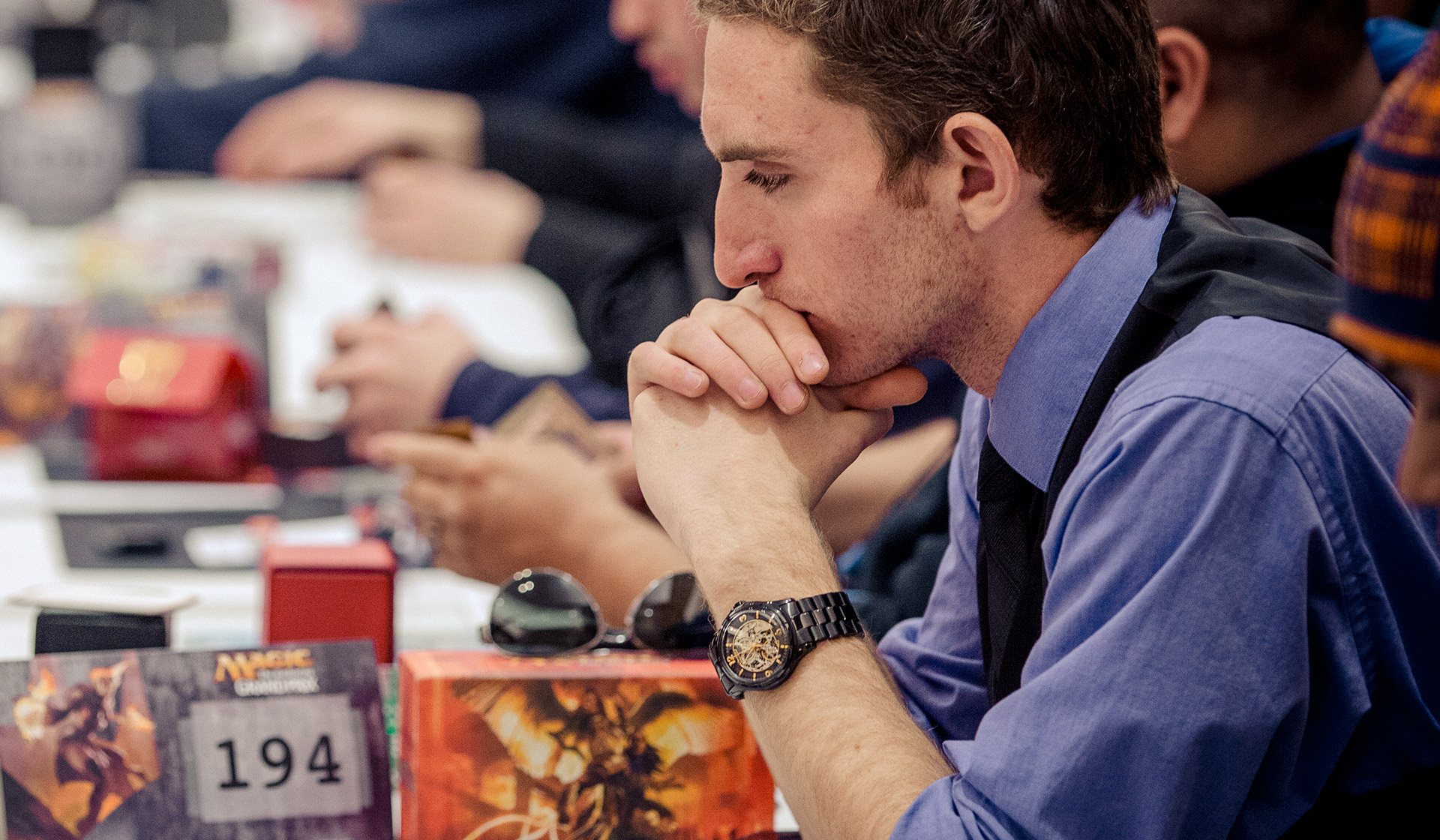 Preliminary Pro Tour Qualifiers (PPTQs) for the first Pro Tour of 2016 take place from June 6 until August 16 in stores worldwide. The format for these PPTQs can be either Modern Constructed or Limited. Check with your local store for more details.

FIND A PRELIMINARY PTQ NEAR YOU!

All players are eligible to play in a Preliminary Pro Tour Qualifier for this season except the following:

If you have any questions as to you eligibility to play in a particular Preliminary Pro Tour Qualifier, please email your inquiry to PremierPlay@wizards.com.

Complete information on invitations to Pro Tours can be found in the Magic: The Gathering Invitation Policy.

The structure for Preliminary Pro Tour Qualifiers is modified Swiss-style, with top players after the Swiss rounds playing in a single-elimination playoff.

Formats for Preliminary Pro Tour Qualifiers vary by location, and can be one of the following formats:

For information on the product mix for Sealed and Booster Draft events, please refer to Appendix D of the Magic Tournament Rules.

Contact the store running your next Preliminary Pro Tour Qualifier to find out the format that they are running.

Swiss rounds will be each of 50 minutes in length.

Single-elimination playoff matches will have no time limit.

All players may participate in all Swiss rounds.

Number of Swiss rounds and number of players that advance to the playoffs is based on attendance according to the chart found on Appendix E of the Magic Tournament Rules.

Players are responsible for bringing their own method of tracking life totals and appropriate counters or tokens.

The winner of each event will receive an invitation to compete in one of the Regional Pro Tour Qualifiers tied to the first Pro Tour of 2016.

TELL US ABOUT YOUR PRO TOUR QUALIFIER!

Your input is critical to help us improve the quality of our events! We therefore want to give you the opportunity to let us know about your Pro Tour Qualifier experience. Please click here and provide us with the date and location of the event(s) you participated in and a brief description of your experience.

Your feedback is very valuable. Thank you in advance for your time!