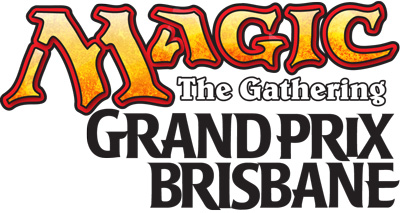 Grand Prix Brisbane is the second Grand Prix Down Under in 2013, and Australia's north likes to put on a show. Brisbane in summer is not to be missed, and what better reason to visit tropical Queensland than a weekend of Magic?

Earlier in 2013, Grand Prix Sydney set the record for the biggest Australian event, so Brisbane has a lot to live up to! This year's Brisbane event features the popular Modern format, so browse through your collection and brew up a powerful list: with a US$30,000 purse and Pro Tour invites up for grabs, you can be sure that competition will be fierce!

With an exciting format, tons of room for innovation and deckbuilding, and the best judges on staff keeping it fair, it's going to be a great weekend for playing Magic. Running right alongside the Grand Prix is a huge side events schedule—there's something for everyone at Grand Prix Brisbane! Stay up to date by following Top Deck Events on Facebook.

The main tournament at Grand Prix Brisbane is open to Magic players of all ages.

Along with the main event, there are additional side-event tournaments to play in at a Grand Prix. Listed below are the side events offered at all Grand Prix on Friday, Saturday, and Sunday. Additional events and a full schedule can be found on the Top Deck Events website. All side events will have a Planeswalker Points multiplier of 3x.

We are delighted to announce that Raymond Swanland will be attending Grand Prix Brisbane. Raymond has been producing images, illustrations, comic book pages, and concept art for more than fourteen years. He has made hundreds of pictures and interiors for miniatures codexs, books, packaging, games, and magazines.

Other Hall Attractions
Although trading is both allowed and encouraged, please note that the following things are not permitted at this event:

Getting to the venue
Brisbane Convention and Exhibition Centre is located 10 minutes from CBD. In the heart of the tourist area of South Bank – the Function Centre has its own train stop. Other Transport options include driving, walking, cycling, city buses, and taxis.