One of the game's most original and innovative thinkers ... Worked with deck think tanks The Mogg Squad and Godzilla to create format-defining decks ... Won Pro Tour-Tokyo 2001 with "The Solution" ... Writer for more than 10 years contributing to The Dojo, Mindripper, New Wave, The Sideboard, Brainburst, Starcitygames, and Magicthegathering.com.

Like Kai Budde of this year's class, Zvi Mowshowitz began his Magic career in the Junior division of the Pro Tour when he took part in Pro Tour–Dallas. He made the Finals of the next Junior Pro Tour in Los Angeles but it was not until he took part in Pro Tour–Los Angeles the following season (finishing 12th) that the clock started ticking on his Hall of Fame eligibility. Not including that Finals appearance in the Junior division, Zvi would eventually rack up four Pro Tour Top 8 finishes including a win at Pro Tour–Tokyo in 2000-01. He was a member of the 1999 U.S. National team and also made the Top 8 of four Grand Prix events, with two victories.

When he finally retired from playing Zvi was in the Top 20 in both lifetime money winnings and Pro Points. Despite his amazing career as a player, Zvi is perhaps better known as a deck designer and Magic columnist. He is easily the most prolific writer in the history of the game and has written for a variety of Magic sites starting with the Magic Dojo and continuing on through Magicthegathering.com.

Even when Zvi looked back at the Pro Tour experience that launched his Pro career, his first response involved contextualizing it with the written word.

"I remember enough about that event to write a tournament report," laughed Zvi. "It was on the Queen Mary, where I'd qualified earlier that year with a second in the Junior Division before it was disbanded. I had no expectations for myself. I was up against the great names of the game, in over my head and beyond nervous, starting with Mark Le Pine and ending with a match against Darwin Kastle. The entire time it felt surreal, but there was nothing to do but go ahead and play my best game so that's what I did.

"My deck helped give me confidence too," he continued his recollection of the Tempest Block Constructed format. Block Constructed formats would become something of a specialty of his over the years and doing well at that first block event was no doubt formative. "I had built it on my own and never seen it around Neutral Ground only to find that a version of it was being played by a third of the field. I had to be doing something right, so while I didn't expect to win I also didn't feel as surprised as I expected to when I did well and finished 12th."

Zvi's breakthrough tournament came at Pro Tour–New York during the 1998-99 season. The format was Urza's Block Constructed and Zvi's Zero Effect deck carried him into the Top 4 of that event and cemented his reputation as a mad scientist of the game. Of course that reputation was backed up by Zvi's unshorn face and unkempt mop of hair. As Magic was moving toward television, Zvi was given a makeover prior to Sunday's action.

"My best memory on the Pro Tour has to be the makeover from PT–New York where Wizards decided to prepare me for my trip to the big stage with a new wardrobe and the infamous shaving incident involving three gorgeous Russian lady barbers," Zvi reminisced. "Nothing would ever be the same again."

While the makeover from Pro Tour New York may have opened up Zvi's eyes to the amount of attention being paid to the game he never imagined that years later, once again at a Pro Tour in New York, he would be stepping onto that big stage to be enshrined in the game's Hall of Fame.

"When you're competing, you try to win every event, make your name and be the best but it never occurred to me that Magic would have a Hall of Fame," explained Zvi. "In my first years on tour, the thought of me being in it, even if one existed, wasn't something I could have comprehended either. Once I hit my stride there was a palpable sense among many players that we were playing for our place in Magic history as we raced along the lifetime winnings chart. To me the great accomplishment is that we've made it to where we can have a Hall of Fame. It brings us one step closer to the goal of Garfield, of games and other mental sports standing on the same platform as baseball, football or soccer."

"I was optimistic, but I never assumed I would make it," said Zvi when he was asked about his expectations of making the Hall of Fame on such a star-studded ballot. "At least two people who deserved to make it into the Hall were going to be excluded, and aside from Kai no one was assured of entry. When I got the call telling me I'd gotten in, I felt a combination of joy and relief that I'd made it in. Before it had a chance to sink in, I was talking about the logistics of the event and talking about what to do with a plane ticket. When something that big happens, it doesn't hit you all at once."

"The Hall of Fame has a twin existence," he continued. "On one pillar it means that I've been recognized as one of the all time greats of the Magic Pro Tour, and that's an amazing honor. At the same time it also means I'll always be qualified, and that's an amazing opportunity. A lot of Pros forget how hard it is when you have to fight your way back to every event, but I tried to remember how much harder it is for those on the outside looking in."

Like Kai, Zvi was looking forward to not just the induction but the opportunity to participate in the tournament. "I will be attending Worlds, and I will play. I would never miss a once in a lifetime opportunity like this, nor would I consider doing that to the game. As for playing, it's been a long time and I'm ready for my comeback.

"I'll see how Worlds goes and decide where to go from there. If Pro Tours are something I still enjoy, you can expect to see me at events in the United States, although my job will likely keep me away from Europe and Asia. And if I'm in it, I'm in it to win it—I plan on playing the Sunday after the ceremony! However, I recognize that I'm not going to be able to put in the kinds of hours and dedication that today's top players can, and the competition is far tougher than it was during my career. It's going to be tough."

Zvi started his list of thank-yous at the top of the Magic ladder.

"I'd like to thank Richard Garfield for creating the game, Skaff Elias for creating the Tour and Randy Buehler for creating the Hall," declared Zvi when given an opportunity to thank anyone. "Without them there would be no vote and no one would be standing on that platform. From my end, I have to thank Scott Johns and Justin Gary. Working with those and other great teammates is what allowed me to enjoy such great success, and they're the reason I had such a great career." 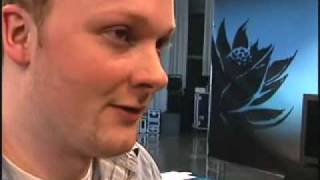 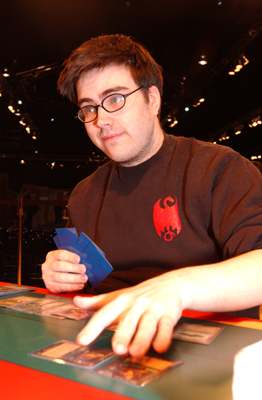 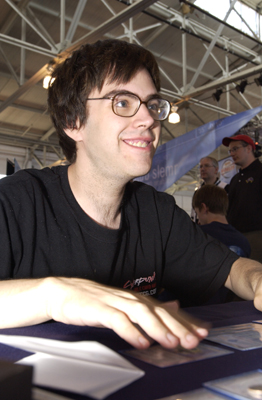 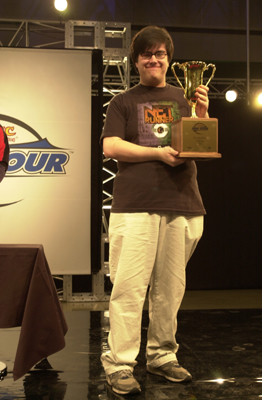