Played in every Pro Tour for almost nine years, with Top 8 appearances every step along the way...Won the second Duelist Invitational, creating Avalanche Riders...Early reputation as a Limited specialist with two Top 8s...Later posted multiple Top 8s at Constructed events...Formed Your Move Games with Rob Dougherty and Dave Humpherys, a powerful and long-standing team.

Of the three Your Move Games stalwarts on the first ballot, Darwin Kastle was the only one to get elected by the Selection Committee. When you look at the resume Darwin has amassed, it is painfully obvious why he is the first member of YMG to stride into the Hall. Darwin is third on the all-time list with eight Pro Tour Top 8s, has achieved double-digit Grand Prix Top 8s (including nine in North America at a time when many of the other players in that class were doing so against an at-the-time weaker Asian Grand Prix field), won the second Invitational, and was one of the first players to put forth the notion of playing Magic professionally.

Darwin was a veteran player of the Northeastern U.S. tournament scene long before the Pro Tour came to New York. He played in that first event courtesy of a nimble dialing finger but finished a mere 65th. He found his way to Sunday in the very next stop, making his first of eight Top 8s at Pro Tour-Los Angeles. That event's top three players all hailed from New England, and Kastle lost to local nemesis Shawn "Hammer" Regnier in the semifinals.

The next trip to the Sunday stage brought Darwin to the finals of Pro Tour-Atlanta where he fell to Frank Adler. His success in back-to-back Limited Pro Tours handed him the label as the game's first Limited specialist – something that never seems to sit well with anyone who wears that title. Darwin quickly put an end to the idea that he could not do well at Constructed events with a Top 4 finish at Paris in 1997, the first Pro Tour held outside of the United States – recognition that could have come sooner, if not for a misstep in Texas.

"I became labeled as a 'Limited' specialist after finishing second at the one and only Sealed tour in Atlanta," explained Kastle. "Pro Tour-Paris was one of my more successful attempts at a rogue deck as I dismissed doubts that I could succeed at Constructed with a third-place finish. Frankly, in the Northeast I was known as a Type 1 player and only a foolish intentional draw with Mark Justice (whom I was in undue awe of) kept me out of the Top 8 of the Type 1 Pro Tour in Dallas."

After three Pro Tour Top 8s over the first two seasons, Darwin hit a mini-slump without any more appearances over the next two seasons. He did win a Magic Invitational – then known as The Duelist Invitational – and as his reward he created the always popular Avalanche Riders.

Darwin returned to the Sunday stage during the first event of the 1999-00 season as a member of Team Your Move Games. After defeating Jon Finkel and his Antarctica teammates in the semifinals, Darwin would go onto square off with Kurt Burgner of Game Empire (which also included fellow Hall of Famer Alan Comer) in the finals.YMG's victory in Washington marked Darwin's best finish on the Pro Tour and marked one of the most satisfying moments in his career, after three second- and third-place finishes kept him from glory.

"The three biggest highlights of my career were winning PT-DC, winning the Invitational in Rio, and winning GP-Manchester," he said. "This is because as awesome as a Top 3 in a PT is, you can only feel the purity of victory by finishing in first place. It was important to prove that I didn't have any psychological barriers to finishing first."

While Darwin won a Limited Pro Tour and started his career with back-to-back Limited Top 8s, he would close it with a display of Constructed prowess. After D.C., he reached the Top 8 of one more Limited Pro Tour – the following Pro Tour stop in London – before rattling off three more Top 8s in Constructed formats.

After an Extended Top 8 in New Orleans the season previous, Darwin was part of the YMG juggernaut that took down the top three spots at Pro Tour-Houston with three different Extended decks. Two events later, Darwin appeared in the Top 8 of Venice piloting dragons in the tribal-themed Onslaught Block Constructed Pro Tour.

Darwin has been working as game designer since he stopped playing on the Pro Tour. His induction has special meaning for him, as he has found himself looking back at his career and trying to put it into the context of his life.

"I look around me at other people my age with families, houses, and advanced careers," he said. "Then I wonder if I wasted prime years of my life pursuing a passion that was ultimately a distraction? This gives me something more tangible to show that my efforts over many years had meaning and are remembered. With the way things are going for me, perhaps I have been advancing my career all these years."

The induction and attendant Level 3 benefits will likely inspire Darwin to pursue high-level Magic once again, and don't be surprised if Venice is the not the last entry on Kastle's resume.

"Count on it," was Darwin's response when asked if he would indulge in his lifetime invitations. "It may take awhile before I have another impressive finish, but if you are patient, you can count on that too."

It should come as no surprise that Darwin took an opportunity to single out several players from various points in Your Move Games history when asked about who he would like to thank for his Pro Tour career. "Dave Humpherys, Rob Dougherty, Michelle Bush, Danny Mandel, and Brad Mennell. Especially Dave," he said.

The consistency that marked Darwin's career is an impressive sight, recording an amazing 48 consecutive Pro Tours and Worlds attended – from the very first to Pro Tour-Kobe 2004. With those appearances came results that put him in rare territory among Magic players, cementing Darwin Kastle's place in Magic history. 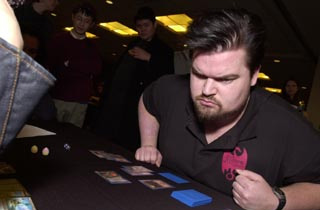 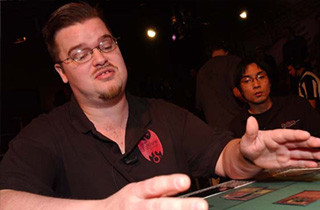 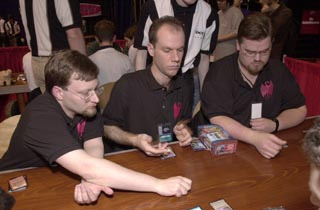 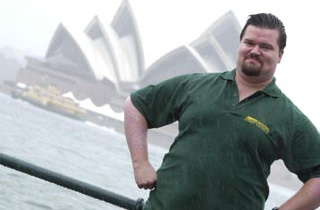