The first player to win two Pro Tours...Few players more closely associated with a deck as Hovi was with Stasis...Burst onto the Magic scene in 1996 when he qualified for Worlds at Finnish Nationals with this completely unexpected archetype...Piloted the deck to his first Top 8 at Worlds that year....Median finish of 28th in Pro Tours highest among Class of 2005.

Tommi Hovi first popped up on the radar during the inaugural season of the Pro Tour. He made a quiet debut with his Top 8 appearance during Worlds 1996, nudging Jon Finkel into ninth.

His next appearance was anything but quiet as he won Pro Tour-Los Angeles after a controversial judge call gave a match loss to his opponent David Mills in the finals. (Mills had continually played his spells before tapping his mana – a procedural error by the floor rules at that time – and received repeated warnings from the judge staff, which eventually resulted in him losing the match in unprecedented fashion.) Tommi never felt entirely comfortable with his win and yearned to "actually" win a Pro Tour.

"At the time it didn't matter to me," explained Hovi. "But later I realized some people didn't consider it as a true win. I still didn't think people recognized me as a good player so I wanted to have more good finishes."

He got his wish two seasons later when he dispatched Nicolas Labarre in the finals of Pro Tour-Rome with a Tolarian Academy deck. Not only did he get the win he had been craving, but he became the first player in the history of the game to win two Pro Tours – legitimizing the Pro Tour in the minds of many players as a skill-based arena.

"Not only did I think I had finally proven to the community that I could win a Pro Tour without a DQ, but during the games in the PT I also felt that I played the deck very well," Hovi said. "In L.A. it wasn't about my play skills as much as the fact that I realized green was underdrafted."

Tommi's most recent Top 8 appearance was a couple years later when he reached the quarterfinals of Worlds 2001. Tommi's career was much shorter than either Jon Finkel or Darwin Kastle, the top two vote-getters in the inaugural class. He played in only 30 Pro Tours compared to Finkel's 47 appearances and Kastle's 49. What is amazing is that during that relatively brief window, Tommi's median finish was 28th – meaning he was in the Top 32 in at least 15 of those events he played in.

Tommi marks Europe's impact on the Pro Tour as the only non-U.S. player to be inducted into the Hall of Fame by the Selection Committee in the first class (Olle Råde was later added by the Players Committee vote). While the game is dominated by players from all over the world today, that was not always the case. The quiet Finnish player – along with Råde – paved the way for the globalization of the Pro Tour and showed the world that while Magic may have begun in North America, that was not necessarily where it was going to end.

While Tommi was an obvious choice for the Hall of Fame to many observers, for him, his induction was a pleasant surprise.

"I'm very happy that I got into it, I thought I didn't have a good chance because I'm not very popular and I thought it would be some kind of good-guy competition," he said.

It seems likely that Hovi will show up at the Pro Tour again in the future, although how often remains to be seen. "It depends on several things: who else is going from Finland, where the PT is, and what format it's going to be (and where do I get a deck if it's Constructed). I think I'll go to some, maybe even all, but I can't say for sure yet."

As an interview subject, Tommi has always been known for his taciturn answers to questions (much to the frustration of Mark Rosewater at Pro Tour-Los Angeles, for example). When asked to single out anyone for thanks in regard to his Magic career, he instead looked inward and reflected on his thoughtful and analytical play style.

"I don't think there's anyone particular. I think the most important thing is to analyze your games afterwards and not blame bad luck for your losses. I always had a better feeling if I had lost because of my own mistake (might've been very small also), then if I couldn't find a mistake in my game. Then I knew I can still improve and win the game when the same situation comes around the next time." 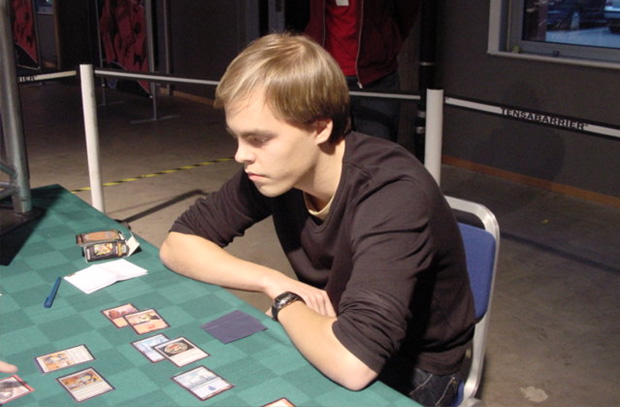 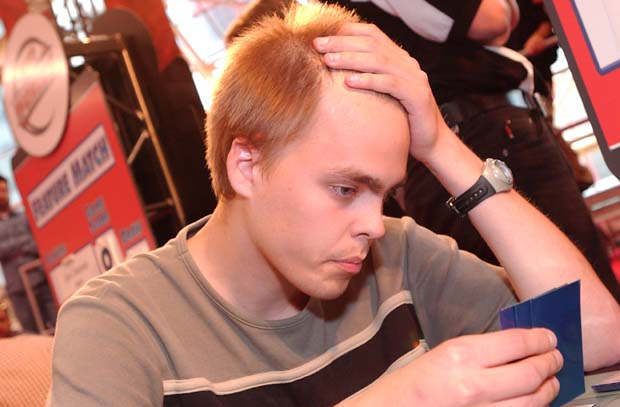 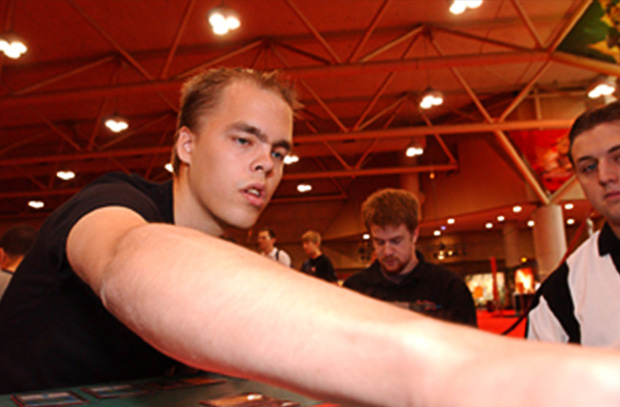