"The Great One" ... Holds titles from a Pro Tour, Grand Prix, Masters Series, and Invitational ... Player of the Year in 1999-2000 ... One of the keenest minds ever to play on Tour ... Overcame a brutal matchup to win Pro Tour-Chicago 1999 ... Immortalized in Dark Confidant, his creation after winning the 2004 Invitational.

When Bob Maher, Jr started playing on the top floor of the Puck Building in the Junior division of the very first Pro Tour, little did anyone know that he would go on to rack up every major title there is to win in this game – a run culminating in his induction into the Pro Tour Hall of Fame.

"I know that the Hall of Fame doesn't recognize Juniors," recalled Bob, "but to me that is still my first event. I remember thinking of how amazing it was that Magic could have an event like that. My first-round match was against Paul McCabe, future Player of the Year. I won. I had hoped to do well, but didn't know what to expect. I believe I ended up around 19th place, and I was happy with my finish."

The following season saw Bob earn a berth on the U.S. National team and quietly finish in 10th place at Worlds that year. His breakout finish came two seasons later when he dazzled the hometown Chicago card and made his surname the first name for Oath of Druids for many years after.

"My best memory of playing on the Pro Tour was winning Pro Tour-Chicago in '99," Bob said, not too surprisingly. "I had been playing on the PT without any real standout performances. It was a great feeling to get a win in front of my home crowd and my family. It was also a great feeling to win because you really start to think after a while that maybe you just aren't good enough to compete at that level. Anyone on the PT for a few years without making the Top 8 has doubts, and I was no different. That win gave me a huge boost in confidence."

It was one heck of a boost. Bob went on to make three more Pro Tour Top 8s and 10 Grand Prix Top 8s – including posing for the trophy shot three times. In 2000 he won the Player of the Year title after his finals showdown with Jon Finkel at the World Championships. Several years later he added Masters Series Champion to his resume when he knocked off Gabriel Nassif in the finals in Yokohama. As his career wound down, Bob topped it all off with Dark Confidant – his prize for winning the 2004 Magic Invitational.

Grand Prix, Pro Tour, Masters, Invitational, Player of the Year, National team member... Bob had accomplished everything there was for a player to do in the game of Magic. His most recent accomplishment was not something in his control, which only made it more significant in Bob's mind.

"When I started playing Magic, I was in high school, just playing at local tournaments and with groups of friends," Bob marveled at being elected into the Hall of Fame. "I never envisioned getting to play on a professional tour, much less getting inducted to a Hall of Fame. This is all far beyond what I could have even envisioned, and I am honored to be a part of it.

"It gives me a real sense of accomplishment to be inducted. It means that not only did I win a few tournaments, but I had the respect of my peers. It also gives you the feeling that you were truly great at something in life, and no matter what, that something is in your life. It is a very rewarding feeling."

Such a long, storied career isn't accomplished in a vacuum. Maher knows many people helped him on his way to the top, and thanks were in order.

"Wow, where to start?" Bob pondered. "My parents were probably the biggest factor in my success. My parents saw that I had a passion for the game, and always supported me. Courtney, my wife, has always been great. How far can you really go in any endeavor without the support of your significant other? The people I played with in Chicago and Madison. They are what make the game fun for me, and I wouldn't still be around if it wasn't for them. All the great friends I made during the Pro Tour, especially Neil Reeves and David Williams. They were the reason that I kept going back to the PTs."

1 Morphling 1 Shard Phoenix 4 Force of Will 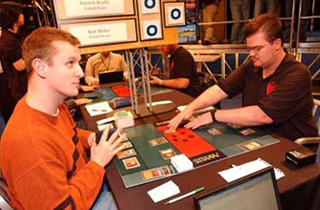 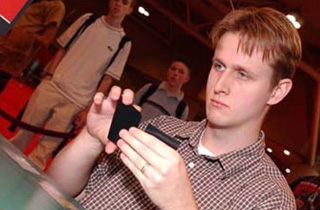 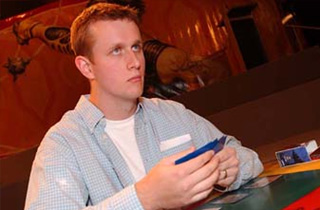 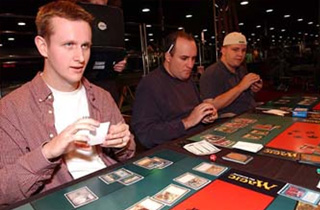 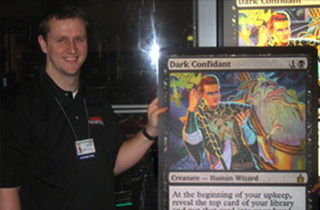