First active Pro to be enshrined in Hall of Fame ... Longtime Pro has played in 49 consecutive Pro Tours (as of 2006 Worlds), with no sign of slowing down ... 11 Grand Prix Top 8, with one title ... Resident Ask the Pro at magicthegathering.com, sharing his knowledge with a new generation of players.

Raphaël Lévy's first-ballot induction into the Pro Tour Hall of Fame represents the first time a current active player has been so enshrined. Lévy, who fittingly began playing on the Pro Tour at the first European stop on the Tour, was in the thick of the Player of the Year race and had already locked up Level 3 status in the Pro Players Club for the 2007 season with two Pro Tours to go when he was elected.

Raph looked back to his first time playing at a large event. Fittingly it was at Pro Tour-Paris, the same city where he will step up on stage this winter and slip on his Hall of Fame ring for the very first time.

"I qualified through a PTQ not so far from Toulouse, my hometown. Back then, winning a PTQ, becoming a Pro Tour player really meant something! I had absolutely no clue of what was ahead. I was only 15 and did not really have anyone to playtest with for that event," reminisced Raph. "I was told so often that everyone was so much better on the Pro Tour, that I believed it. I did pretty poorly there, but mostly due to my lack of preparation. I knew I could and would eventually take those guys! I qualified for Worlds the same year through my Nationals, where I did much better there than in Paris. I won what would be the last PTQ I would ever play in to qualify for Pro Tour-Mainz the following season."

Raphael has remained a constant fixture on the Pro Tour ever since Paris, with his streak of events attended hitting 49 at the 2006 World Championships. He was second among all Hall of Fame-eligible players in lifetime Pro Points and has managed a very impressive median finish when you take into account 10 years of solid play. The only thing missing from Lévy's resume are Top 8 finishes – he is also the first player to be enshrined with fewer than four Top 8s on the Pro Tour. That's something that worried Lévy as he waited to see how he fared in the balloting.

"I believed I had a fair shot but I knew it would be hard, mostly because one of the most important criteria, the thing that stays in memories, is PT Top 8s, and I only have two of them," Lévy explained. "People around me told me that the voters will take seriously into account my consistency and longevity. That kind of scared me as I started to believe that I would make it for sure but I knew I had to keep my expectations as low as possible to not be disappointed in the case I would not have made it."

While he does not have the basis for comparison, Raph was confident that there could not be a greater feeling than the one he has been experiencing since learning of his induction: "When I first heard of the Hall of Fame, I thought that it would be something I would love to be part of. I dedicated half of my life to that game I love so much. What if the game itself thanked me for such a dedication? I saw Olle, Darwin, Tommi, Alan, and Jon last year in Yokohama and I told myself: this has to be better than winning a Pro Tour. Unfortunately, I haven't had the chance to win one (yet?), but it feels like this is the supreme recognition. I felt that way when I saw my Pro Player Card in Ravnica starter packs, but this is the next step, the highest step."

Raphaël seemed overwhelmed by the honor and wanted to make sure he expressed his gratitude to the many people who were there for him along the way. "Looking back at everything I have achieved in the last 10 years is strange and exciting. I am glad I will be inducted in the same city where everything started for me, almost 10 years ago. I am also very happy that my closest friends will be able to attend that wonderful day.

"First of all, I would like to thank my parents, who have always been there for me, and who trusted me when I started playing the Pro Tours. Parents don't like to see their kid going away for a few days, skipping school and jeopardizing the success of their studies. But they allowed me to go, and I didn't fail them.

"Then in no particular order, I'd like to thank my closest friends, all the ones who have been there for me when I needed them and who I hope are now proud of me today: Jaybee, Yohan, Mathieu, Marc, Mattias, Emilie, Carly, and Lisa. Also all the Magic community that supported me, and a special thank to all of you who always make my journeys to the PTs memorable: Olivier, Alex, Antoine, Geoffrey, Berber, Manuel, Amiel, all the Dutchies, and many more..." 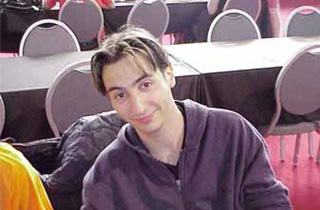 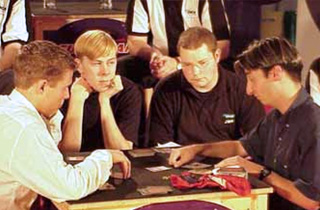 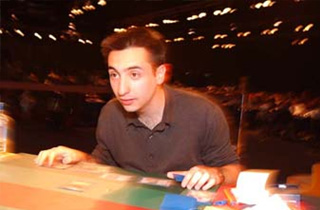 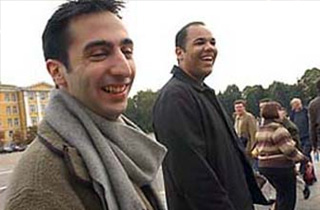 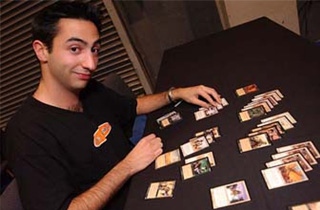