One of the most common posts in any thread about the Hall of Fame has gone something along the lines of: "OMG! How can you have a Pro Tour Hall of Fame without Kai Budde?"

It is pretty hard to imagine a Magic Pro Tour of Hall of Fame and not immediately think of Kai Budde, and even harder still to imagine that he accomplished everything in his career despite not playing on the Pro Tour until Mainz in 1998—making him ineligible until this class.

While the German Juggernaut has the second-most Top 8 appearances of all time, he emerged from those Top 8s as the winner in seven of nine tries. Those seven wins are not just more wins than anyone else in the history of the game; you have to add up the wins of the next three players on the Pro Tour winners list to equal the number of Kai's wins. His string of wins was so preposterous that he literally made Eric Taylor eat his hat. (Eric made a public wager that Kai could not possibly win Pro Tour–New Orleans. One timely Morphling later and Eric was reaching for the ketchup.)

Not surprisingly Kai won the Player of the Year title four times (three of those being in consecutive years). He is also the Lifetime Pro Points leader with a gap of more than 90 points between him Jon Finkel, who is No. 2 on the list. Along the way he also racked up seven Grand Prix wins. Among his 14 GP Top 8s, he never finished worse than third. Not enough? How about three quarterfinal Masters appearances with one win?

The numbers are simply staggering, and to think it all began with a trip to a Pro Tour Qualifier for the second Pro Tour in New York.

"I won a PT Qualifier in Hamburg," recalled Kai, who eventually would move to that part of Germany. "I still remember a guy, who was the self-proclaimed best Type 2 player in Germany back then, passing me a Kor Chant while he took a 2/2 creature for with a Disrupting Scepter ability. He was playing 6/6/6 mana with six of those being Plains. That Kor Chant won me the semifinals."

Kai had the option of playing in either the Masters or Juniors division of that event, but based on comparing himself with some of the local players in Cologne, he did not feel confidant that he was ready to slug it out with the older players.

"I did not exactly have high expectations going into the event. Back then I was not nearly the best player in Cologne. Frank Adler had won the Mirage 'prerelease' PT a while back and there were several others that were just better. (That Pro Tour) was the final stop of the PT that had both a Masters and Juniors division and they called this the Junior World Championship. Figuring that I was not going to do very well in the main event, I just used my qualification to play in the Juniors tournament. I 4-0'd my first draft but then dropped two straight in the next including being shot down by an Aladdin's Ring. If I won one of those two matches, I would have been Top 8 with a draw but after winning my last round to go 1-2 in that draft, I finished top 16, if I remember correctly."

That Top 16 was good enough to get Kai qualified for the next Pro Tour. While he played in the Junior division, Kai later realized that he was playing against some Master-level talent.

"A few years later the DCI added their match by match database and I saw that in that Juniors Division my opponents in the first draft included Jamie Parke and Brian Kibler, and one of my losses in the second was Eric Philipps. So the opponents there turned out to be able to play Magic pretty well a few years later."

Kai remembered barely squeaking into Day Two of his first 'grown-up' Pro Tour in Mainz, Germany. It all came down to a crucial third game in the final round:

"My opponent had me pretty much beaten. I was horribly mana flooded, he had two creatures and four lands in play and I had 11 lands and my last card in hand was a land. Now if he played one of the creatures in his hand, he would have 100 percent won. He decided to go with a Mana Severance though, removing all the lands in his deck from the game as he figured he could not possibly lose if he never drew a land again."

"My next draw was Capsize. He had two relevant permanents and his four lands would never again in the game allow him to play more then two threats at once and he had no tricks/burn in his blue/white deck to get out of the Capsize lock."

With such an impressive resume it would seem unfathomable for Kai to not be enshrined in the Hall of Fame on the first ballot, but when you are talking about a process that involves gamers there is always some concern. Because it was such a tough ballot there had been speculation that some voters would assume that everyone else was voting for Kai and therefore could use their five votes on other players.

"To be honest, when I read that they are going to introduce a Pro Tour Hall of Fame, I liked my chances to eventually make it. After the voting started I was slightly worried that either people did not vote me as I would get in anyway or that I just stopped too long ago to get enough votes," admitted Kai. "But after reading a few of the voting articles, I felt pretty safe."

What does getting into the Hall of Fame mean for Kai?

"First of all it means I am going to play some tournaments again, which I am looking forward to," replied the inveterate gamer. "Playing in big events has always been the most fun to me, but I was definitely not going through the PTQ circuit again or try to keep up Level 3 if I should make it there at some point. For a long time I devoted most of my time to Magic and to that extent, I don't want to and won't be able to do that again. Being voted into the Hall of Fame shows me that the people who did those votes recognize the time and effort I put into playing Magic and believe I should be a future part of the Pro Tour as well, which makes me feel even better about looking back at my time on the Pro Tour."

This means we can look forward to seeing Kai play in New York this December. Could we be looking forward to a tenth Top 8 as well?

"I am definitely going to play in Worlds. I already made sure I would get enough days off work, in case I got into the Hall of Fame," Kai confirmed. "I don't think I am going to miss many Pro Tours that are within a 6-8 hour flight's reach. I am not a big fan of flying to Japan and back just for a few days over there. Chances are I will not attend many events in Asia. Other then that I plan to attend most Pro Tours/Worlds if my work schedule allows and the format seems fun. For example I have high doubts I will ever attend a 2HG event, but I won't miss European or East Coast Limited tournaments. And making a Top 8... sure, why not? I still think I know how to play those cards. Also if you play in enough PTs, odds are you get lucky sooner or later. I've been fortunate enough in the past when I needed it, why not again in the future?"

"As I already suggested, I appreciate getting the votes to make it a lot," said Kai when asked if there was anyone in particular he wished to thank. "Other then that I think the people that helped me get there during my time on the PT know who they are. The list is too long and includes family, friends and even teachers who allowed me to take time off school to travel and play in events, so I am not going to list everyone here. Thanks, guys." 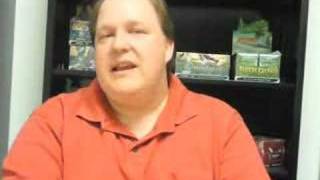 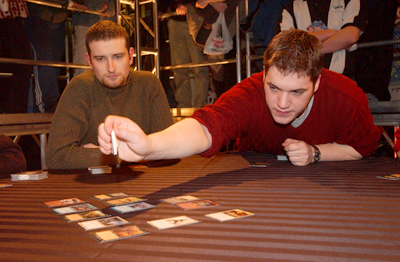 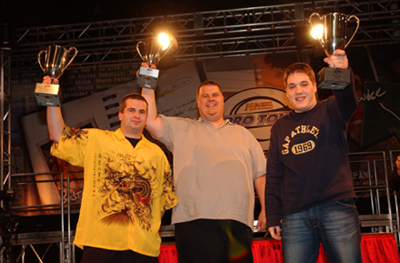 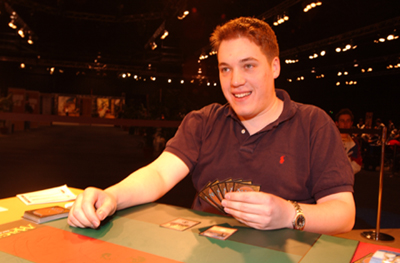