The first Magic superstar from Japan ... First Japanese player to make a Pro Tour Top 8, blazing a trail for many more to come ... One of the game's most influential deck designers ... Made the finals in two Pro Tours (one Block Constructed, one Limited) ... 2004 Japan National Champion ... Twelve Grand Prix Top 8, including two wins.

When Tsuyoshi Fujita squared off with Zvi Mowshowitz in the finals of Pro Tour–Tokyo, it was a momentous occasion. It may seem shocking to imagine a time when Japan was not one of the dominating forces on the competitive Magic scene, but before Tsuyoshi's Top 8 turn no Japanese player had ever played beyond Saturday at the Pro Tour level.

"It doesn't feel real. It's much more like some kind of dream," was Tsuyoshi's reaction at the time of crossing the Top 8 threshold. Since that appearance he has gone on to make the Top 8 of three Pro Tours in his career (including another finals finish), reached the Top 8 of a dozen Grand Prix tournaments, and been the Japanese National Champion in 2004.

Tsuyoshi is 10th on the all-time money list and 11th on lifetime Pro Points, tops among all Japanese players. Tsuyoshi became one of the first Japanese players to travel outside of his region for Grand Prix competition and is widely recognized as one of the game's great deckbuilders. His Sneak Attack deck for Grand Prix–Seattle was one of the most unexpected decks that season and his refined Goblin Bidding deck that won Grand Prix–Bangkok became an industry standard.

When asked which of his Magic accomplishments stands out most, Fujita was quick to show his trademark humor: "Spreading the fame of 'Go Anan' and his decks throughout the world!"

"All kidding aside, I am really happy when I think about how many people use my decks and how well they perform," he said. "Including Kuroda's win at Kobe, ever since Tokyo all of my Block Constructed decks have made Top 32 at a Pro Tour. Thinking about it objectively, if I may say so myself, that's pretty amazing."

Fujita's Pro Tour career began at the 1998 World Championships when he finished 99th—the highest placing by any Japanese player in the tournament. He went on to post a Top 64 and Top 32 during the following season before blazing a Top 8 trail that would become well-worn by the likes of Masashi Oiso, Kenji Tsumura, Tomoharu Saito, Shuhei Nakamura, and Masashiro Kuroda.

Fujita says that a certain Hall of Famer played a big role in his development as a Magic player.

"Back when Jon Finkel was in his prime, all the good American players were strong. I mean, really strong. I fell in love with them. Around the time Finkel won Worlds in Belgium, I was seriously thinking about enrolling in a study-abroad program so I could go to the U.S. and study Magic with him and the other pros."

There is little doubt that Fujita will be sitting down for the first round of action at this year's event. His monoblue Pickles build from Pro Tour–Yokohama nearly got Masahiko Morita his first Top 8 and has become one of the dominating archetypes of this Block Constructed season. He is the only player from this year's class who already had Level 3 status and he will also be playing in Valencia, where he will no doubt have an exciting deck in store.

"I have always been a competitive person," Fujita admits. "I love playing hardcore with other people. So, to me, Magic is the ultimate hobby.

"It may even be the most important thing in my life."

4 Force of Will 3 Misdirection

4 Through the Breach 1 Cave-In 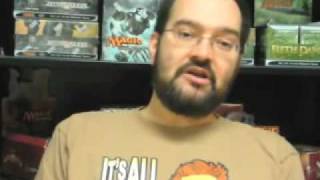 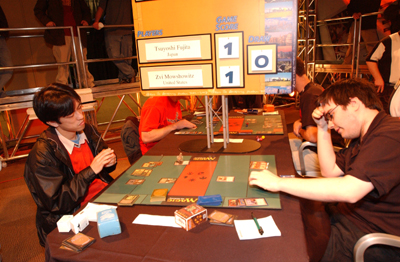 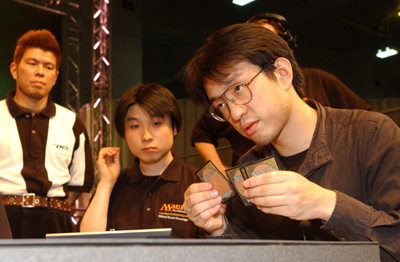 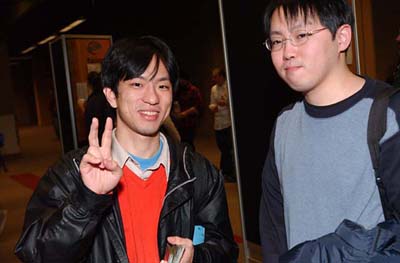