The cornerstone of the Dutch Magic community as a player, judge, and tournament organizer ... Four lifetime Pro Tour Top 8s and eight Grand Prix Top 8s ... Since qualifying in 1999, has attended 62 out of a possible 64 Pro Tours ... Became the first player to defeat Kai Budde on a Pro Tour Sunday ... Runs the Bramvitational each year, an invite-only tournament for the Dutch Magic community.

The career of Bram Snepvangers began at the 1997 World Championships after he finished fourth at Dutch Nationals to make the Worlds team. Coming into the event, Bram was hoping for the Top 32 finish needed to qualify for the next Pro Tour. He fell short of that mark and would not get back to the Pro Tour until Pro Tour–Chicago 1999.

"The rules were a lot stricter—no Ruling by Intent," recalled Snepvangers of his first Pro Tour experience. "If you put your Harrow in the graveyard and didn't search for land yet, you chose not to find any. I ended up just short of top 64. We didn't lose a team match, but still didn't win anything. I was hoping for top 32 to qualify for the next Pro Tour."

He made his debut on the Sunday stage at Pro Tour–Nice in 2002 in the Odyssey Block draft format. While he did not win that event, he did accomplish something perhaps more memorable: he became the first Magic player to defeat Kai Budde in an elimination match at the Pro Tour. To that point the German Juggernaut had won every single match of Magic he had played on Sunday at the Pro Tour, but Bram soundly defeated him three games to zero and reached the finals of that event.

Bram's next trip to the Top 8 came in 2003 in Chicago, a Sunday field that now boasts four Hall of Famers (Jon Finkel, Kai Budde, Nicolai Herzog, and Bram). It was his second Limited Top 8 and that trend would continue when he made his third Top 8 in Kobe during the 2006 season.

To that point Bram had assembled an impressive career, but it had not been enough in the minds of Hall of Fame voters to put him in during his first several years of eligibility. That changed during the 2009 World Championships in Rome when Bram finished in the Top 4 and raised his profile to be considered seriously for enshrinement the following season. The Dutch Magic community rallied around Bram and organized a grassroots campaign to make sure Bram was present in the minds of voters all around the world.

In addition to his four Pro Tour Top 8s and another eight Grand Prix Top 8s, Bram has been a pillar of the Dutch Magic community as an organizer and judge. He is personally responsible for training and certifying the vast majority of the world's Level 5 judges and, in addition to playing in just shy of 4,000 sanctioned Magic matches over his career, Bram has also organized more than 700 tournaments for the DCI. Not included in that total is the Bramvitational, an annual invitation-only tournament that incorporates wacky formats that Bram creates to showcase and challenge the best players in his community.

"Getting into the Hall of Fame became a real possibility when I made Top 4 at Worlds last year. I expected it to be close," said Snepvangers when asked about the possibility of making the 2010 class. "I was really happy with the result, obviously. I was mostly relieved that I made it in after all. It means a great deal to me—especially the support from the Dutch community in getting there."

After fighting so hard to remain qualified over the years for Pro Tour after Pro Tour, Bram now finds himself qualified in perpetuity and he expects to continue coming to every event—although he might not play in as many Grand Prix as in past years now that the Pro Tour invites are less relevant to him.

"It may change whether I play or judge a GP sometimes," said Snepvangers of his bottomless supply of blue envelopes.

With such a long and multifaceted career it is no surprise that there was a long list of people that the newly enshrined Hall of Famer wished to thank for his career and ensuing induction.

"Teun Zijp for spearheading the Dutch community's effort to get me into the Hall of Fame and for organizing a lot of great tournaments!" replied a grateful Snepvangers, when asked if there anyone he wanted to single out. "The Joker in Utrecht and 2 Klaveren in Amsterdam for providing a place to play, the others of team Angstschreeuw—Jos Schreurs and Menno Dolstra—for playing and preparing for a lot of tournaments together, the other Dutch pros for preparing for a lot of tournaments together, and Robert van Medevoort for taking over when a lot of Dutch pros quit."

1 Morphling 4 Force of Will 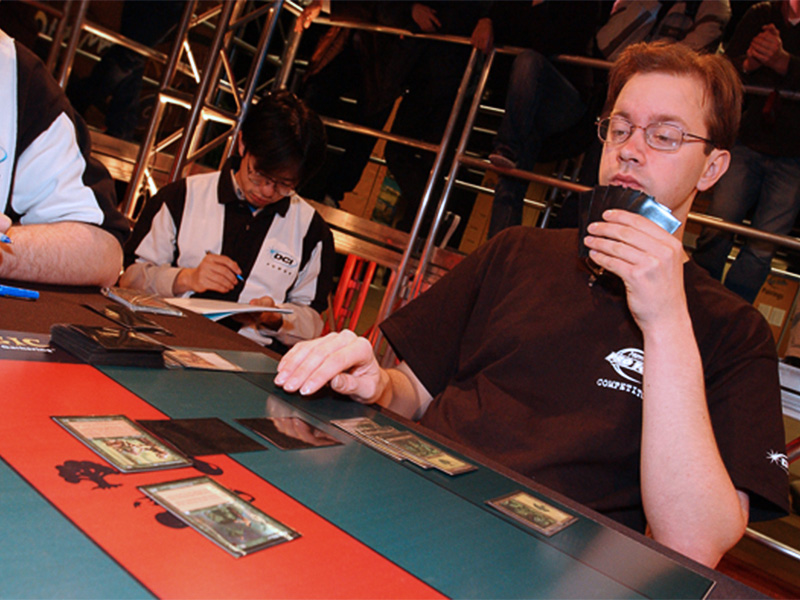 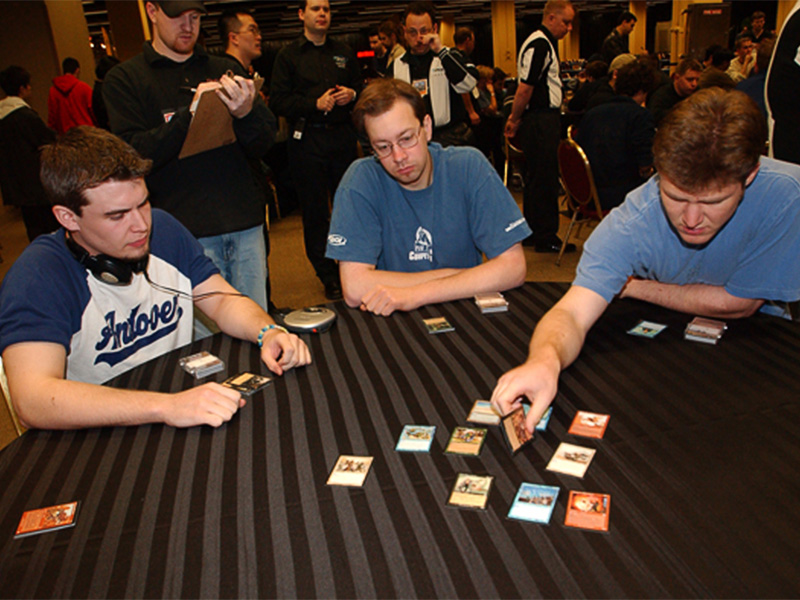 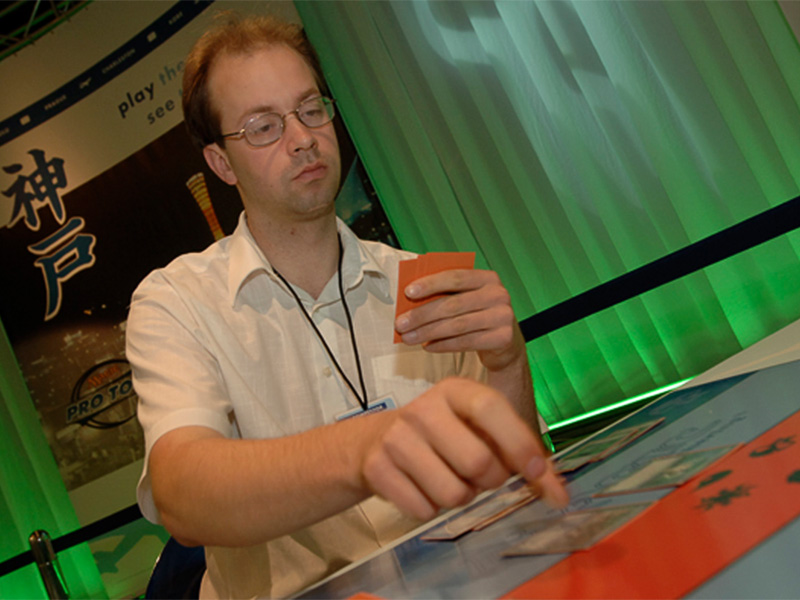 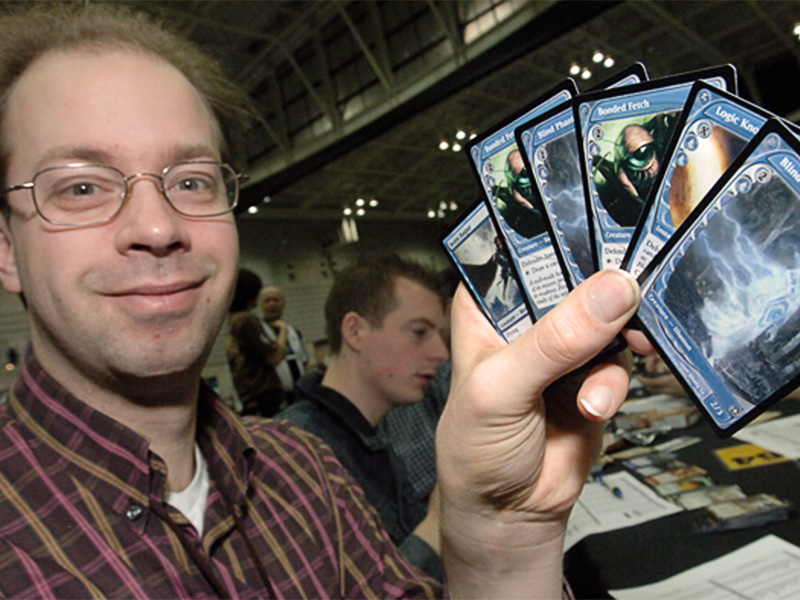 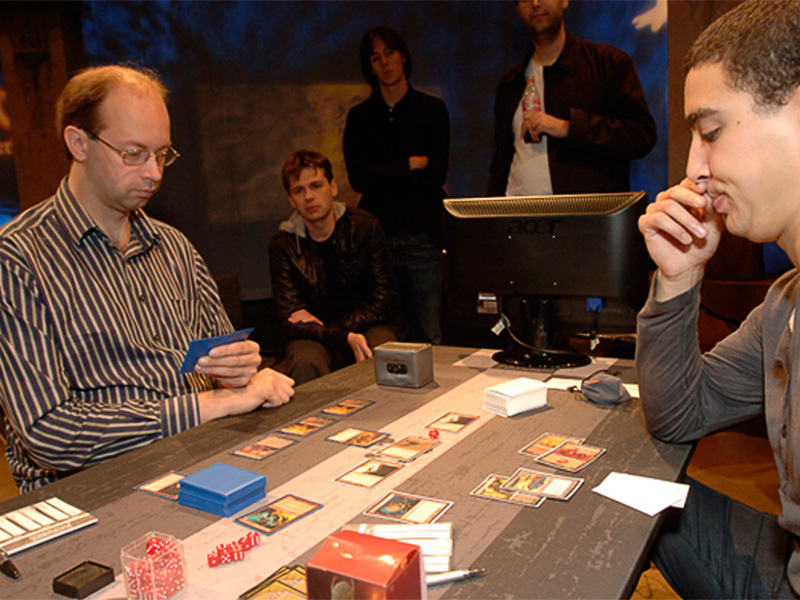