Began Pro Tour career at the age of 15 in the Junior division of the very first Pro Tour in New York ... Known as The Dragonmaster for famously Armadillo Cloak-ing up Rith, the Awakener in his first Pro Tour Top 8 ... Came back to the Pro Tour in 2009 and posted three Top 8s in six events, including a win in Austin ... Prolific writer, commentator, and socially networked personality for Magic for his entire career.

Brian Kibler has seemingly had three Magic careers as a professional. His playing days go back all the way to the frozen streets of New York City and the very first Pro Tour in the Junior Division. It was not until Chicago 1998 that he would get to play in the big leagues, when he got there by winning one of the tougher Grand Prix Top 8s of all time.

"I played in the Junior Division of the very first Pro Tour, which I 'qualified' for by having my mom call in. Tough stuff, huh?" laughed Kibler about the first steps on his road to the Hall of Fame. "I didn't have quite as easy a ride qualifying for my first 'real' Pro Tour, though, which I did by winning Grand Prix–Toronto back in 1997. Everyone I played in the Top 8 of that event went on to work at Wizards, including Hall of Famer Mike Turian, PT champion Matt Place, and mad genius Erik Lauer. For that Pro Tour, I ended up playing the same deck as Jon Finkel almost card for card. He went on to finish third and start his reign as the best player in the world, while I slipped back into obscurity for a few more years."

He played in two Pro Tours that first year and despite a Top 64 finish in LA 1998 he did not get back there until the tail end of the 1999-2000 season which he would close out with a Top 64 finish at Worlds. He would earn his first Top 8 and an indelible nickname: The Dragonmaster. Playing in the semifinals of Chicago 2000 Kibler squared off against Hall of Famer Zvi Mowshowitz in a Fires of Yavimaya Standard mirror match ... except Kibler had something special in store for Zvi and the throng of onlookers.

"My dream is to make these kids' dreams come true," said Kibler, pointing a finger to the crowd as he sided in his famous Armadillo Cloaks. "They want to see Rith with Armadillo Cloak smashing you from the red zone."

Kibler won the match with exactly those two cards and earned a special place in the hearts of Magic players everywhere and his third-place finish was the best Pro Tour showing of the second leg of his career. During that time he would make the Top 8 of a Grand Prix five times with two trophies to show for his efforts, make the Top 8 of Nationals multiple times, and become one of the most popular writers and personalities in the game before retiring at the end of the 2004 season—a year before the advent of the Pro Tour Hall of Fame.

When Kibler did not get into the Hall of Fame during his first couple of years of eligibility as a retired player, he experienced a new-found fire to play and suddenly found himself back in the PTQ trenches looking for a blue envelope that would let him start the third leg of his career. He won a PTQ and the right to compete in Pro Tour–Honolulu and promptly made his second career Top 8. It was at his very next Pro Tour that he finally did what he had been trying to do for more than a decade and a half when he won Pro Tour–Austin. In the six Pro Tours since his return, Kibler has made the Top 8 three times with a win, made two Grand Prix Top 8s including his third career win, and earned the Hall of Fame induction that drove him back to the PTQ circuit the year before.

"I definitely felt like I'd missed an opportunity when the Hall of Fame was announced after I'd stopped playing on the Pro Tour," said Kibler. "I knew that my past results wouldn't cut it and also knew that I could have done better. I think the biggest change in my game since my first run on the Pro Tour is just maturity. I have a much better perspective on the game and on life in general, and it helps me stay focused at times that I may have otherwise gone off the rails in the past."

Kibler has admitted that getting back to the Pro Tour through the PTQ circuit was harder than he thought it would be initially, and part of his joy at being inducted was knowing that he would never need to return to that grind.

"I actually once joked a few years ago that I wanted to get voted into the Hall of Fame just so I'd never wake up on a Saturday and think that going to play in a PTQ was a good idea. I may have had immediate success once I got back on the Pro Tour, but it took me a long time to get there again, and I'm not sure I could do it again. I sure am glad I don't have to!" Kibler said of his road to the Hall of Fame.

When thinking about the impending ceremony at the World Championships in Chiba, Kibler responded with humility.

"I'm still not sure I believe it," he said. "I'll be sure to pinch myself when I'm up on stage to make sure I don't wake up as the 13-year-old kid who thought his deck of nothing but Llanowar Elves, Wild Growths, and Craw Wurms was unstoppable. Literally nothing I've done in my life has had a bigger impact than playing Magic. I've traveled the world, met countless amazing people, many of whom became my closest friends, and built a career making games all because one day I saw some people with some cards that looked cool and decided to check it out.

"I'm thankful every day for what Magic has brought to my life, and I see my Hall of Fame induction as an indication of the effort that I've put forth to leave my mark on it," said Kibler. He went on to single out several people he wanted to thank for their hand in his career. "Ben Rubin, for being a remarkable testing partner and one of the smartest guys I've ever met. Success in Magic does not occur in a vacuum, and I would not have done as well without Ben in my corner. All of my fans—it's so weird to me that I have fans, even today—for supporting me and cheering me on.

"More than anything, to my number one fan, my mother Kathy, who sadly cannot see this because she passed away from cancer several years ago," Kibler said. "She always supported me in pursuing my dreams ever since I was young, even when those dreams involved a teenage kid flying around the world playing cards. I wouldn't be here without her, in more ways than one. We did it, Mom. This is all for you." 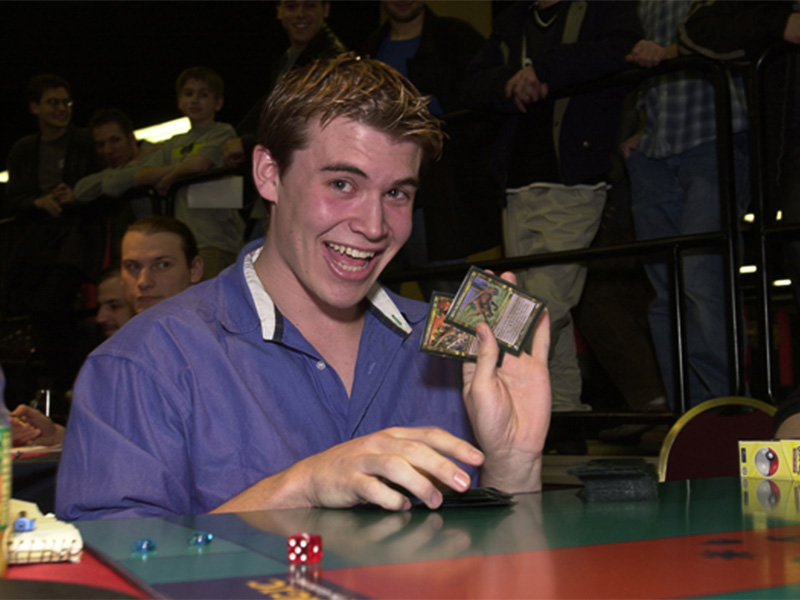 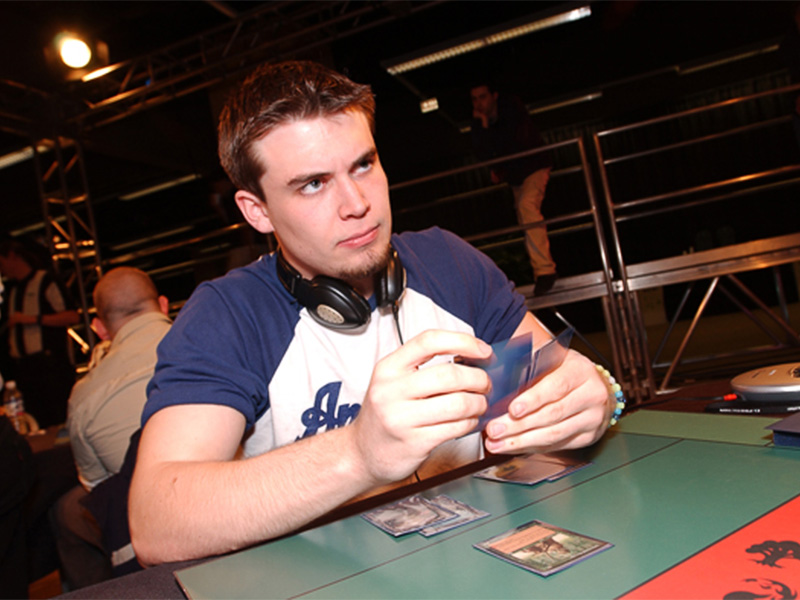 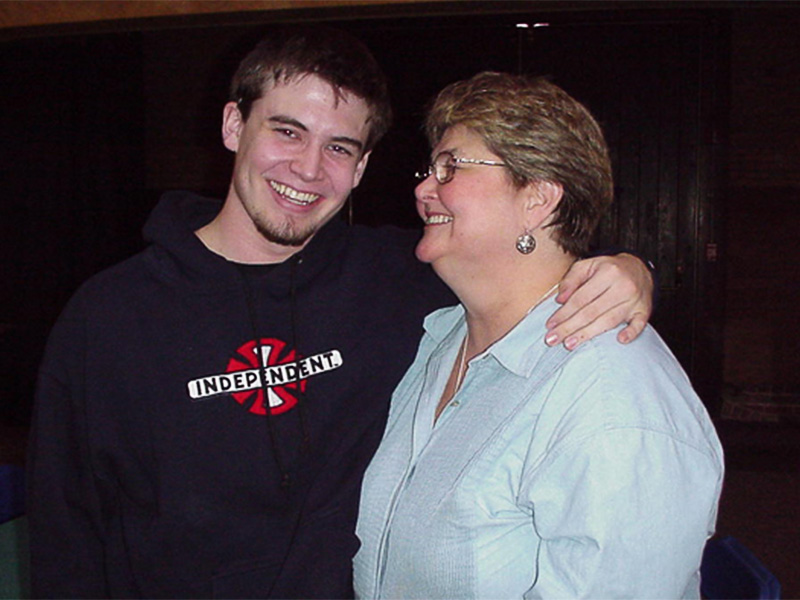 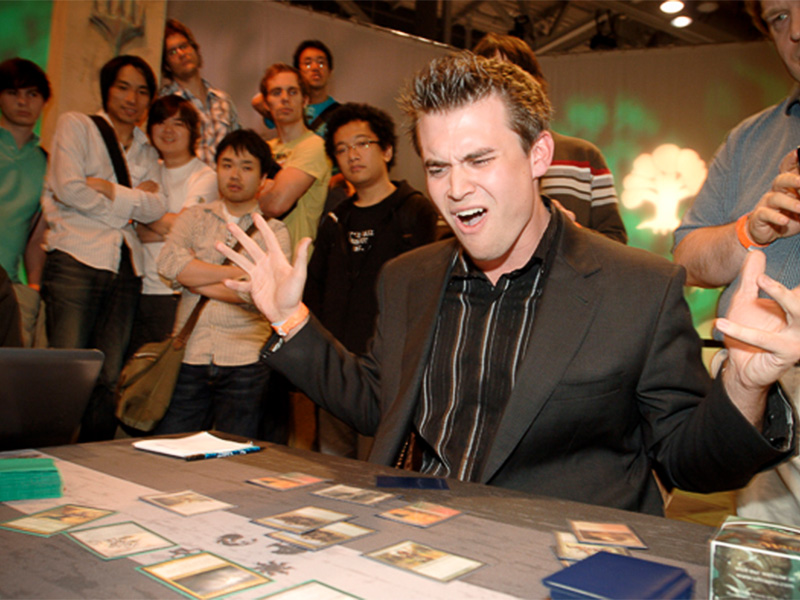 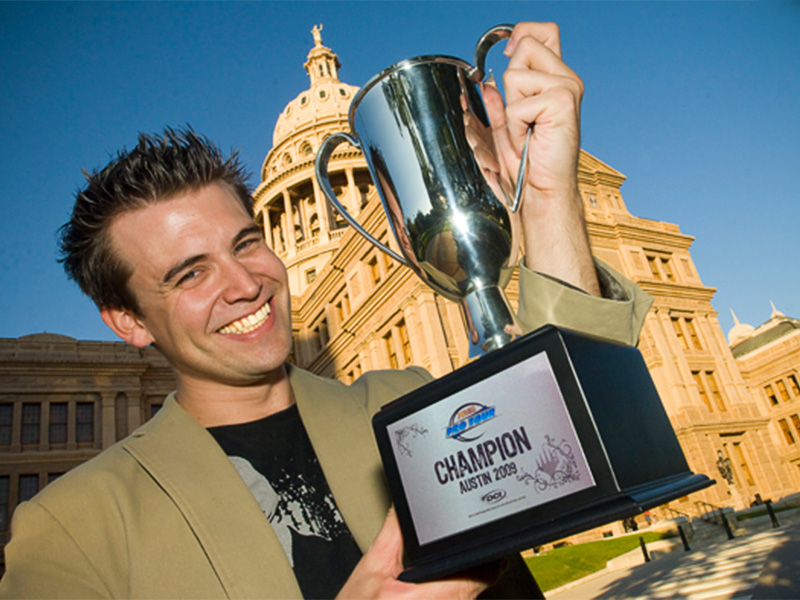