Nine Pro Tour Top 8 appearances highlighted by win at Pro Tour San Juan 2010 ... Finished in the Top 10 of the Player of the Year Race five times ... Made the Top 8 in 12 Grand Prix, including win at Singapore 2011 ... The first South American player to be enshrined in the Pro Tour Hall of Fame ... A key figure in the Channel Fireball superteam and popular columnist.

Brazil's Paulo Vitor Damo da Rosa burst onto the scene at Pro Tour Charleston alongside his Raaala Pumba teammates Celso Zampere and Willy Edel after a steady string of money finishes the previous season. Damo da Rosa became the poster child for getting airfare along with PTQ qualification, since that was what allowed him to start traveling to events—an expensive proposition when it includes flying over the equator. Fittingly, Damo da Rosa found out about his election into the Hall of Fame at a Grand Prix in Brazil.

"I thought there was a good chance I'd make it, especially after I saw the ballots on articles and on Twitter," said Damo da Rosa, of how he thought this year's ballot would play out. "I was surprised to receive the news at GP Sao Paulo, since I imagined I'd only know the results on Friday along with everyone else—the Wizards representative congratulated me and shook my hand and it took a while for me to figure out what was going on, but when I did I was very thrilled and relieved that I had actually made it, and excited for what it meant."

It's hard to imagine anyone who follows the Pro Tour was at all surprised by the news that Damo da Rosa was elected. His name has been circled on people's ballot for as long as he has been past the 100 Pro Point threshold to qualify him in his first year of eligibility. Over the course of his ten-year career he is averaging just under one Pro Tour Top 8 per season, with a staggering nine Sunday appearances to show for it.

His first Pro Tour appearance came at the 2003 World Championships in Berlin, when he qualified on rating.

"I remember almost everything… I qualified via Latin America rating—Top 8 qualified back then—and Devir, our distributor, paid for everyone's trips," said Damo da Rosa. "We met the people from Portugal and Spain in a resort in Spain and playtested for a while. I didn't have great expectations, I was very thrilled to have finished in the Top 64, and I remember I had to beat Darwin Kastle last round to do so."

Damo da Rosa built on the Top 64 finish and continued to post better and better money finishes before finally breaking through in Charleston. From there, he has gone on to be one of the best players in the game and not someone you want to face in a bubble match for the Top 8 of a Pro Tour—he has never lost a win-and-in match on the Pro Tour in his career. While it seemed like he emerged as an elite player almost overnight, it did not feel that way to him.

"It's a very gradual thing—I kept getting better and at some point I was better than most other players, but it isn't like you accumulate experience and then level up all of a sudden," said the always-analytical Damo da Rosa. "It's not really about results, either—even now, I sometimes think, 'Wow I played that game really well; most people would have played differently,' and sometimes I think 'Wow I played that game terribly; I have to get a lot better,' and it doesn't really have much to do with whether I won games or not, just my perception of whether I'm playing correctly, so I can't say the moment was 'when I did well at this certain tournament.' "

Paulo earned a trophy when he won Pro Tour San Juan, which is part of a triptych of treasured memories for the first South American Hall of Famer.

Don't expect Damo da Rosa to ease up on the gas pedal now that he has a golden ticket to every Pro Tour. He is still playing with one goal in mind for each season.

"I'll still try to get Platinum. It might make a difference in the future if I happen to play less, though," said Damo da Rosa, who went on to talk about what being elected meant for him. "It means a lot; it's a great honor. It means I've made a permanent mark in Magic's history—no matter what I decide to do with my life, where I end up or how long it takes, I'll always be a member of the Pro Tour Hall of Fame; that's going to be part of my life now and forever."

Don't be surprised to see Damo da Rosa rack up some more Top 8s and get into that rarified double-digit air that only Jon Finkel and Kai Budde have gotten a deep breath of in Magic history. You can also expect him to continue to delve deep into the aspects of the game that have made him one of the game's most popular strategy authors. He wanted to take a chance to thank some of the people who have helped him along the way.

"There are many people I could thank, but the most important one is my mother—she was my biggest supporter by far when I started playing, and she still is. When I was young—very young, like nine—she didn't trust leaving me alone at the store, so she spent countless hours there waiting and doing nothing just so that I could play, and she paid for my first tickets even though there was no reason to believe I'd do any well. Without her, I'd never even have started playing, let alone gone to tournaments.

"Then, there's Willy—Willy was a big part of my transition from good to professional. He taught me a lot not only about playing but about the traveling lifestyle, and he's always been sort of an older brother to me.

"Finally, I'd like to thank LSV [Luis Scott-Vargas], who has been a big part of my Magic life in the past few years—without him, we wouldn't have the powerful team we have and I wouldn't be writing for ChannelFireball, which I really like to do. He is also a very good friend and has done a lot for me, both in and out of Magic."

4 Huntmaster of the Fells 3 Solemn Simulacrum 3 Thrun, the Last Troll

1 Innocent Blood 2 Life from the Loam

4 Jace, the Mind Sculptor 1 Damnation 4 Leyline of the Void 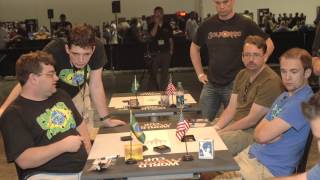 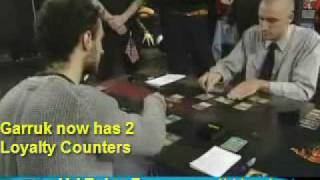 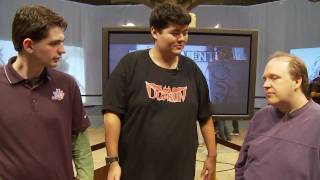 Worlds 2009: Catching up with Team Brazil 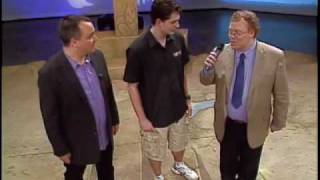 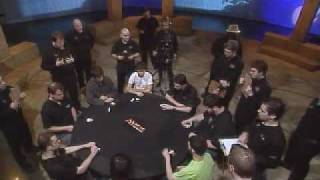 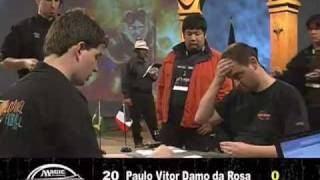 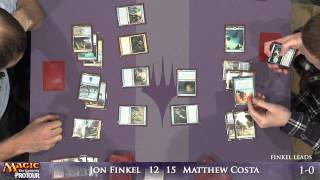 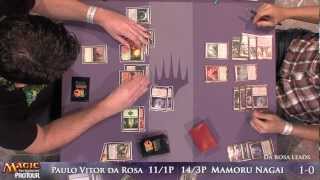 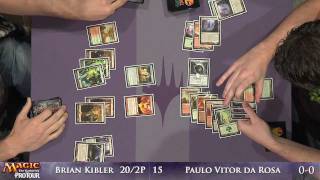 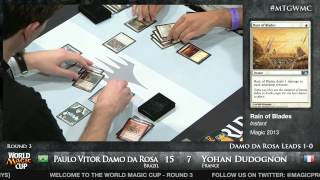 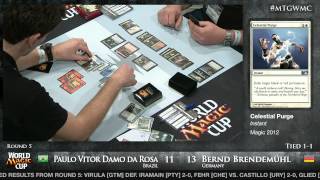 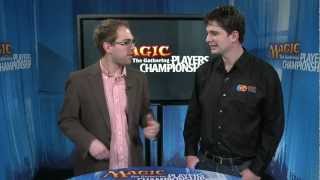 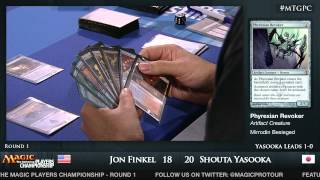 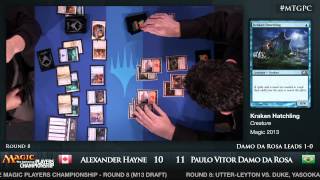 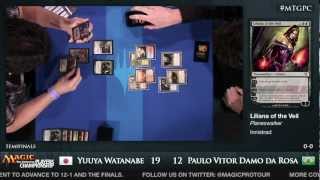 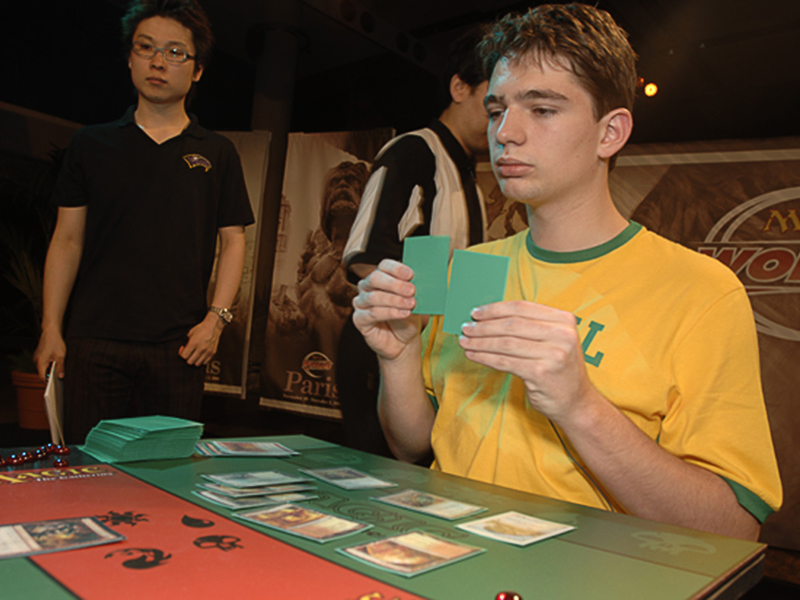 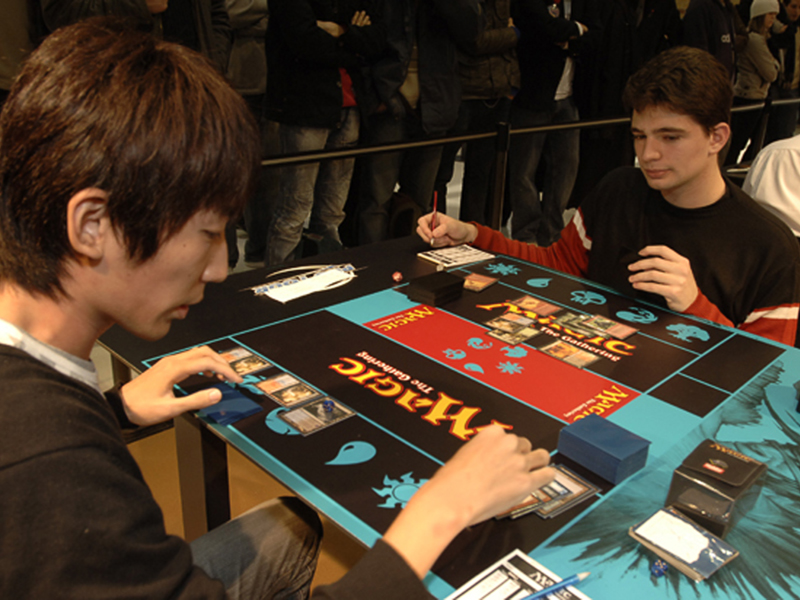 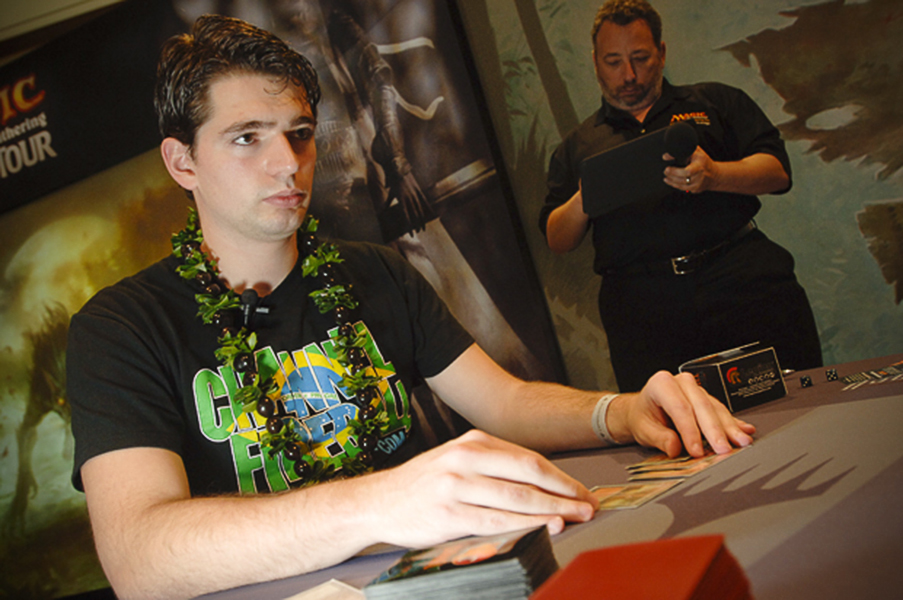 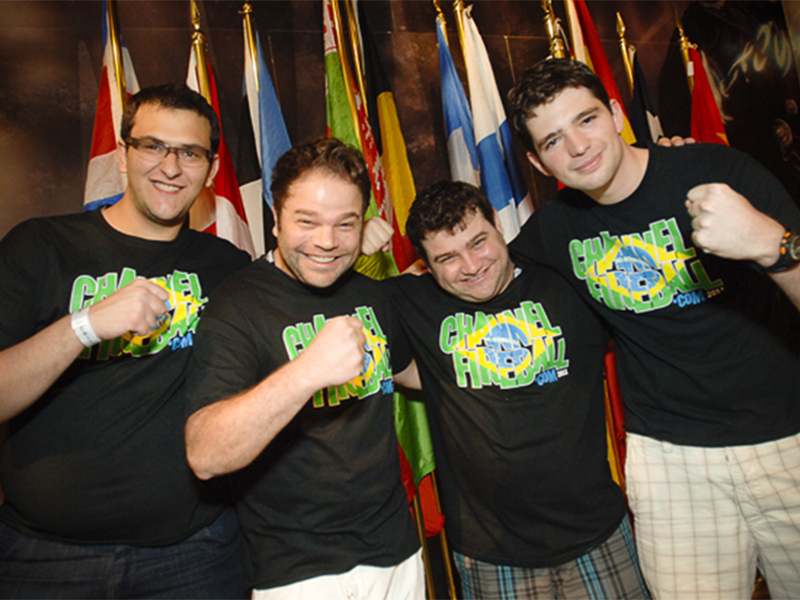 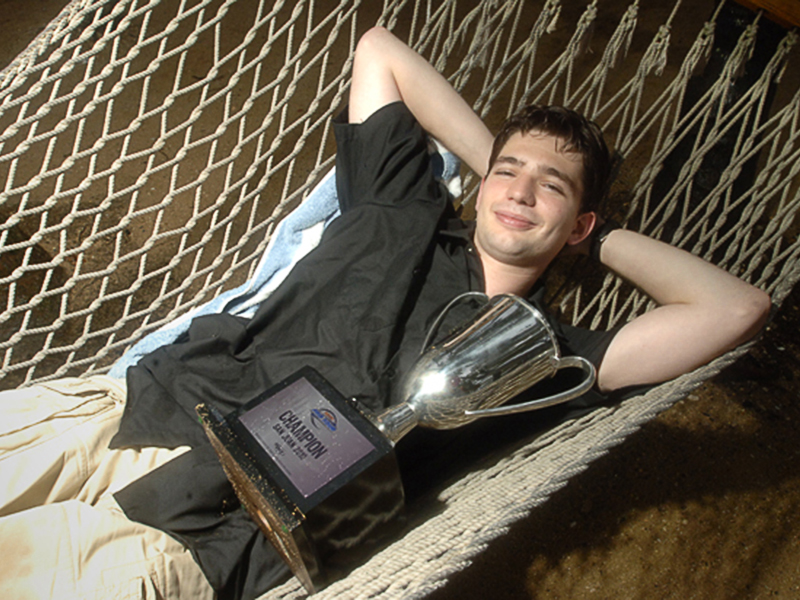