Four Pro Tour Top 8 appearances, including two finalist finishes in Charleston 2006 and Kobe 2006 … Seven Grand Prix Top 8s, including a win in Toronto 2012 … Known for his affinity towards midrange decks such as Jund, Naya, and Abzan … Regarded by many as the Brazilian godfather for his nurturing and growth of the Latin American Magic community.

Brazil's Willy Edel first appeared on the Sunday Stage at the Pro Tour alongside his teammate—and fellow Hall of Famer—Paulo Vitor Damo da Rosa when they finished second at Pro Tour Charleston in the Team Ravnica Block Constructed tournament. The third member of the team known as Raaala Pumba was Celso Zampere. It was only the second time a Brazilian player had reached the Sunday stage at this level, but that number would increase steadily over the next decade.

Edel started out his gaming pursuits mostly with roleplaying games, but always wanted something exactly like Magic. When he saw people playing the game at a convention, he was immediately drawn to it.

"When I figured out that it was actually a one-on-one game with a fantasy background, I was instantly hooked since my biggest issue with RPGs was the lack of competitiveness, and I'm extremely competitive," said Edel of his introduction to Magic. He did not waste any time getting into playing in tournaments... even though he did not bring the most finely tuned weapon to his first event. It had only been a week since he discovered the game.

Armed with only knowledge of the games he had witnessed, reading the rulebook, and a dawning metagame awareness that some local players liked burn decks, he built a 67-card deck featuring four copies of Reverse Damage.

"I didn't win a game," he recalled with a laugh. "But I could see how powerful Necropotence was against my Serra Angels and Seraphs. I left the tournament and bought several magazines with Magic information and devoured them in the same weekend. I went to another tournament two weeks later and that time I missed my win-and-in for the Top 8. I started to play even more, and nine months later I qualified to Brazilian Nationals through rating and never looked back."

This was before the era when you could watch the top players compete in Magic tournaments all over the world on any given weekend or follow the streams of your favorite individual players. Edel relied on magazines like The Duelist, InQuest, and Scrye to bring him tales of the game's best players, and he became intrigued by the success of seven-time Pro Tour Champion Kai Budde.

"When I actually started to see the video highlights from his wins, I became a fan and learned that I should always play to my outs and never give up," said Edel, referring to Budde's seemingly impossible win from Pro Tour New Orleans.

His first Pro Tour was the first of two Team Pro Tours held in Madison Square Garden in New York City. He was playing with two of his best friends and largely viewed the tournament as a chance to visit New York and shop at local outlet stores. Instead, it ignited a fire to succeed at the highest level of competition Magic has to offer. After a 2-3 record capped by a loss to Hall of Famer Bram Snepvangers's team, he decided that the next time he was able to qualify for the Pro Tour that shopping was not going to be anywhere near the top of his to-do list.

It took a few years to get back there, but he was motivated by the World Championship win in 2002 by his countryman, Carlos Romao. As Romao was winning, Edel was graduating from college, and he decided that he would give himself a chance to become a Magic professional. He qualified for Worlds in 2004 and 2005 as a member of the National team, but did not post cash finishes either time. By that time he was working full-time and pursuing his Master's degree, and he considered giving up his dream. He gave himself one more shot to get to where he wanted to be.

"It was a team PTQ for Pro Tour Charleston, but a couple days before the PTQ one of my teammates said he wouldn't be able to play because he didn't have a visa for the United States," said Edel. He was able to cobble together a third when future Hall of Famer Paulo Vitor Damo da Rosa, who had cashed a handful of Pro Tours, somehow found himself without a team for the qualifier. "This story had a happy ending!"

They won the qualifier and their second-place finish at Pro Tour Charleston launched long and successful careers for both Edel and Damo da Rosa. Edel would go on to finish second in an individual Pro Tour that season as well, when he reached the finals of Pro Tour Kobe. He played steadily on the Pro Tour, finding another Limited Top 8 at Pro Tour Geneva before fading away after the 2009 season. He requalified in 2011 and has steadily climbed back up the Pro Tour Players Club ladder capped by Platinum in 2012 when he found himself another Top 8 at Pro Tour Return to Ravnica and a win at Grand Prix Toronto.

When he looked back on his career, his personal finishes were obviously special to him—but time and time again, he talked about teams, country, and the accomplishments of his friends and countrymen.

"Paulo's Hall of Fame induction in 2012 was super emotional, since I remember his first Pro Tour, his first steps and, in part, I was there with him... I kind of felt I was being inducted with him," said Edel when asked about some of the highlights of his career. "The Top 8 of the World Magic Cup last year definitely put Brazil on the Magic map and showed that we have more than three players with individual success."

Willy Edel did not know what to expect from the voting process this year. His name had been bandied about as someone on people's ballots since he picked up his fourth Pro Tour Top 8 a couple of seasons ago. He appeared on 30% of the ballots last year, and thought he might be able to get in this year with a strong season, but was worried as he posted what he described as only "an okay season." He was pleasantly surprised as his name was continually raised in the discussion surrounding the Community Ballot, and he began to be hopeful that he would find the votes from the extra 10% of the Selection Committee to get elected this year.

"The community vote was amazing. I don't think I've ever gotten so much love on social media, and the Brazilians were really engaged. A friend started a spreadsheet to track the votes that were made public. I googled "mtg hof 2015" more times than is reasonable, and my top search on Twitter was #mtghof," admitted Edel. "Hall of Fame season can be really stressful if you are on the edge, even though 90% of the posts and articles were really kind with me."

As he readied himself to play at Grand Prix Dallas-Fort Worth, he actually thought he had missed getting elected. When Organized Play Programs Manager Scott Larabee pulled him aside at the event, he thought it was going to be a request to record a testimonial for Yasooka, whom he had voted for and publicly supported.

"Then he congratulated me and said I was voted in. I was kind of in shock. He gave me a lot of details and information, which I didn't hear at all," recalled Edel of finding out he was indeed going to be a Hall of Fame pro. "I was just smiling nonstop like an idiot."

Being a Hall of Famer comes with lifetime Pro Tour invites, and that meant something special to the person responsible for helping so many players from his country get to the Pro Tour. He had his eye on working with one young up-and-comer at some point in the future.

"It is a lifetime achievement to be recognized for the things you have done during a career. I think this is what counts, other benefits such as fees to attend events and byes didn't really appeal too much to me, but the fact that I have lifetime invites means that if my son qualifies for a Pro Tour, he will surely have a playtest partner."

"I'd like to thank my family first and foremost," said Edel. "They supported me when I quit my job to try to play professional Magic. They never complained about all the time I spent locked in a room playtesting or away on long trips. They were always there in the good, and especially through the bad runs. Also, I would like to thank the Brazilian Magic community. There are just so many that it would be unfair to name only a few. And finally I would like to thank everyone that voted and campaigned for me. I don't feel good doing it myself, but several people were able to put into words some stuff I did that probably would never have become public, and I'm sure that definitely helped me to get here. In this case, a very special thanks to Paulo among several others."

3 Bonfire of the Damned
75 Cards

4 Tarmogoyf 3 Liliana of the Veil
75 Cards 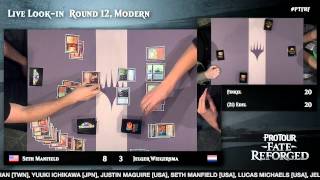 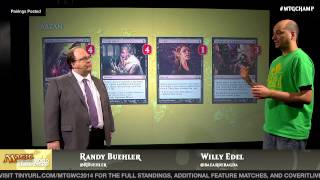 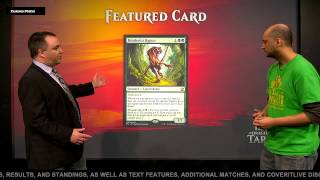 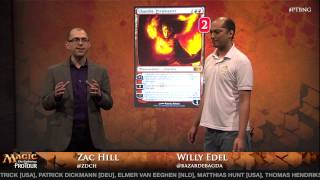 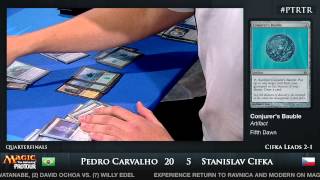 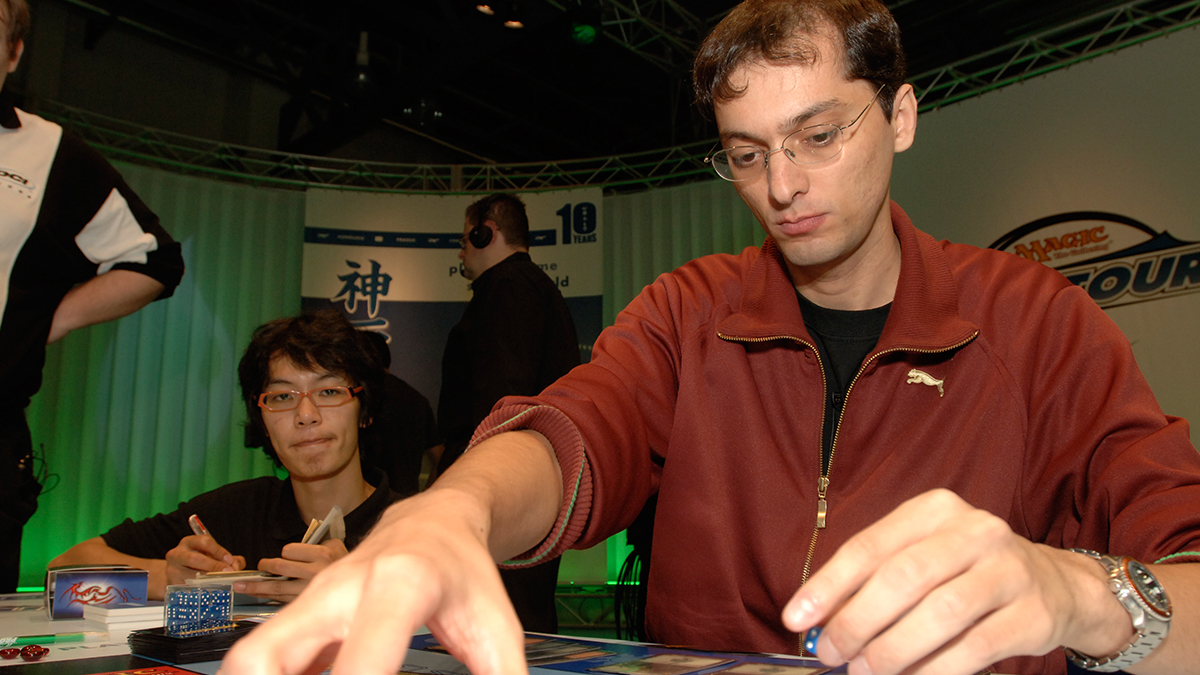 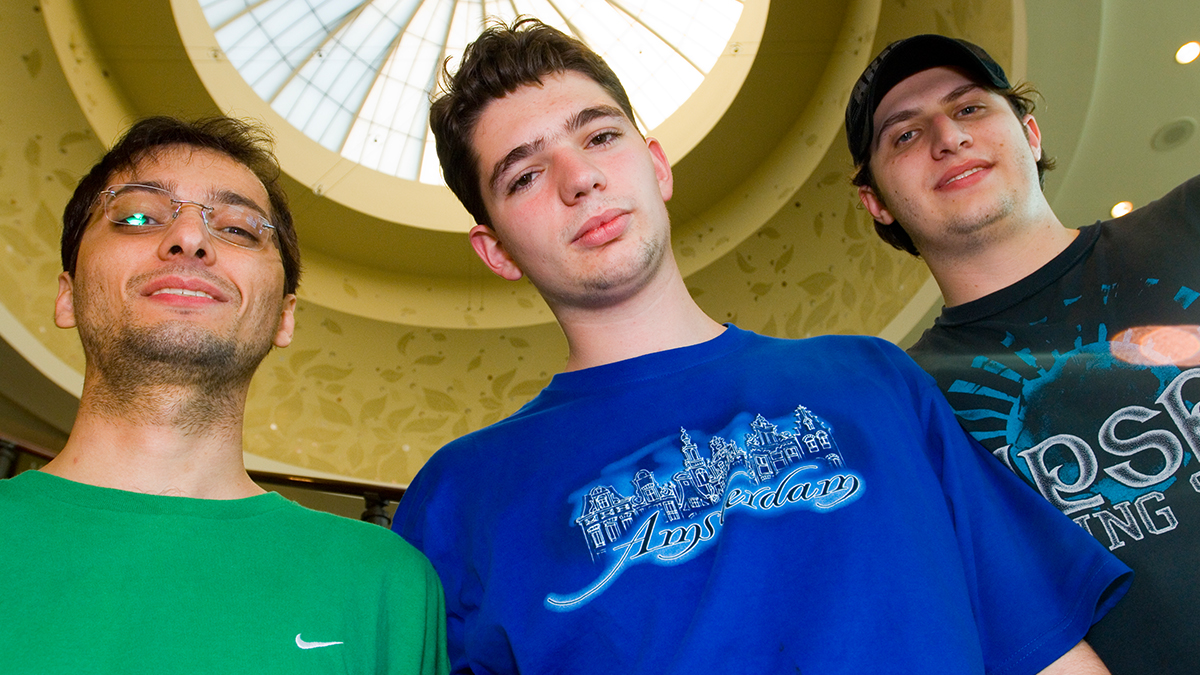 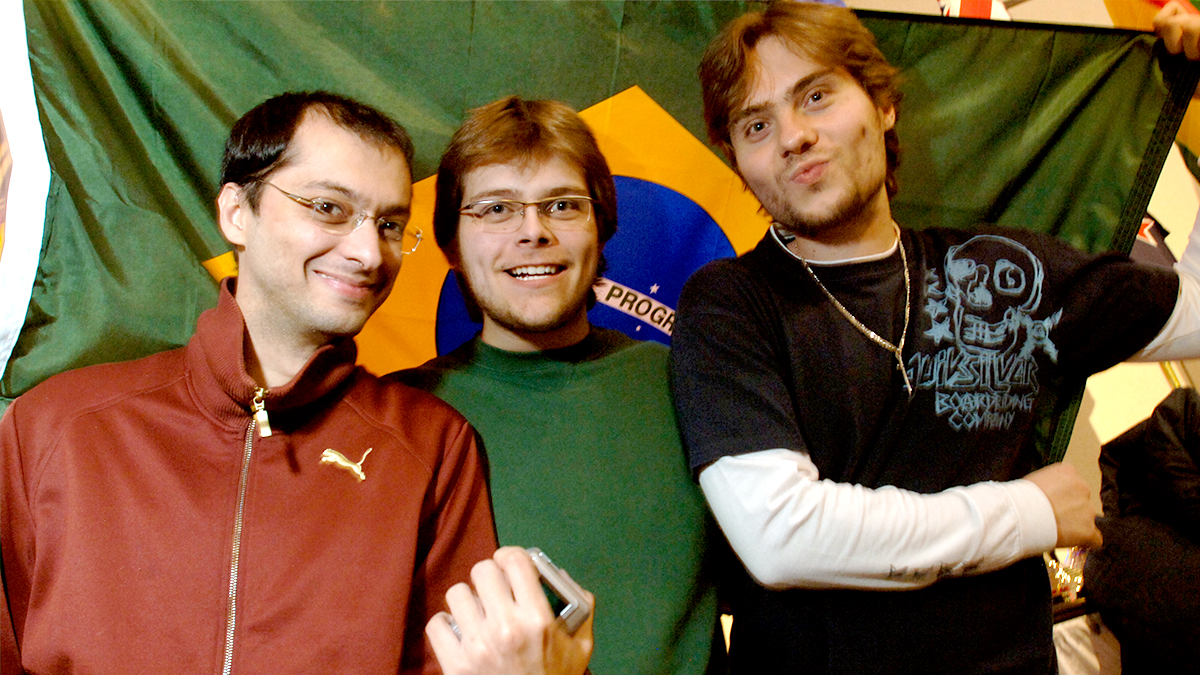 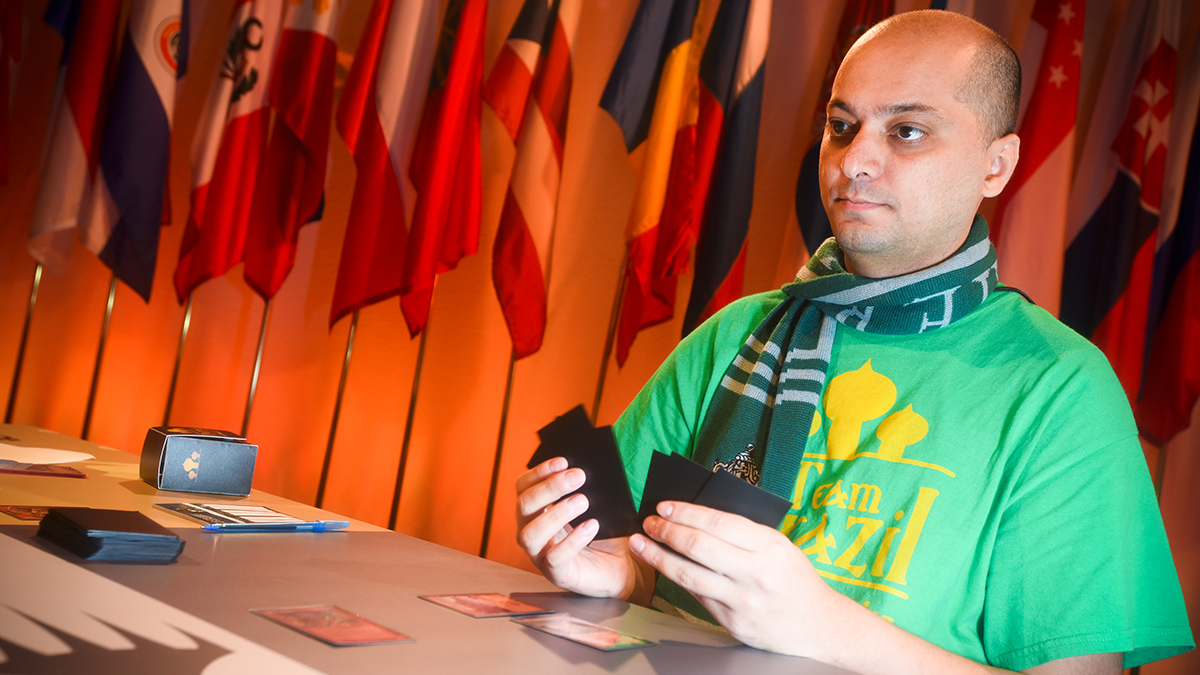 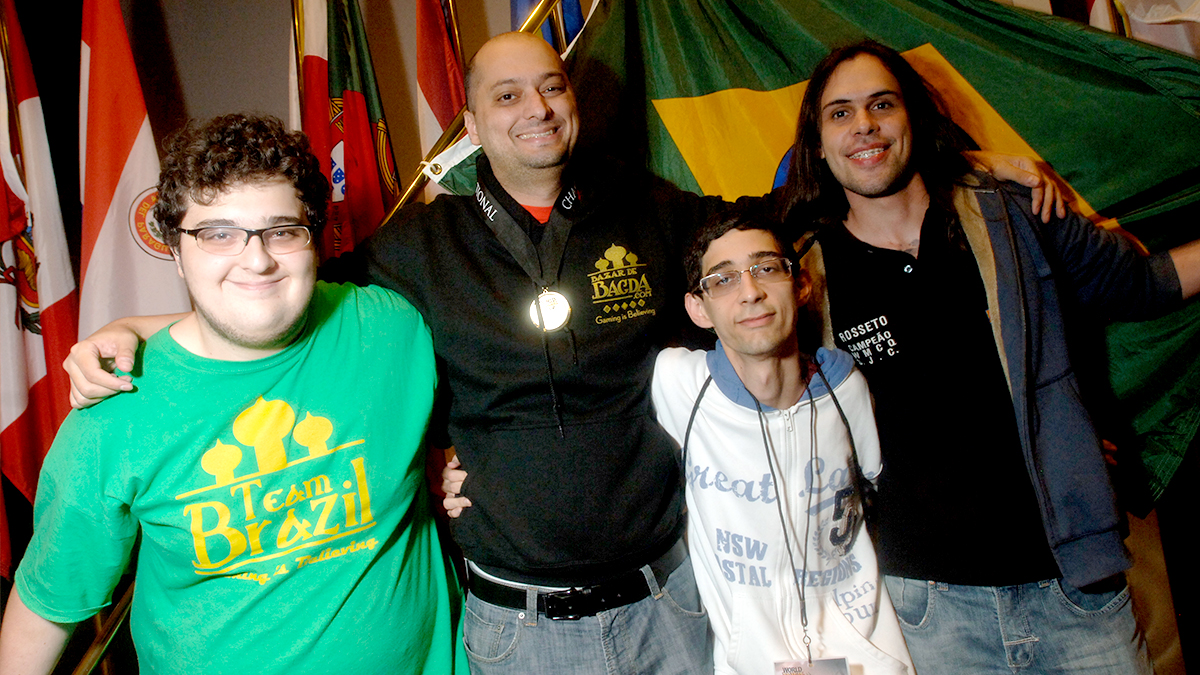