agic fans, fantasy readers, and Internet happeners-by: Hi. I'm a writer and worldbuilder for Magic: The Gathering and, as some of you may know, a former columnist on this very site. I've written an eBook, a novella about the famous Planeswalker named Jace and the famous plane called Ravnica, which has come together as the official story of the Return to Ravnica block. I'm excited to tell you about it and give you a sample of the story at no cost. 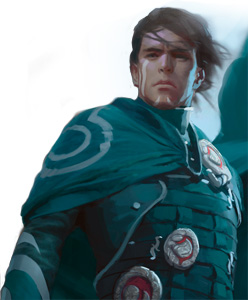 Jace Beleren always seems to get in over his information-crammed head. He's clever and curious—too clever and too curious for his own good. His ability to read thoughts and manipulate minds makes him the perfect investigator of deep, dark secrets, but also makes him rather terrible at staying out of the danger that always seems to surround those secrets.

The city-world of Ravnica is a haven for one particularly profound secret, an ancient mystery that ties to all ten guilds and to Ravnica's distant history. The Guildpact has crumbled, so there's no longer any safeguard to prevent the guildmasters from plotting each other's demise. Any one guild could seize unbalancing power. An unusual secret has been hidden in Ravnica's famed Tenth District for centuries, and the first to discover it may use its power to rule the plane. 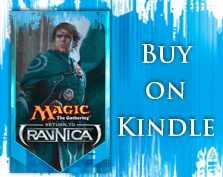 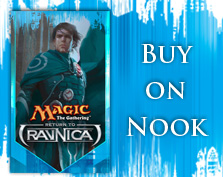 The other two parts of the story will release later in the Return to Ravnica block. Gatecrash: The Secretist Part Two will release a while after the release of the Gatecrash card set. And then the story will conclude in Dragon's Maze: The Secretist Part Three , releasing a while after the Dragon's Maze card set. Stay tuned in 2013 for release announcements for those. 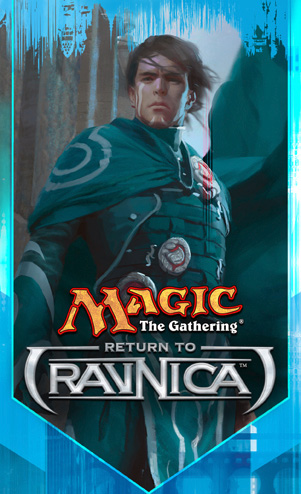 Then we chose Jace Beleren, the telepathic young Planeswalker who craves all forms of knowledge, to be the primary protagonist of this year's block. The idea for this year's story came together, and I couldn't stop thinking about it. It's been a while since we've done a published, long-form story for Magic, and we weren't originally going to publish one for the Return to Ravnica block. But I couldn't get this story out of my head—I needed to get it out there in some form. I talked to some people, and there were many long days and nights and weekends to make it happen, but we're making it happen. The eBook-only thing is a bit of a change for us, but in the spirit of the mad dracogenius Niv-Mizzet, we thought it was worth running the experiment.