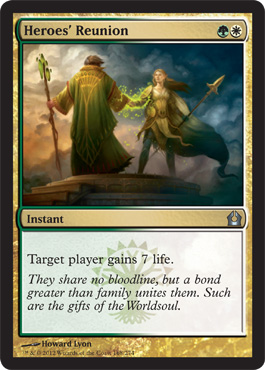 Gold cards are straightforward. is both green and white, and you need one green mana and one white mana to cast it. Anything that affects green spells or white spells will affect it; anything that affects, say, "nonwhite" spells won't affect it, because it is white, even if it's also another color. 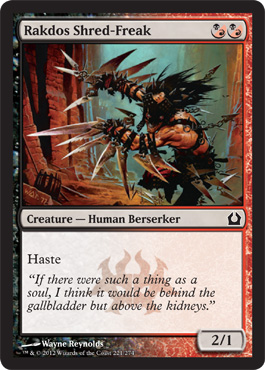 You can pay a hybrid mana symbol like by paying one mana of either of its two colors—in this case, or . You don't have to pay the same kind of mana for all the hybrid mana symbols on one card. So you can cast Rakdos Shred-Freak for , , or . 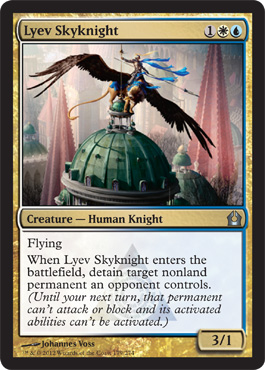 When you detain an opposing permanent, until your next turn, that permanent's activated abilities can't be activated and (if it's a creature) it can't attack or block. Activated abilities are the ones that have a colon (:) in them, such as ": Add one mana of any color to your mana pool" or "Equip (: Attach to target creature you control. Equip only as a sorcery.)" 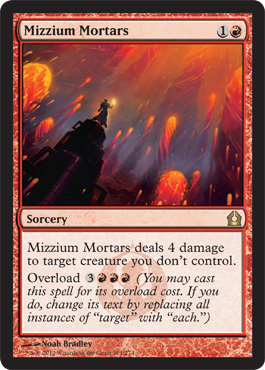 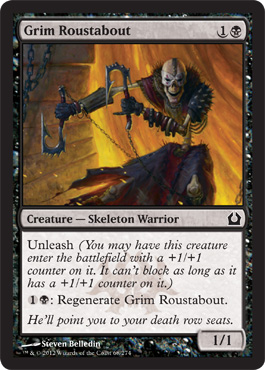 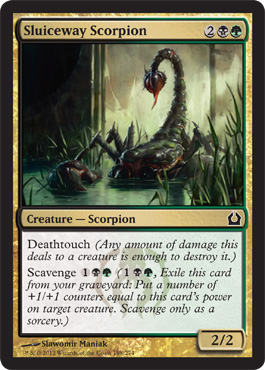 You can activate the scavenge ability of a creature card in your graveyard any time you could cast a sorcery by exiling it and paying its scavenge cost. That lets you put a number of +1/+1 counters equal to the scavenged creature's power onto a target creature you control. 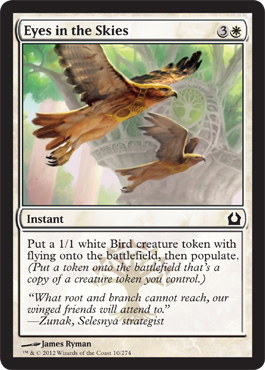 Like many (although not all) populate cards, Eyes in the Skies gives you a token to get you started. So first you'll put a 1/1 white Bird creature token with flying onto the battlefield, then you'll choose a creature token you control to get a copy of. That means you can choose your new Bird token and get a second Bird token—but you don't have to. If you control some other token you'd rather have a copy of—say, a 4/4 green Rhino with trample—you can get another one of those instead! If you have a token that's already a copy of something, perhaps because of or , you could even choose that.

The copy of your token is a separate token, and isn't affected by anything that happens to the first token before or after you copy it. For example, if you cast targeting a 1/1 white Bird token with flying, then populate and copy the Bird token, the new Bird will just be a 1/1, even though the original was a 4/4 when you copied it.

Populate doesn't target anything, and you don't have to choose a token to copy until you're actually populating. For example, say you control a 1/1 white Bird token with flying and a 4/4 green Rhino token with trample, and you cast a spell that populates, planning to copy the Rhino token. Your opponent casts in response to kill the Rhino. When your spell resolves, you'll still be able to choose the Bird token. Your opponent can't wait until you choose which token to copy and then kill that one; by that time, your spell is already resolving, and it's too late to cast . 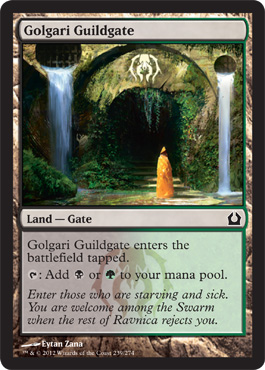 Golgari Guildgate enters the battlefield tapped and can tap for or . It doesn't have the types or , but it does have a new land type: Gate. Being a Gate—sort of like being a Goblin—doesn't mean anything on its own, but it's a marker that other cards in the set look for. For example: 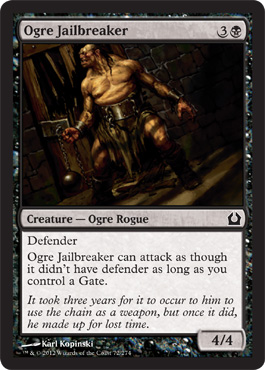