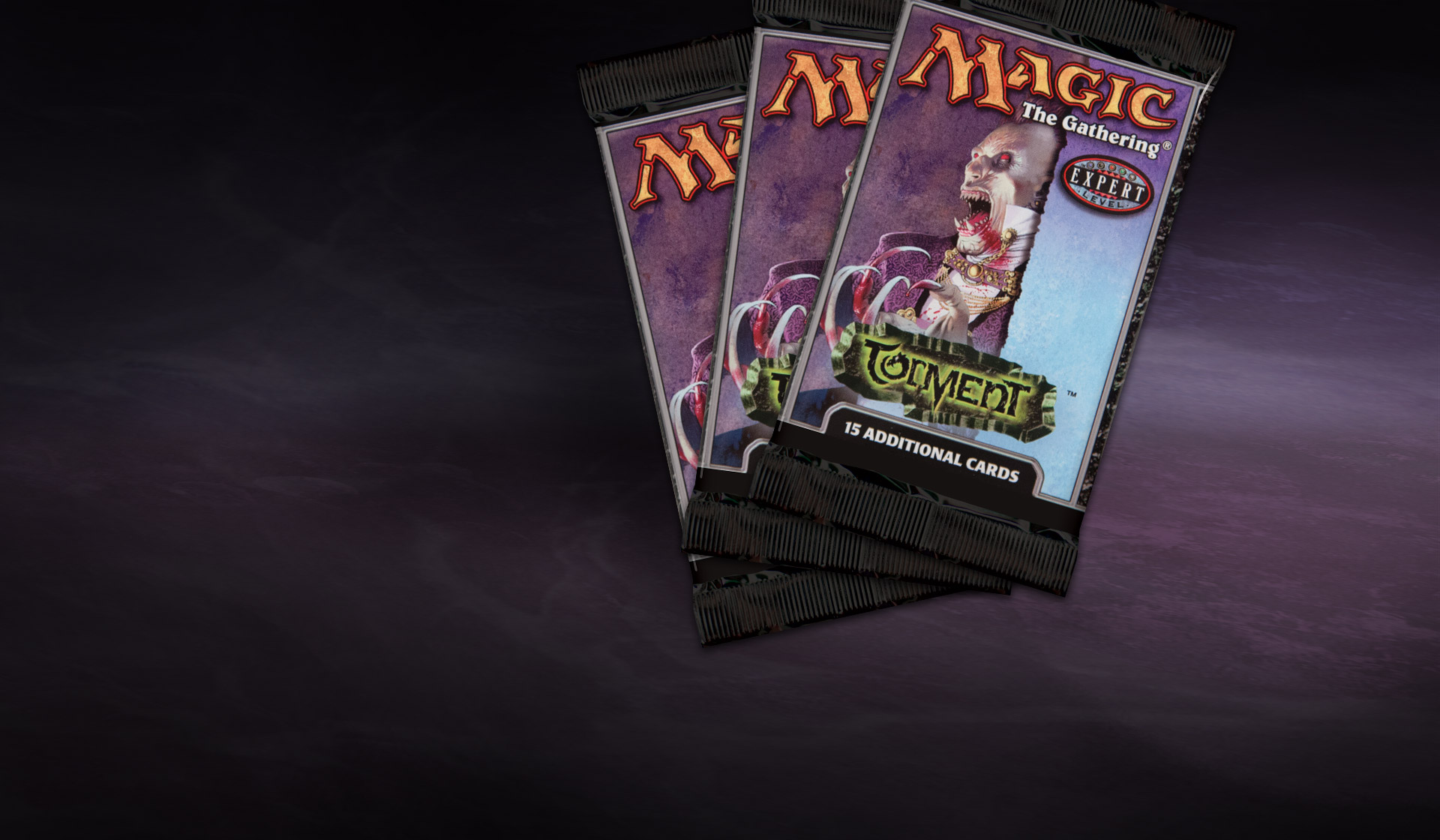 Centered around the Cabal's Dementia Summoners, Torment introduces new Madness and Nightmare mechanics designed to drive your opponents utterly insane. Wield such dark power as the Faceless Butcher and Sengir Vampire in this blackest of black sets. 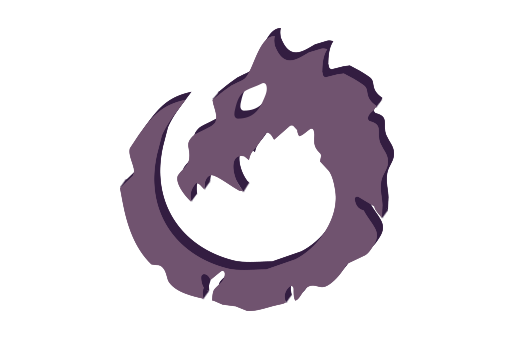 Includes a player’s guide with pictures of all cards in the set, six 15-card booster packs, one random premium card, one foil basic land, the Torment novel, and a special-edition life counter.

This 143-card set includes two new game mechanics (Madness and Nightmares) as well as additional cards for the Flashback and Threshold mechanics of Odyssey.

Set Name: Torment
Block: Set 2 of 3 of the Odyssey Block
Number of Cards: 143 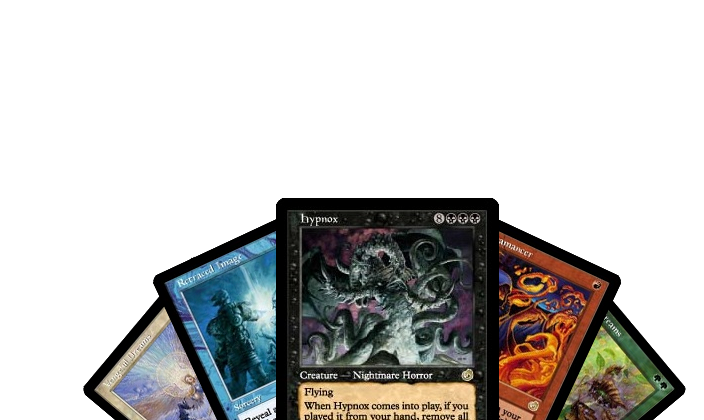