We are pleased to announce The Great Strixhaven College Clash three-part miniseries premiering on April 29. With narrator Sue Perkins and host Alasdair Beckett-King, we are celebrating the Strixhaven set release in style with an entertaining comedy-driven competition where five students, one from each of the five opposing Strixhaven colleges, put their knowledge of Magic to the test. 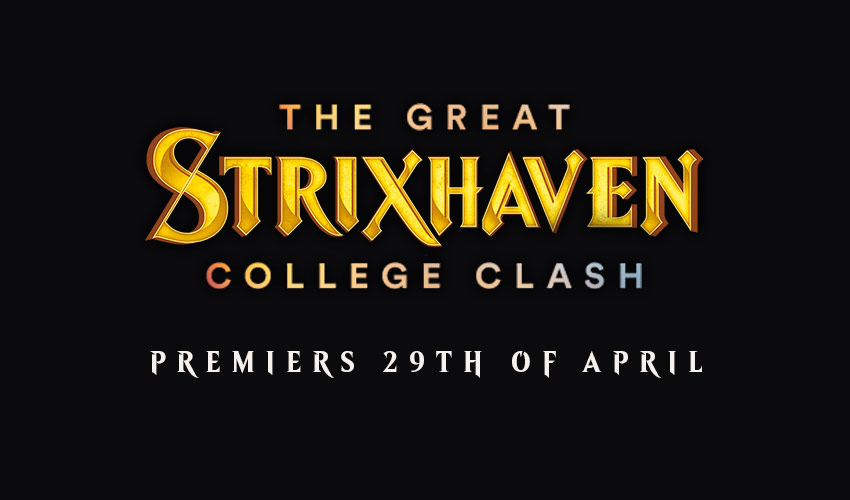 Eager to learn more about this unique series?

The Great Strixhaven College Clash takes us on the journey of five novice mage-students heading back to school to compete for the chance to claim the title of Strixhaven's Greatest Mage. Students face weekly eliminations as they undergo tests of knowledge, talent, and, of course, Magic: The Gathering.

Each student will represent one of the five Strixhaven colleges: Lorehold, Silverquill, Witherbloom, Quandrix, and Prismari. 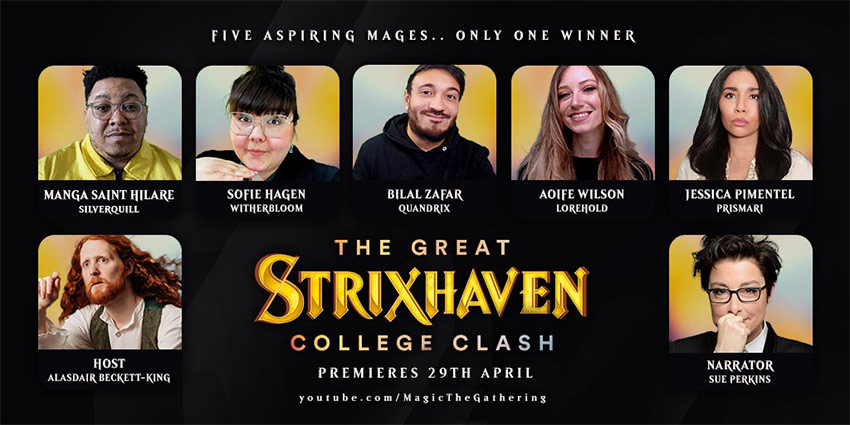 Our students will not be alone in their challenges, as each will be guided and carefully coached by one of our Magic mentors, all with shining Magic: The Gathering credentials:

Here are the dates to ink into your diary:

Summary – Five aspiring student-mages will embark on their Magic: The Gathering journey, competing for the title of Strixhaven's Greatest Mage. We are introduced to our Strixhaven mage-students and their Magic mentors before their college knowledge is put to the test in quiz-show style.

Summary – Our remaining students' skills are put to the test as they each use their talents to represent and show off their Strixhaven college. The judges face some hard choices with our lineup of skilled Strixhaven mage-students.

Summary – With only two students remaining, it all comes down to one final Magic: The Gathering Arena battle. We watch our students train with their mentors, refine their Magic skills, and battle it out for glory and bragging rights.