MTG Arena State of the Game

Kamigawa: Neon Dynasty is out on MTG Arena, and you can find a deeper discussion of the release in the latest State of the Game article covering details on mechanics, collecting the new set, the latest on the Alchemy format, and more. 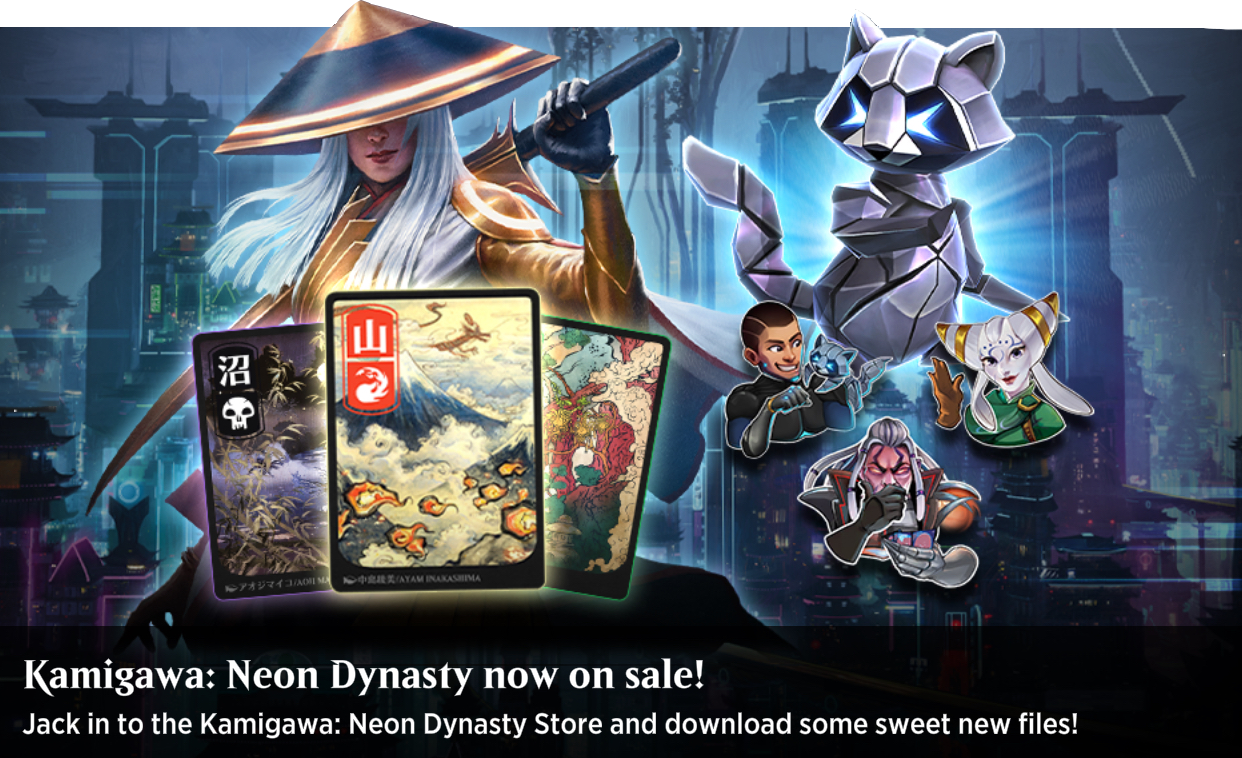 Round of Bug Fixes Coming

We have a round of small bug fixes coming out later this week. Among these is a fix for the mana-color pips displaying sideboard colors on Limited-format decks.

Those Dracula card style rewards you've been awaiting for participation in the Double Feature event? They've been granted! You'll find them added to your account now. Enjoy!

The next Arena Open is just under two weeks away, so start honing those Limited skills, because February 26–27, the Arena Open will feature Kamigawa: Neon Dynasty Sealed and Draft events!

Day 1 you'll have a choice between Traditional Sealed (Best-of-Three) and Best-of-One Sealed matches. Perform well during Day 1, and you'll receive an invitation to the high-stakes Day 2 event.

Day 2 is when competition heats up until it glows—in this case, glows neon—and those who earned an invitation to Day 2 will face opponents in Traditional Draft Kamigawa: Neon Dynasty matches with possible prizes up to $2,500!

Get all the details on the February 2022 Arena Open!

You must be 18 years old to participate in Arena Open.

Flex those gaming fingers, because the Neon Arcade is about to open for opportunities to add some sweet card styles to your decks. The format is Alchemy Singleton with a High Score emblem.

Check out the complete Neon Arcade event details, the card styles up for grabs, and then get ready to beat the high score!