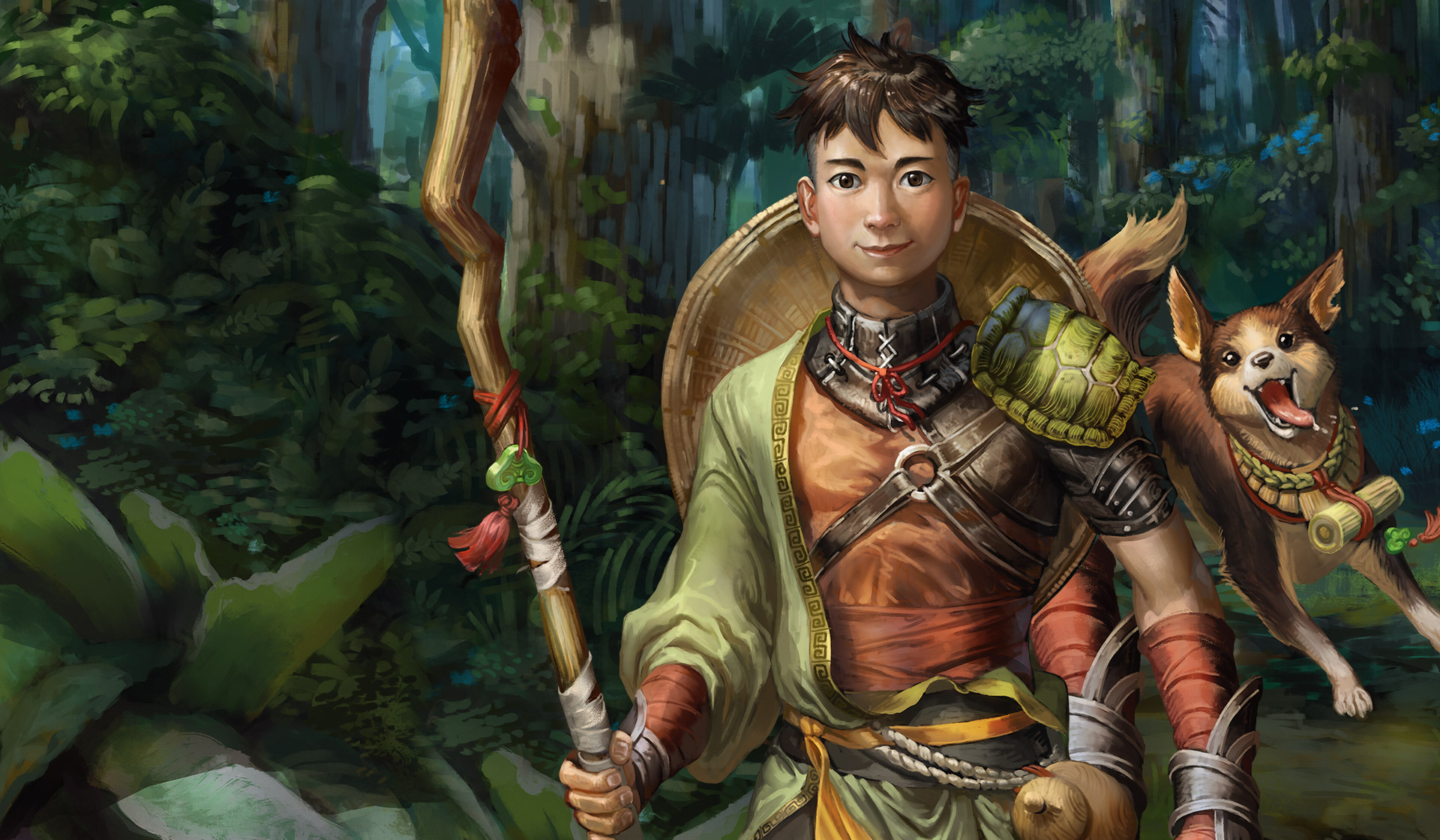 He can’t remember his name, his past, his family—or if he even has a family. He decided to call himself Yanggu, meaning “the valley where sun rises,” after the first place he can remember: the Easternmost Valley. Following his loyal hound, Mowu, Yanggu traveled until he came to the village of the powerful Jiuli Clan. Finally, Yanggu felt a sense of peace, and he settled in to live among the tribe. He even made friends with another teenager, a fire dancer named Chiyou.

But a strange plague swept through the village. Even the Jiuli Clan’s power could not stop it, and soon the fate of the whole tribe hung in the balance. Yanggu realized that the disease was caused by contamination in the water supply. Desperate to save his newfound home, he ventured to the mysterious Ten Wizards Mountain in search of a fabled healing elixir. There he found traps set by a mysterious, mischievous woman with magical powers he’d never seen before. After a few skirmishes, they began to talk, and eventually began to trust each other.

The mysterious woman possessed great power over water, and with her help, Yanggu was able to purify the Jiuli Clan’s water supply and save the village. The grateful villagers asked him to take over as chieftain, but Yanggu declined. He decided to travel onward with the water mage and keep searching for the truth about his past.