Huatli was raised in the Sun Empire. Thanks to her martial skill and talent as an orator, she rose to a station just short of nobility. The course of her life changed during one such raid, when she confronted a terrifying beast—the minotaur pirate Angrath the Flame-Chained. An incredibly powerful foe, he pressed her to the limit of her abilities. At the moment of her greatest desperation her planeswalker spark ignited. She saw a glimpse of a faraway place, but was suddenly yanked back to where she began. Inexplicably, Angrath failed to press his advantage and instead withdrew, leaving her to contemplate her experience. Under instruction from her Emperor, Huatli adventures to locate the Golden City and secure her title as Warrior-Poet of the Sun Empire. 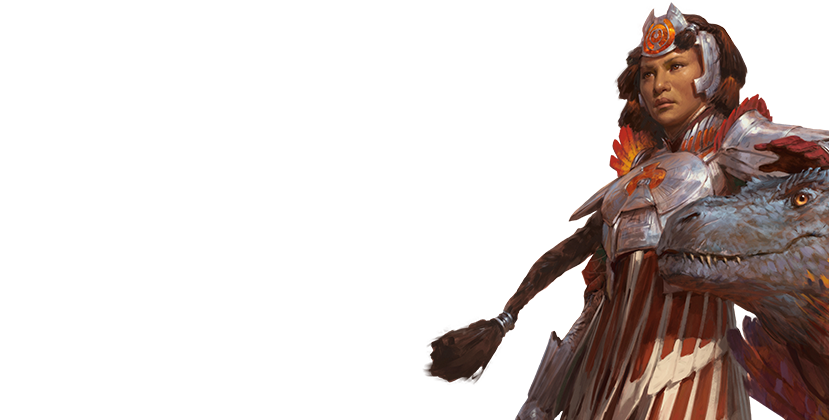 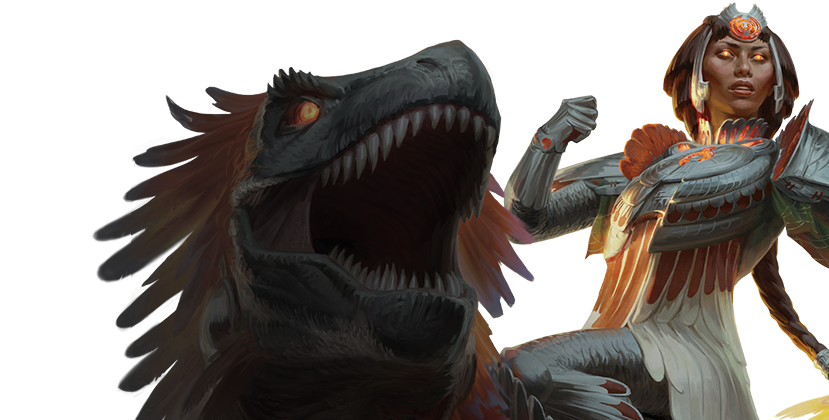 The four peoples of this plane are locked in a deadly struggle as they search for the golden city of Orazca and seek to claim the magical power it holds. For Planeswalkers, though, the plane is also a prison. 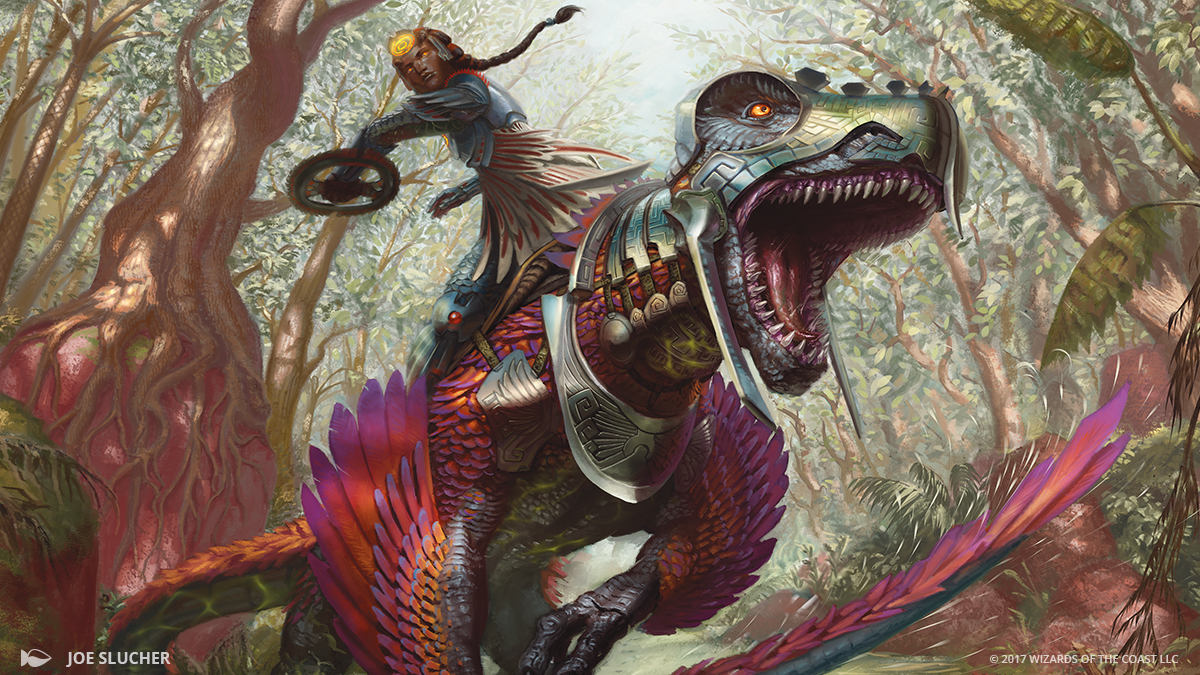 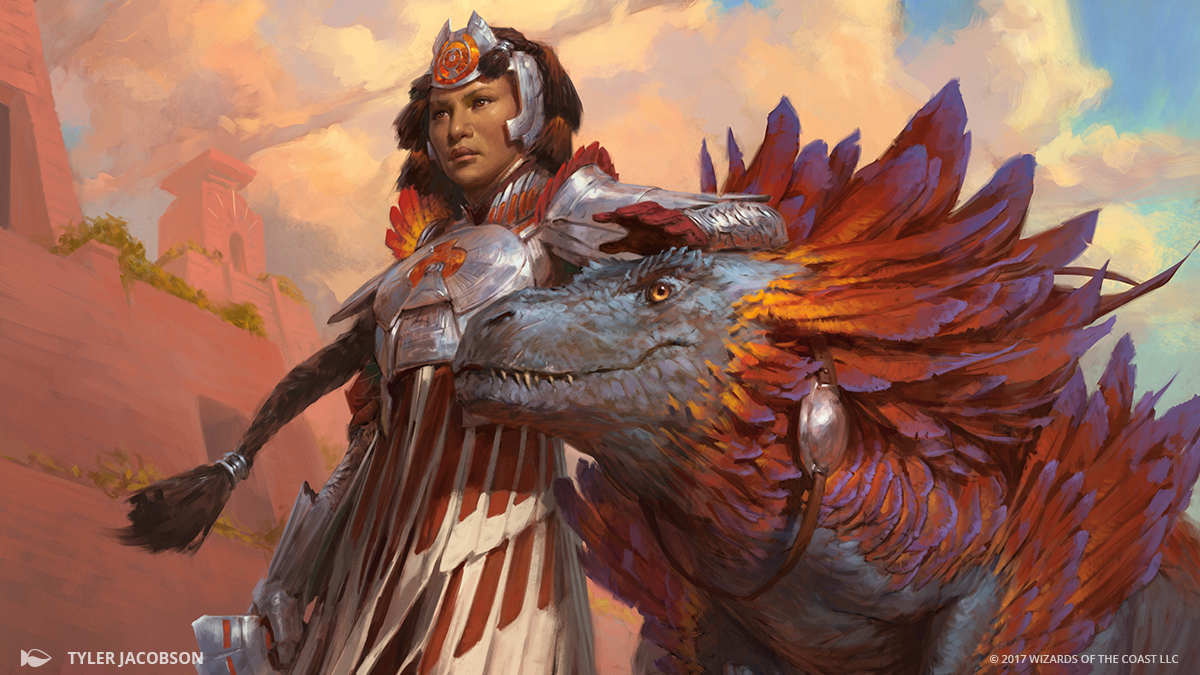 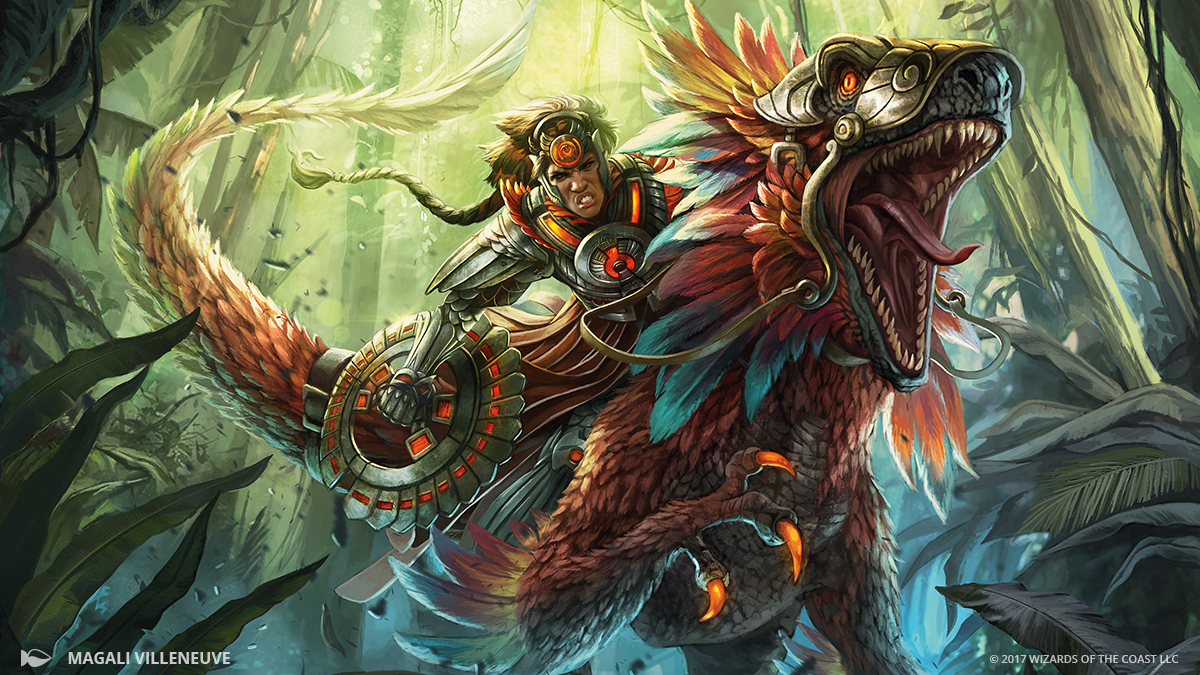 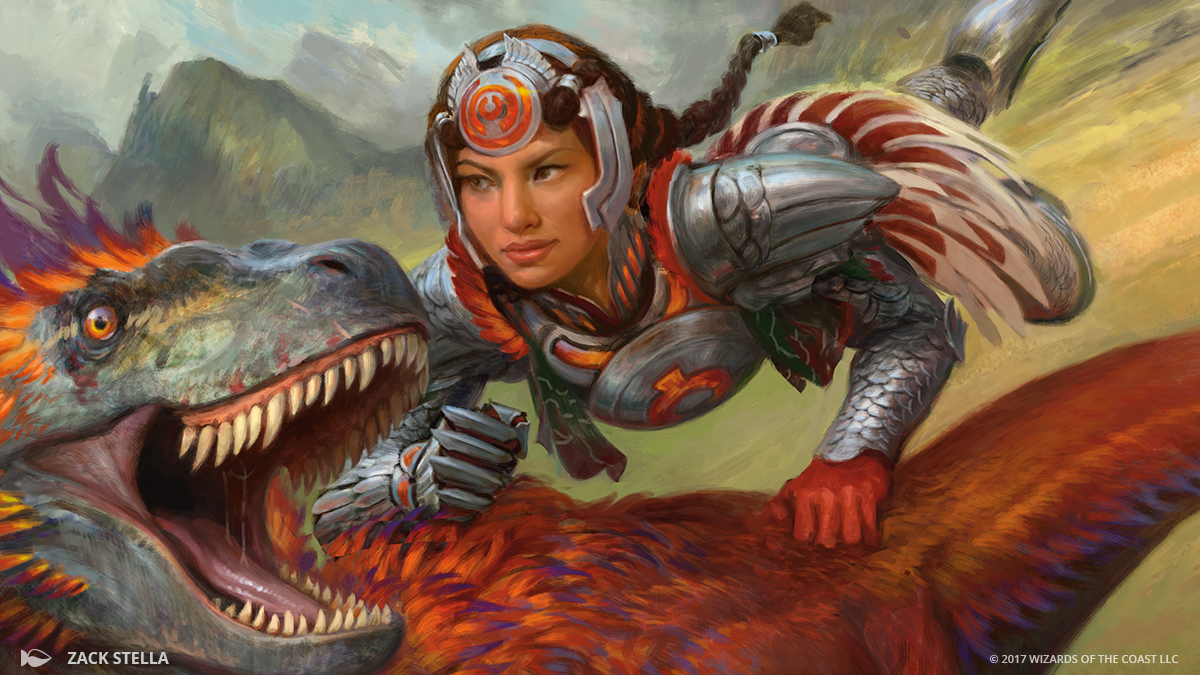 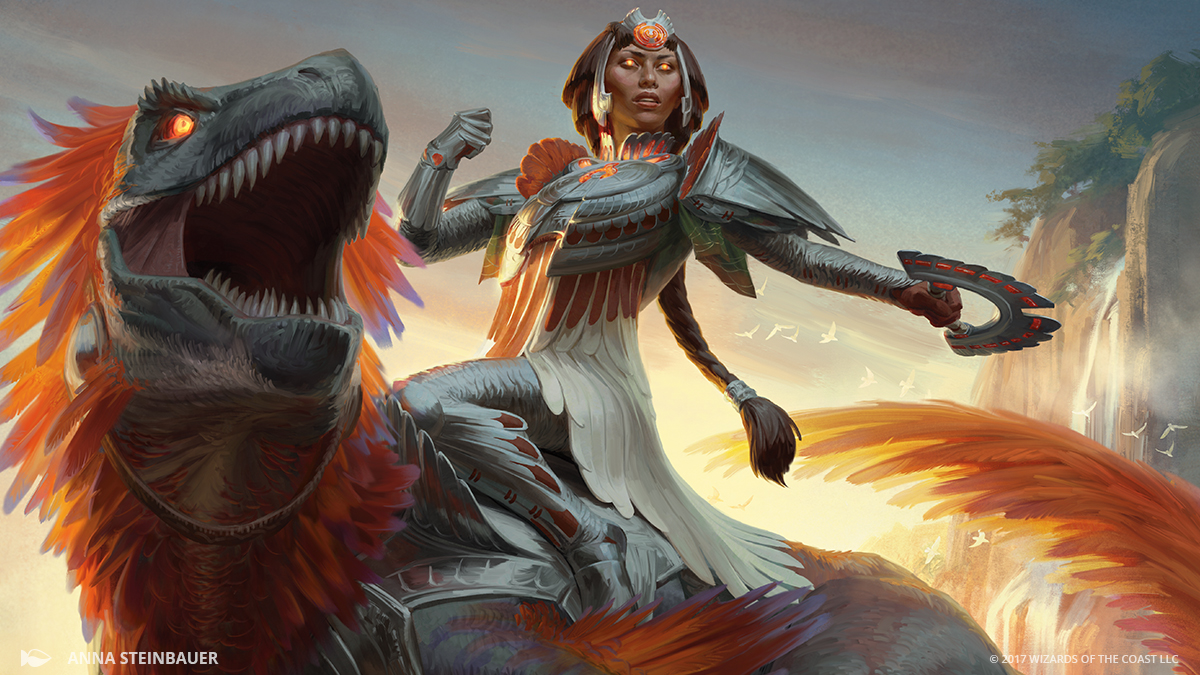 The four factions of Ixalan converge on the secret location of Orazca, but who will be first to traverse the fabled land?

Unlikely partnerships emerge as the hunt for the Golden City begins in earnest.