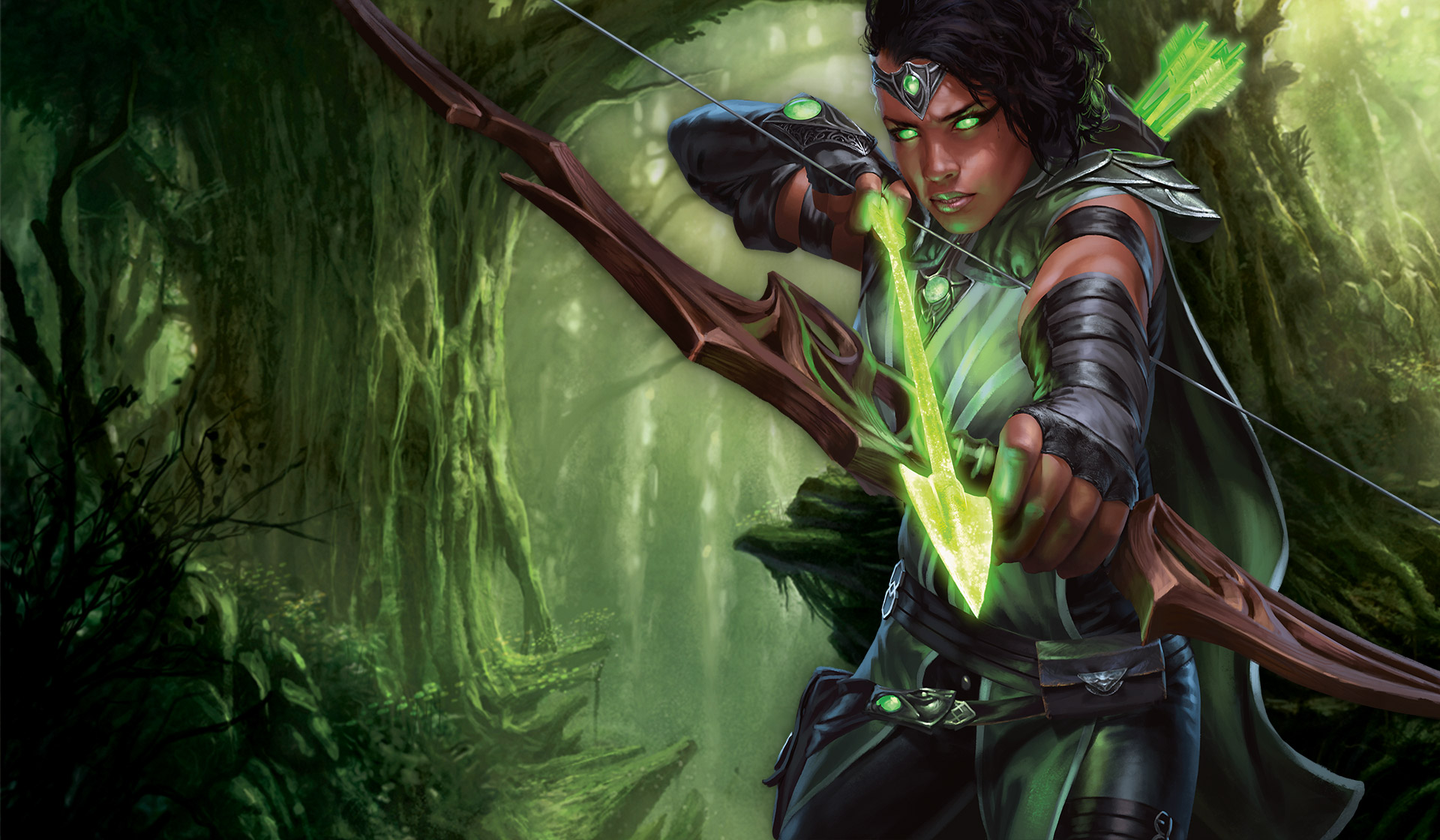 Vivien was born on the plane of Skalla. Her homeworld was deeply divided between the forest dwellers and the Nura, an advanced civilization that encircled the dwindling woodlands. Vivien belonged to the Smaragdi, rangers and druids sworn to protect the multitude of forest creatures. But civilization was constantly encroaching, and the Smaragdi were fighting a losing battle against the soldiers of progress.

Nicol Bolas took an interest in the Nura and their innovations, and though its archmages tried in vain to fight back, they were no match for the ruthless dragon. After plundering them for their secrets, Bolas decided the plane was of no more use to him and began to destroy it. In desperation, the Nura fled to the forest, but by then, there was no safe place to hide. Sensing that their doom was imminent, the Nura and Smaragdi combined their collective magic into a unique artifact, the Arkbow, which contained an invocation of every creature that ever lived on Skalla. Their plan was to use the Arkbow in a last stand battle against Nicol Bolas. But as the forest erupted into flames and the battle was lost, Vivien instinctively planeswalked to safety with the Arkbow, the last relic of Skalla.

In her early days as a Planeswalker, Vivien struggled to understand the Arkbow, which seemed to have a life of its own. At first, the creatures called through the bow were weakly incorporeal–ferocious but dim, ghostly versions of themselves. But as Vivien traveled to new planes, encountered new creatures, and added them to her menagerie, the Arkbow grew in power. Soon she could call the magical spirit forms of creatures from myriad planes, beasts greater than anything that had ever lived on Skalla.

Now an experienced interplanar wanderer, Vivien has a new mission: destroy the cancer of civilization. Skalla's fate solidified her belief that either you stand with her-or you are her enemy. She wields a weapon of immense predatory power that intensifies with each passing day. One day soon-against the perfect enemy-she will unleash its awesome power and restore the natural order to the Multiverse.

See Cards in the Gatherer

See Cards in the Gatherer 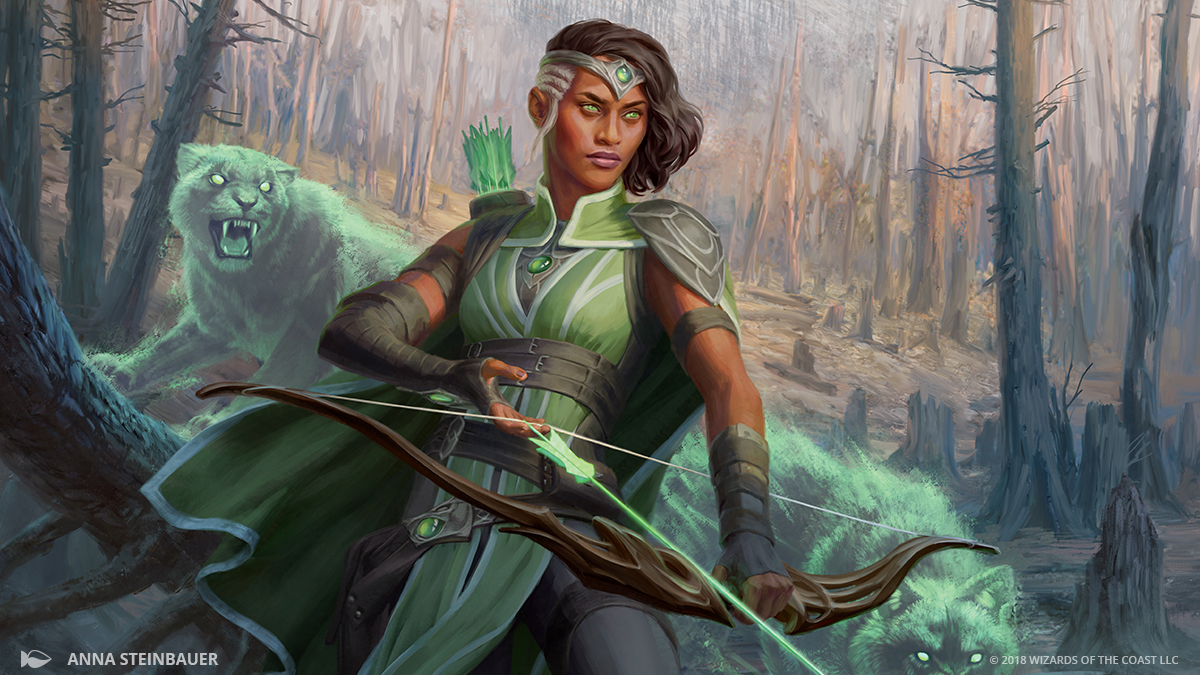 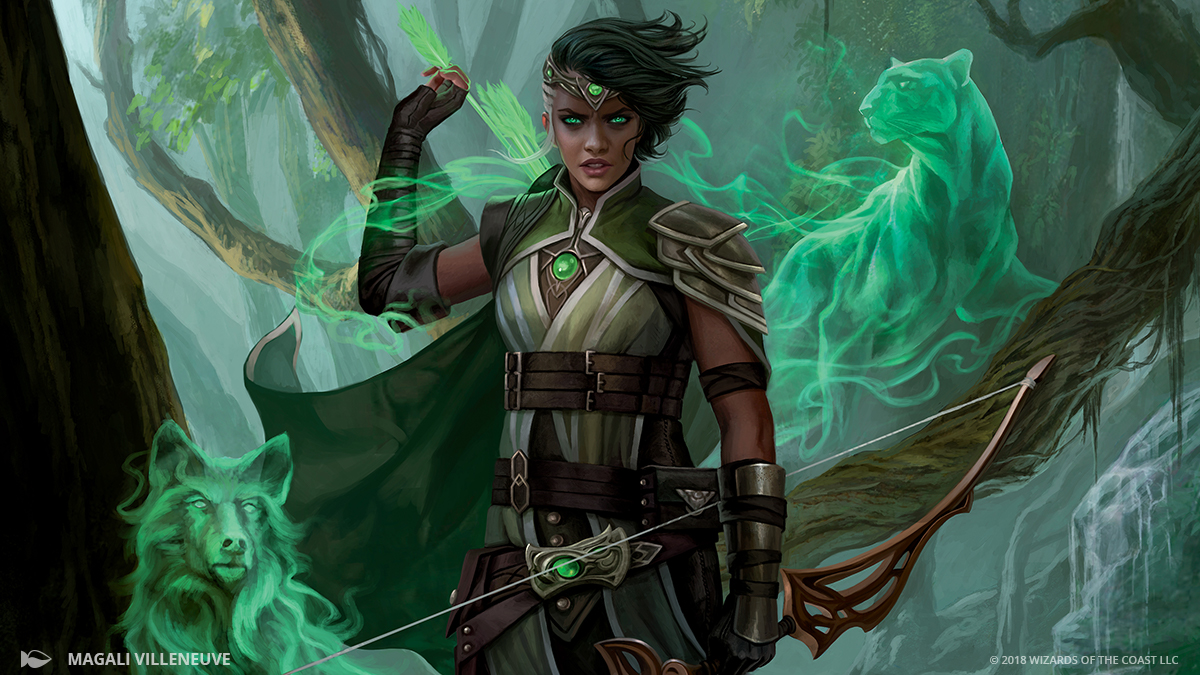 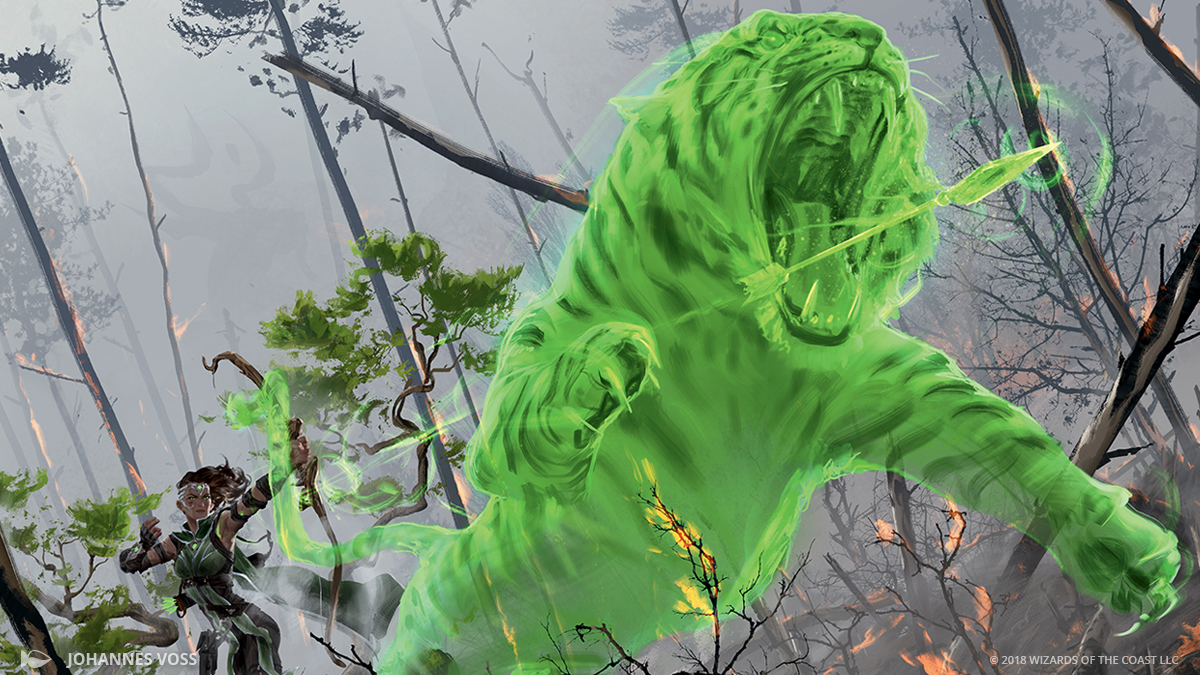