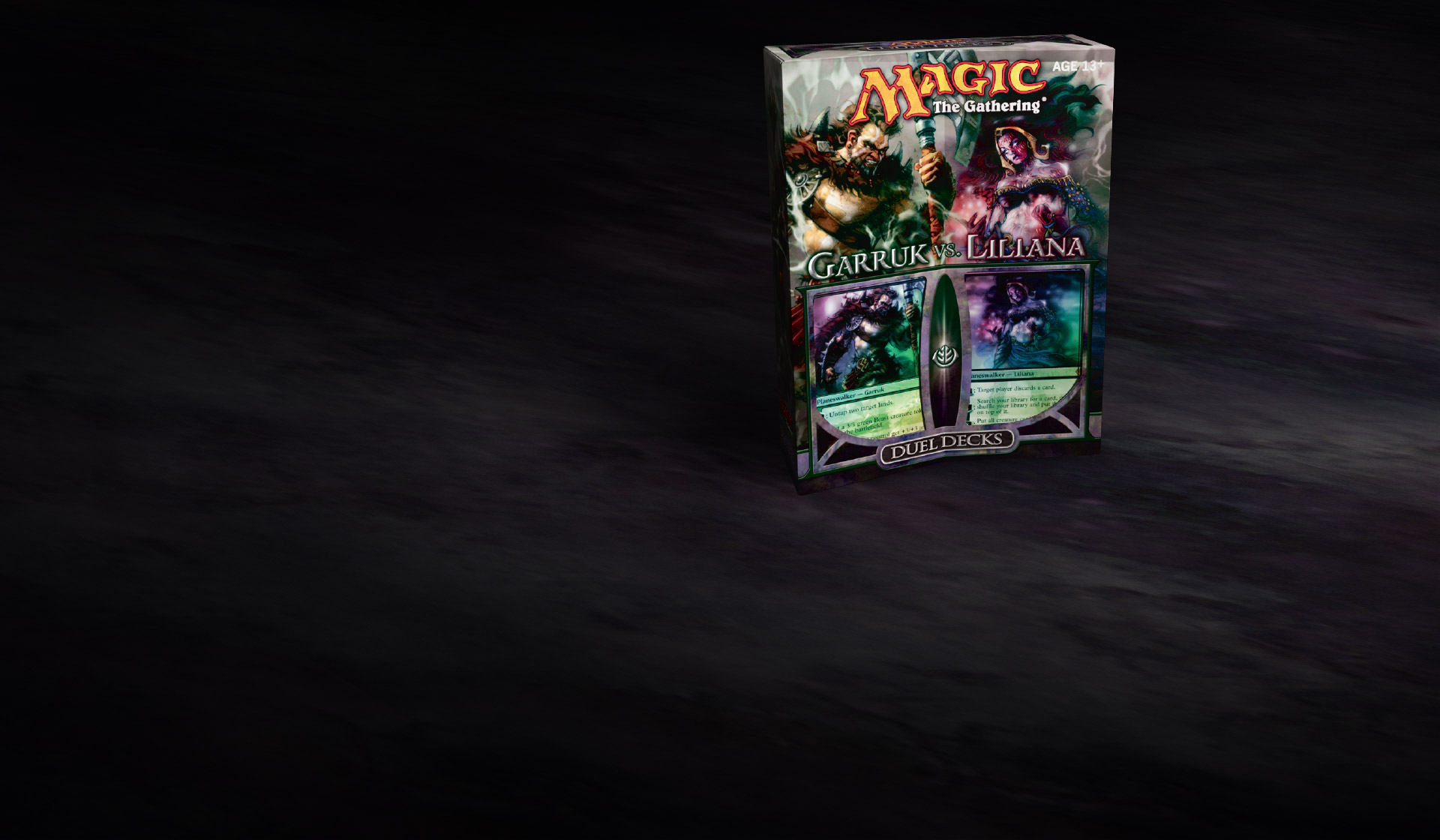 A hunter to the core and adept at summoning savage creatures, Garruk Wildspeaker pushes himself to be the ultimate predator. But now he faces his most dangerous prey yet: a fellow Planeswalker. Liliana Vess possesses charm and beauty that belie her crippling necromantic power. What will happen when a force of raw, untamed nature clashes against dark, demonic will?

These two 60-card decks showcase some of the best spells that green and black have in their arsenal as well as eight rare cards and six cards with new artwork, including foil art versions of two Planeswalker cards. Each card in these two decks is black-bordered and tournament-legal. They were designed to be played right out of the box, with no deckbuilding required. 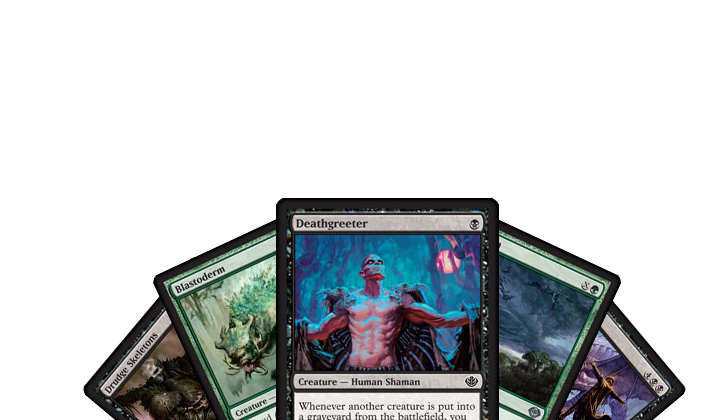 1 Liliana Vess 1 Rise from the Grave