oday I'm here to tell you a story. A story of death and rebirth. A story of failure and redemption. The story of us all. This, my friends, is the story of Commander's Arsenal .

I love Clue. I love Magic. Merging the two was a no-brainer. Each player is a Planeswalker: Ajani (the white pawn), Chandra (the red pawn), Garruk (the green pawn), Mr. Jace Peacock (the blue pawn), Mustard Bolas (the gold pawn), and Liliana Plum (the purple pawn). The rooms were different planes, the space between was the Blind Eternities, the weapons were Fireball, Swords to Plowshares, Nevinyrral's Disk, and so on. Finally, Magic aficionados would be able to marshal their strategic powers to determine who killed Urza. 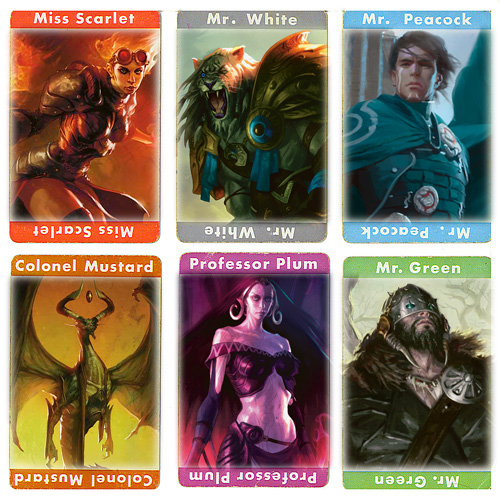 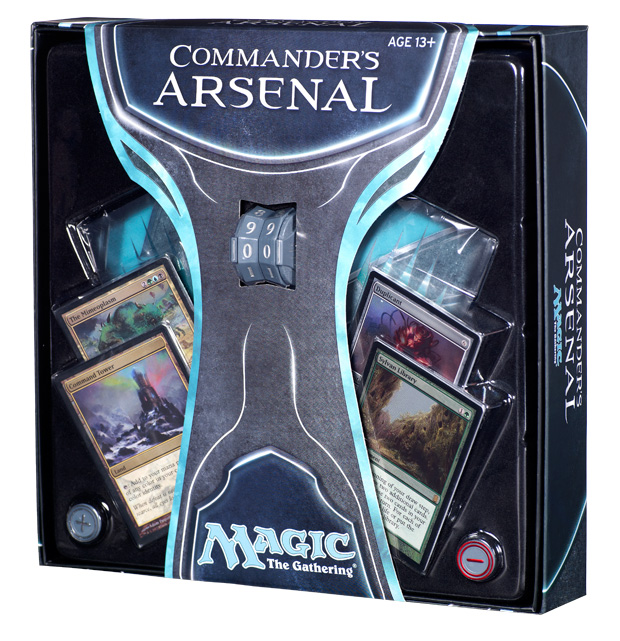 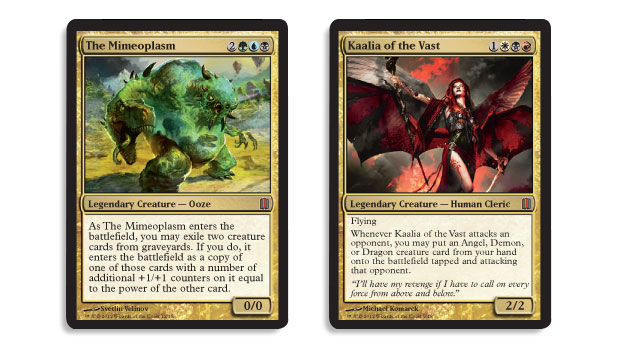 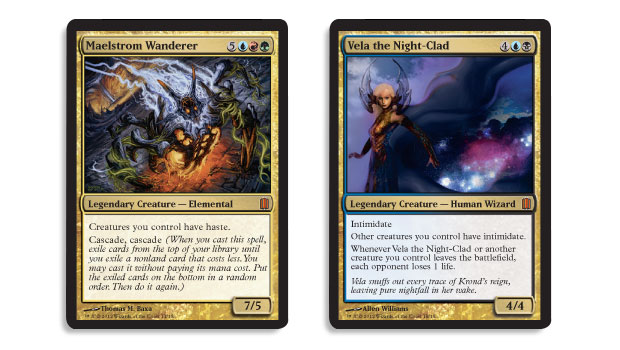 Fittingly, a full third of the cards are legendary creatures, none of which have previously been printed in a premium version. The Mimeoplasm; Kaalia of the Vast; and Edric, Spymaster of Trest are from the Commander decks we released last year. Maelstrom Wanderer and Vela the Night-Clad are from the Planechase (2012 Edition) decks we released this year. And Diaochan, Artful Beauty is from Portal Three Kingdoms. I love this find, because I don't think anyone I spoke to (including myself—and yes, I speak to myself quite often, thank me for asking) had ever heard of it before. I enjoyed seeing their eyes widen as they read the card and grasped its true multiplayer implications: Nothing dictates that the opponent who chooses the second target has to be the controller of the first target! For example, if I'm playing a Commander game with Mark Rosewater and Aaron Forsythe, I can target one of Aaron's creatures and decide that MaRo will choose the second target... and Mark can target one of Aaron's creatures too! Of course, the ploy could backfire because MaRo could target one of my creatures, maybe even Diaochan herself (which is sure to happen once she starts getting too killy). What a multiplayer card! 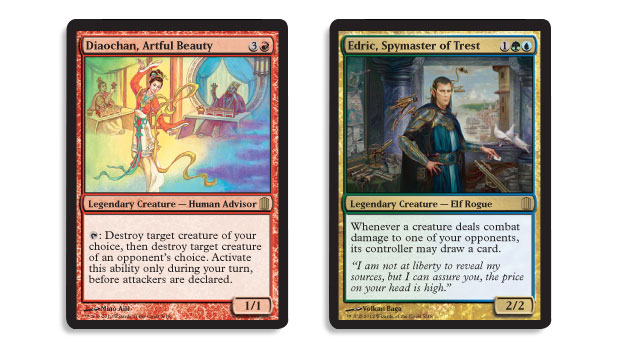 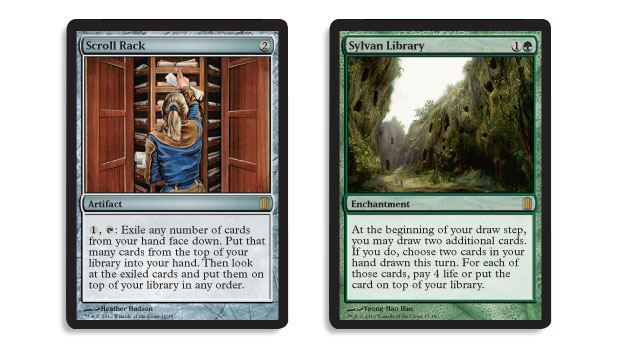 As for the other six cards, premium versions do exist, but some of them are quite scarce (such as the foil Command Tower, which was never sold but was given as a promo card to judges this year). I think you'll be excited to get Rhystic Study, Duplicant, Decree of Pain, Mirari's Wake, and Mind's Eye anyway... especially with the new (or hard-to-find) art that appears on all of them except Rhystic Study. 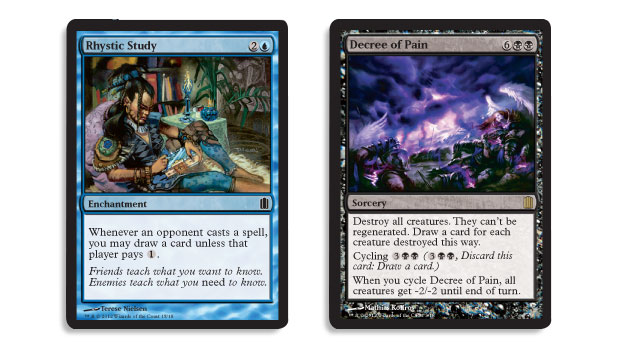 At this point, I'm supposed to tell you some cool behind-the-scenes stories behind why these cards were picked. That's why Trick had me write this article. Unfortunately, I can't really do that, because there aren't any. These cards were picked simply because they are awesome. Look at them: they are awesome cards! (The designer of the product gets a complimentary copy, right, Director of Magic R&D Aaron Forsythe???) I went for a reasonable color balance, and tried to hit most card types, and paid heed to advice from my peers. For example, Organized Play Programs Director Scott Larabee suggested Loyal Retainers and Desertion, while Judge Community Coordinator Eric Sorensen pled Decree of Pain's case. But there just wasn't a lot of drama here. Sorry, Trick! 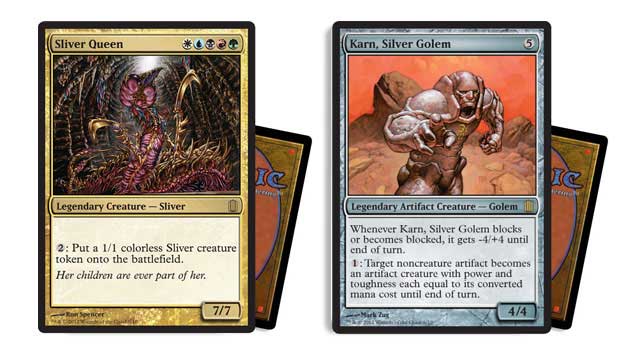 The remaining cards are a nice representational mix, but with only ten here (out of all legendary creatures ever!), we're going to miss far more of your personal favorites than we're going to hit. It happened to me, too—the Commander deck I play the most is led by Ghost Council of Orzhova, and I would've loved to have included good ol' Ghost Dad in the mix, but that would've thrown off the color balance among the two-colored cards too much, and I objectively believe that Grimgrin, Glissa, and Brion Stoutarm are a better trio. Stupid objectivity. I truly hope you find a card here that you already love, or that inspires you to build a new deck around. They're all worthy of following into battle. 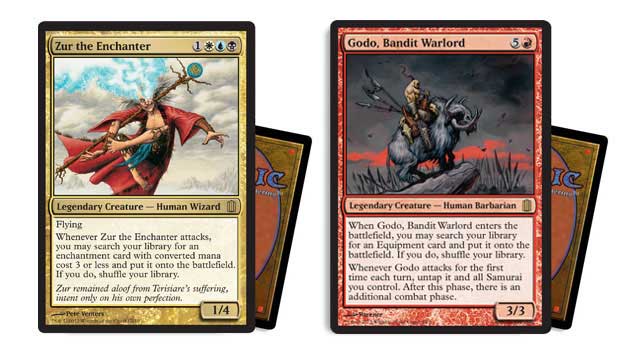 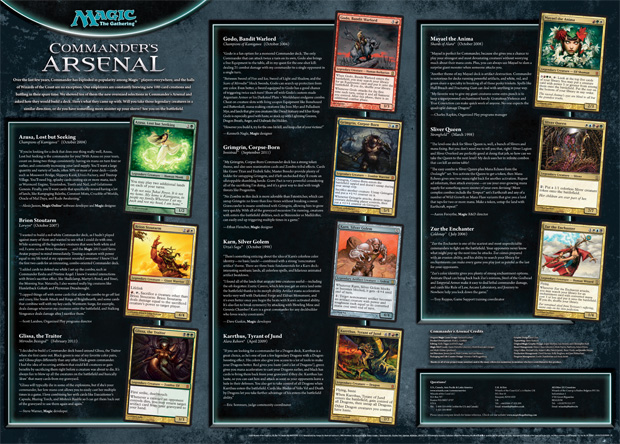 In this insert, wrangled into existence by editor and casual player extraordinaire Kelly Digges, you'll find firsthand accounts from Wizards of the Coast insiders (insofar as they're inside the building; we asked our actual employees) who have Commander decks featuring the ten oversized commander cards. So there's a blurb from the original Great Designer Alexis Janson describing what an Azusa deck can do and what's cool about it, an account from the inimitable Ken Nagle telling you what a Godo deck is all about, Aaron Forsythe advising you about infinite combos with Sliver Queen, and so on. 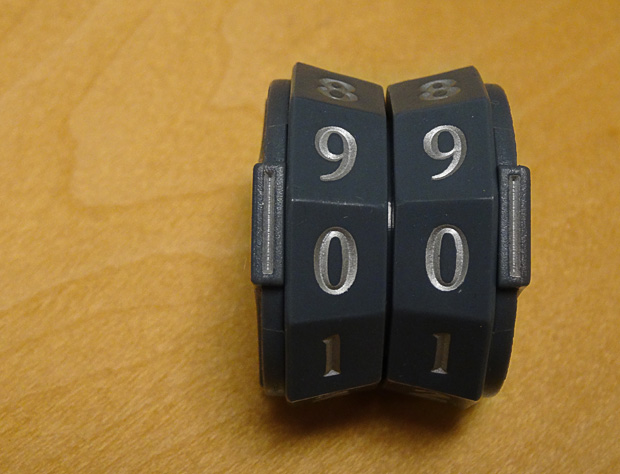 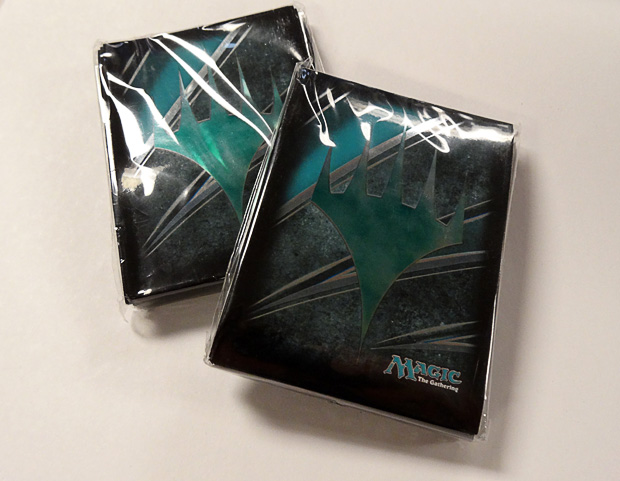