"Seriously, when are you going to reprint Tarmogoyf?"

As the Director of R&D for Magic: The Gathering, I get asked a lot of questions by players, both in person at events and on social media, but no question has been asked of me more times over the past couple of years than the one above.

If you were watching the coverage of Pro Tour Return to Ravnica this weekend—or anywhere near a computer, honestly—you now know the answer: June 7, 2013, as a part of the Modern Masters set.

What is Modern Masters?

The Modern Masters set is a 229-card expansion that contains reprints of Modern-legal cards from Eighth Edition through Alara Reborn. The set will not be Standard legal and will be produced in very conservative quantities—this is a bit of an experiment for us, and we want to get it right; we will not be increasing the quantity of any card in circulation by more than a fraction of what is already out there.

Use the hashtag #mtgmm to discuss Modern Masters on Twitter!

The size and structure of the set is similar to any large set release we've done (Magic 2013 for example). There's the standard recipe 101 commons, 60 uncommons, 53 rares, and 15 mythic rares. Some cards changed rarities from their original printings either because (a) we needed some mythics, and a lot of these cards are originally from sets which predate mythics, or (b) we wanted to balance the limited environment. There are no basic lands in the set; instead, the fifteenth card in each pack is a foil. That's right—a foil in every pack!

Boosters for this set will have a significantly higher MSRP than those from "normal" sets—$6.99 as opposed to $3.99—for a few reasons. First and foremost, the set is packed with the greatest hits from over six years' worth of expansions. The power-level of the cards in these boosters is very high compared to the average, and we didn't want to make every other set we have in the pipeline comparatively unattractive from a price standpoint by charging too little for this one. Second, as I mentioned before, there's a foil in every pack, which is a big departure from our other booster offerings. And third, we hope the price difference keeps the product out of the wrong hands. The set will not be Standard legal—I repeat, the set will not be Standard legal—and we don't want newer players picking these up by mistake thinking they can use them at, say, Friday Night Magic. The higher price should give them pause and make sure that players that know exactly what they're buying are the ones getting them.

The Modern Masters set will be English only and sold only through hobby retailers around the world and will be packed out in display boxes of 24 booster packs as opposed to the normal 36, for two reasons. First, the different box shape will make the set stand out on shelves. And secondly, 24 packs is the perfect number to draft with! 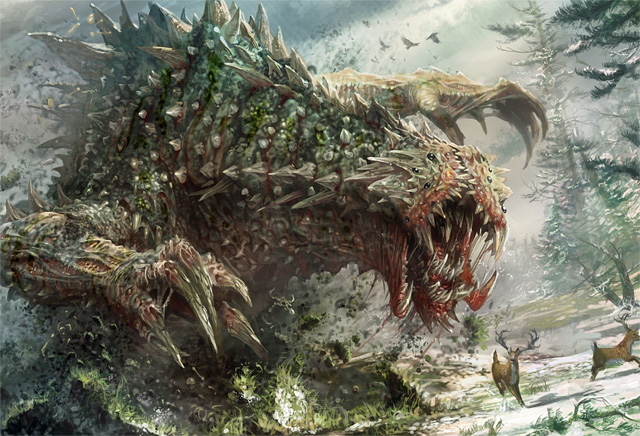 Why did we make this set?

A little over a year ago, we announced the creation of the Modern constructed format—a non-rotating format in which cards from Eighth Edition forward are legal. We knew that many players wanted a non-rotating format in which to keep playing their older cards, but the best alternative at the time—Legacy—was, and still is, hampered by card availability problems that stem from our Reserved List (a policy that prevents us from reprinting several cards from Magic's early days, many of which are tournament mainstays). Since our hands are tied when it comes to growing Legacy, we made the decision to create a similar, smaller format for which we had no restrictions about what we could reprint.

In the months since, there has been a pair of Modern Pro Tours, several highly-attended Grand Prix, a PTQ season, and it was a big part of the Magic Players Championship. There are daily tournaments in the format quite regularly on Magic Online and, most encouragingly, there are Modern tournaments being run in stores without any program or other prodding from us. In short, the format is catching on nicely. But Magic has been growing and growing to never-before-achieved numbers of players in the past few years, and as the community has grown, so have rumblings over card availability for Modern.

I made a big deal early in the format's life that not only were we allowed to reprint the staple cards of the format, but that we actively planned to do so. A good bit of that rhetoric was anchored in the fact that I knew the ten "shocklands" were slated to appear in Return to Ravnica and Gatecrash; similarly, a couple other big Modern cards are slated to show up in other Standard-legal sets down the line. But we didn't have a great solution for getting more copies of cards that are too powerful to reintroduce to Standard into circulation. (If you're wondering, yes, we debated many times the possibility of having Tarmogoyf return to Standard but ultimately decided we didn't want to do it.)

The best tools available to us were our fixed-card products like Duel Decks and multiplayer products like Commander and Planechase, but trying to get older cards into circulation using those avenues is difficult and inefficient, and can end with the products being purchased for reasons other than what they are intended for. The From the Vault series was also discussed (and will continue to have spicy Modern-legal cards from time to time), but those cards are all fancy foils—which some players don't like—and we can only manage to get a small number of cards into it per year. We needed something different.

After lots of discussions, I kept coming back to the vehicle that has allowed us to get older cards into circulation on Magic Online in a way that was both efficient and enjoyable—Masters Editions. We've had four such releases online, each one laden with powerful cards from Magic's past mixed together with just enough quirky nostalgia to make a fun limited experience. We have a slot in the calendar in the spring of each year for an "alternate way to play" product—home previously to Commander, Archenemy, and Planechase—why not have Modern be the alternate way to play?

Max McCall, Erik Lauer, Ryan Spain, Shawn Main, and I are the team that put the set together, and it was a total blast. Erik in particular did a lot of work on the Magic Online Masters Editions, and he has a knack for getting the mix of power and fun just right. 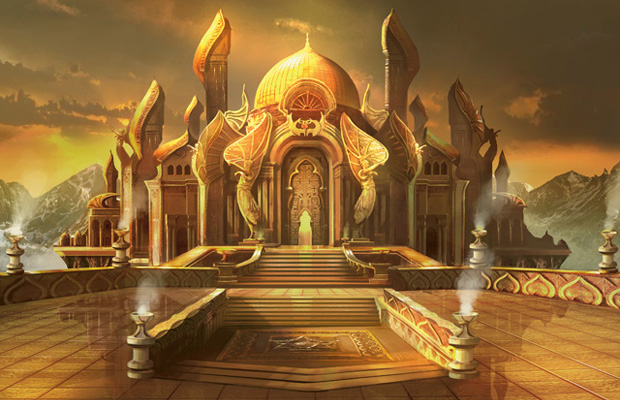 How can I play it?

As mentioned before, the product will be on sale in stores on June 7, 2013. If my guess is correct, this is going to be a hot item—we aren't making very much of it, remember—so you may want to ping your store owner ahead of time to set aside a box for a draft. Let me tell you, battling storm versus dredge versus Faeries in draft is an unforgettable experience, kind of half-way between a normal set and Cube.

Additionally, the set will be available for drafting on Magic Online, although in an effort to keep a tight rein on how many we're printing, the cards will not be redeemable. Dates and details on the Magic Online release will be made available when they are finalized.

Finally, the coolest thing is that we'll be running a limited Grand Prix using all Modern Masters product—both the sealed deck and draft portions—in Las Vegas on June 22-23. You won't want to miss that!

There will be inevitable comparisons of this set to Chronicles, a much-maligned release from 1995 that flooded the market with reprints of highly sought-after cards from Magic's first few expansions. The outrage from collectors with regards to that set led to the creation of the Reserved List, and our hands are still tied from the effects of those compounded mistakes 17 years later.

Chronicles was brought up internally time and time again as Modern Masters evolved. Our R&D and Brand teams have spent many hours contemplating what Chronicles was trying to accomplish and where it went wrong. I ultimately feel that its biggest sin was that it did not respect people's existing collections—a sin we have no intention of repeating.

A glance at print run numbers available in the public domain shows that Chronicles likely increased the number of some cards in existence by a factor of ten or more! Cards that were rare and highly collectible were suddenly ubiquitous. The error was one of scale, and while I understand what the people working here at the time were trying to accomplish, in retrospect it was handled badly. Granted, they were adding their cards to what was then Type 2 (now Standard) and we are not, but I have to think there was a better way for them to solve the problem.

We won't make that mistake again. We don't want to turn cards from scarce to abundant in the blink of an eye, but we do want to alter the availability by a matter of degrees, all with the goal of growing the reach of the Modern format. Ideally, over time, any short-term drop in desirability of older cards you may own will be recouped as more players enter the format. I can't say it enough: our print run is very small, especially compared to what we're making for our current headliner sets like Return to Ravnica. We're playing in a very delicate space, and we know that, but the promise of the Modern format was that we would address card availability issues, and we are focused on figuring out the best way to do that.

If the set works and accomplishes what we want—more Modern players—we'll contemplate making another set like it some time down the road. But for now, our plan is to stick with our small printing and keep a close eye on what happens.

What else can you tell me?

For starters, there's a bunch of new art in the set. There will be tokens in the pack, several of which have never existed in paper before (Bat token, anyone?).

Beyond that, you'll have to wait a few more months for our regular preview plan, including information on which other cards are in the set.

This set is a big deal, and from my perspective it marks the fulfillment of a promise. We want to do what's right for growing the game in as many ways as possible, including some daring experimentation. I hope you are excited as I am for this product, and stay tuned!