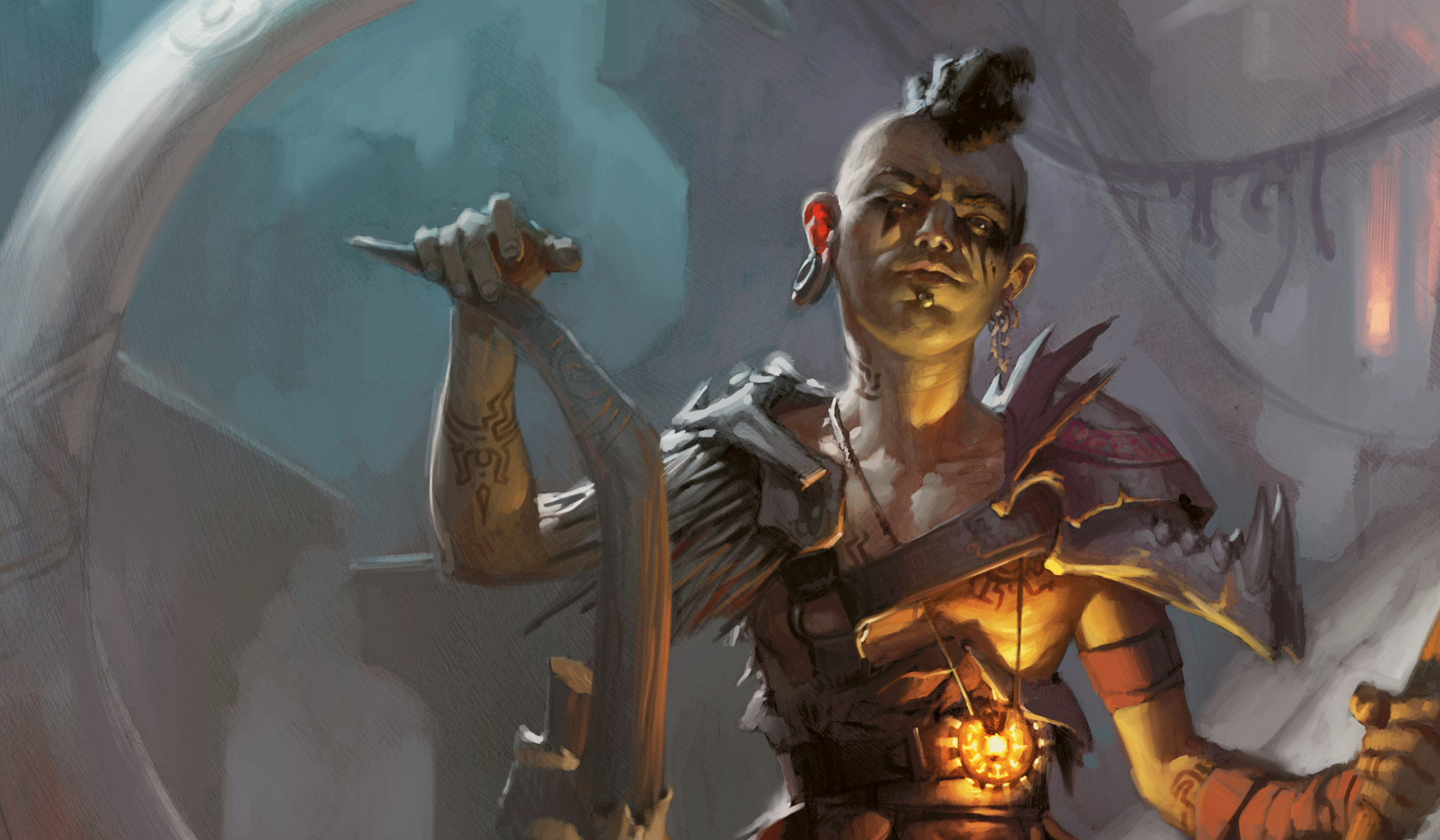 Domri Rade has always had the guts to defy the powers that be. He just never had the strength to stand up to those who oppressed him.

Native to the plane of Ravnica, Domri was orphaned to the broken streets and decrepit ruins of the city outskirts. He spent his adolescence on the run, dodging Boros patrols, slipping out of Azorius binding spells, and avoiding Orzhov kingpins looking to ensnare him in their godless syndicate. Though he longed to fight alongside the Gruul Clans, he was so small and wiry that none of the Clans actually claimed him as their own. When young Domri looked for allies, he found them in the wild beasts of the battle-torn Rubblebelt.

Domri’s affinity for wild creatures grew out of his natural distrust of rules, hierarchies, and authority figures. While he has little talent in hunting and slaying beasts as many Gruul warriors do, he can weave magic that summons, commands, and enhances these beasts. He proved his mettle in combat by spurring a herd of ragebeasts to defend his home turf, nearly singlehandedly destroying an Orzhov procession that sought to exploit the denizens of the region. After the battle, Borborygmos named him an honorary member of the Gruul Clans.

Domri is now a Planeswalker, but he still has much to learn. As his abilities grow, his restraint fades. Seeing that there are multiple planes has made him even more reckless about the state of his home world. He summons ever more monstrous creatures, revering ferocity over discipline, never curbing his rash impulses. 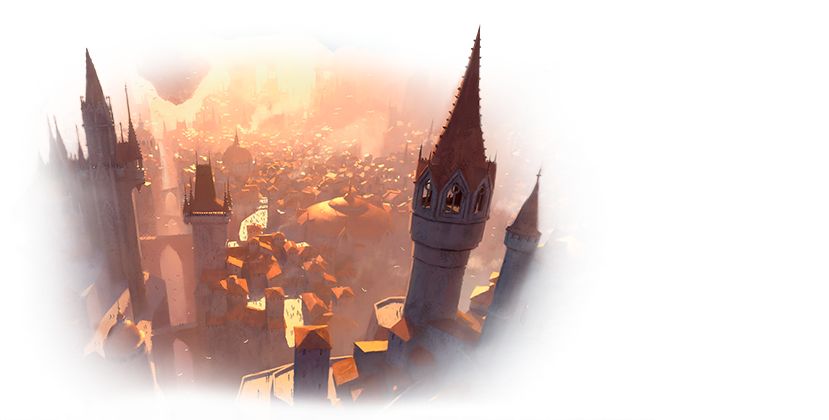 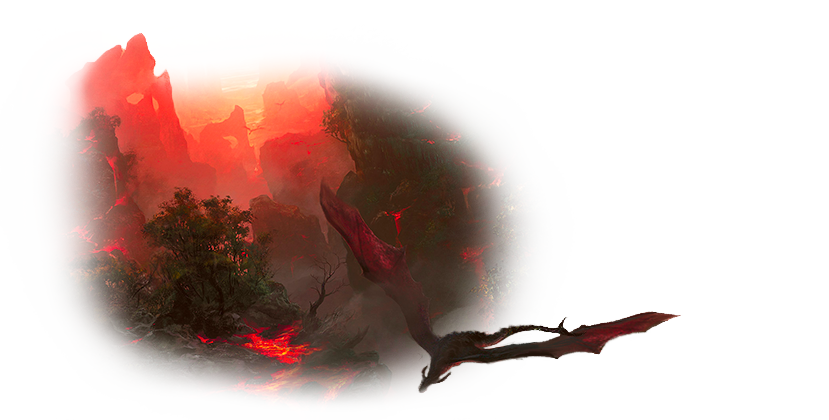 To be close to the Old Gods, you must go under the earth. There you will hear their voices and feel their power. Some may whisper sacred words to you, some may give you visions, some may fill...

Godless Shrine | Art by Cliff Childs They stood and gazed at the intact window, the Orzhov guild symbol catching the morning sun, filling the ruined cathedral with a golden glow. To see such a...

If someone were to ask you out of the blue what the greatest Planeswalker of all time was, you'd probably say something along the lines of "snap-Jace!" and by that you would in all likelihood...