This is a summary of the rule changes planned to come to Magic with the release Streets of New Capenna. The official rules are still under review at the time of this writing. When they are published, they can be found on our rules page. If there should be a discrepancy between this summary and the official rules, the official rules take precedence.

The first subrule in this section explains the connive keyword action. Specifically, if a creature is instructed to connive, its controller draws a card, then discards a card. If a nonland permanent is discarded this way, that player puts a +1/+1 counter on the conniving permanent.

This is the entry for casualty. Casualty N means "As an additional cost to cast this spell, you may sacrifice a creature with power N or greater," and "When you cast this spell, if a casualty cost was paid for it, copy it. If the spell has any targets, you may choose new targets for the copy."

A second subrule explains that if a spell has multiple instances of casualty, they are each paid separately and each trigger based on the payments made for it.

This is the rule that defines the blitz keyword ability. Blitz represents two static abilities that function while the card with blitz is on the stack and a static ability that functions while the object with blitz is on the battlefield. "Blitz [cost]" means "You may cast this card by paying [cost] rather than its mana cost," "If this spell's blitz cost was paid, sacrifice the permanent this spell becomes at the beginning of the next end step," and "As long as this permanent's blitz cost was paid, it has haste and 'When this permanent is put into a graveyard from the battlefield, draw a card.'" Casting a spell for its blitz cost follows the rules for paying alternative costs in rules 601.2b and 601.2f–h.

Hideaway has been updated with the release of Streets of New Capenna. 702.75a now contains the new definition of hideaway, and 702.75b makes the errata to older cards that goes along with it explicitly clear. With this change, "Hideaway N" means "When this permanent enters the battlefield, look at the top N cards of your library. Exile one of them face down and put the rest on the bottom of your library in a random order. The exiled card gains 'The player who controls the permanent that exiled this card may look at this card in the exile zone.'"

With the addition of the in-universe counterparts to the Secret Lair x Stranger Things cards, several rules have been added or updated to address how to handle cards with different English names that are treated as though they have the same name.

The current 201.3 and the rest of the name section get bumped down to make room for this new section about interchangeable card names. The upshot is that for all deck construction, format legality, and game rules purposes, cards with interchangeable names are considered to have the same name.

This new subrule explains what happens if a player is instructed to choose a card name and chooses the name of a card with interchangeable names. In that case, the name of each of the appropriate cards has been chosen.

This is the rule that handles alternate names, which are found on some cards with a secondary title bar like Zilortha, Strength Incarnate. Moving forward, these cards may reference their secondary name line in rules text, and this rule has been updated to cover that. Notably, these are not the same as interchangeable names, and these cards are still always considered to have the name in their secondary title bar. The official Oracle text of these cards will continue to reference that name.

This new rule explains that the indicator that appears below the text box on certain cards with interchangeable names refers to a specific version of that card.

Several rules in various format sections have also been updated to explain that, for the purposes of deck construction, cards with these interchangeable names have the same name. 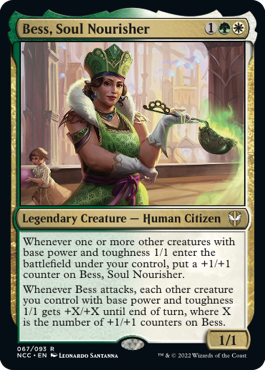 This new rule explains what happens in the very rare case that a spell loses flash during the spell-casting process. If that happens, the player may finish casting the spell as though it had flash. 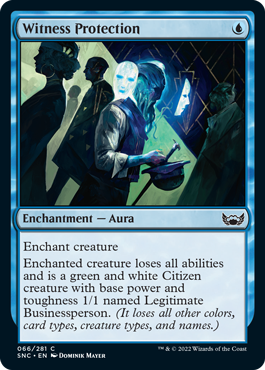 This rule used to refer explicitly to the card Awakening of Vitu-Ghazi, but now Witness Protection does the same thing, so this rule has been generalized. This is not a functional change to either card.

This new partner subrule explains how the friends forever partner variant works. Notably, it does not interact with any other partner ability.

Some cards with the escape ability say "[This permanent] escapes with [something]." Sometimes the "something" is a replacement effect that changes how it enters the battlefield, and sometimes its an ability that the permanent has. A new subrule disambiguates these cases.