Coming to a store near you, Secret Lair: Ultimate Edition is making fetch happen. 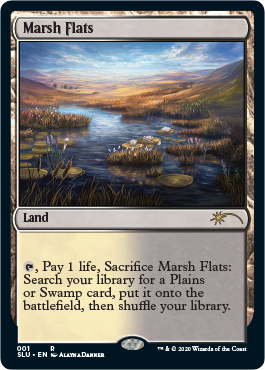 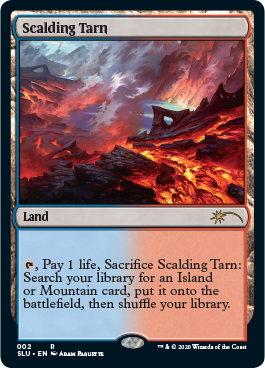 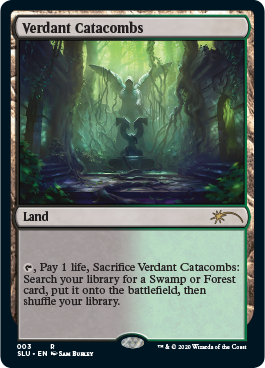 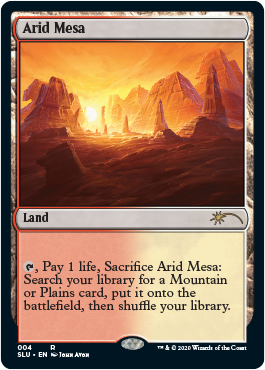 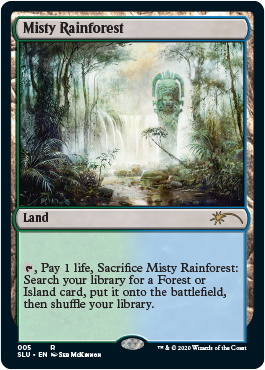 But. That's. Not. All! When you purchase Ultimate Edition, those five fantastic-looking lands come in a commemorative box that can be used for display. Like so: 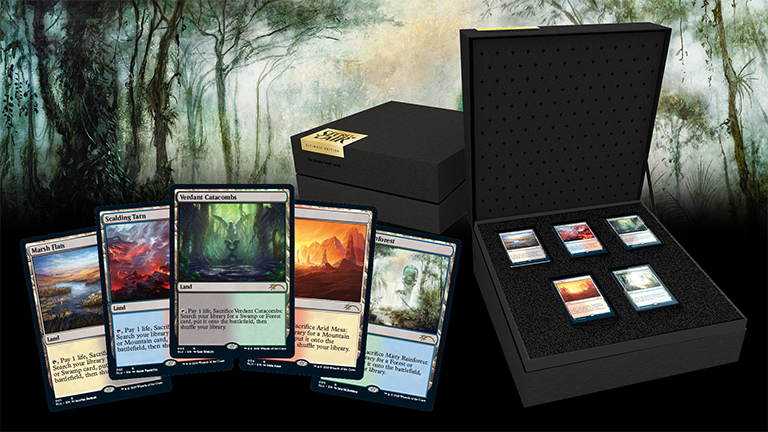 With the excitement over the Secret Lair Drop Series, we were looking for an opportunity to combine Secret Lair's brand of exciting art with cards players want in their local game store. We're still new to the Secret Lair thing (And we're having a blast with it, thank you very much!), but we're excited to explore ways to get more versions of Secret Lair, like Ultimate Edition, into local stores.

Quick note on what we mean by "Drop Series": Our current Secret Lair Drop Series—the print-to-demand drops, like Year of the Rat and International Women's Day—don't work cleanly as traditional retail releases (for a lot of logistical reasons). Those are what we call "drops" or a "Drop Series." Ultimate Edition is something of a different product line under the Secret Lair umbrella with the same sensibility but a different distribution model.

While the vast majority of these will go out through WPN stores, there will be another opportunity to pick these up. The week after these go on sale at WPN stores, we'll be running a Secret Lair superdrop much like we did in December. We'll share more details about all of the drops closer to June, but the one detail we can share today is that if you purchase the bundle that combines each drop that goes on sale during the superdrop, you'll receive one random fetch land for each bundle you purchase.

What's a superdrop? These are multi-day sales including multiple different drops that can be purchased individually or as part of a bundle, just like we did back in December.

Secret Lair has so far been a fantastic success, and players are learning to love the drops that appeal to them. We hope to continue to expand the love to other venues as we evolve this exciting way to deliver new twists on old favorites.

As for what's next with Secret Lair, be sure to follow @MTGSecretLair for all things Secret Lair.

Speaking of old favorites, this isn't the last time you'll see fetch lands this year, either. While they will not be entering Standard in 2020 (let's put that rumor to rest right now—having these in abundance still isn't a play pattern we want in Standard), there will be another way to pick up some stylized versions of fetch lands later this year that will also be in your local game store.

Why are we making fetch happen again in 2020? Well, it is the Year of Commander, after all, and many players enjoy these special lands in their multicolor decks. Plus, we know players need these for Modern, and we haven't printed new versions of these since 2017.

But, really, it's so we could use the headline "Making Fetch Happen," because all the best jokes reference 2004.

There's even more coming from Secret Lair in 2020, so stay tuned and stay in touch with your local store for more on Secret Lair: Ultimate Edition.