On March 12, Magic: The Gathering Arena will be updating Historic with 25 new cards to add to players' arsenals—and Secret Lair is going to get in on some of the action.

Want to view the full announcement made this morning? Click here!

Among those 25 new cards, players will discover a powerful two-drop in Thalia, Guardian of Thraben—a card that has befuddled opponents in nearly every Magic format, digitally and in paper. On the same day that Thalia joins Historic, players can order a special Secret Lair Drop Series set of four Thalia, Guardian of Thraben featuring four new depictions of the popular legend with Thalia: Beyond the Helvault. It's a celebration of paper and MTG Arena players that unites us all in our hatred of opponents who mess with our stuff.

But what's this we said about 25 new cards for Historic? Well

On March 12, MTG Arena is releasing its second Anthology of new cards going straight into the Historic format, alongside the return of Historic Ranked and Traditional Historic Ranked queues. Both queues will kick off March 12 and run until April 16.

The State of the Game on March 5 will have more information, but you can read about the new cards here or just glance down about half an inch:

All 25 cards will be craftable via Wildcards or you can purchase a playset (four copies of each card) for either 4,000 gems or 25,000 gold.

Here's what you'll get with each copy of Thalia: Beyond the Helvault—

Thalia: Beyond the Helvault is being published in English and features new artistic interpretations of Thraben's brave guardian by Johannes Voss and Magali Villeneuve, each depicting the character at a different pivotal moment in her life. 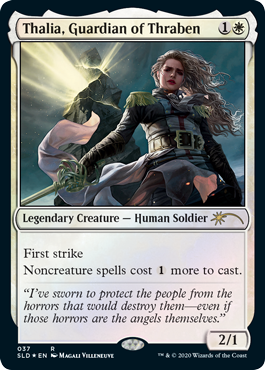 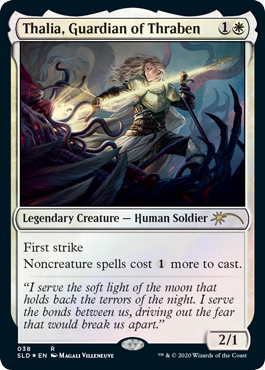 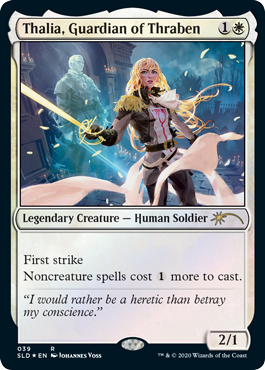 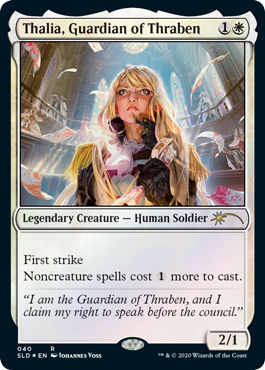 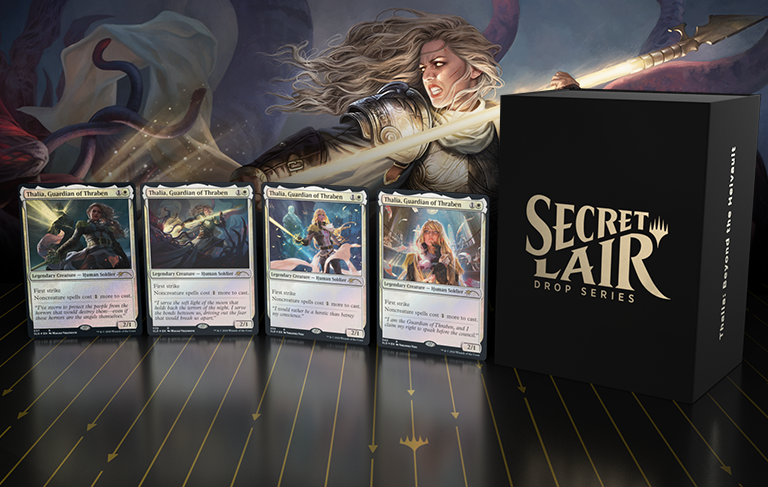 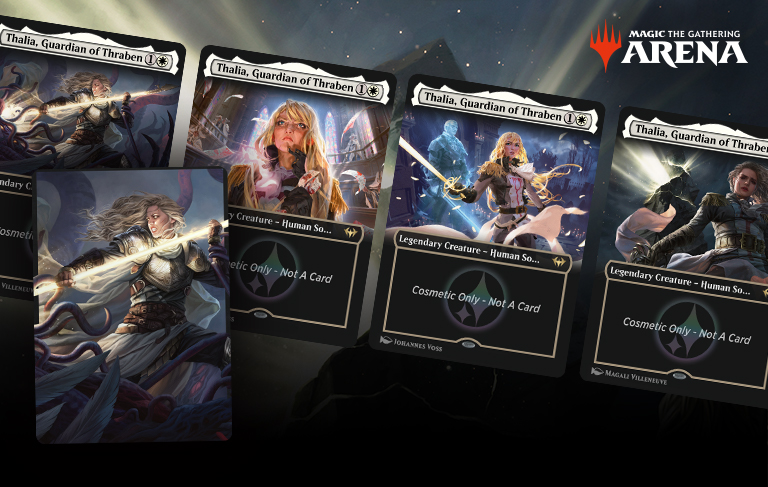 When you purchase the Thalia: Beyond the Helvault drop, you'll get a follow-up email that will confirm your purchase. Your code will be made available once your item is on hand and ready to begin its shipping process.

Similar to other Secret Lair drops, we want to make sure you can get this drop if you want it. Purchase in the 24-hour window, and you're guaranteed to join forces with this powerful woman.

Just like last time, orders will ship as soon as inventory is available. The earlier you order, the faster your package will likely arrive. We're aiming to have all orders arrive within 6–10 weeks, with some arriving at your door right away.

We can ship to the following countries:

*Customers in these countries may have to pay customs/duty fees upon arrival.

For more on Secret Lair drops, watch this space, sign up to be notified on the newest drops at secretlair.wizards.com, and follow @MTGSecretLair for the next installment of the Secret Lair Drop Series.