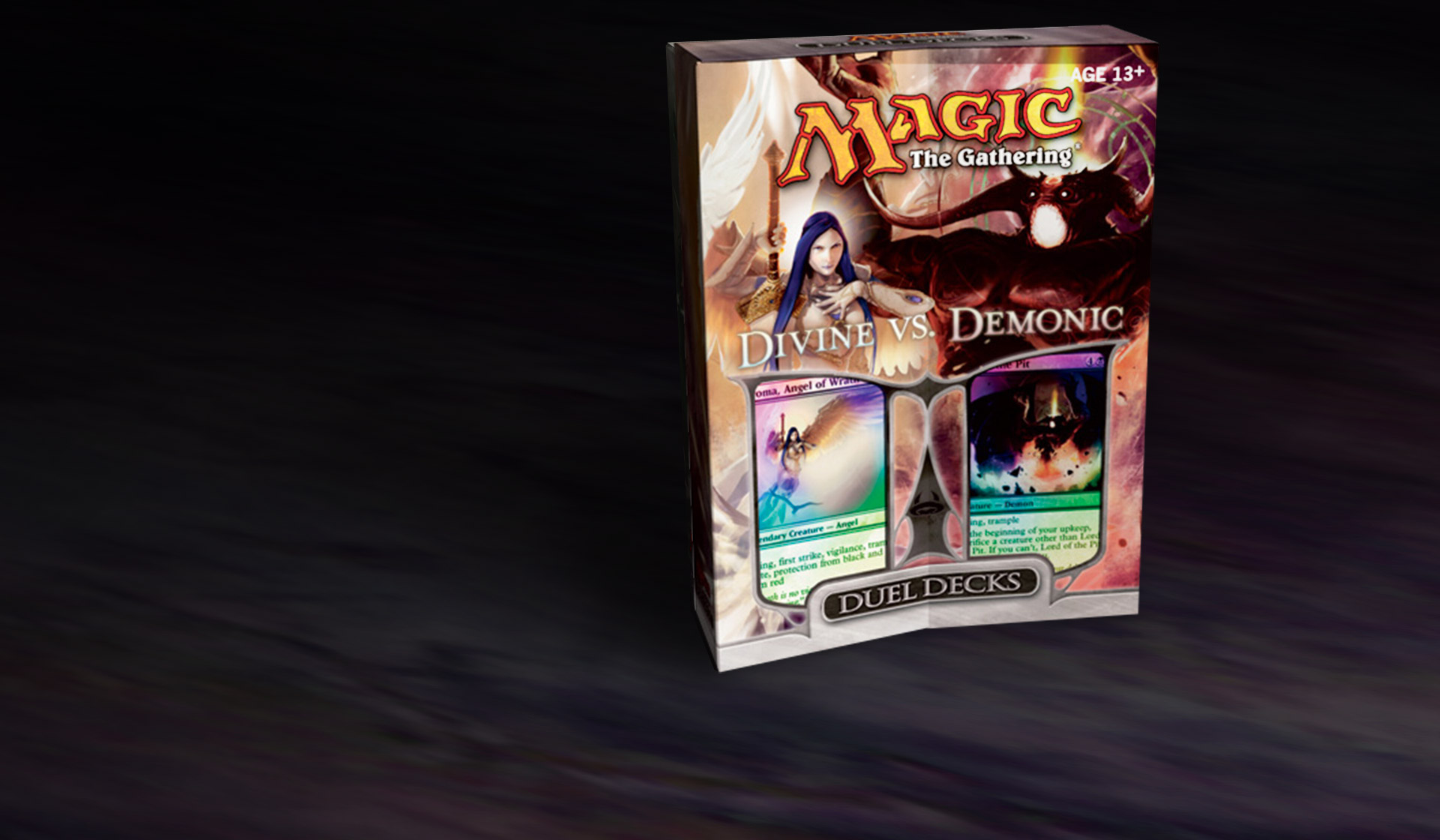 The clouds blacken and crackle with dark magic, ushering in the demons. A flight of angels arrives, swords gleaming, ready to cleanse the heavens. Where will you stand in this battle of good and evil, and are you willing to fight a fellow Planeswalker to do it? Which celestial force will take the skies?

These two 60-card decks showcase some of the best and most beloved Magic cards that the forces of light and dark have to offer. The deck set includes ten rare cards, seven cards with new artwork (including foil art versions of Akroma, Angel of Wrath, and Lord of the Pit). Each card in these two decks is black-bordered and tournament-legal. They were designed to be played right out of the box, with no deckbuilding required. 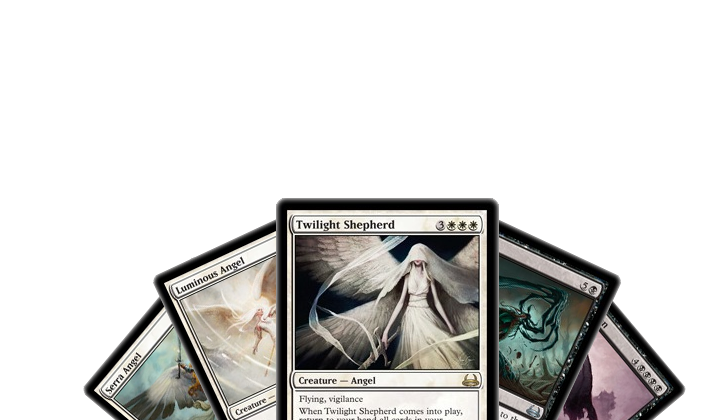