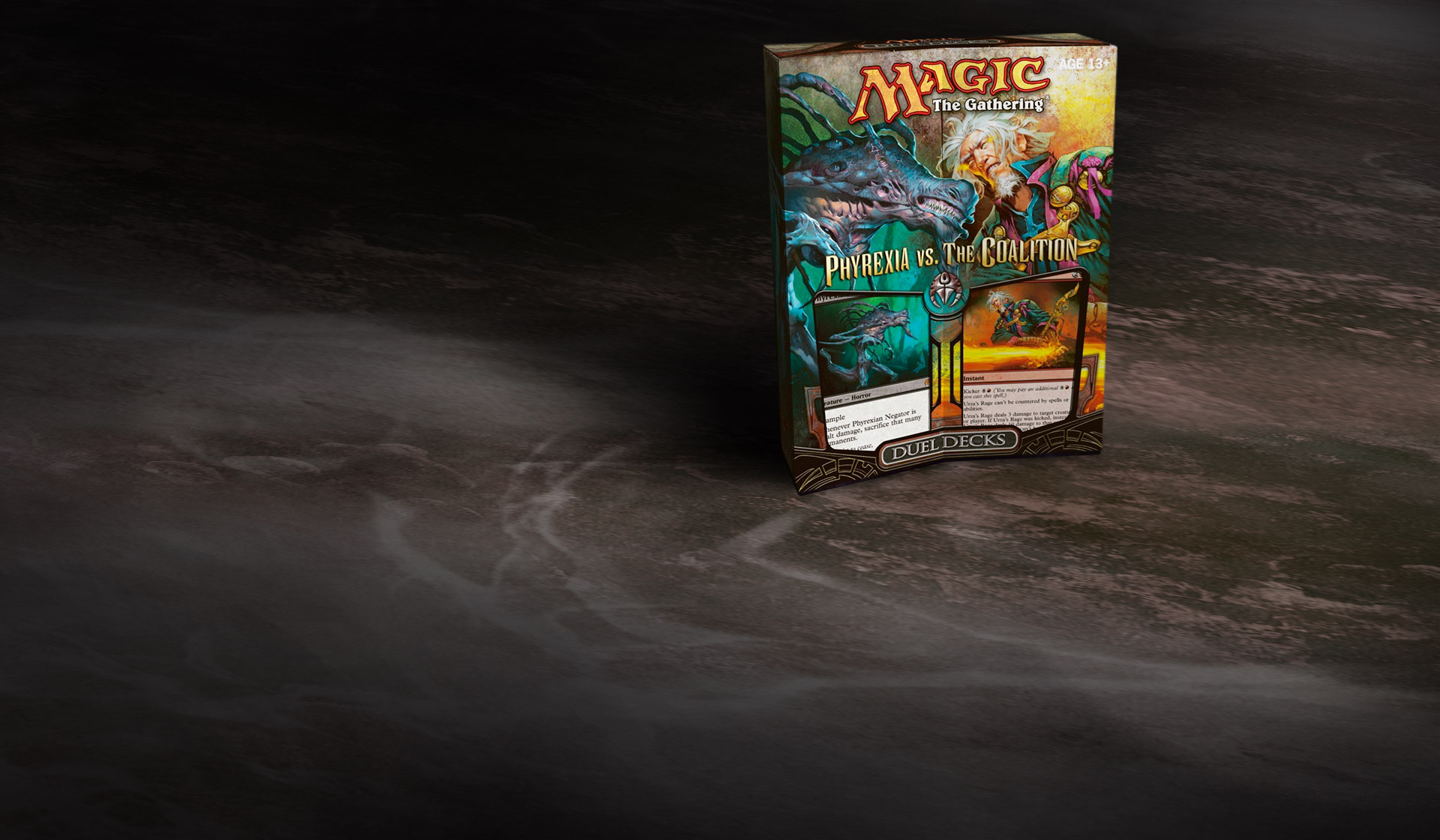 Single-minded and unyielding, the Phyrexian army uses black mana to fuel the efficient killing machines that seek to eliminate everything on Dominaria. But the Coalition, representing the five colors of mana, is determined to stop them and will fight till the end. Which will finally overpower the other?

These two 60-card decks showcase some of the best cards in Magic history. It has ten rare cards, two mythic rare cards, and six cards with new artwork, including foil art versions of Phyrexian Negator and Urza's Rage. Each card in these two decks is black-bordered and tournament-legal. They were designed to be played right out of the box, with no deckbuilding required. 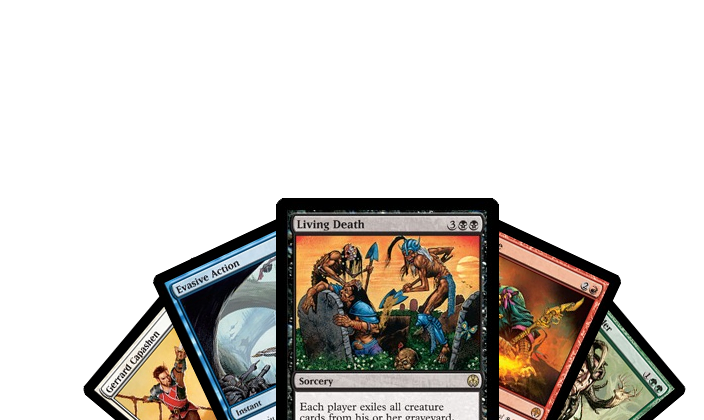 1 Darigaaz, the Igniter 1 Rith, the Awakener 1 Treva, the Renewer
35 Cards