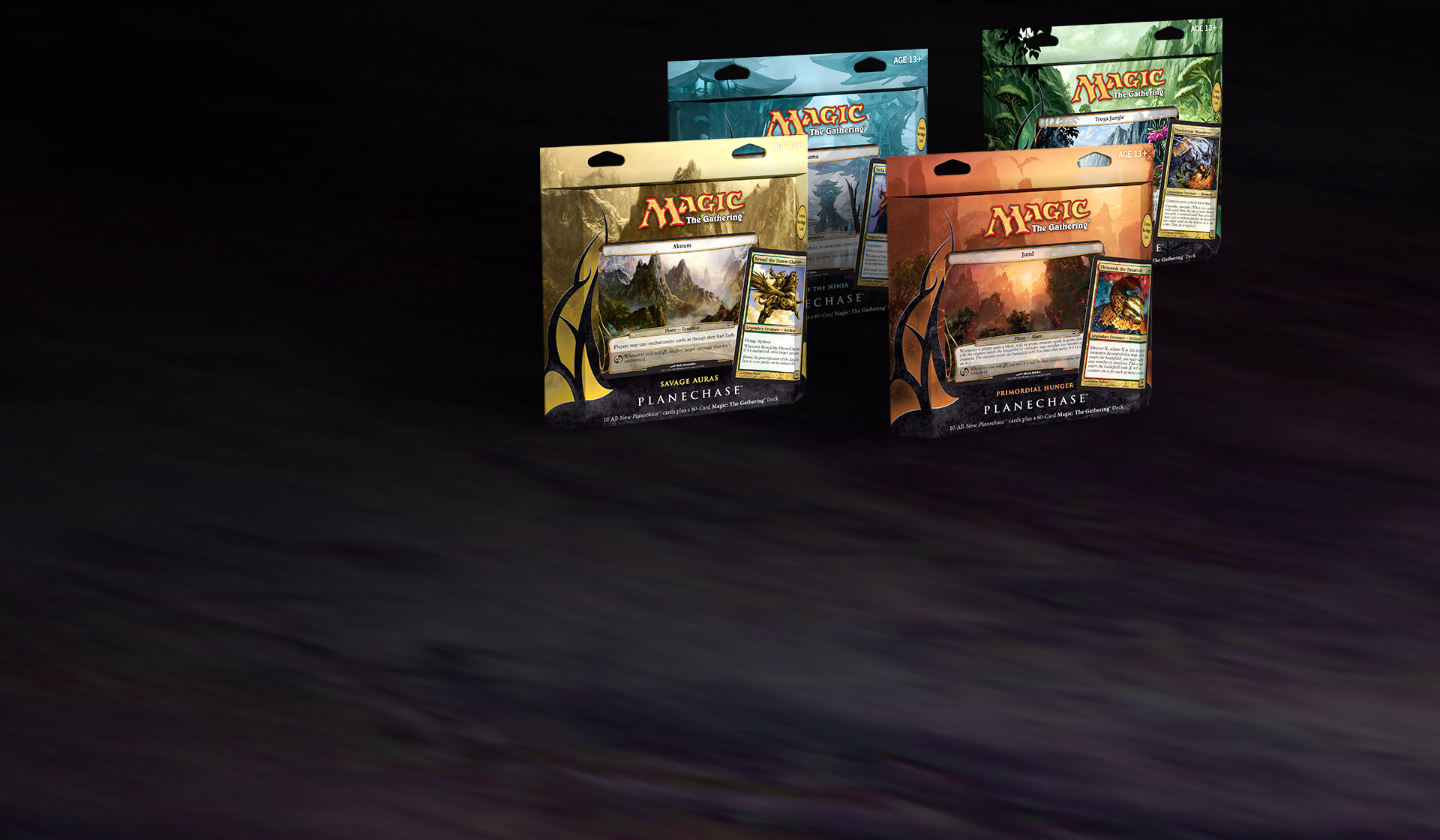 This second edition of Planechase introduces many new planes, plus an entirely new oversized card type: phenomena. Phenomena capture the events which transpire as you jump between planes, and add to the exciting and unpredictable events which unfold during your Planechase games. 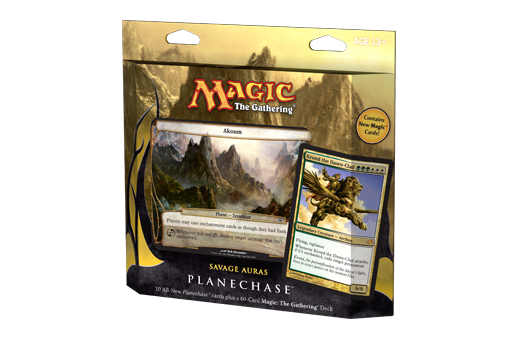 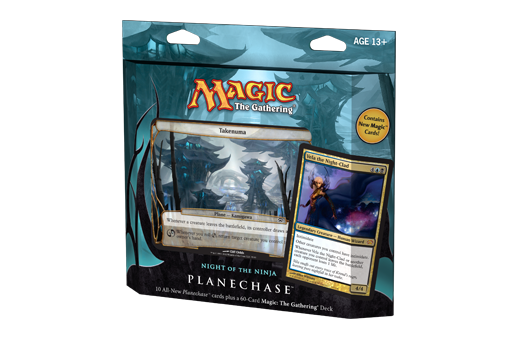 NIGHT OF THE NINJA 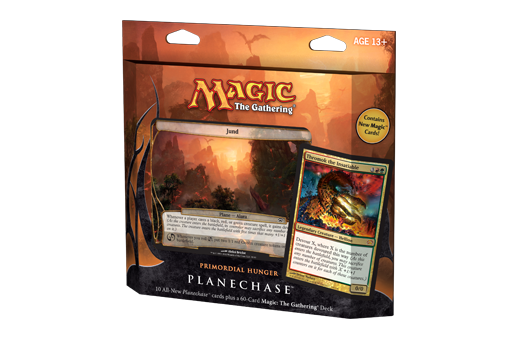 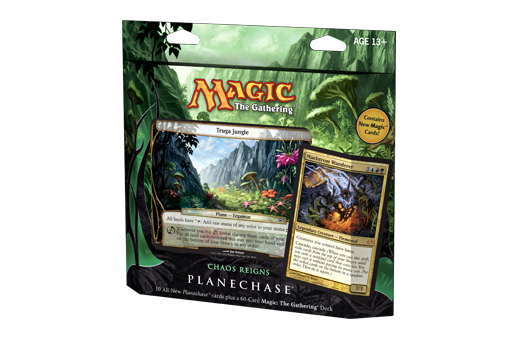 Each of the four Planechase game packs contains one 60-card deck, one 10-card planar deck, one planar die, and a Planechase strategy insert with multiplayer rules. Each deck has eight new plane cards and two new phenomenon cards, for a total of 32 new planes and eight new phenomena.

Read “The Planes of Planechase” 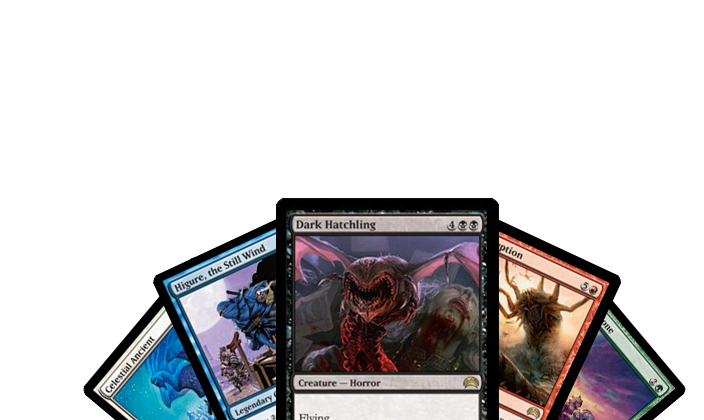