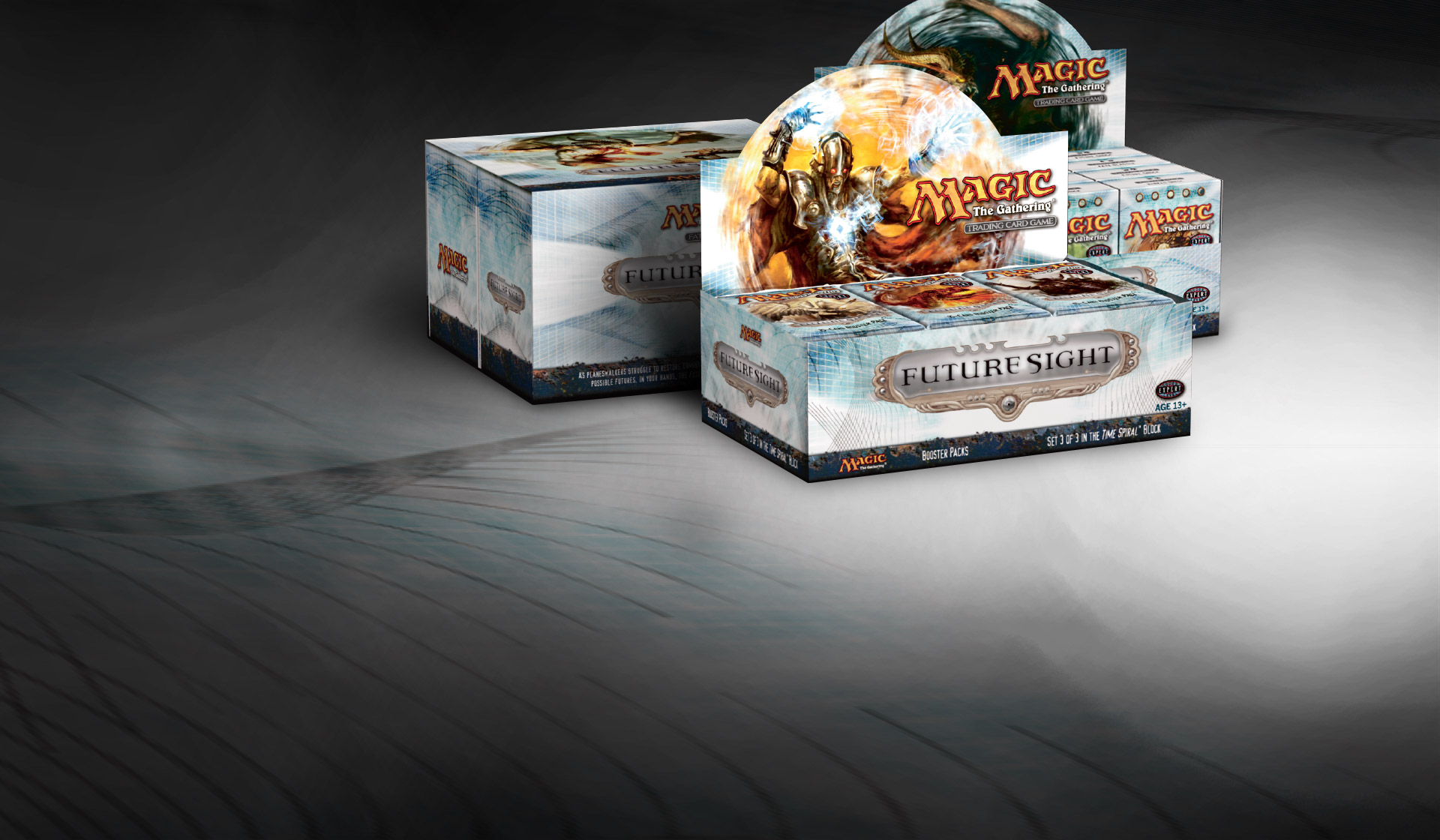 The time rifts that are tearing Dominaria apart have reached into the future, and what comes spilling out is wholly unexpected. Phyrexian horrors flood Dominaria through a rift in time. Planeswalker allies band together to help—some even sacrificing themselves. Meanwhile, a secret evil may destroy all their valiant efforts … 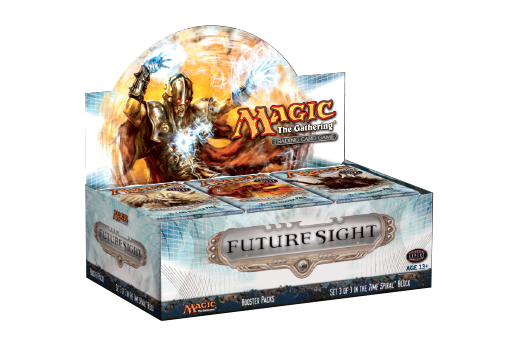 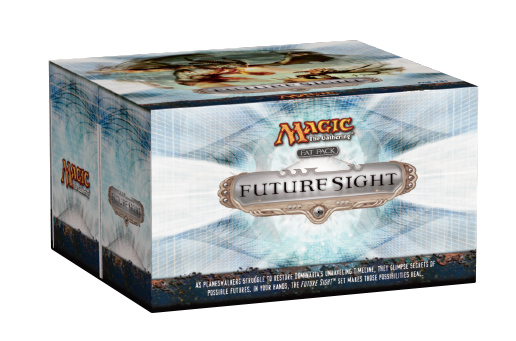 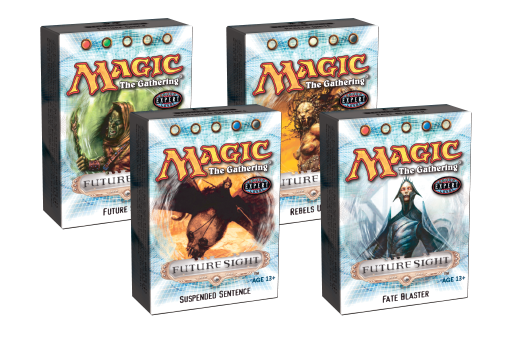 The third and final set in the Time Spiral block, Future Sight features 180 cards, including 81 with a frame treatment from an alternative future timeline, and randomly inserted premium cards. Some “timeshifted” cards from this set have appeared in later expansions. 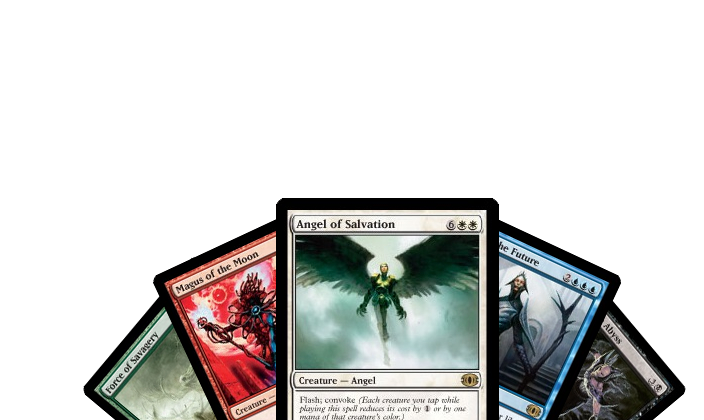