On October 4, the universes of Magic: The Gathering and AMC's The Walking Dead will collide in a one-of-a-kind Secret Lair crossover! 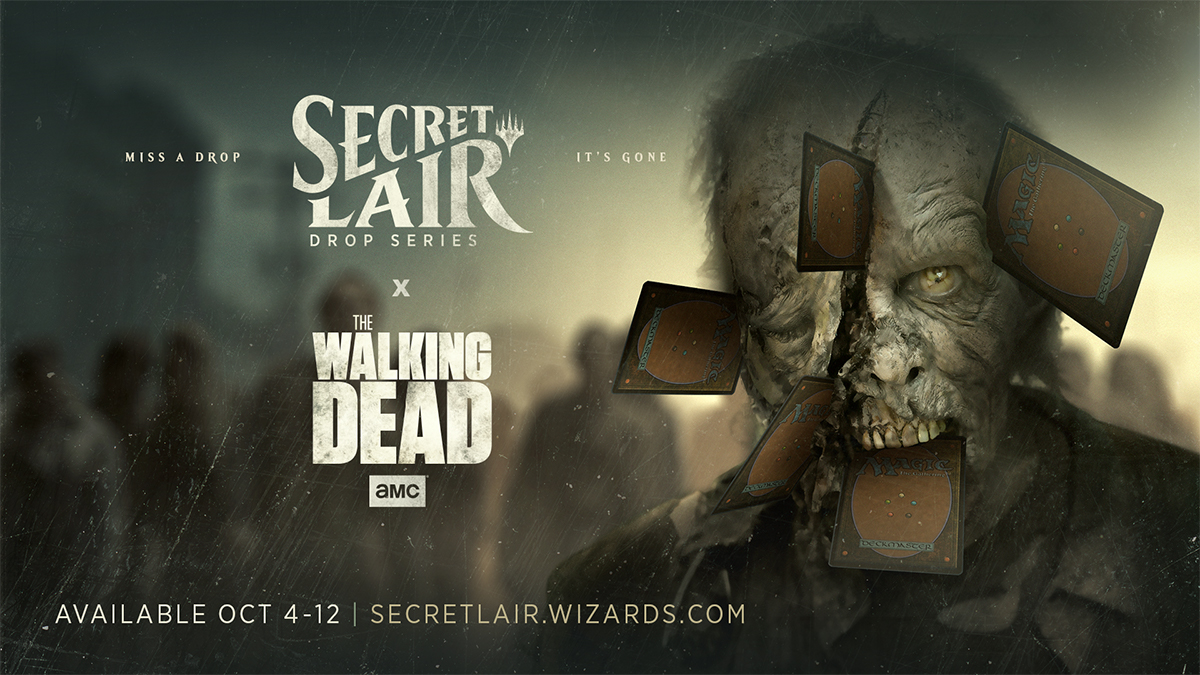 Secret Lair X The Walking Dead will be available for preorder October 4–12, with the cards to be printed and shipped after the preorder concludes. That means if you want them, you're guaranteed to be able to order the drop—but they won't stick around forever! The cards included in this very special Secret Lair drop will be completely new to Magic, depicting the iconic characters of the long-running and critically acclaimed TV series. These are mechanically unique cards that will be legal in Eternal formats. Commander players especially should look forward to bringing their favorite characters from The Walking Dead to life on the tabletop!

We might be saving the best for last with the Talking Dead reveal, but that doesn't mean there won't be exciting reveals around the internet in the days leading up to the big show. In fact, be sure to check out The Hollywood Reporter and Gamespot today (like, right now!) to see two brand-new cards inspired by some of the most memorable characters in The Walking Dead! Then follow @MTGSecretLair, Day9 (aka Sean Plott), and our friends at GameSpot for more card reveals ahead of the big show.

Secret Lair X The Walking Dead will be available for preorder October 4–12 exclusively on secretlair.wizards.com for $49.99/£49.99/€54.99. As with all things Secret Lair, this one won't be around for long. Miss a drop, it's gone!