With Unfinity, there's a universe of things to do at Myra the Magnificent's Intergalactic Astrotorium of Fun. Between spotless safety records (thanks to an impeccable cleaning crew) and perfectly fair games of skill (thanks to cleverly obfuscated probabilistic permutations), there's something for anyone to enjoy.

As Matt Tabak explained in his mechanics overview of Unfinity, Attractions are something that are, well, attractive for decks that plan to use them. (He also explained many other Unfinity mechanics, but we're only concerned with Attractions here.)

Here's his breakdown if you missed it:

"Attractions represent all the rides, games, and shops you might visit while on the midway. Attractions aren't played in your main decks, and they don't have normal Magic backs. Rather, they're played in their own deck called the Attraction deck. 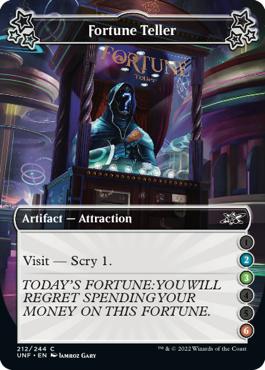 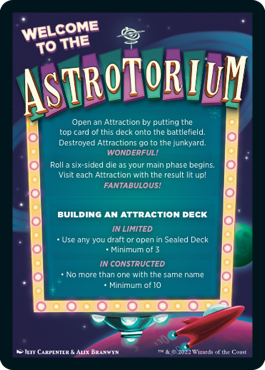 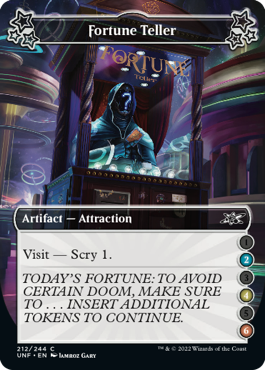 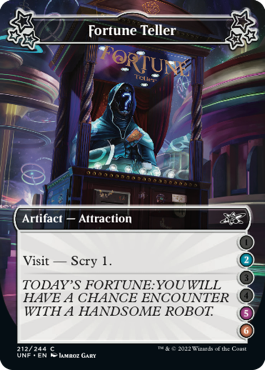 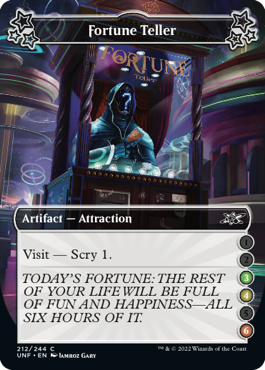 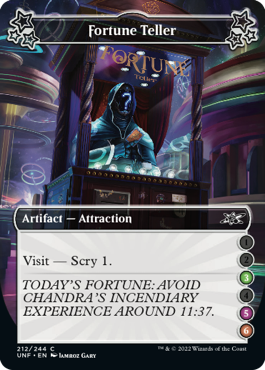 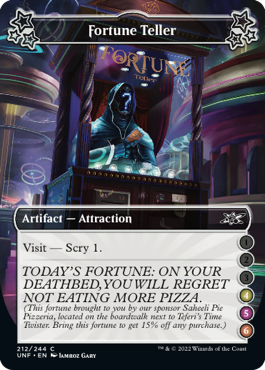 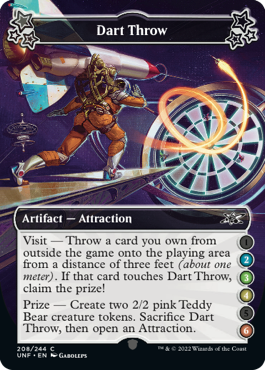 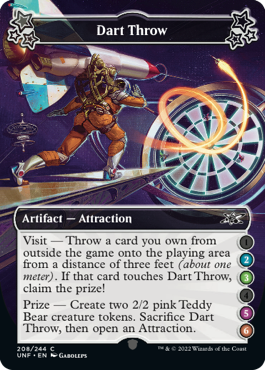 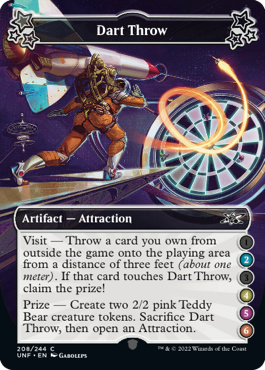 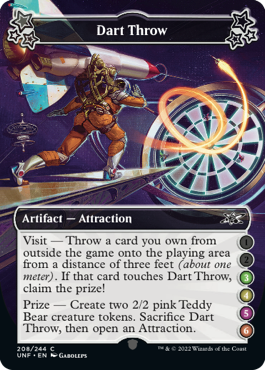 Why all the hullabaloo about Attractions? Aren't they just part of the Astrotorium experience?

One visitor isn't content to settle for a quick thrill or passing challenge. They want to see everything there is to offer. They want to perfect their skill and take home more than they arrived with.

They want to win it all, and not even Myra will stop them.

The Most Dangerous Gamer isn't a misnomer. Every Attraction—every ride, every game, every activity available at the Astrotorium—is one they look forward to, especially if they can win a prize. Attractions, after all, are colorless (they're artifacts and fit alongside any deck) and plentiful.

You can (eventually) find every Attraction in our Unfinity Card Image Gallery, but a few more that offer prizes are below: 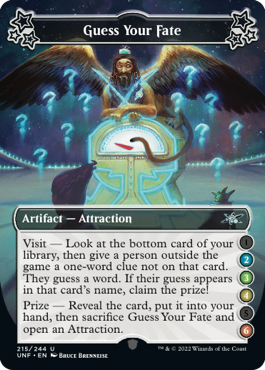 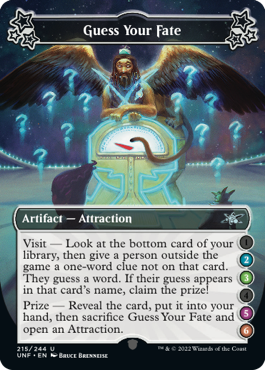 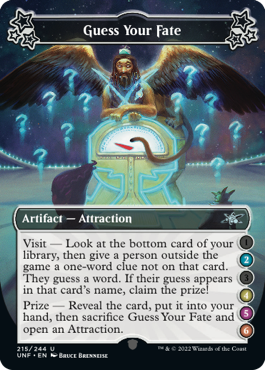 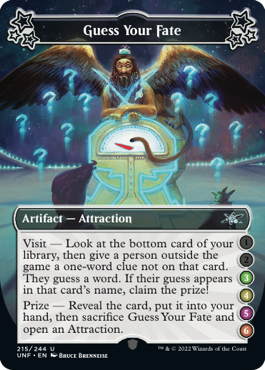 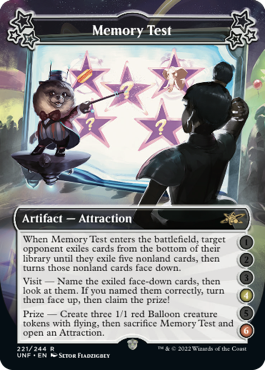 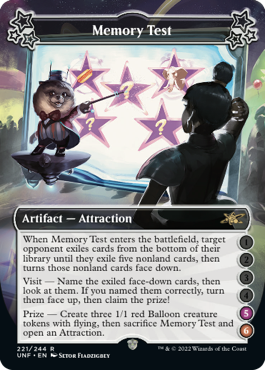 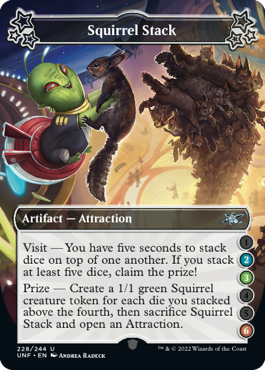 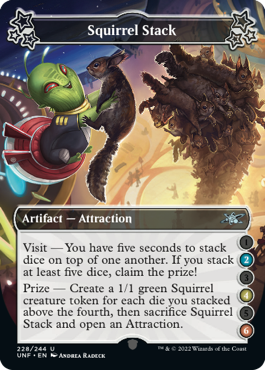 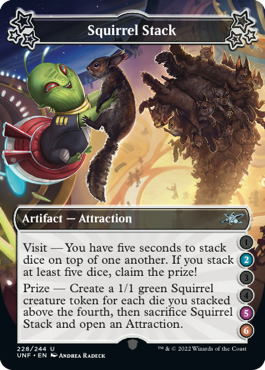 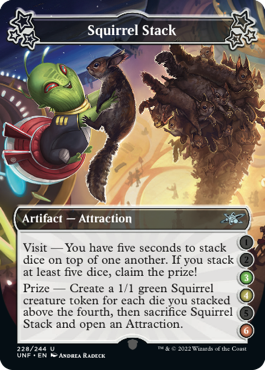 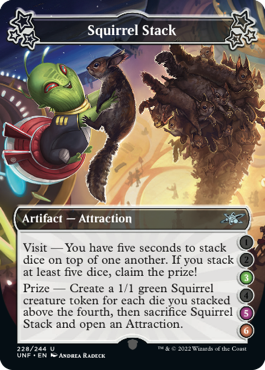 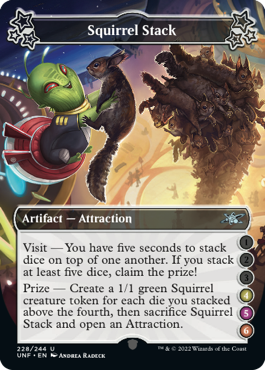 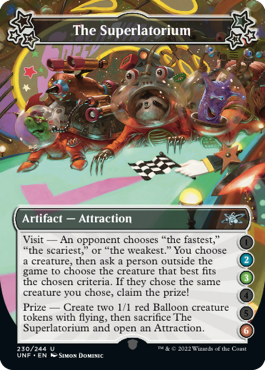 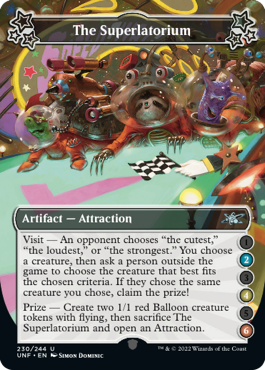 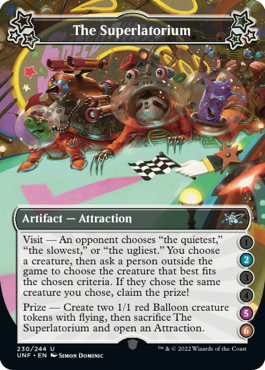 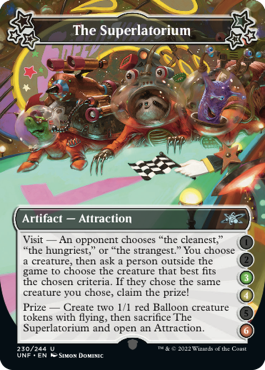 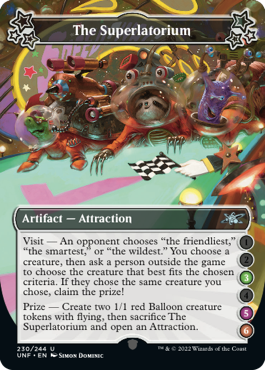 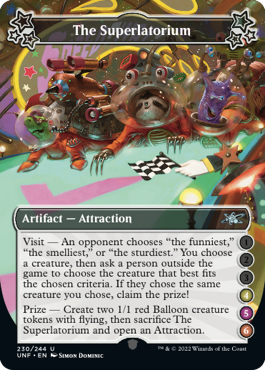 The Most Dangerous Gamer turns every Attraction into an even more exciting addition to your side of the battlefield. It seeks out new ones to open, gets stronger every time it does, and adds to the prizes you win by taking away something (that's probably your opponent's).

The catch is you have to win the prizes. Keep an eye out for even more Attractions that you can min-max-overmax for your benefit—you can be the next most dangerous gamer.

You can preorder Unfinity today at your local game store, online at retailers like Amazon, and elsewhere Magic is sold.