he act of blocking a relatively large attacking creature with a smaller creature (that will die without killing your opponent's creature) is often referred to as "chump blocking." There are times when you simply have to chump block, since that's the only play that will allow you to survive an incoming attack.

Then there are times when chump blocking is a foolish choice that will see you sacrifice a potentially crucial resource (a creature) to protect a resource that you have no shortage of (your life total).

Between these two extremes (where the game state more or less dictates your play for you) there are a lot of situations where you will need to pay careful attention to what your opponent is trying to do, what you could draw, and a whole host of other factors, in order to figure out the right play.

Viewing Your Life Total as a Resource

The ability to correctly determine whether or not you should chump block might not be a particularly important skill to have when you're playing a format like Vintage, where creature combat plays a negligible role in most games. But if you're looking to win more Booster Draft and Sealed Deck tournaments, improving your creature combat talents is hugely important. 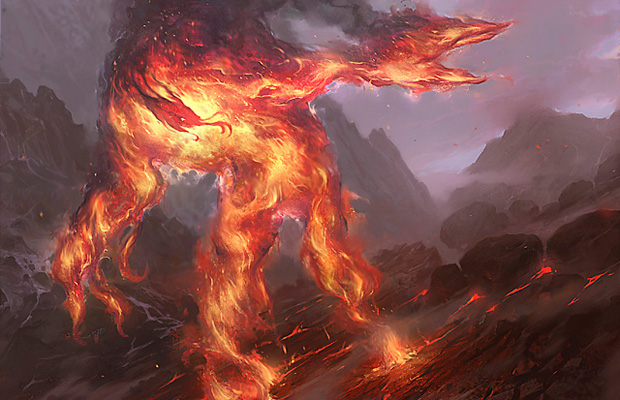 So while you might not want to chump block, if you play even a little bit of Limited you're inevitably going to find yourself in situations where the best play you can make is to chump block an incoming creature. So why not prepare yourself for this inevitable situation?

The first step toward figuring out when you should chump block is to recognize that your life total, just like your creatures (as well as your lands, your cards in hand, and even the cards in your library), is a resource.

At the end of a game, it doesn't matter how many resources you've accumulated or maintained—all that matters is whether or not you won. You could end the game on 1 life with no cards in hand and no creatures, and it'll be just as much of a win as if you ended the game on 42 life with a hand full of spells and a board full of Vampire Nighthawks.

In many respects, creatures and life points are very different, but you will frequently find yourself in situations where you will have to compare the two directly and figure out which is more important. 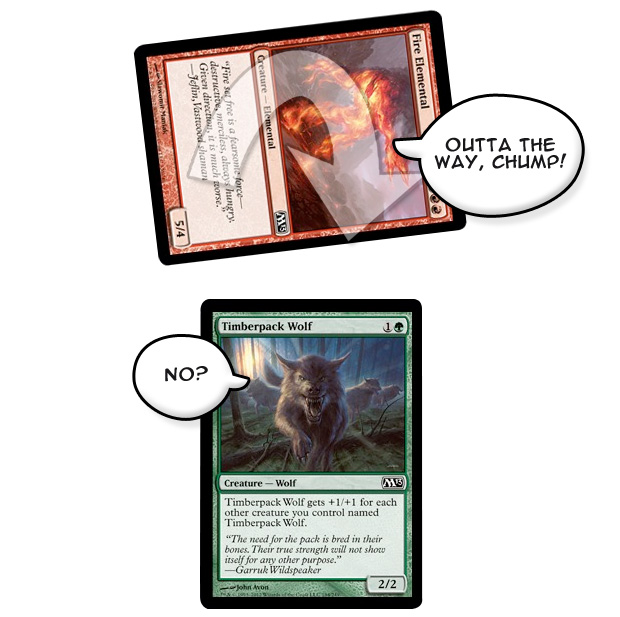 So while abstractly quantifying the value of creatures in terms of how much life they're worth might not be a particularly useful exercise, if your opponent is attacking with a Fire Elemental, you will quickly need to figure out if you would rather have a Timberpack Wolf or 5 life.

Your opponent went first and played a turn-two Walking Corpse, while you played a second-turn Elvish Visionary. Now, on the third turn, your opponent is attacking with a 2/2 into your 1/1.

Unless you have a card that specifically interacts with your graveyard like Disentomb or Rise from the Grave, and you want to make sure you have a value creature to get back with it, you don't even need to think about this play before taking your 2 damage.

Later on, you should spend time worrying about whether or not it will be worth sacrificing some of your smaller creatures to preserve your life total. But during the earliest stages of a Limited game, you shouldn't throw away any of your creatures for a couple of life points.

I'm Going to Get This Same Opportunity Again Next Turn

When you're at a relatively high life total, you can usually wait a while before you have to start chump blocking.

At the very least, you should have an opportunity to chump block with a creature to save yourself just as much damage (if not more) a little bit later on, and you might be able to put that creature to much better use if you keep it around. 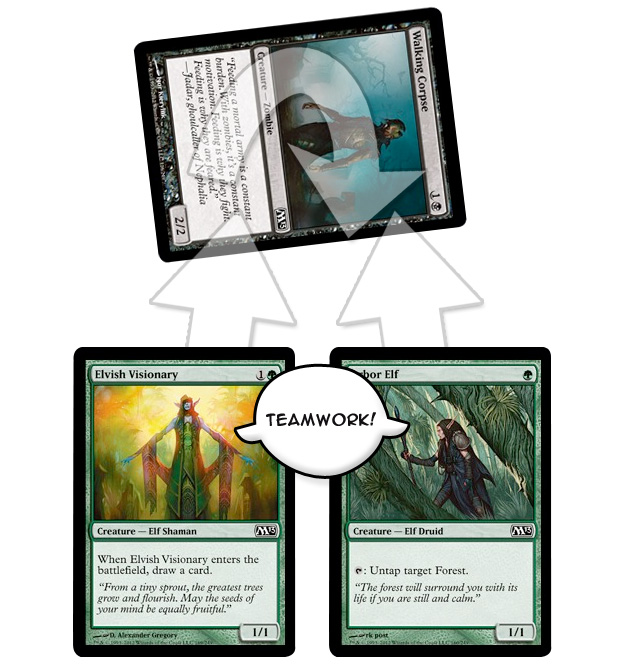 While it's generally good to put off chump blocking for as long as you can, there are going to be times when the best play you can make is to chump block turns before you would have died to the creatures on the board…

Blocking With a Sense of Urgency

As long as you have a single life point, you're still alive—so why not wait until you're looking at (what would be) a killing blow to chump block with any of your creatures?

Blocking at the last moment possible is frequently the right move, since it allows you to keep your options open. But doing so will also leave you to a (typically large) range of spells that you might otherwise be able to play around.

However, you should always think carefully about whether or not you would be better off chump blocking the turn before you would die to an oncoming attacker. If a removal spell or an Unsummon would otherwise clear the way for your opponent to make a lethal attack next turn, you will often want to make your block a turn before you "have to."

If your opponent has an evasion creature (or creatures) you couldn't block even if you wanted to—or an abnormally large creature on the board—you should seriously reconsider when you start chump blocking, since doing so could buy you several extra turns than you would have had otherwise.

Similarly, if you're concerned that your opponent could be setting up a finishing blow with Sleep, Downpour, or a burn spell like Volcanic Geyser or Searing Spear, then you should also put a bit more care and consideration into when you chump block than you would have otherwise.

Are You Actually Playing Around Anything?

If you're ultimately going to lose to a card even if you "play around it," then you need to ignore it when you're making your play decisions. 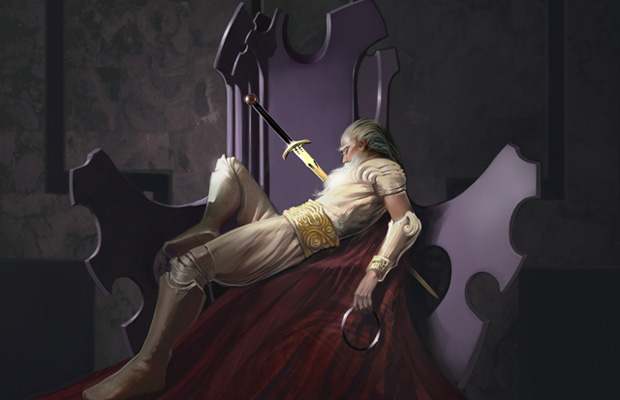 This principle can frequently lead you to block, or not block, depending on the game state and the card in question.

If you're trying to play around Murder by chump blocking a turn before you would die to an oncoming attacker, but you only have one creature that's getting through for damage, then you aren't actually doing anything to improve your chances to win (and might instead be seriously hurting your chances to win).

If you realize that you're ultimately going to die to a Sleep or a Volcanic Geyser in two turns even if you try to play around it, then you should play as though your opponent doesn't have it.

And if you realize a Searing Spear will kill you no matter how you block, then you shouldn't worry about the difference between falling to 3 life or 1 life from your opponent's attack.

So What Are You Accomplishing?

Before you chump block with one of your creatures, you should stop and ask yourself what you are actually accomplishing with the block.

Then there are situations where your blocking decisions are primarily determined by what you think your opponent has, what you're hoping to draw, and/or what you're preventing your opponent from being able to draw and kill you with.

Keep an Eye Out For Suspicious Situations

Sometimes, your opponent will make what appears to be a "mistake," when in fact he or she is creating a potential route to victory. 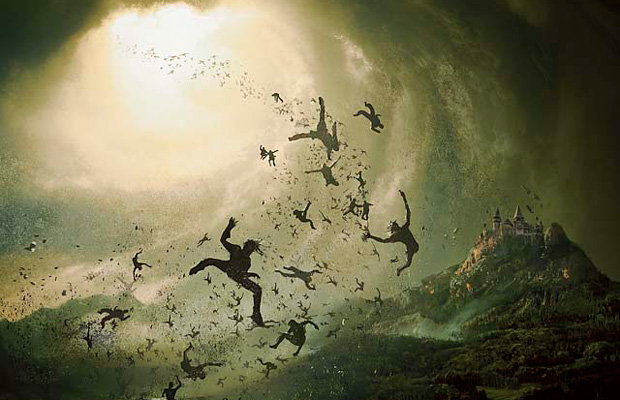 In this scenario, your opponent probably has something that makes the attack better than it might initially seem. So before you make a block, ask yourself what your opponent could have here.

Even if the only card that causes the attack to make sense from your opponent's perspective is a rare that you haven't seen yet, it's worth respecting the (very real) possibility that your opponent could have that card.

Yes, your opponent might be bluffing to try to lure you into making a bad block out of fear (and that might be the reason for making the attack), but he or she could just as easily have that devastating card.

For example, if your opponent is extremely far behind and makes an attack that just doesn't make any sense, then your opponent very well might have a board sweeper such as Mutilate or Planar Cleansing in hand.

So if you're far enough ahead that no card other than a board sweeper would justify your opponent's attack, and your chump block wouldn't diminish your advantage in any noticeable way, then you should probably respect the fact that your opponent could have a sweeper and make a block.