Gavin Verhey got his hands on Secret Lair's Year of the Rat drop and immediately began plotting on how to infest his Commander games with the cute vermin.

And now a look at @GavinVerhey's Marrow-Gnawer commander deck! Any major additions you think he should make? Any other Wizards here that you'd like to see show off their commander decks in the future? Let us know! pic.twitter.com/altL7I89vf 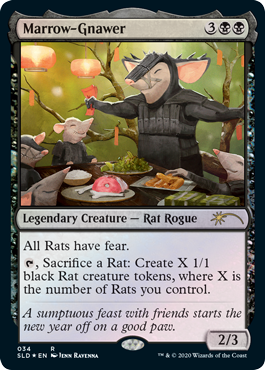