I'm Mike Turian, principal product designer for Magic. Today, I'm here to talk about a new Magic product that we are introducing with Double Masters—VIP Edition. With the VIP Edition, we knew we wanted to capture the goodness our players have been loving around Collector Boosters but in a product customized to a set that is 100% reprint cards. Then, we knew we had to make it even more exciting so we could stuff it with fancy foils and rares and/or mythic rares. 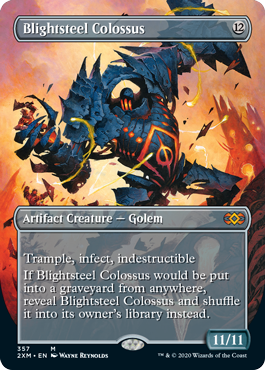 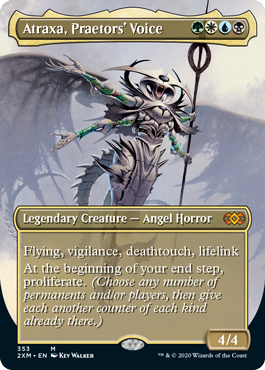 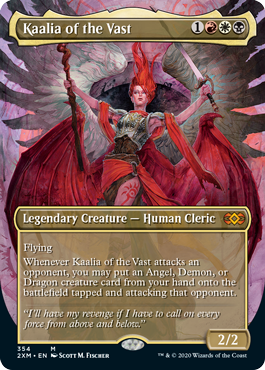 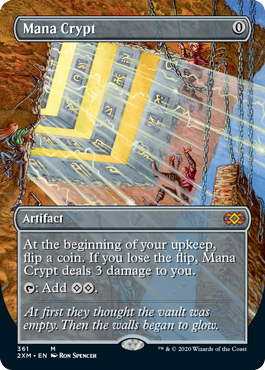 Each VIP Edition contains two foil borderless cards from a selection of 40 different cards. Each of these cards was selected because they represented some of the most played cards from Commander, Legacy, Modern, and Pioneer. Taking a look at the list of cards, you will see high-impact picks that will either unlock new decks for players to build or upgrade their existing decks. These cards each feature brand-new art (with one exception) in Double Masters. VIP Edition will be the only place that these cards are available in foil for Double Masters. We went through the possible options and picked out the hottest cards from Modern, Pioneer, and Legacy (including Commander) to include as a borderless showcase card.

We introduced this borderless treatment with Planeswalkers, expanded it onto the Triomes in Ikoria: Lair of Behemoths, and then added select reprints in Core Set 2021. We anticipated the reception to this treatment would be fantastic and wanted to go even bigger by bringing borderless to the best cards of all Magic's formats in Double Masters. As these cards are so exciting, we built the VIP Edition to focus on them, making sure each had two foil versions of the borderless foil cards. Borderless cards with a rare symbol will show up twice as often as mythic rare borderless cards.

Here, we are presenting the largest offering of borderless cards we've ever done, and I'm glad that we continue to grow the number of cards that are available in a borderless treatment. Double Masters art director, Tom Jenkot, talked about how he used Double Masters as an opportunity to reach out to longtime and fan-favorite Magic artists. "I'm old and have a soft spot for all that art from sets when I started playing Magic. It was a pleasure to reach out to these artists and get some of the best work I've ever seen from them for these cards! Happy to say I've worked with a bunch of them on new projects that we can't talk about yet!"

Even having the artists recreate the art of Magic classics would be a daunting task. There was one card, which I will talk about in my upcoming preview article next week, that we knew we couldn't top, but on others, we felt the need to try. For instance, Chris Rahn's original Blightsteel Colossus is a work of splendor, yet, as you can see above, Wayne Reynolds's rendition combined with the borderless treatment gave us the hope to outdo ourselves!

As products like VIP Edition offer a great way to get foil cards, the next step was to fill the VIP Edition with tons of foils from Double Masters. We've included two foils consisting of either two rares or a rare and a mythic rare, eight foil uncommons, nine foil commons each from the main Double Masters set, and two foil tokens (with a token on both sides). Just looking at collecting foil rares: it would take opening most of a display box of Double Masters boosters to get two foil rares; with VIP Edition, each product gives you two foils that are at least rare, guaranteed! We know that so many players are looking for these foils to build their coolest decks around, and VIP Edition offers the best access to foils.

The other addition we made with VIP Edition is that each one contains twelve full-art basic lands, two of which are foil, all by John Avon and Noah Bradley. These were originally found in Unhinged and Battle for Zendikar. Unfortunately, these lands were chosen long before we learned that Bradley had engaged in inappropriate sexual conduct with members of the Magic and artist community. Therefore, we were not able to replace the lands in time. For more on the Bradley situation, you can read here. 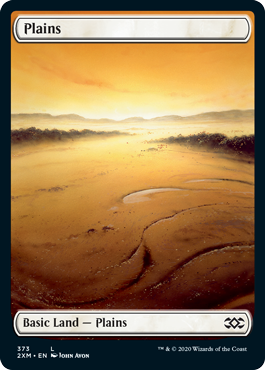 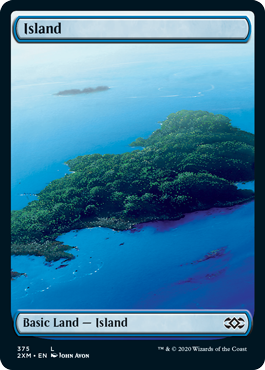 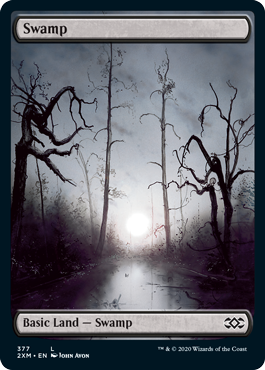 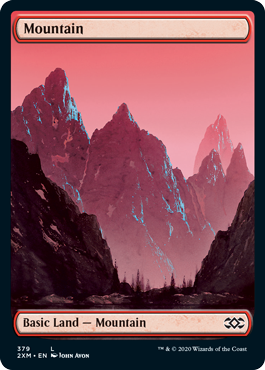 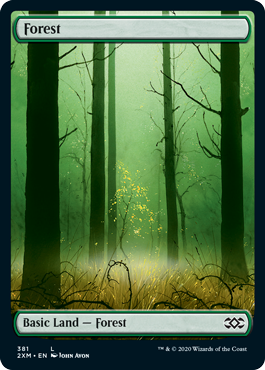 Here are the full contents of the VIP Edition. 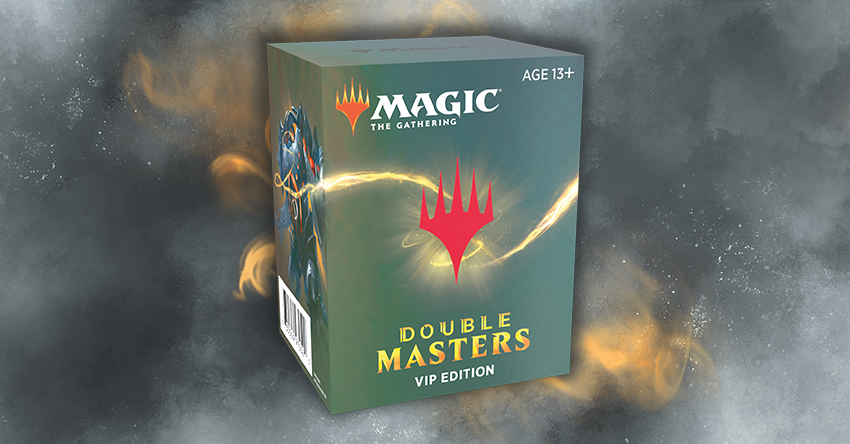 Thanks, all, for reading! As always, you can find me on Twitter @mturian. I'll leave you with one of my favorite borderless cards in the set, and one that we knew we just had to include in any set called Double Masters. 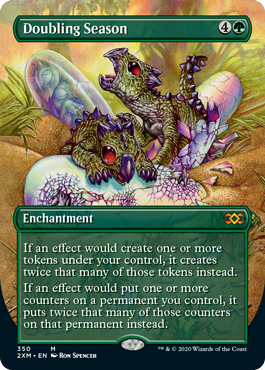