Since Alchemy's launch, we have been happy with the overall deck diversity in the format. Our intent with this round of changes is to better balance the play rates between the top decks while ensuring they all remain viable. We also hope that the minor adjustment to some of the top decks alongside buffs to other cards will allow more decks to compete at the highest level of play.

After closely monitoring our first round of Alchemy rebalances, we're happy to report that they had minimal impact on Historic win rates among existing decks, but we also understand players' concern over future unknowns. Based on that feedback, we will be weighing the potential Historic impact more heavily in our rebalance decisions, starting with the adjustments we're announcing today.

As with all balance and card pool changes, we will be carefully watching the way the metagame evolves as a result. If we see signs in Alchemy or Historic that these changes have had an unintended impact, we will move to correct that. If we see that these changes have not done enough, we will correct that as well, and continue doing so as often as necessary. As we've stated before, our goal for Alchemy and Alchemy rebalances is to keep the format interesting and engaging every time players sit down to play.

In addition to the 18 rebalanced cards, we rebalanced Teferi, Time Raveler, and the updated Alchemy version will be legal in Historic play. In the future, we'll be looking for similar opportunities to rebalance and unban cards currently on the Historic banned list, with the understanding that we have no intention of rebalancing iconic cards with significant Magic history (e.g., Brainstorm). And before you ask, you get to keep your Wildcards from the original banning.

The two primary goals with this set of changes are to make decks centered around the venture keyword action less clunky and more reliable at winning games. For example, too many venture cards were clustered at three mana, and we hope that decreasing the mana value of various cards will open up more options to build around cards like Acererak; Nadaar, Selfless Paladin; and Varis, Silverymoon Ranger. Similarly, by making Triumphant Adventurer hit harder, turning Cloister Gargoyle into a two-mana threat, letting Ellywick Tumblestrum ultimate one turn quicker, and having Acererak always create a zombie token, we are aiming for decks built around venture to win more consistently after completing a dungeon.

Acererak the Archlich – Rules adjustment
Removed opponent's option to sacrifice a creature on the attack trigger. 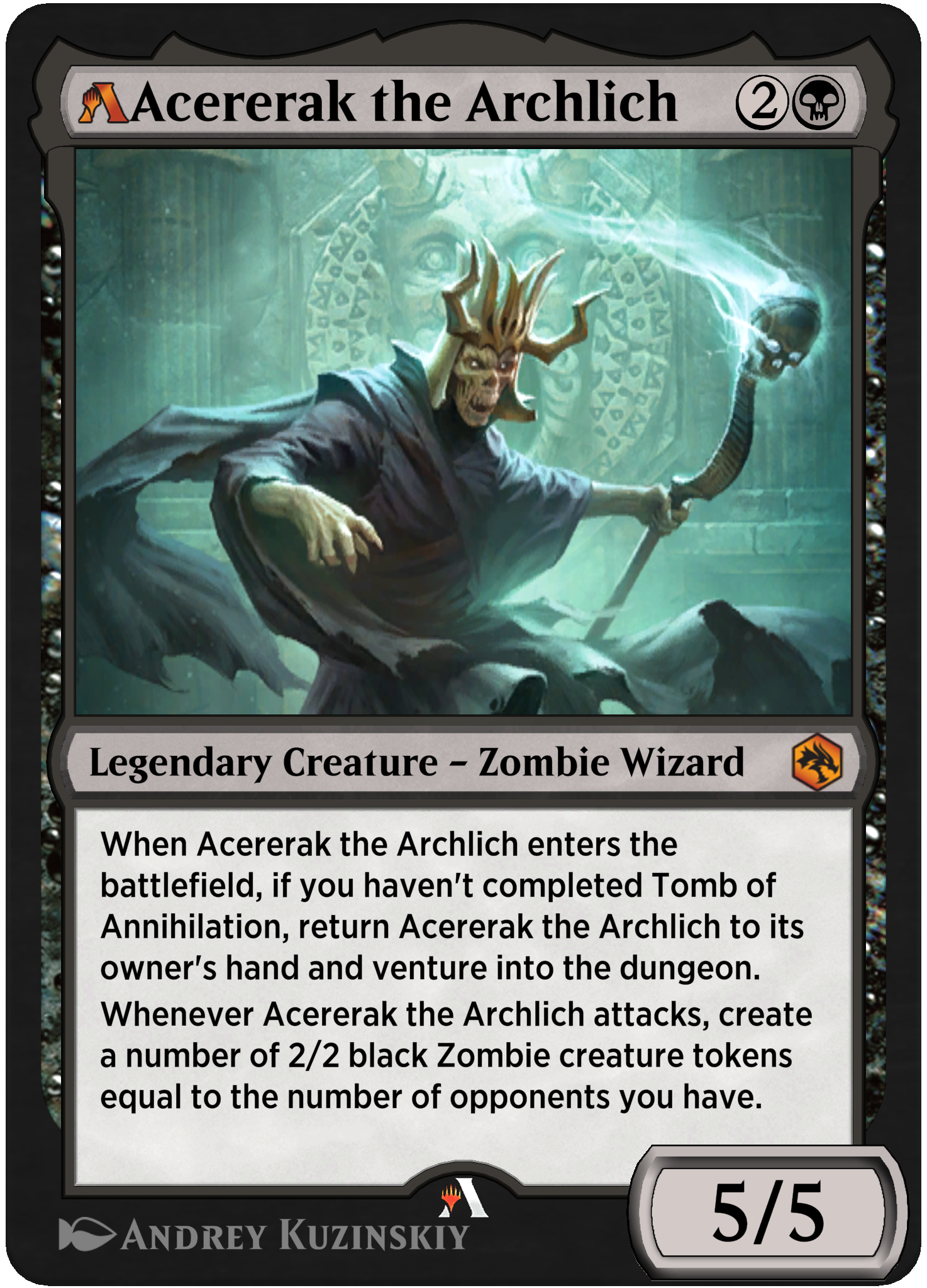 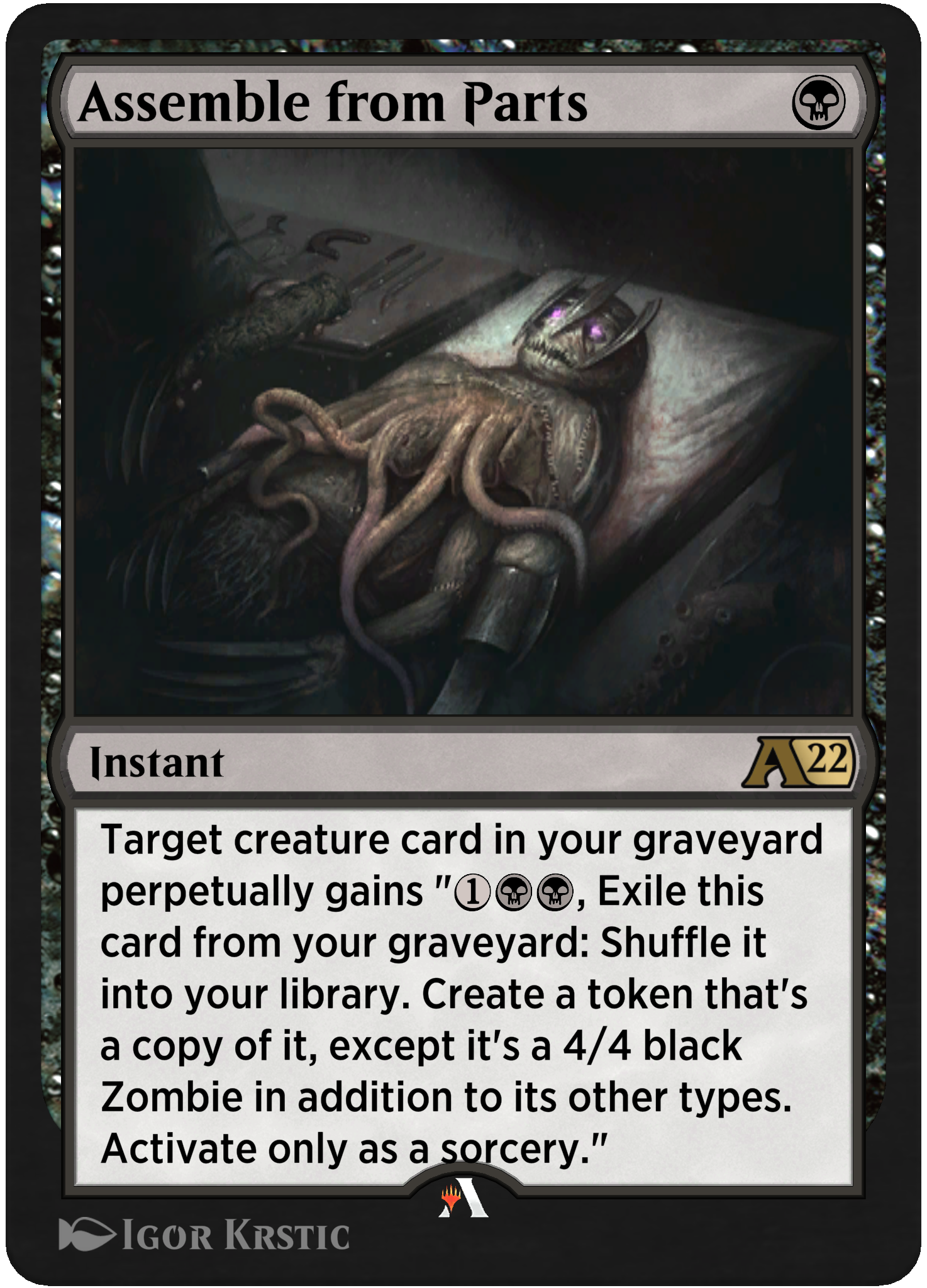 We felt the dream of reanimating a creature on turn four with Assemble from Parts was too difficult to achieve. Changing the ability's mana cost will make a turn-four reanimation much more consistent but will require a heavier commitment to black to support the adjusted cost. 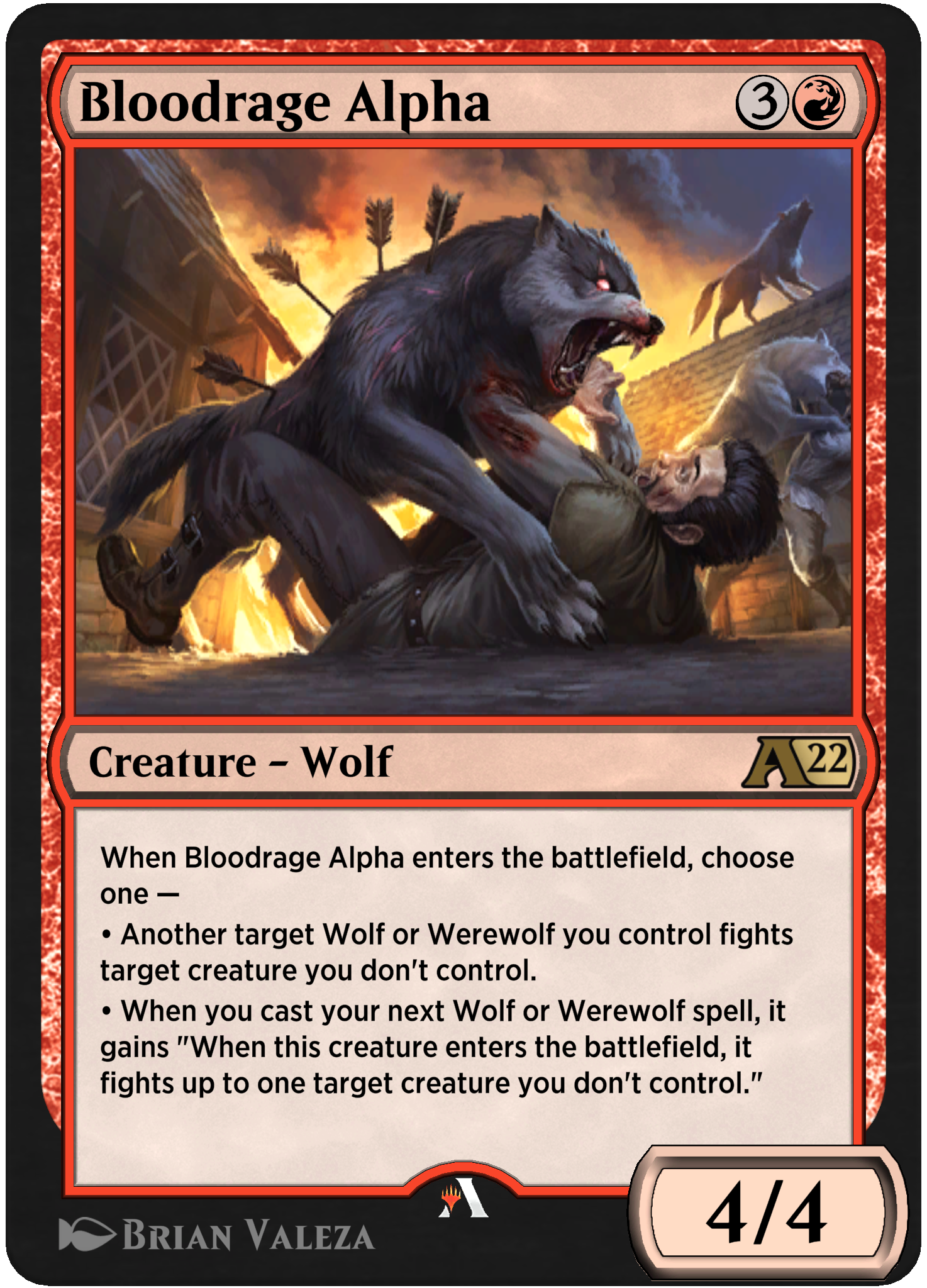 As cards with a high deck-building cost, we felt this card alongside Puppet Raiser should be more resilient to make them more competitive when compared to some of the more universal four-mana options. 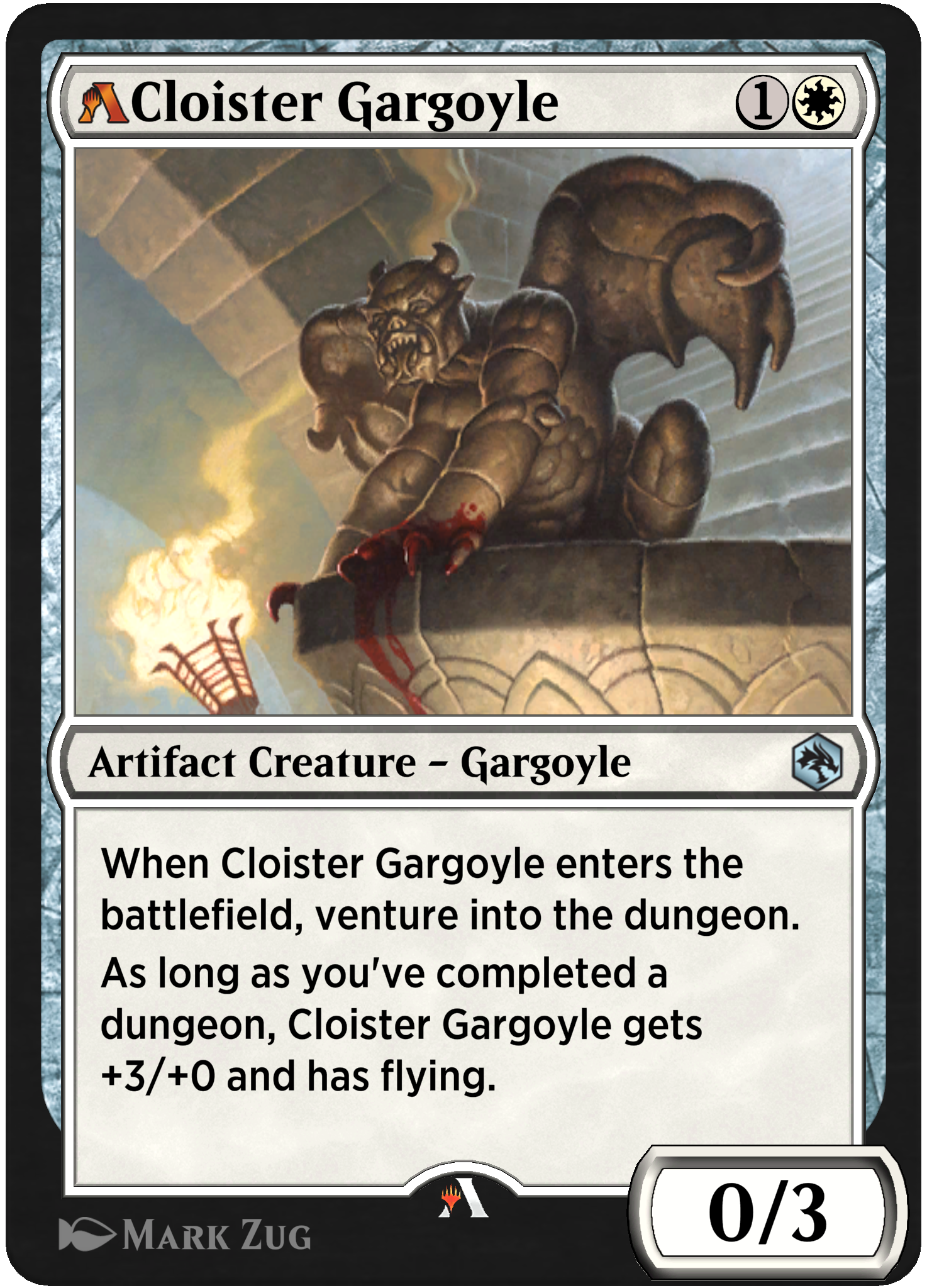 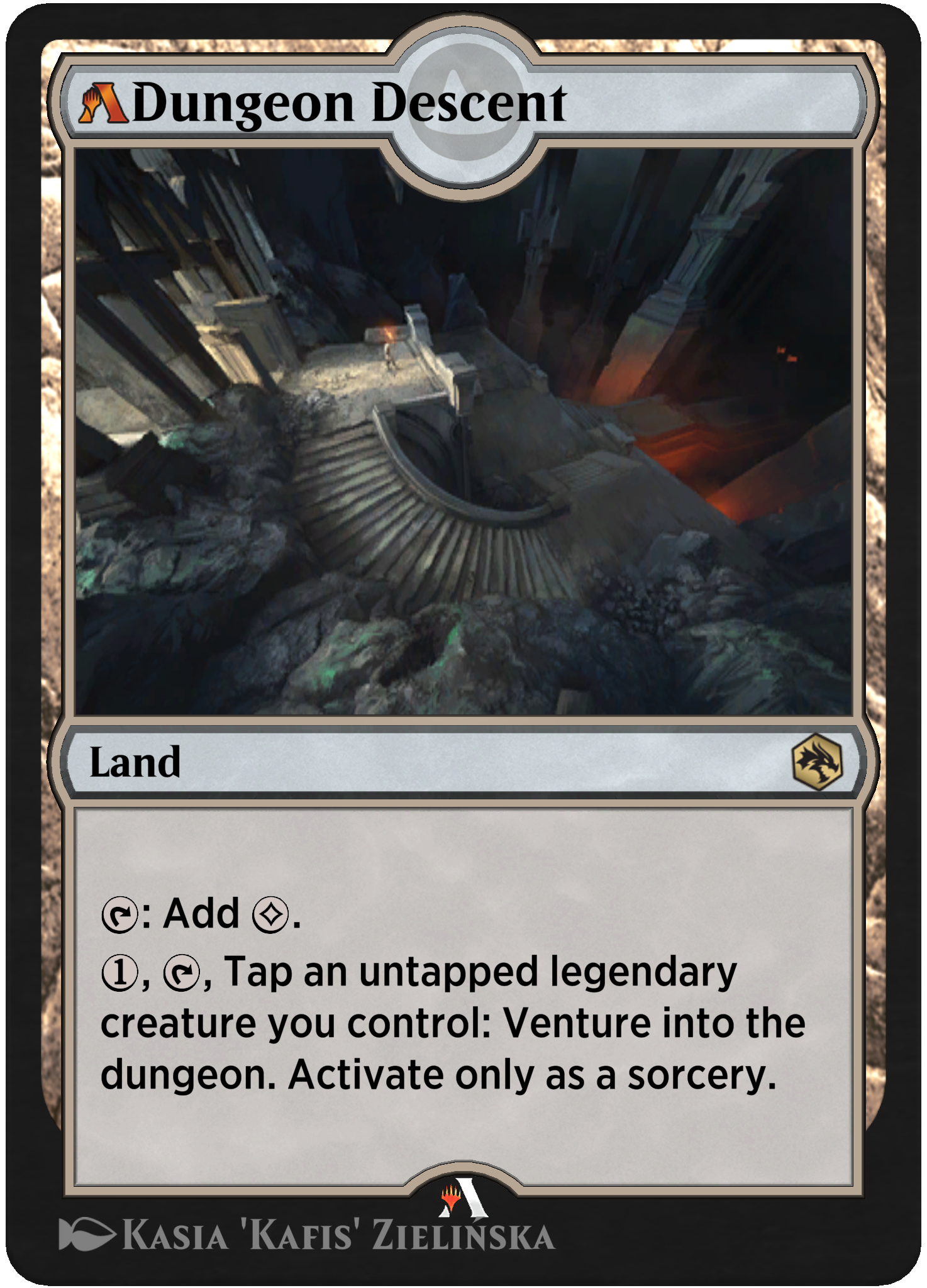 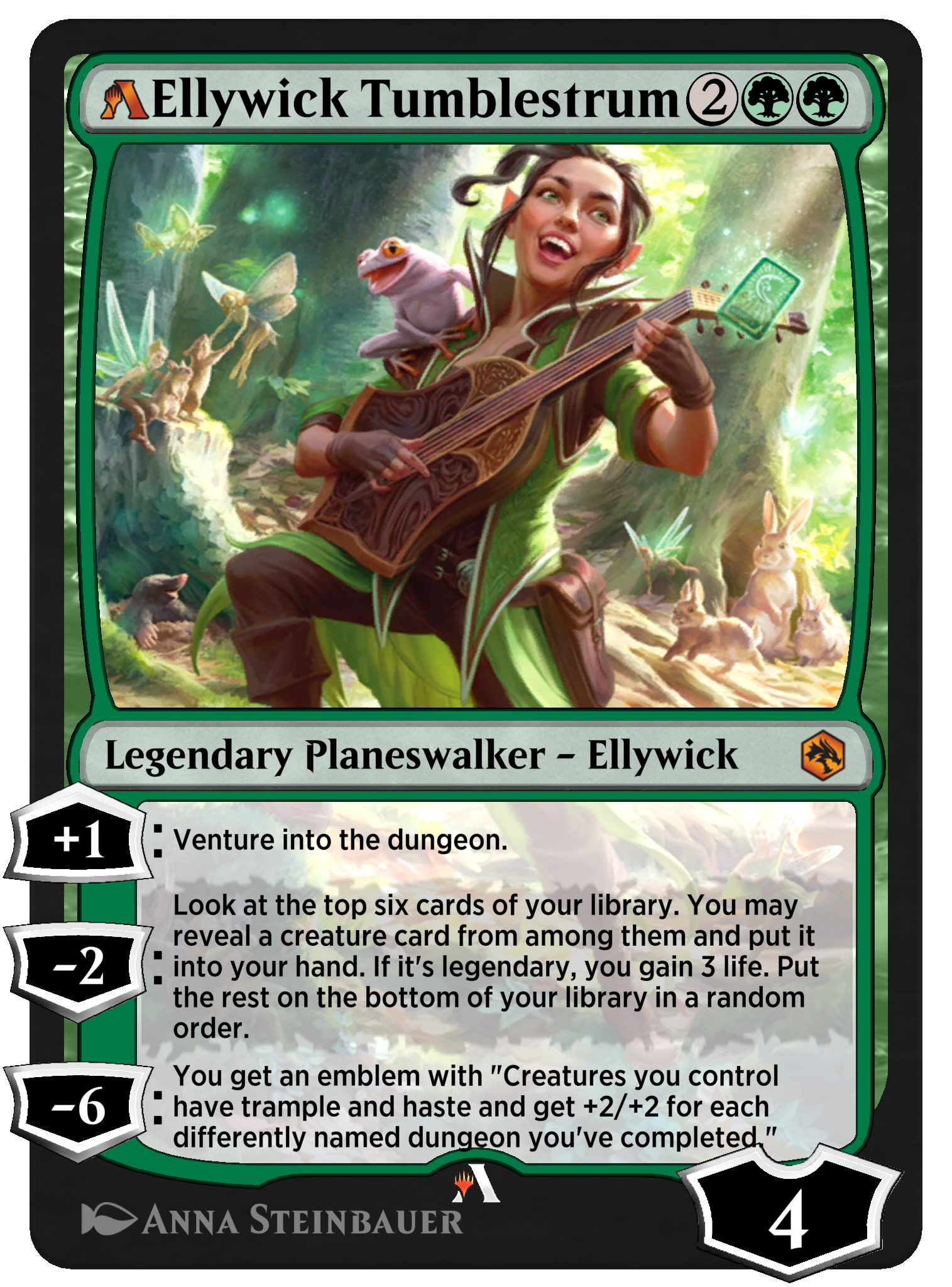 Fate's Reversal – Lowered cost
Costs B (from 1B) 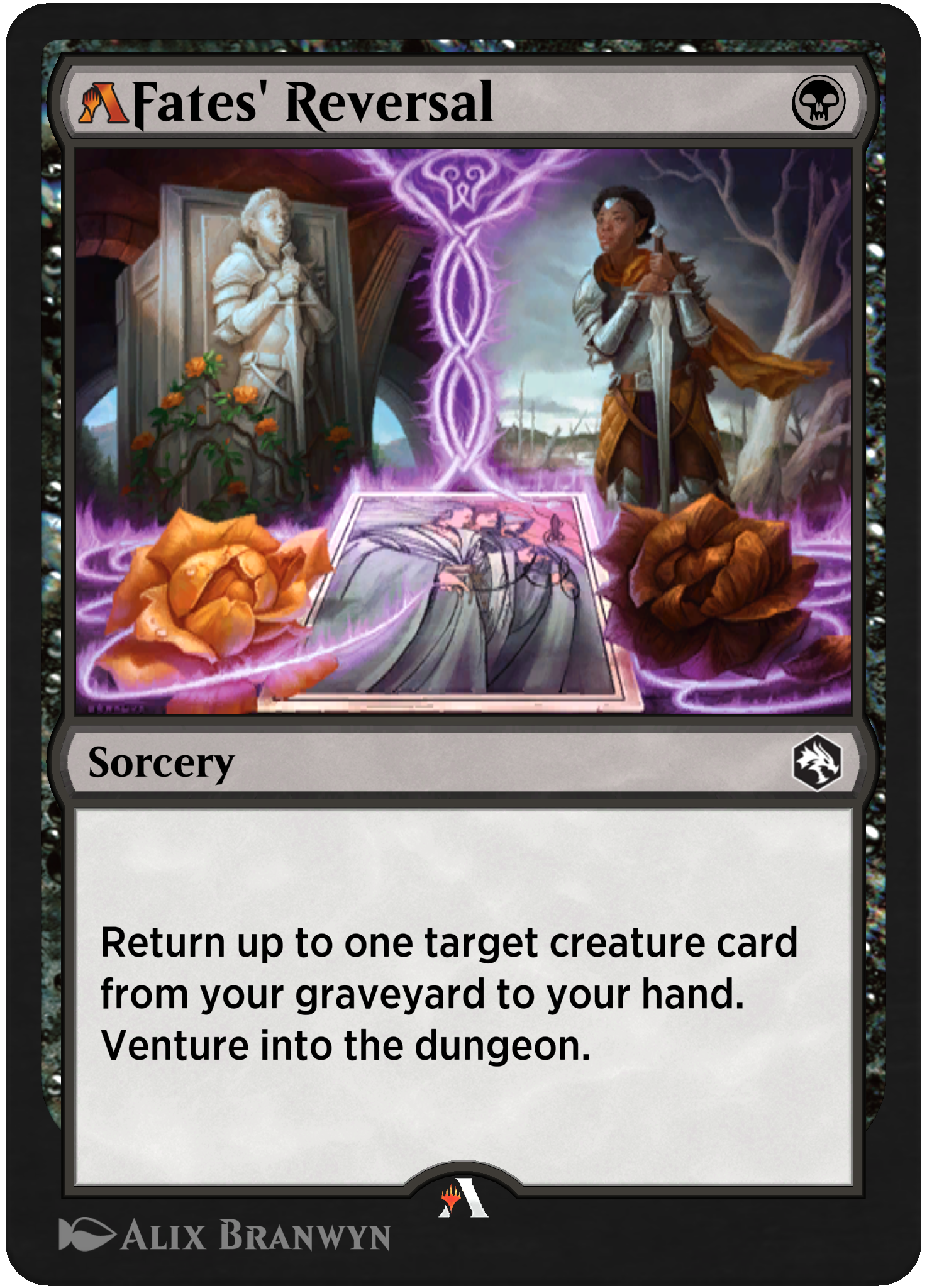 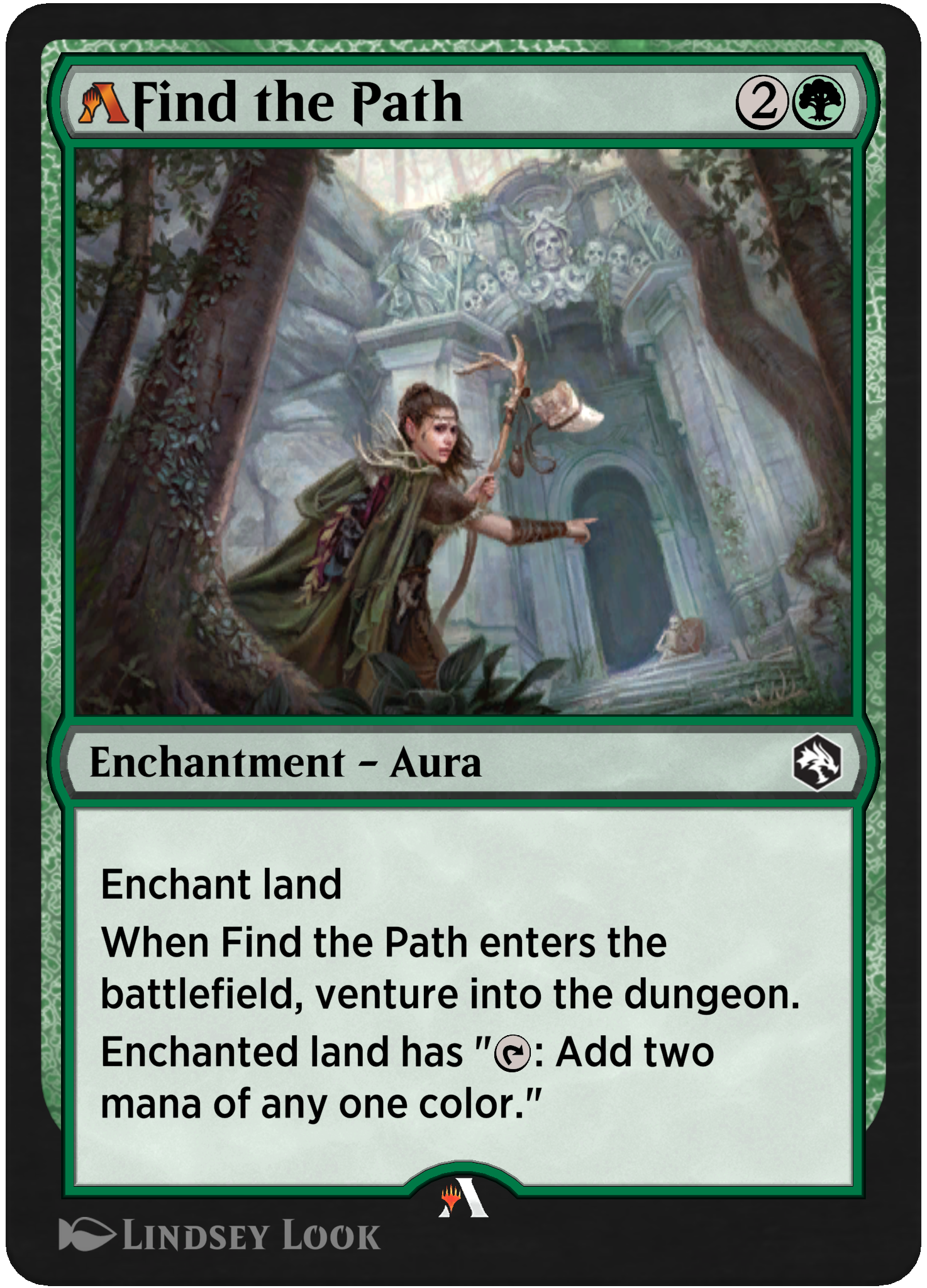 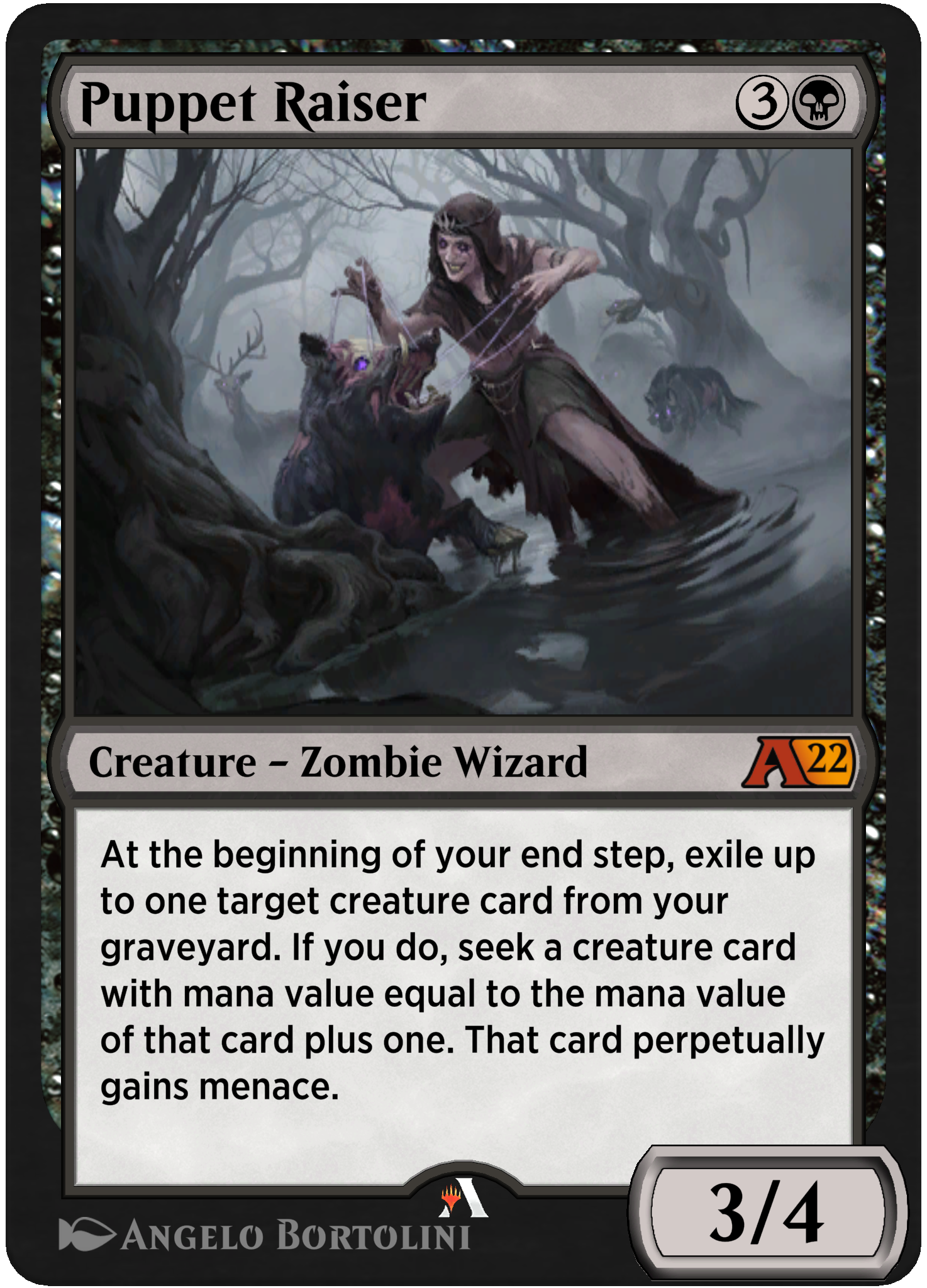 Precipitous Drop
Costs 1B (from 2B) 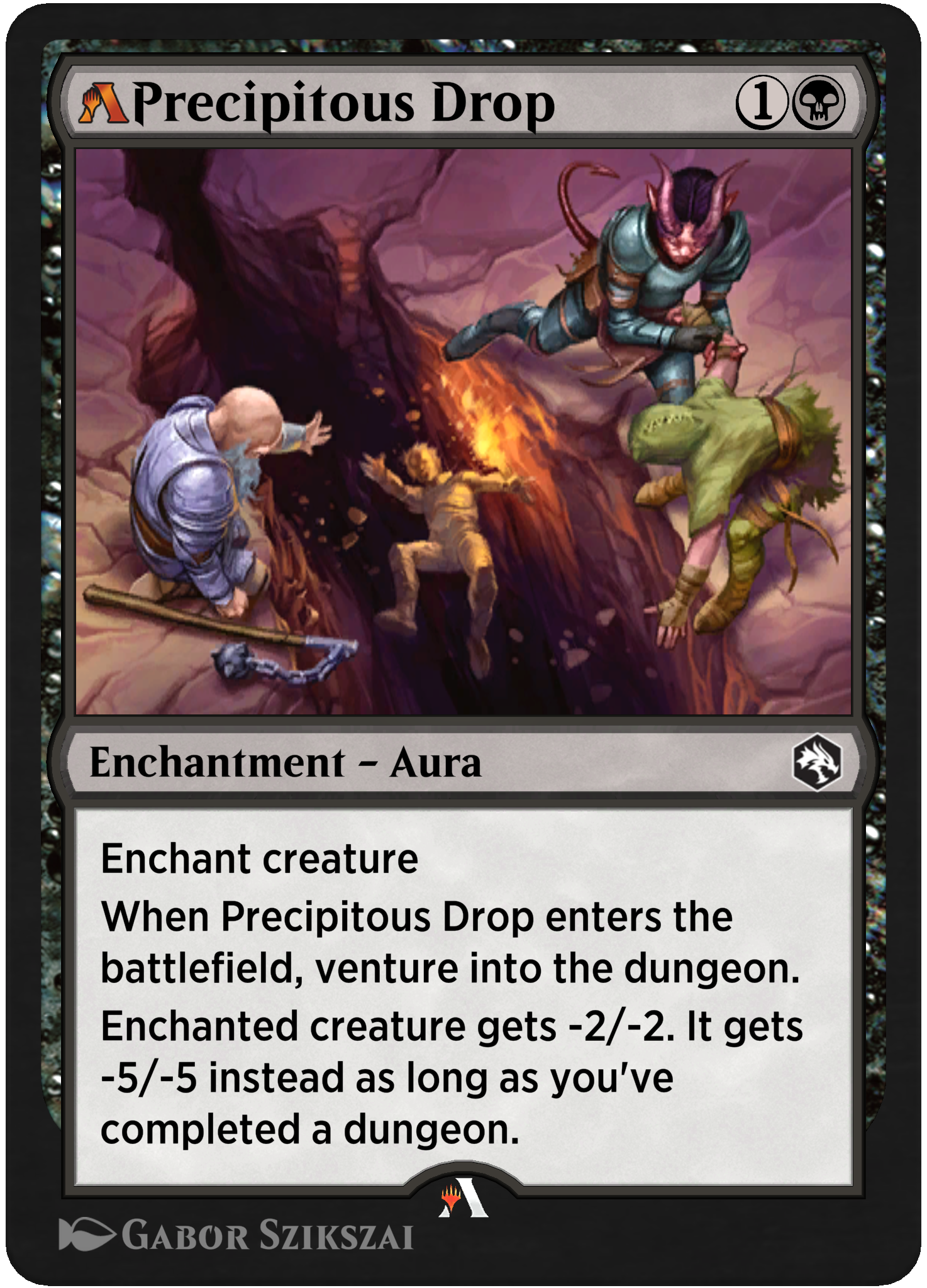 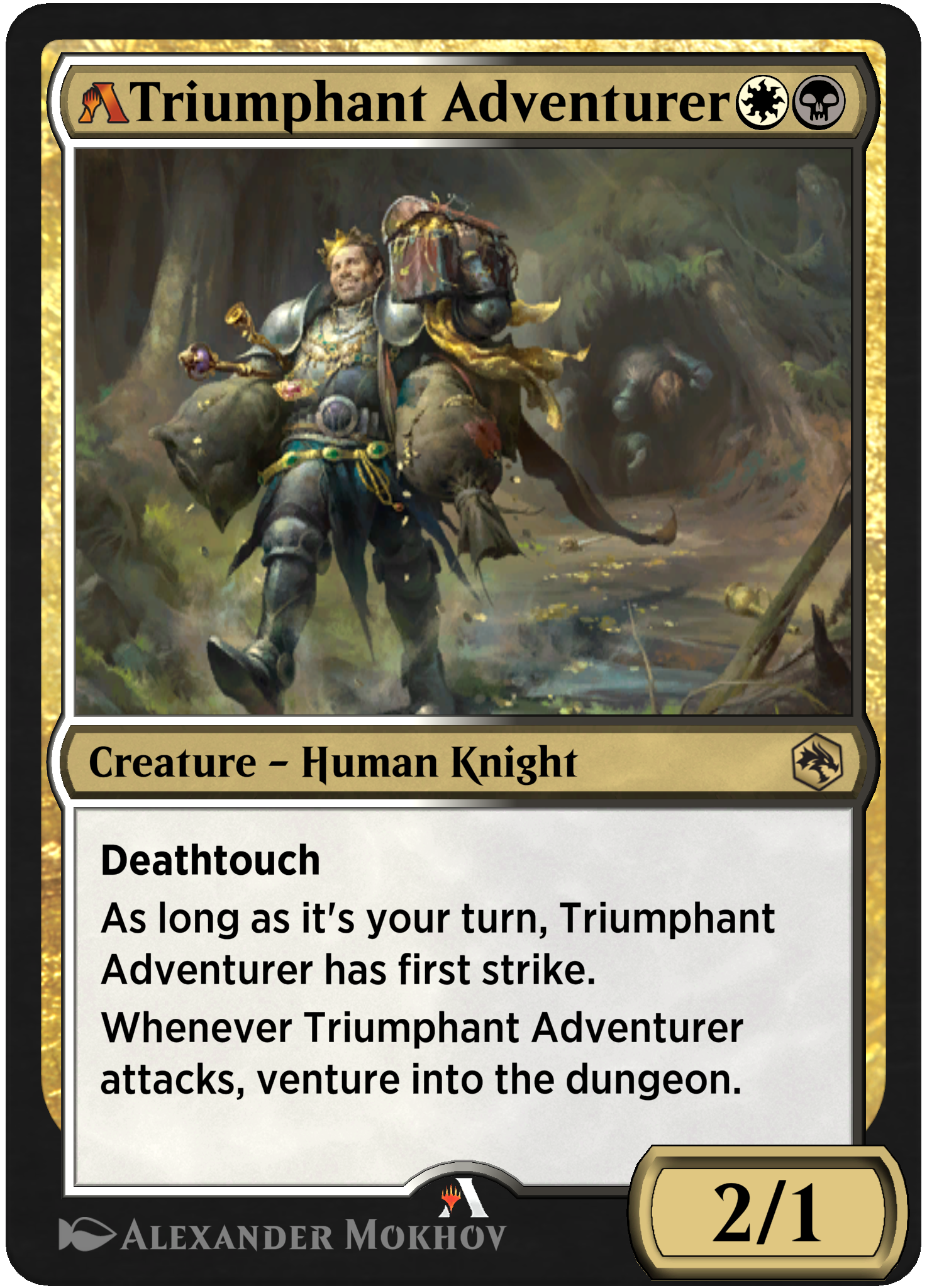 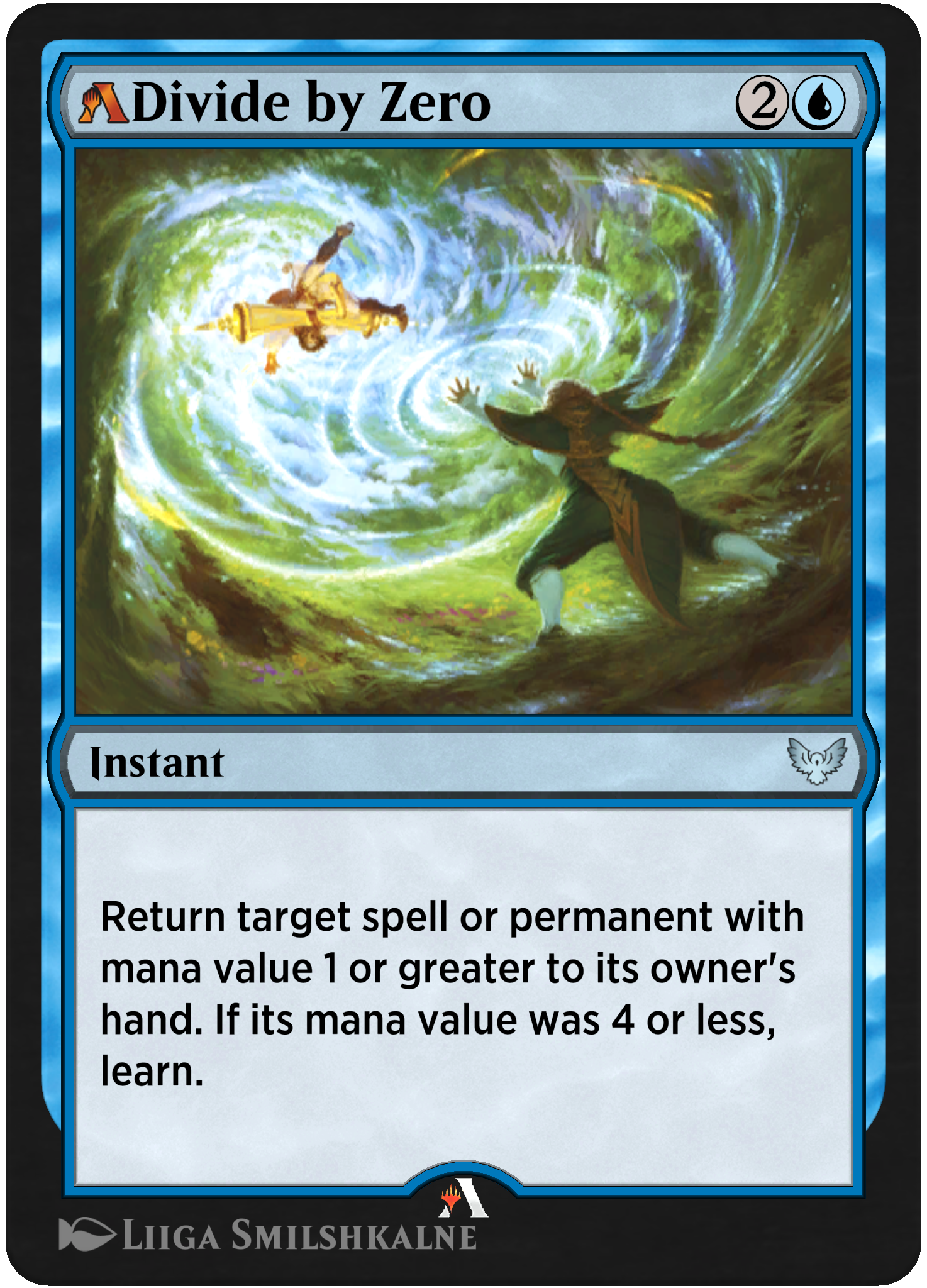 We are aiming to promote higher mana value cards in Alchemy. Divide by Zero was stronger as it targeted more expensive cards, and this change will more evenly distribute its power. 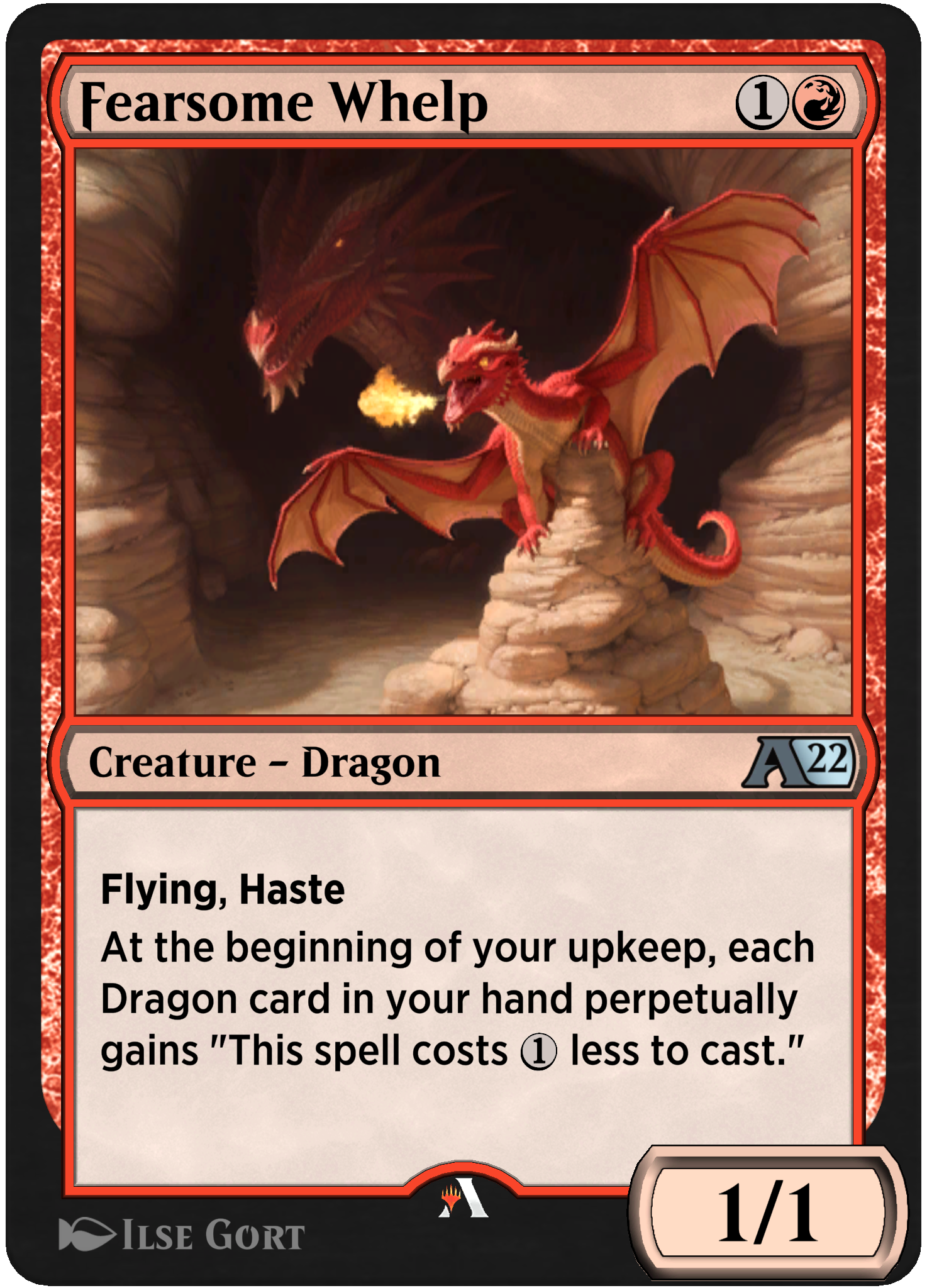 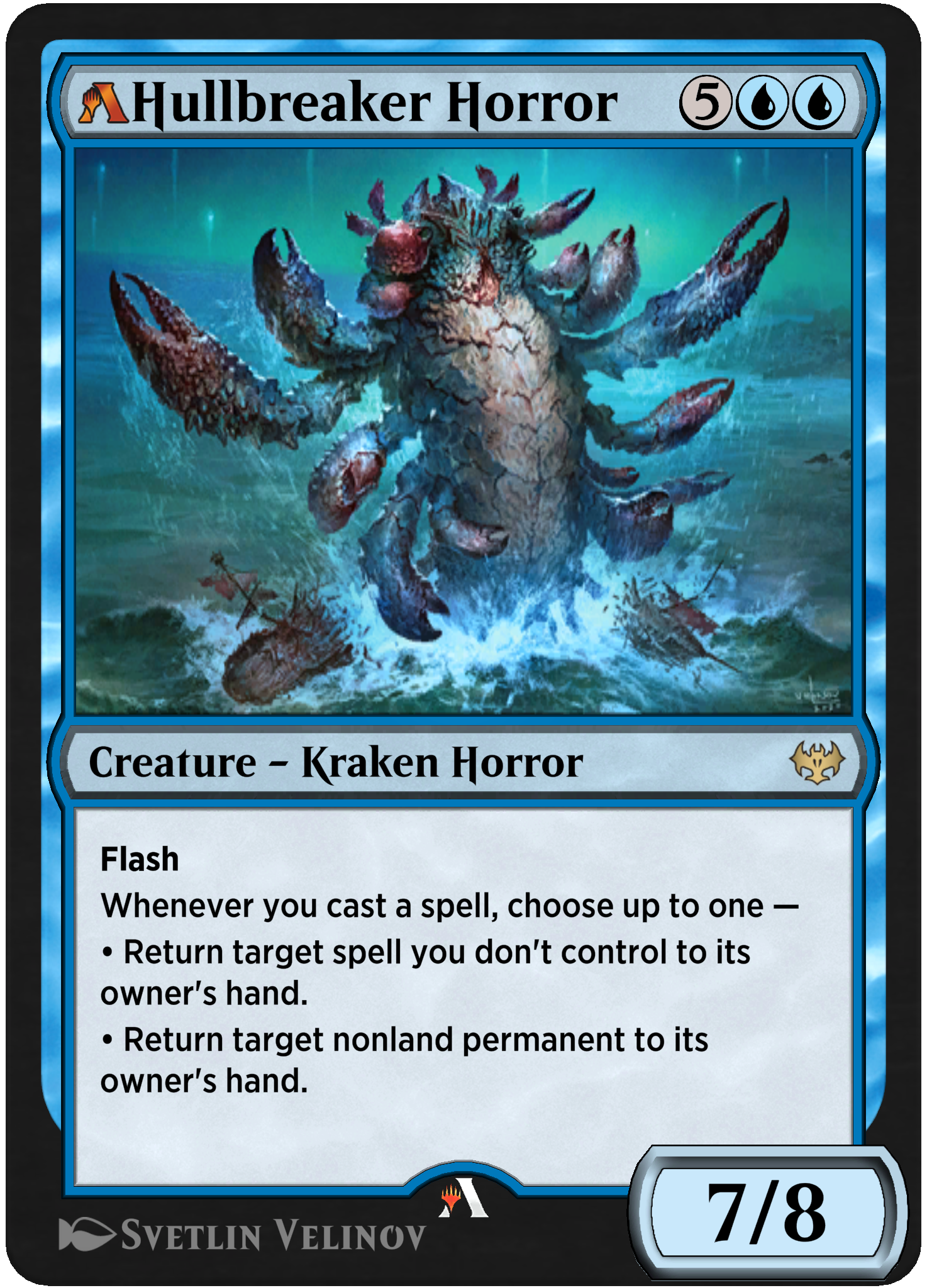 Removing "This spell can't be countered" will make Hullbreaker Horror easier to interact with in both control mirrors and other blue decks. Since blue control decks also have access to Malevolent Hermit and Lier, Disciple of the Drowned, we felt removing the third instance of "can't be countered" will make the mirror more fun. This change will also make aggro-control more viable as cards like Disdainful Stroke can more reliably interact with threats in the pure control decks. 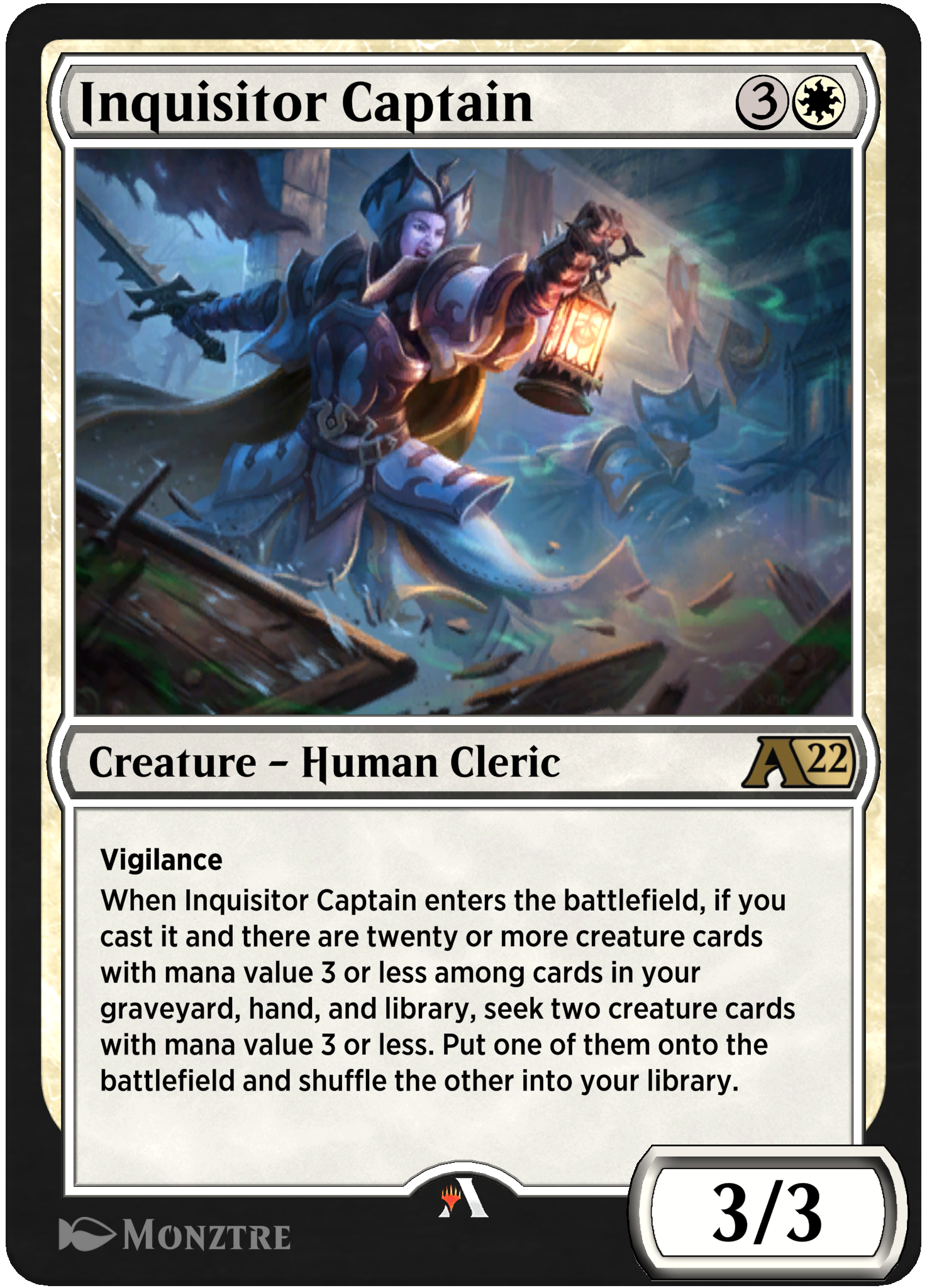 We are making it more difficult to overwhelm the board with Inquisitor Captain. The interactions with cards such as Glasspool Mimic in Alchemy and Soulherder in Historic made it too difficult for creature-based decks to attack advantageously without relying on flying or forcing them to ignore combat altogether.

Lier, Disciple of the Drowned
Added "during your turn" to the flashback ability 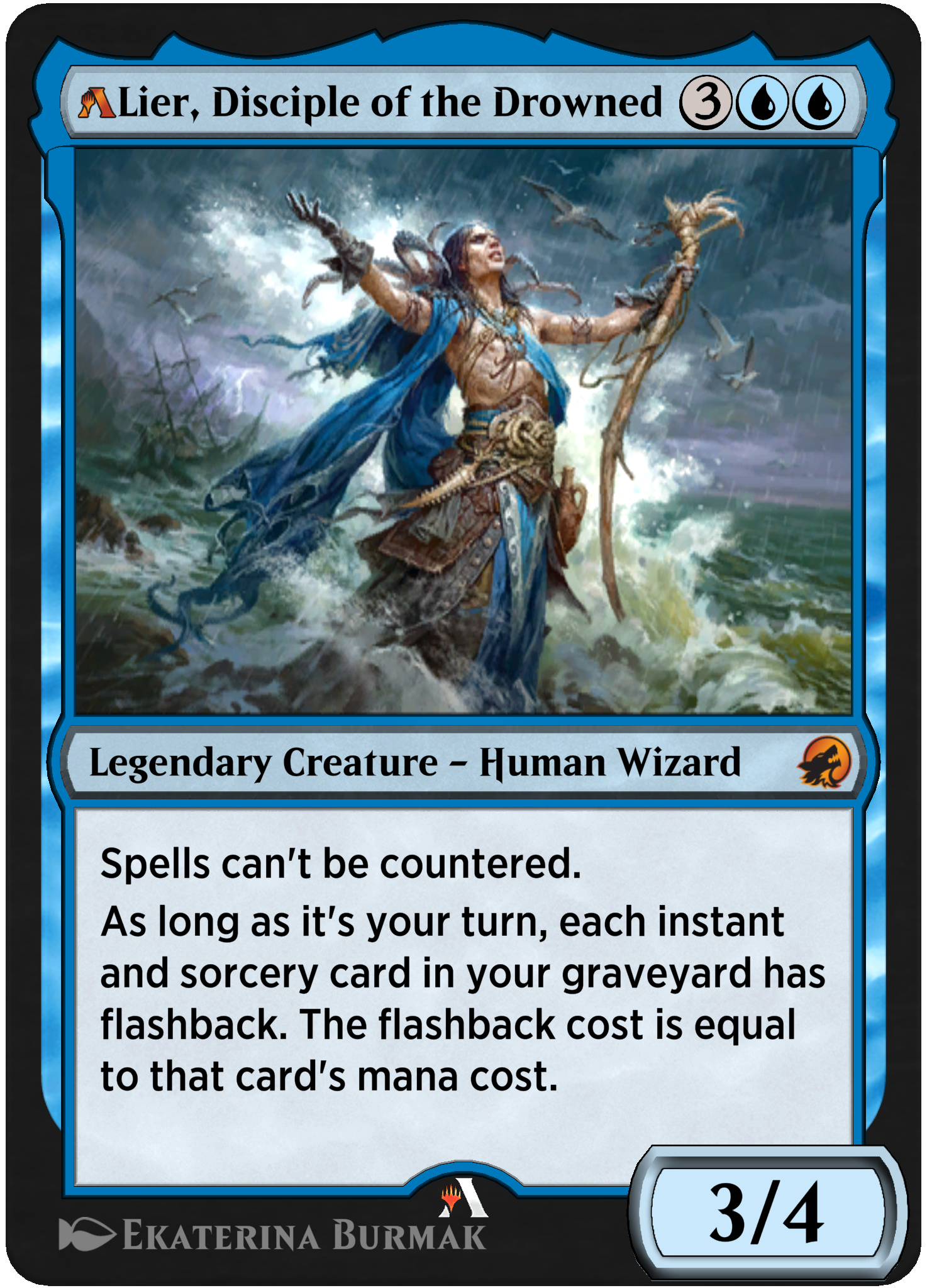 We are aiming to make Lier, Disciple of the Drowned less effective when combined with Fading Hope and Divide by Zero. The two bounce spells are very effective at protecting Lier and controlling creatures. This change will help players remove Lier, favorably attack, and interact with the opponent's graveyard on their turn. 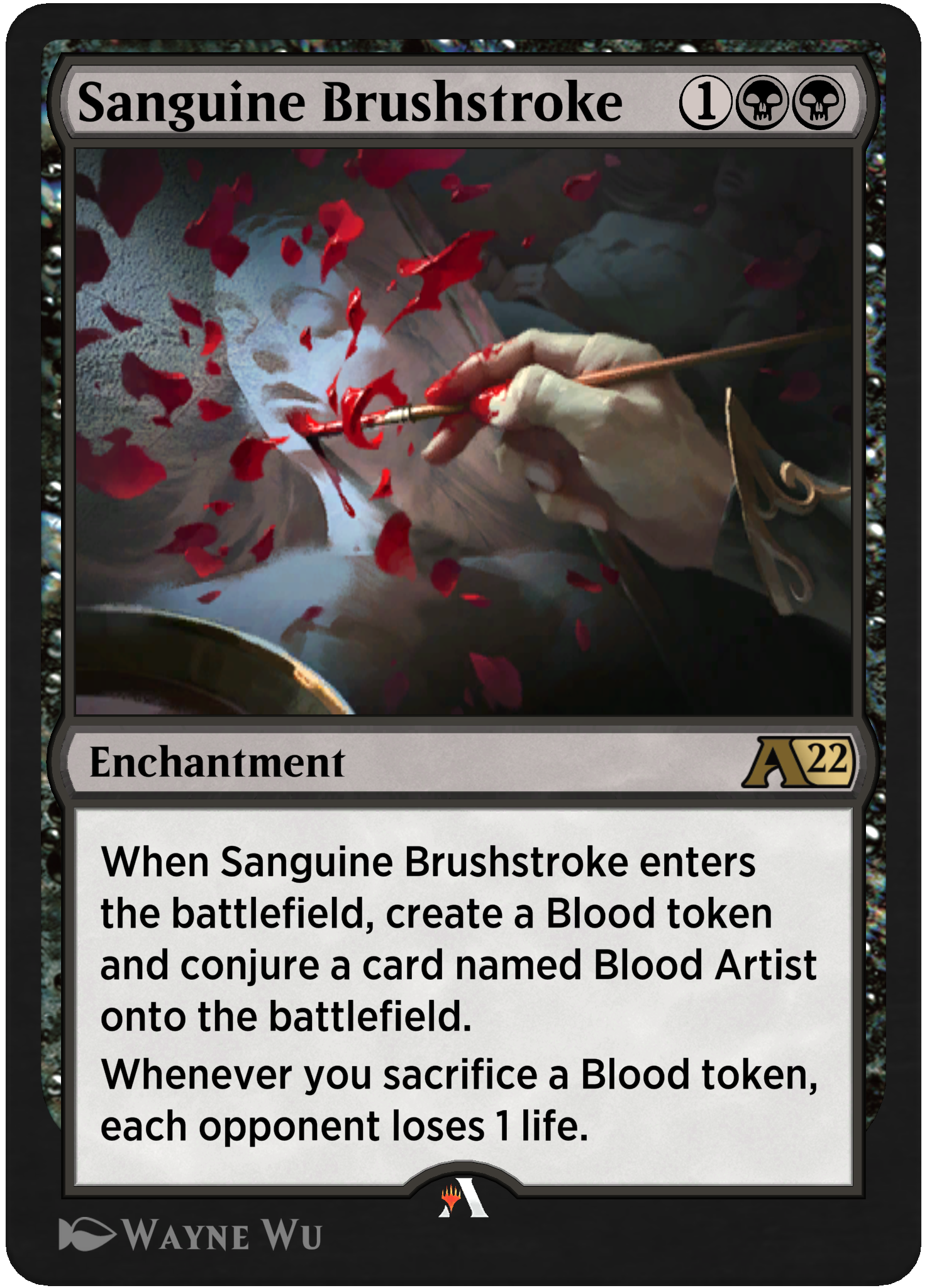 We are specifically targeting how Sanguine Brushstroke matches up against aggressive strategies. We opted to change Sanguine Brushstroke instead of The Meathook Massacre to minimize the impact to Historic and to have less of the deck's power concentrated in a single card. Removing the life gain from the enchantment will allow aggressive decks to focus their answers on the conjured Blood Artist and overall increase their chances of pushing through lethal damage. 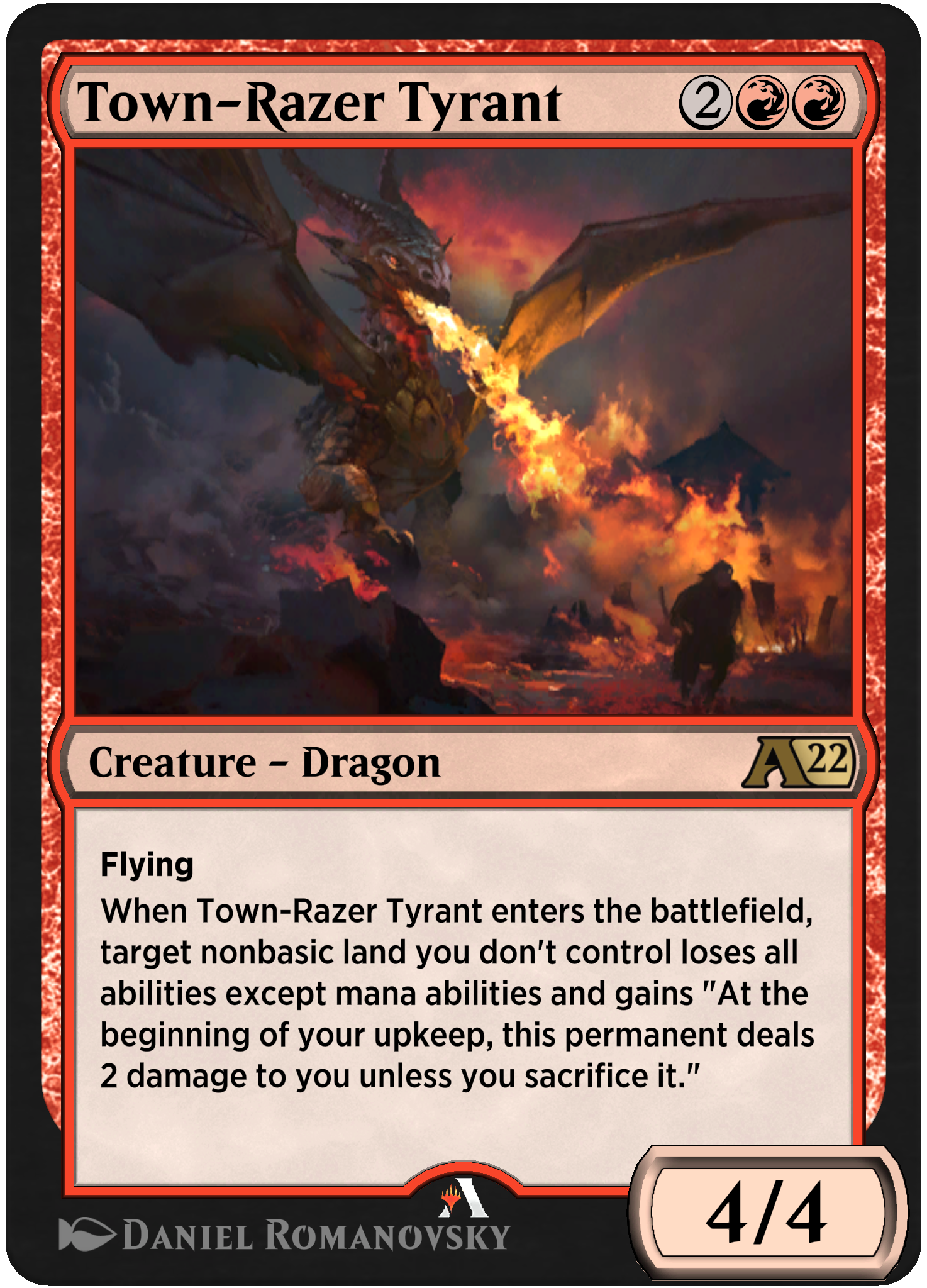 We are aiming to promote more monocolor decks in Alchemy and provide a few opportunities to play around the Dragon's ability. Multicolor decks can include more basic lands to reduce their chances of being denied a specific color of mana and play around turn-three Town-Razer Tyrants. 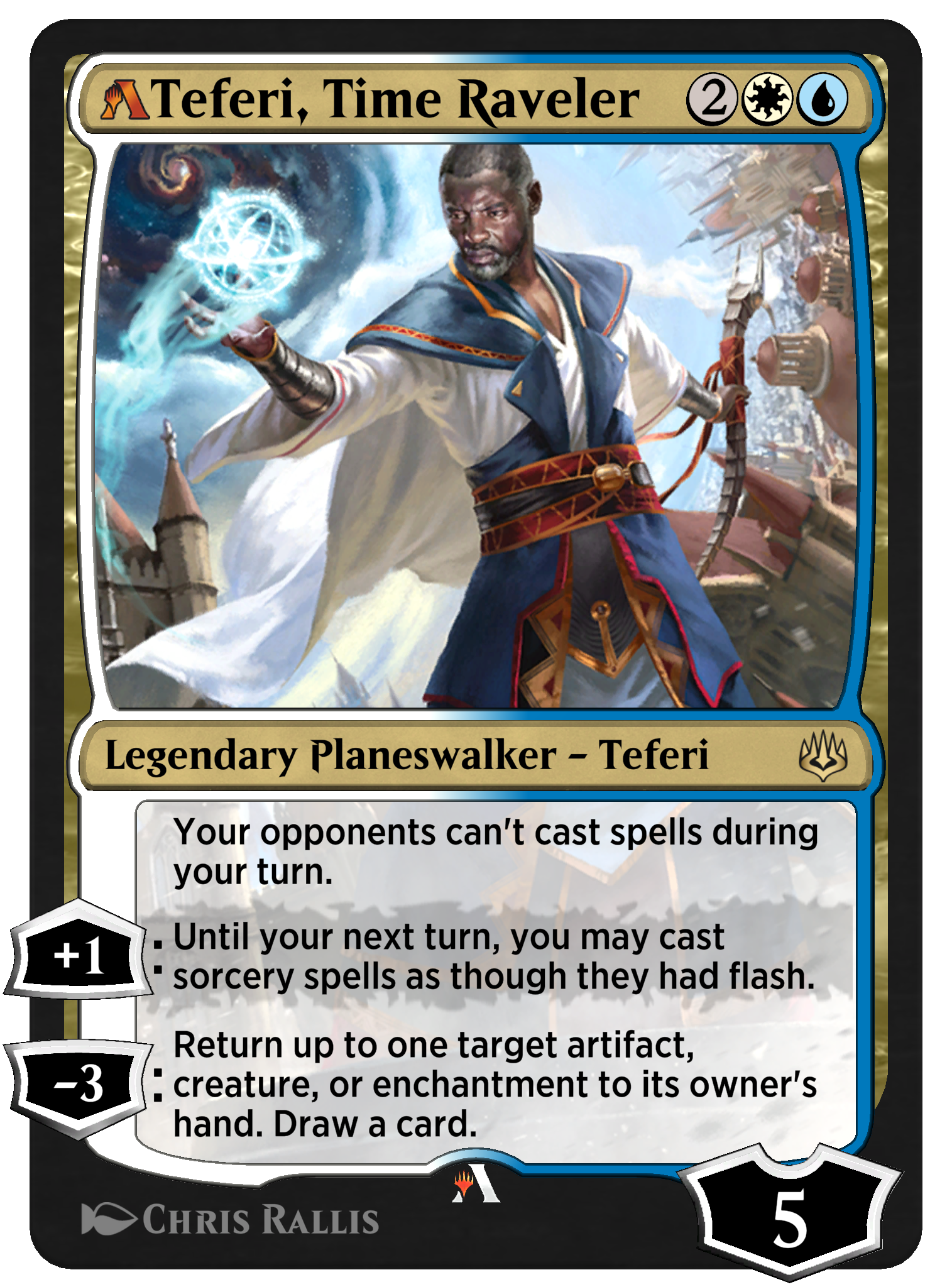 We are aiming to move Teferi, Time Raveler away from a generically strong card to a specialized anti-control tool. Increasing the mana cost will make Teferi less effective at controlling the board, and the new static won't incidentally stop cards like Finale of Promise and Dreadhorde Arcanist from working.