Dominaria is where it all beganand from the look of things, it's only the beginning. A new set full of legendary cards, new mechanics alongside old favorites, a new Standard environment with renewal rewards, and a newPhyrexian invasion. Uh oh.

View the cards, read the story, and get ready to unite and fight as Dominaria United arrives on MTG Arena!

Early this month, we enlisted the help of Matt Tabak to kick off our explanation of Dominaria United's mechanics, but for those of you who prefer to play in a more digital domain, here's a look at how things will play out ahead of the release on MTG Arena.

Choose a chaptersomething something lore counterssacrifice after chapter threeand here's how that works on MTG Arena. When a Saga with read ahead enters the battlefield on MTG Arena, you'll be prompted with a browser to select just how many chapters you wish to read ahead. 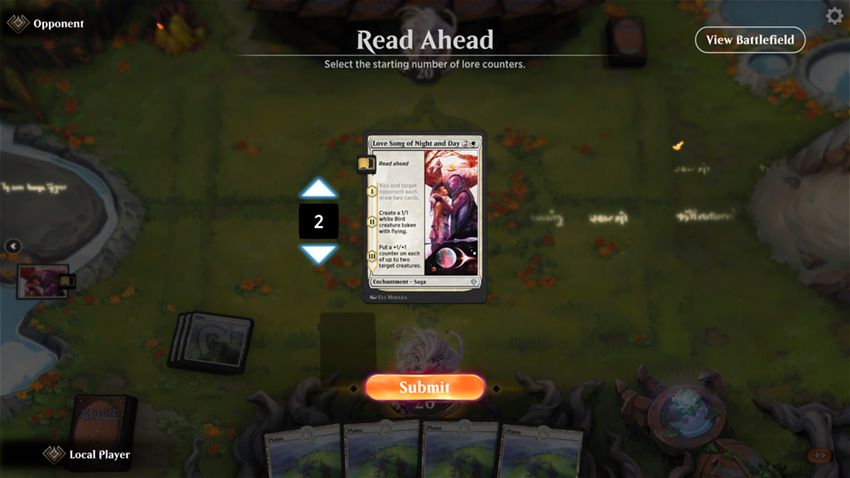 but seriously, we hope you didn't miss the part where any chapters you skip over won't trigger. As a reminder, skipped chapters will appear grayed out if you decide to read ahead.

Like exert, if you're attacking with a creature with enlist, you'll need to select the creature in order to pay the optional cost. If you choose to enlist, you'll select which creatures to tap after you declare your attacks. And no need to call a judge—MTG Arena won't let you declare more attackers with enlist than creatures you can tap to pay the optional cost. 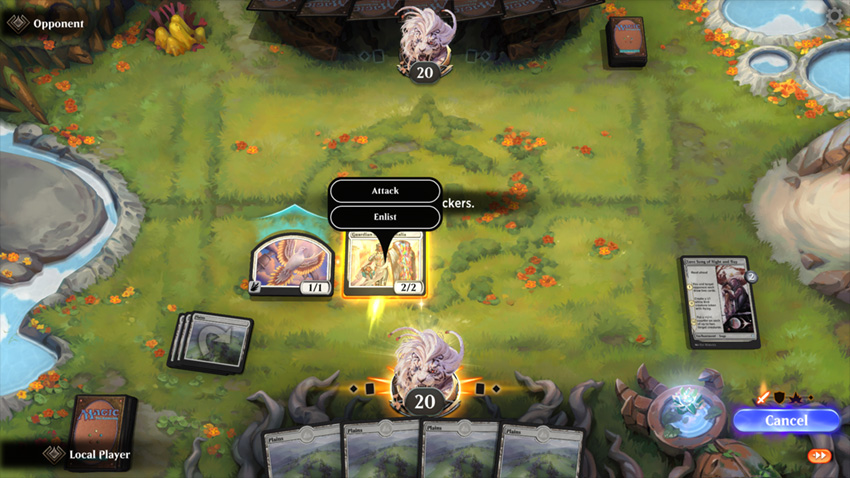 Yes, no, maybe so. Cards with more than one kicker cost are selected one at a time, giving you the option to pay for either of them, both of them, or neither of them. If you want to kick Archangel of Wrath twice, you'll select one of the kicker options, and then select the remaining kicker option. 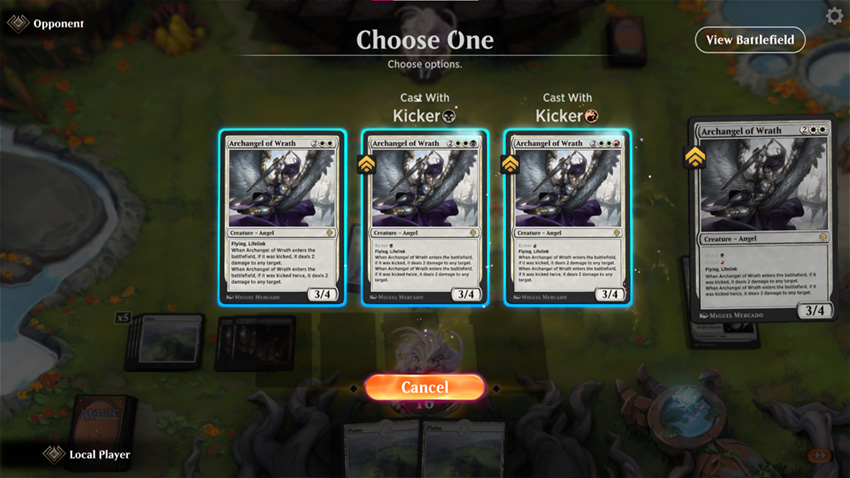 Cards with domain feature a badge that will dynamically update based on the number of basic land types (Plains, Island, Swamp, Mountain, and Forest) among lands you control, including nonbasic lands with more or more of those types, such as Blood Crypt. 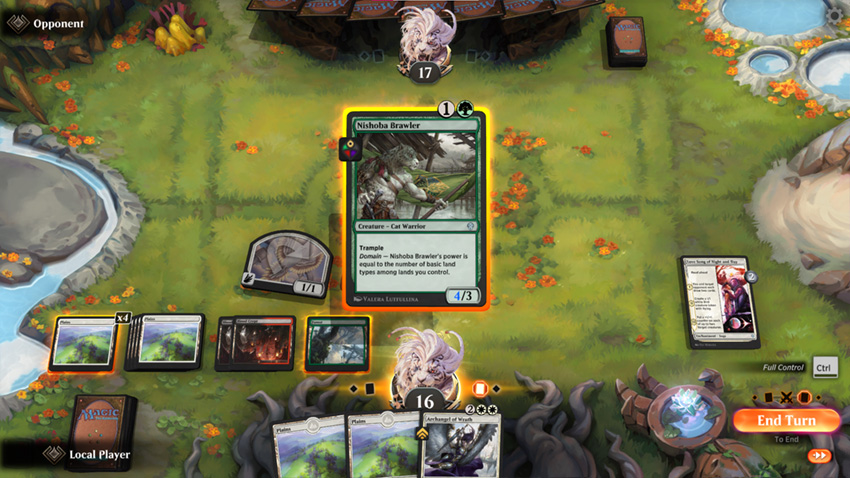 Cards with domain also enter the battlefield with flying colors! In addition to the badge, the visual effect(s) surrounding the card will reflect the number of basic land types. 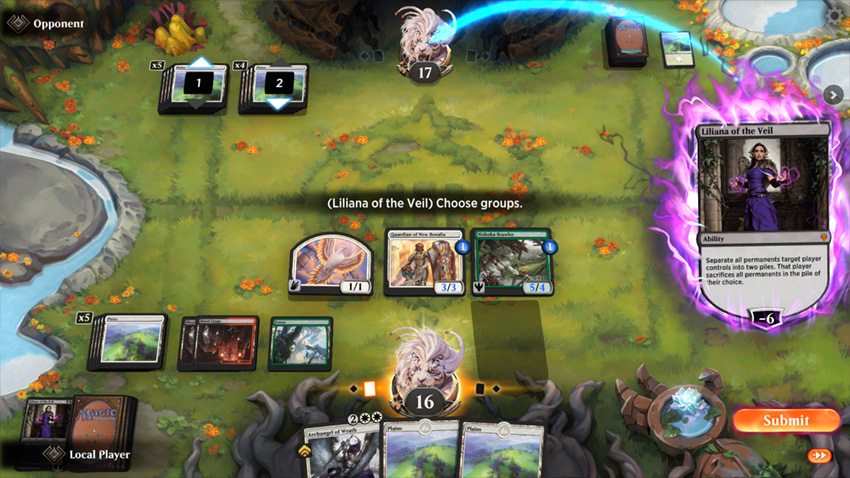 As a reminder, with the release of Dominaria United comes our yearly Standard rotation and Renewal celebration! In case you missed it, we have an entire article dedicated to 2022 Standard Rotation that covers everything and anything you need to know.

Now that the key moment is almost here, we wanted to remind you of everything happening on September 1:

To be eligible for renewal rewards, you must have created an account and logged in to MTG Arena prior to the start of maintenance on September 1. If you see the egg on your profile, you're all set!

Our favorite Planeswalker spark will be getting a quality-of-life upgrade with Dominaria United and will now auto-detect if your deck contains rebalanced cards. Just enter a bot match as usual, and Sparky will adjust accordingly.

Store Spotlight: Pet of the Month!

Dominaria is a place where past and present collide, and MTG Arena is no exception. While we didn't find any Lost Legends in our code archives, we still decided to celebrate in our own way. Starting in September, each month we'll be returning one previously available pet to the MTG Arena store.

Welcome to the Arena Championship

On September 24, the new pinnacle of competitive play on MTG Arena will be happening for the very first time! $200,000 and two seats at next years' Magic World Championship await our top competitors in this two-day, invitation-only event.

Head over to Magic.gg for complete details on this event and more, including how you can qualify for both the Arena Championship 2 and the return of the Pro Tour!

Dominaria United releases on MTG Arena this Thursday, September 1. Keep an eye on our status page and follow @MTG_Arena for the latest updates and information on maintenance times.

Want in on the action before then? Check out our Dominaria United Early Access event, happening today on Twitch.tv! 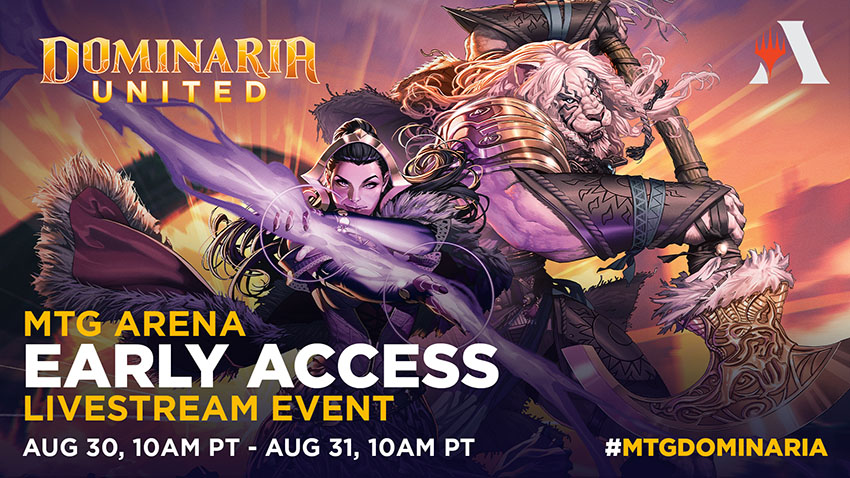 Oh and, Ajani? It looks like you have something in your eyes. Hey, wait a second