When the Dominarian barbarian Kamahl came to possess the Mirari, a powerful magical artifact, it amplified his inherent traits and rendered him violent and power-hungry. This state led Kamahl to try to force all of the Pardic tribes to follow him. Losing control and driven with unnatural rage, Kamahl plunged his sword into his own sister, Jeska, nearly killing her.

Stricken with remorse, Kamahl became a hermit in the Krosan Forest. Learning the ways of the druid from Thriss the Nantuko, Kamahl devoted himself to nature and the defense of others. Though Kamahl is now long dead, the order of Kamahlite druids was established in the Krosan Forest in honor of his actions and memory. 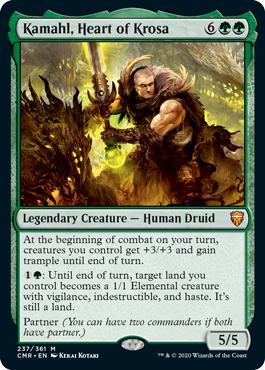 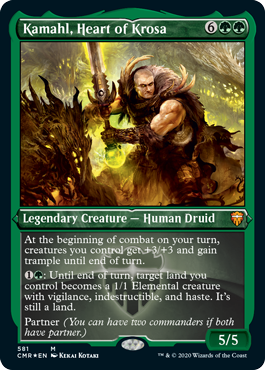 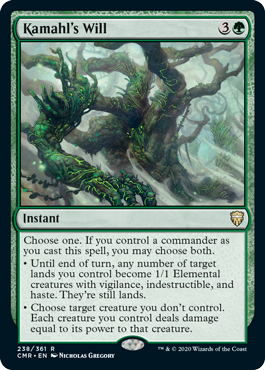 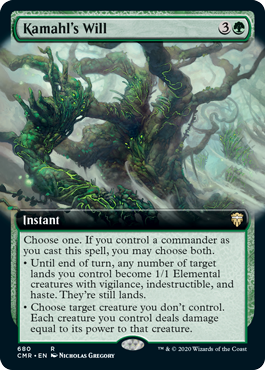