Have your opponent seeing stars with the newest set of drops from Secret Lair: Theros Stargazing, exclusively available during the Magic: The Gathering World Championship February 14–16.

The light of Nyx shines bright in the Theros night sky. Each constellation tells a story, and no story is as important as that of the gods. This drop is a must-have for any true believer—your favorite legendary creatures from the original Theros at their celestial best.

Five drops. Three days only. All on secretlair.wizards.com. Don't get left out!

Theros Stargazing is a five-drop series headlined by the five original Theros Gods and flanked by their contemporaries. Each Theros Stargazing drop comes with three premium foil Gods and one code for digital sleeves on Magic: The Gathering Arena.

Each volume will be available for $39.99 individually or $149.99 for a bundle of all five. Limit 15 per drop per customer and 15 per bundle per customer (yes, you can order 15 of each individually, plus 15 of the bundle if you so choose).

Show your devotion to the sun, the harvest, and victory with beautiful alternate-art constellation Gods by Jason A. Engle. 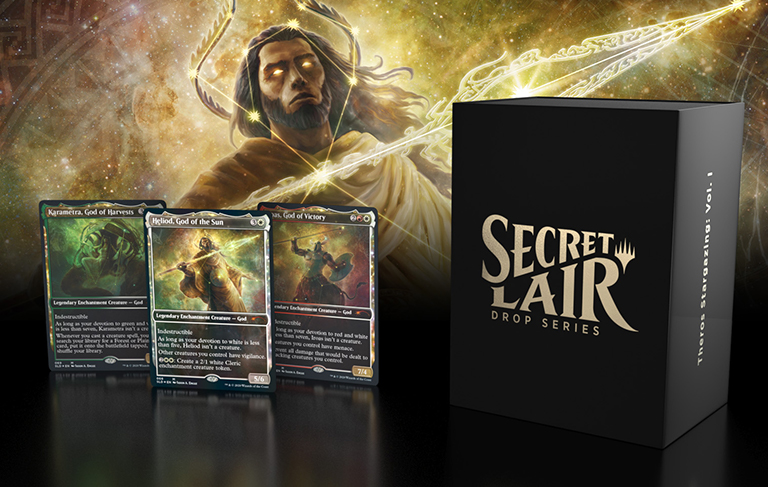 Express your devotion to the sea, the city, and the horizon with beautiful alternate-art constellation Gods by Jason A. Engle. 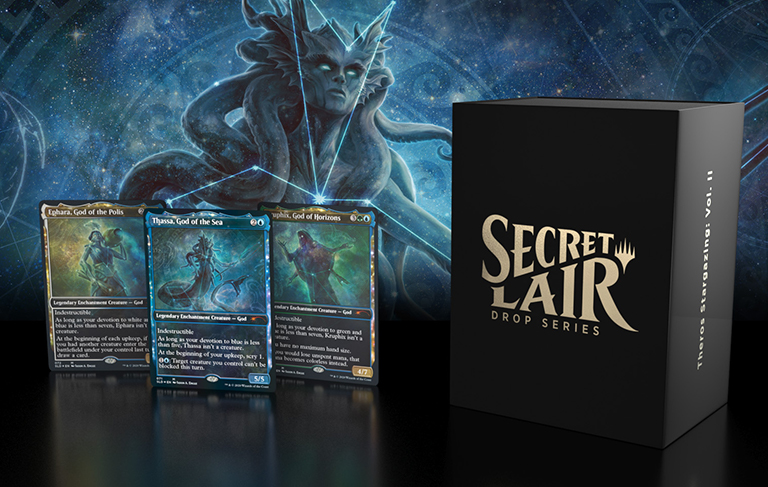 Prove your devotion to death, deception, and what lies beyond with beautiful alternate-art constellation Gods by Jason A. Engle. 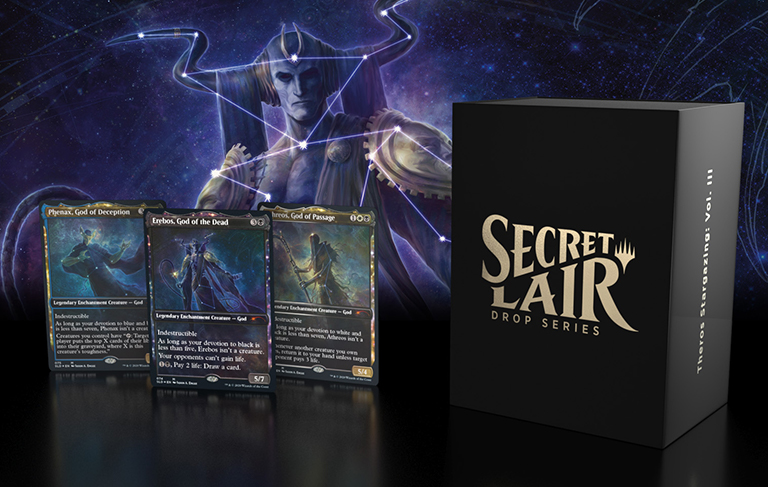 Declare your devotion to the forge, storms, and slaughter with beautiful alternate-art constellation Gods by Jason A. Engle. 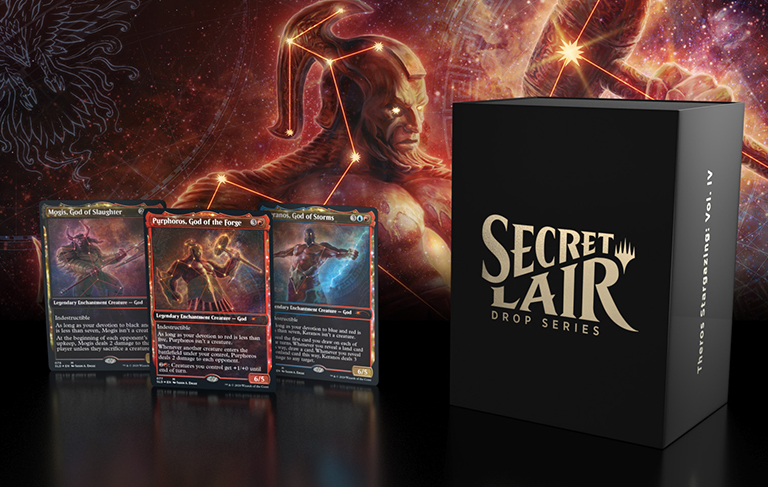 Celebrate your devotion to the hunt, debauchery, and deadly poison with beautiful alternate-art constellation Gods by Jason A. Engle. 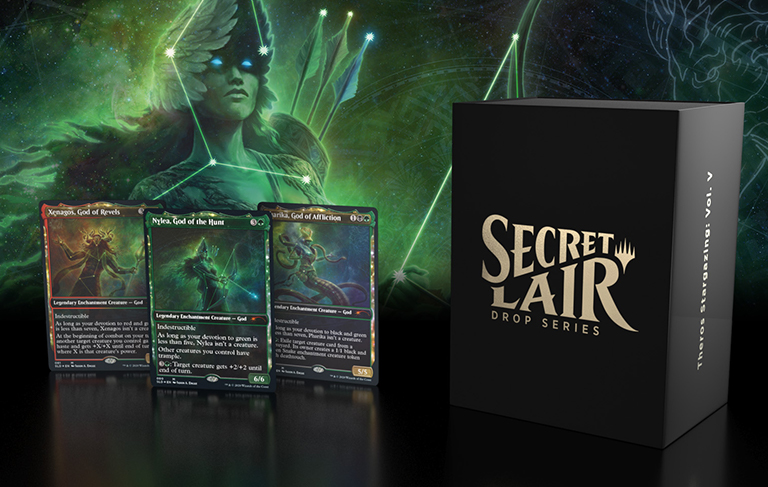 When you purchase a Theros Stargazing drop, you'll get a follow-up email that will confirm your purchase. Your code will be made available once your item is on hand and ready to begin its shipping process.

Similar to December's Secret Lair drops, we want to make sure you can get this drop if you want it. Purchase during the World Championship, and you're guaranteed to be gazing at the Gods.

We've stocked a limited quantity right away, so we have some ready to head to their admirers ASAP. The earlier you order, the more likely you'll be a part of the stocked wave (and therefore get it earlier)! If you're in the wave that needs to be printed (i.e. any orders that come in after that initial stock is spoken for) you can expect to get yours in a handful of weeks. But don't fear, they'll arrive at your door.

We can ship to the following regions:

Watch this space, sign up to be notified of the newest drops on secretlair.wizards.com, and follow @Wizards_Magic for the next installment of the Secret Lair Drop Series.