Editor's Note: This is on sale today! Read on to learn more.

The King of Monsters has arrived in Magic!

The Godzilla Lands will be available to preorder for 24 hours only at secretlair.wizards.com. This is a preorder, meaning all product will ship at a later date once inventory is available. Preorders begin at 9 a.m. PT on May 7, and you can secure your copy of The Godzilla Lands for $29.99. Limit 15 per customer.

Now, here's what you'll get with each copy of Secret Lair Drop Series: The Godzilla Lands: 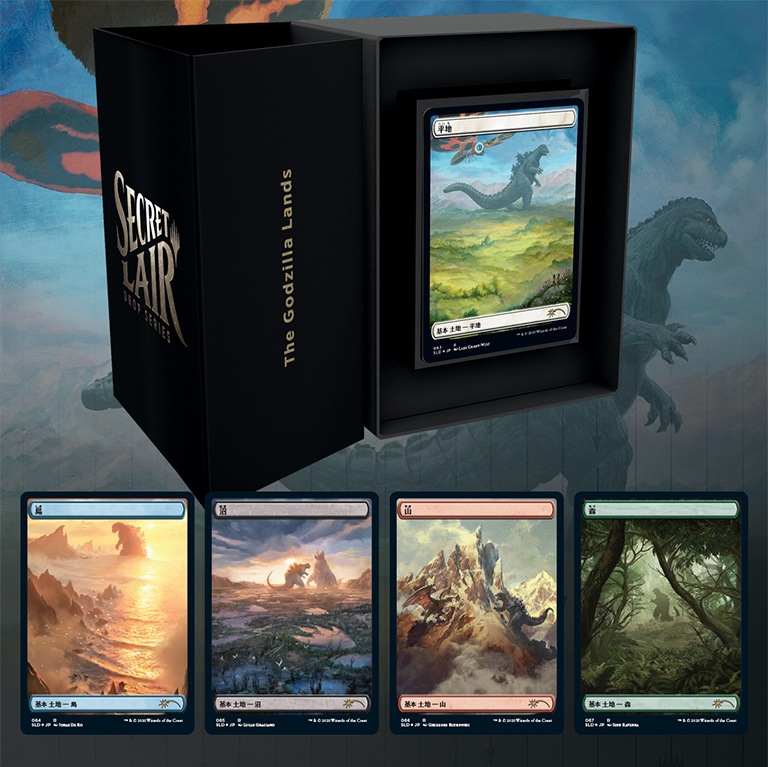 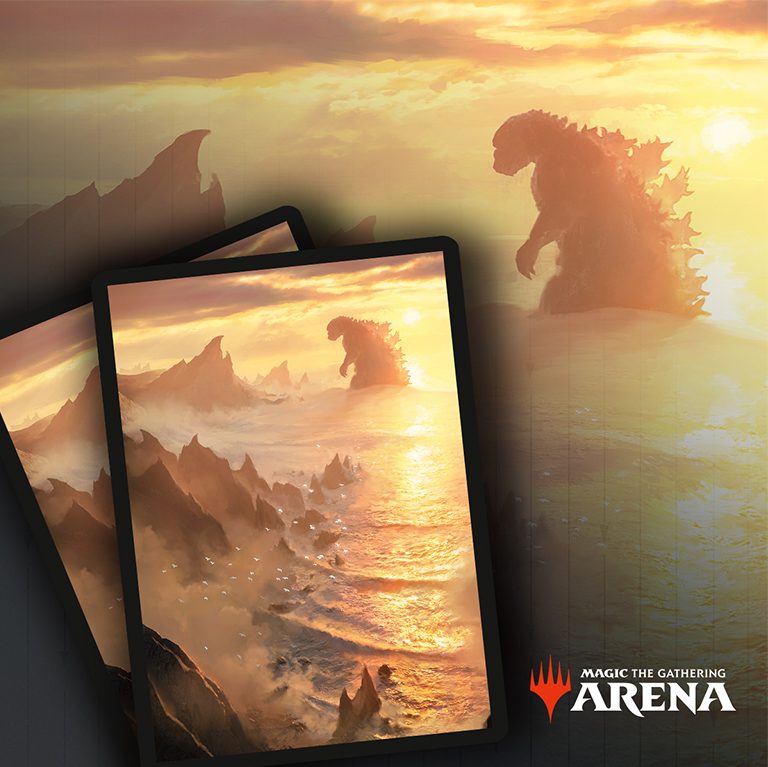 Striking and unique art is at the forefront of the Secret Lair Drop Series, and this drop is no exception. So, let's take a closer look at each stunning piece and the art direction that helped these talented artists do justice to the King of Monsters. 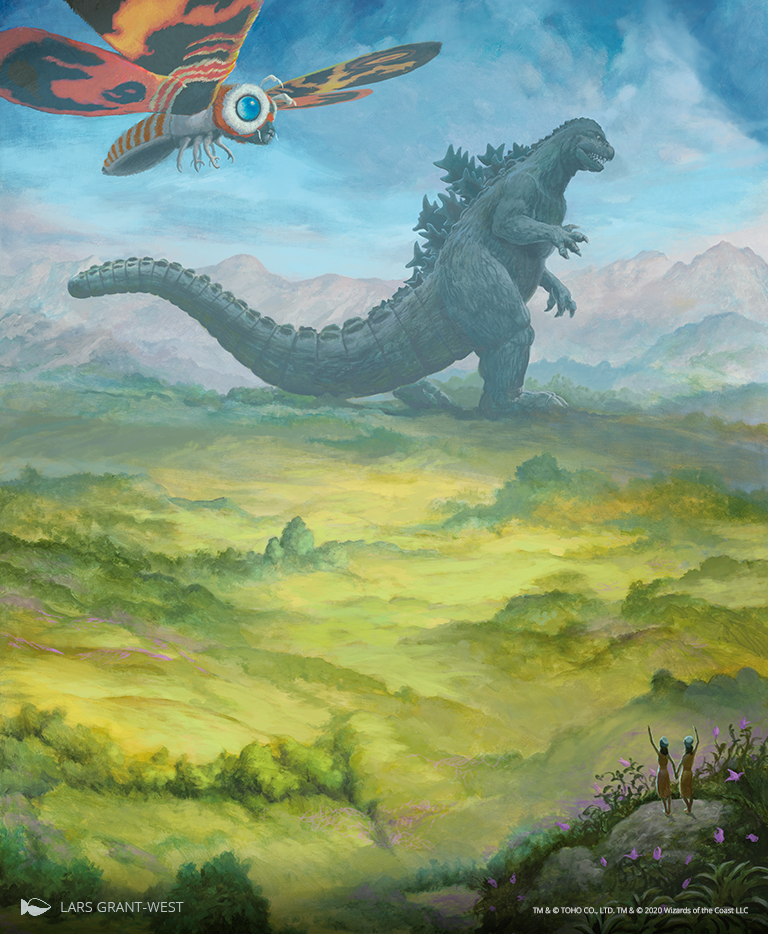 Color: Land associated with white mana
Location: Grassy plains
Action: Show a wide, beautiful landscape shot of low, rolling hills covered in lush, golden grasses. Somewhere in the scene we see two giant monsters racing across the hills toward some unknown destination: Godzilla, King of the Monsters, and Mothra, a giant, benevolent, and beautiful moth. Maybe as an Easter egg, somewhere in the scene we see the Mothra Twins, two tiny fairies, singing to Mothra—they might just be resting on a hill or hovering above the grass somewhere; they don't need to be very large or focal at all.
Focus: The plains landscape
Mood: Rolling, lush, beautiful 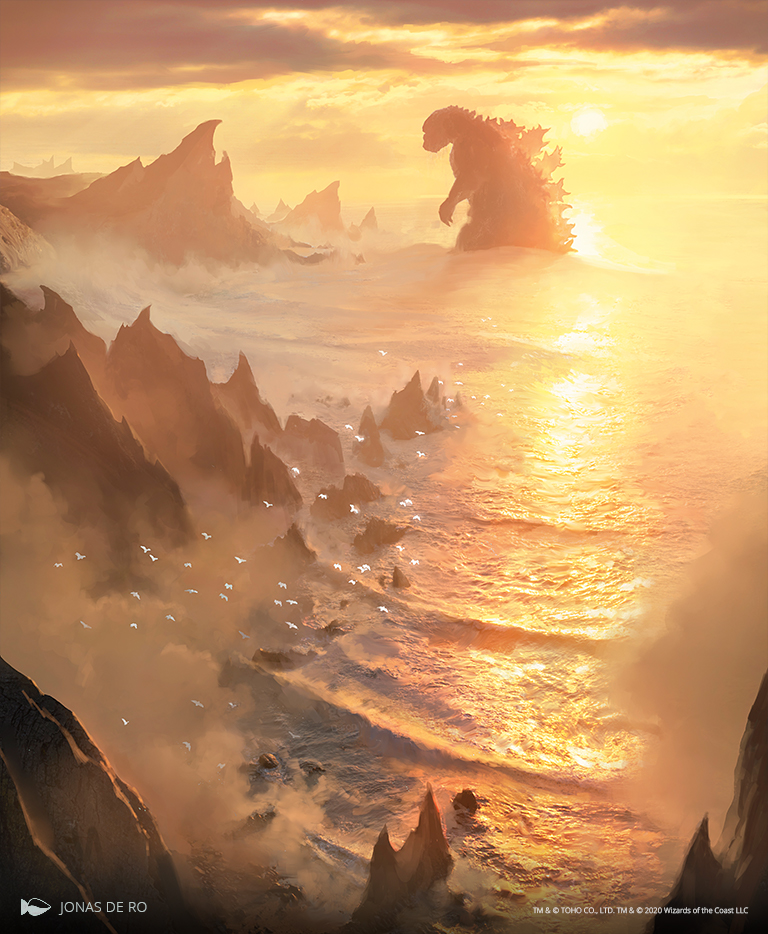 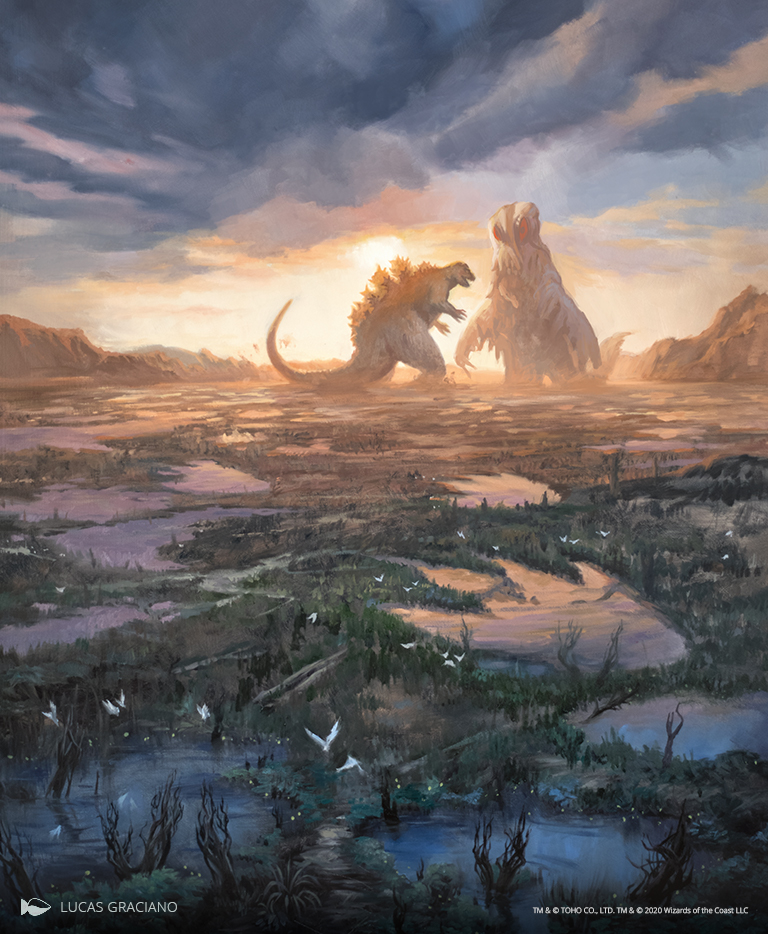 Color: Land associated with black mana
Location: Swamp
Action: Show a wide landscape shot of a gloomy, mysterious swamp. In the distance, a battle is raging between two giant monsters: Godzilla, King of the Monsters, and Hedorah, a sludge-like swamp monster with green kelp-like surfaces and vertically oriented yellow eyes with red irises. Hedorah lunges at Godzilla, who attempts to bite and slash it, and it's not clear who would win the fight.
Focus: The swamp landscape
Mood: A mysterious, murky swamp that hides many secrets 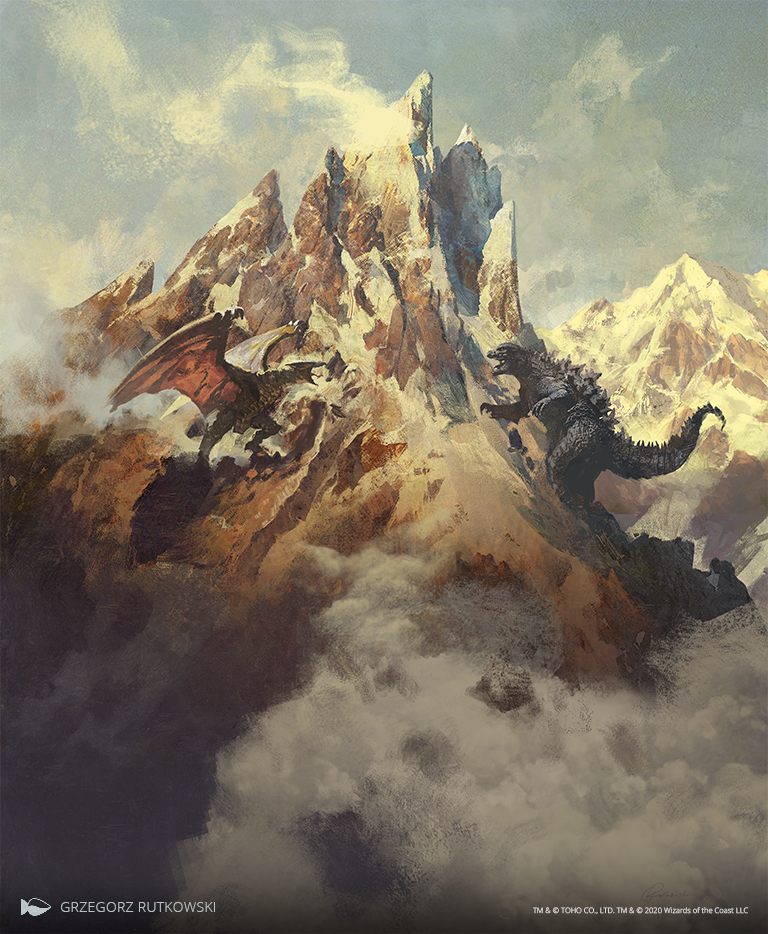 Color: Land associated with red mana
Location: Mountains
Action: Show a shot of a steep, jagged mountain with what looks like a huge crater gouged out of its side. Rearing up from that crater is Rodan, a winged-dinosaur-like monster, and some distance away we also see Godzilla, King of the Monsters, roaring in challenge at Rodan. Neither of the two monsters should steal too much focus—the main focus should still be the mountain itself.
Focus: The mountain peak
Mood: Steep, treacherous, dangerous 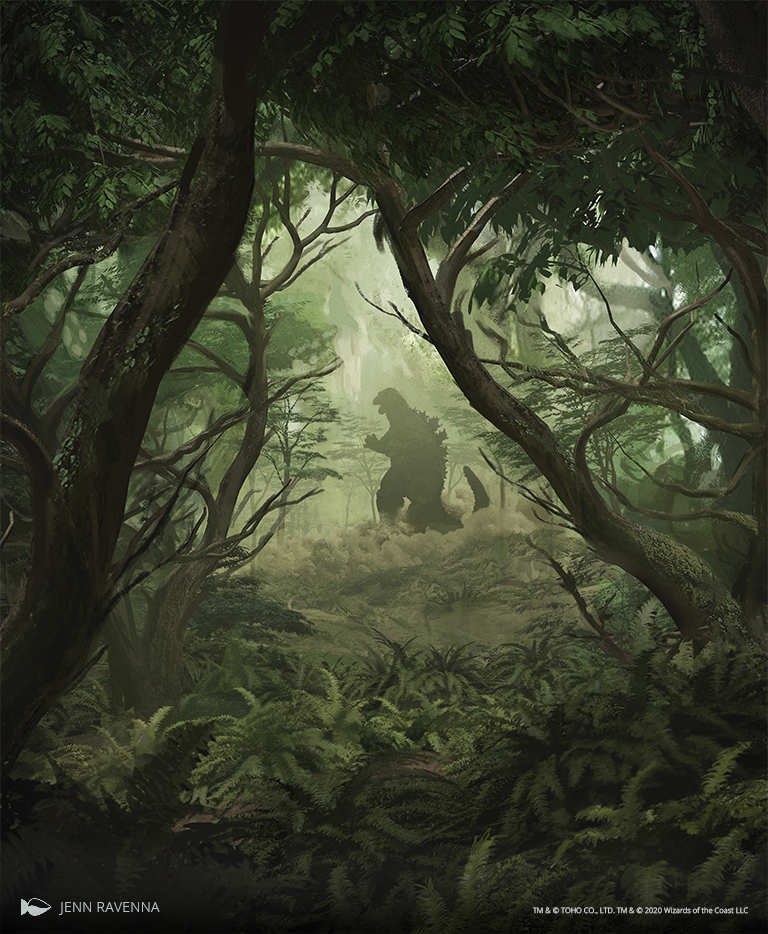 Color: Land associated with green mana
Location: Forest
Action: Show a lush, densely grown prehistoric forest, full of towering trees and giant ferns. Somewhere in the scene we see Godzilla, King of the Monsters, crashing through the undergrowth and ripping trees apart—he's on a rampage and is leaving destruction in his wake.
Focus: The forest landscape
Mood: A lush, prehistoric forest

Similar to other Secret Lair drops, we want to make sure you can get this drop if you want it. Purchase within the 24-hour window and the King of Monsters will soon be making his presence felt in your decks.

Unlike previous Secret Lair drops, The Godzilla Lands are preorder only, meaning the cards will all be printed after the sale has concluded. Orders will ship as soon as inventory is available. We anticipate your drops will arrive around July, but the final timeline will depend on when our production partners are back up and running at full capacity.

The new European URLs aren't live yet, but they will be before Secret Lair Drop Series: The Godzilla Lands goes on sale. At that point, our site will automatically route you to the proper URL based on your region.

The US facility will ship to the following countries:

For international orders shipped from the US site, your local post office or customs exchange may require additional payment to release the product when it arrives in your region.

The European facility will ship to the following countries (new options in bold):

Free shipping is available from the EU and UK sites for purchases of at least €99 or £89 respectively before taxes or VAT.

Don't see your country listed as an option? For any other regions around the world, please know we are working to expand our global reach to additional locations in legally compliant ways that maintain a positive customer experience. You are not forgotten.