Thanks for joining us for Time Spiral Remastered previews! We're excited to finally share the set with everyone—for those who fondly remember that Mystical Teachings deck they drafted in 2006, are looking to snag some retro frame cards for their Commander decks, or just showed up and saw the card name Phthisis for the first time. (I don't know how to pronounce it either, sorry.)

It's been a particularly challenging year for "the Gathering" part of our game. While Time Spiral Remastered events begin March 18 on Magic Online, we wanted to try something new to celebrate the release of this tabletop set and connect people together to play games safely and comfortably. To that end, we're using a platform some of you may be familiar with already: the SpellTable beta.

(Pictured: Getting the pals together for some fun games of Magic.)

Launch Who Say What Now?

The Time Spiral Remastered Launch Party begins on release day, March 19, and runs through Saturday March 20. We're supporting remote play for the event through a dedicated (external) Discord server in conjunction with our partners over at ChannelFireball and with booster packs available through your local WPN store.

The main format of the event will be Time Spiral Remastered Sealed, similar to a traditional Prerelease event. Purchase Time Spiral Remastered Draft Booster packs at your local game store, open six packs, create a 40-card deck (including basic lands), and you're all set! There will be options for traditional one-on-one games as well as teaming up for Two-Headed Giant play.

When you log in to SpellTable beta on the day of the event, you'll see the option to join the Time Spiral Remastered Launch Party in addition to the usual set of options. That will take you to our special event Discord server where you'll be paired with other players looking to play games with Time Spiral Remastered (the external Discord server can be joined in advance here).

There's no entry fee for the event, and there aren't any prizes. There also isn't a round structure, so you can come and go as you please throughout Friday and Saturday to play as often as you'd like. Hang out, play some games in your pajamas, and have a good time.

But before we get too ahead of ourselves, let's talk about what you'll need to play on March 19–20.

How Do I Participate in the Launch Party?

Glad you asked! It's pretty simple, especially if you've played a game of Magic over webcam before. If you haven't tried SpellTable beta yet, stick around for the end of this article where we show you the ropes.

For the Time Spiral Remastered Launch Party, here's what you need to do.

Pick up some Time Spiral Remastered Draft Boosters packs from your local game store or wherever booster packs are available for you to purchase.

We'll be playing Sealed Deck, so you'll want at least six booster packs. You're free to get even more packs and build more than one sealed deck to play throughout the weekend, but you need at least six to get started. Be sure to let your store know that you're playing in the event when you pick up your packs!

Open those packs, make a 40-card deck (including basic lands), and get all timey-wimey.

Get your webcam Magic setup ready to go.

Check and adjust your settings, make sure your cards are nice and visible, and remove your pet from your playmat if they decided to take a nap there. If you've never played tabletop Magic over webcam before, check out the section at the end of this article for some tips.

If you've already been using SpellTable and are wondering how the beta differs from regular SpellTable, good news: Spelltable beta features format selection, spectator mode, speaker identification, and various stability improvements. Please note that since we're using Spelltable beta to test our updates before official rollouts, its features may still be very much in development.

Select the option to "Find a Game in the Time Spiral Remastered Launch Party."

From there, you'll be taken to the event Discord for the Launch Party (note that this is an external Discord link). If you don't have a Discord account already, you'll make a username here.

Join the queue to find a match in the style of your choice and get to playing!

It's going to be a no-stakes, relaxing time for everyone—even for the people looking up how to pronounce "Phthisis" right now. Over the last year, it's been a major challenge to come together to enjoy the game we all love, and we hope the Time Spiral Remastered Launch Party gives you a little taste of what's to come when it's safe to gather again.

Some Tips for Getting Started with Webcam Magic

If you've never played tabletop Magic through SpellTable before, there are plenty of great resources to check out and help you get started.

First up, take a look at some videos from our own Gavin Verhey and The Professor. Some of the information about joining the play queue will be a little different for the Launch Party event, but there's some great tips for making your webcam setup work.

Gavin's been jamming Commander through SpellTable and shared how he does it on Good Morning Magic:

For another look, The Professor shared his thoughts on SpellTable as well:

Using Your Phone's Camera as a Webcam on SpellTable beta

In the settings, check "Use mobile device as webcam."

Once you have joined a game on your computer, go on to your phone and navigate to the same game URL in your mobile browser.

On your phone, log in with the same account that you joined the game with on your computer.

That's it! Once the phone loads up the game, your video should stream from the camera on your phone.

Because phones can have multiple cameras, you might need to select the right one. To do that, use the video input dropdown in the "Configure Inputs" dialog.

Getting Your Camera Setup Just Right

SpellTable beta has some great features that help identify cards in play in real-time for ease of reading on your screen. However, it works best when your camera setup is pointed at cards directly from above with no tilt to the camera. Do yourself and your opponents a favor and try to adjust your camera accordingly. 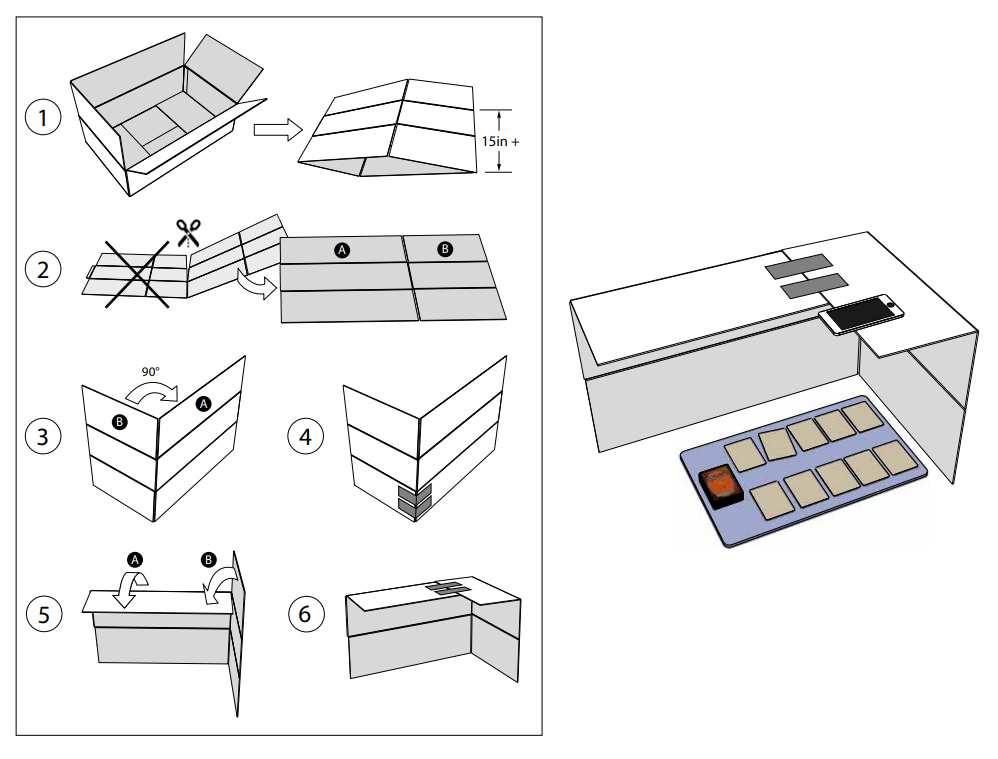 Good luck out there, and we'll see you for the Time Spiral Remastered Launch Party March 19–20!