In just a few days, Alchemy will be making its biggest competitive debut at the Neon Dynasty Championship. I'm hoping this primer can answer some questions you may have about the format, as well as give you a glimpse at some of the decks you can expect to see played!

Alchemy is MTG Arena's newest format, intended to play alongside and with Standard by using digital-only mechanics and card updates. Alchemy begins with Standard's base card pool and then branches off in three key ways:

Notable examples of Rebalanced cards in Alchemy are Alrund's Epiphany, Divide by Zero, Faceless Haven, and Omnath, Locus of Creation, all cards that are currently banned in Standard. Rebalanced cards have the same effect across all Digital formats on MTG Arena, including Alchemy and Historic.

The Alchemy format and its supplemental releases share a rotation schedule with the Standard format.

While this covers what Alchemy is all about, it doesn't answer the more important question of what purpose it serves.

Perhaps the biggest question surrounding Alchemy as a format is why it exists in the first place. After all, Standard is perfectly fine as a rotating format featuring Magic's latest sets, why make what is essentially a digital Standard?

One of the biggest critiques Standard has faced since the inception of MTG Arena has been formats quickly getting stale as a result of the unprecedented number of games being played. The rate at which new Magic expansions are released can feel almost glacial when formats are solved within a matter of weeks, and sometimes a new expansion is not able to overcome the power of existing decks, resulting in a metagame that can last months on end.

This dynamic also puts an incredibly unfair emphasis on the design team to get everything right—if a card/mechanic design misses the mark in either direction, the impact can be catastrophic for competitive play. If Magic's history has proven anything, it is that the extensive testing and hard work the incredible design team puts in to each set is no match for millions of players getting their hands on the product.

With that in mind, we come back to MTG Arena. MTG Arena's popularity may have exacerbated an existing problem in Magic, but in exchange its technology offers a solution that was previously unavailable. That's where the core idea for Alchemy comes in—a format that exists within the tabletop Magic release schedule without disrupting it.

Alchemy is a format of flexibility and possibility; a dynamic and ever-changing format where ambitious design philosophy can exist safely knowing that the next rebalancing is only weeks away. Alchemy is a format where mechanics that were not initially good enough for Constructed play can be given a second chance at life. Alchemy is a format where designs that are not physically possible in paper can be explored. With Alchemy, Magic is once again venturing into new and unexplored territory and I can't help but be excited by the possibilities of what is to come as the format comes into its own. I expect it to go far beyond just Standard.

The Decks of Alchemy

Now that the boring stuff is out of the way and you are (hopefully) excited to see Alchemy in action, I can give you a look at some of the decks you may see in the Alchemy portion of the Neon Dynasty Championship.

4 Jukai Naturalist 4 Showdown of the Skalds 1 Arlinn, the Pack's Hope

4 Showdown of the Skalds 1 Arlinn, the Pack's Hope
52 Cards

Naya Runes is the hottest new deck in Alchemy, taking full advantage of the new enchantments-matter themed cards from Kamigawa: Neon Dynasty with the Runes from Kaldheim. Reminiscent of Enchantress/Aruas decks of old, Naya Runes is an aggressive deck that is also able to grind later into the game thanks to a steady stream of card advantage and +1/+1 counters.

Jukai Naturalist is an all-star in this deck. Its cost-reduction ability is already great with cards like Showdown of the Skalds, but it really shines alongisde with Runeforge Champion. The abilities of the two cards combine to make all your Runes cost no mana, allowing for some truly explosive turns.

Naya Runes has already been putting up impressive results in qualifier tournaments, and is the deck I (and I'm sure all the Neon Dynasty Championship players) have our eyes on.

If Naya Runes is the "new" hotness, then Gruul Werewolves is the "old" hotness. This was considered by some to be the deck to beat before Kamigawa Neon Dynasty came out, with solid creatures at every step of the curve. The power spike the Werewolves get when it is Night often forces opponents into awkward scenarios where they have to go out of their way to make sure they bring Day back. Even then, the large number of individually powerful creatures can make this deck a nightmare to deal with.

I'm interested in seeing how Werewolves fares in a world of Runes, and how they will adapt to answer the new aggressive threat.

4 Saw It Coming 2 Witness the Future

4 The Wandering Emperor 4 Behold the Multiverse

Azorius Control in Alchemy is pretty traditional, featuring a nice mix of card advantage, removal, and a few ways to close out the game when the time finally comes. Control decks typically work best in more known metagames, allowing the pilot to tune their deck towards what they expect to face.

The card that most intrigues me in this list is Divine Purge. An extremely potent anti-aggro effect for 3 mana, Divine Purge might be exactly where you'd like to be in a world of Runes and Werewolves.

Kamigawa: Neon Dynasty gave this deck a more robust instant speed game plan with The Wandering Emperor and March of Otherworldly Light added to the arsenal. I like how Azorius Control is looking at the moment, and I think it may end up being a bit of a sleeper for this event.

2 Burn Down the House

There was a time when Izzet Control stood tall as one of the most dominant decks in Alchemy. The result of that era was both Divide by Zero and Lier, Disicple of the Drowned being rebalanced, knocking the deck down a tier.

The tools for success are still there, with red giving you access to cheap disruption, Expressive Iteration, and a new powerful threat in Atsushi, the Blazing Sky. Izzet Control can still put up a fight, and the power of an unchecked Lier to take over the game should not be underestimated.

Similar to Azorius Control, the power of this deck comes from being able to reconfigure your build based on your expected metagame, and there are plenty of options to work with here.

This Rakdos Anvil deck has been putting up some great ladder results recently using a very synergistic sacrifice strategy. Oni-Cult Anvil has slotted in perfectly into this deck, combining well with both the Treasure and Blood tokens the deck makes. The deck excels at pinging away at your opponent's life total, amassing incremental damage with each game action using cards like The Meathook Massacre and Sanguine Brushstroke.

The Rebalancing of Sanguine Brushstroke to no longer gain life upon sacrificing Blood tokens did cost the deck some points against other aggressive strategies, but this deck is still quite strong. I'm curious to see if its results will translate well to tournament play as a known entity, but the raw power is certainly there to be a contender.

The Age of Digital Magic

This weekend is the Neon Dynasty Championship, an all-digital affair featuring the Championship debut of Alchemy alongside Historic. 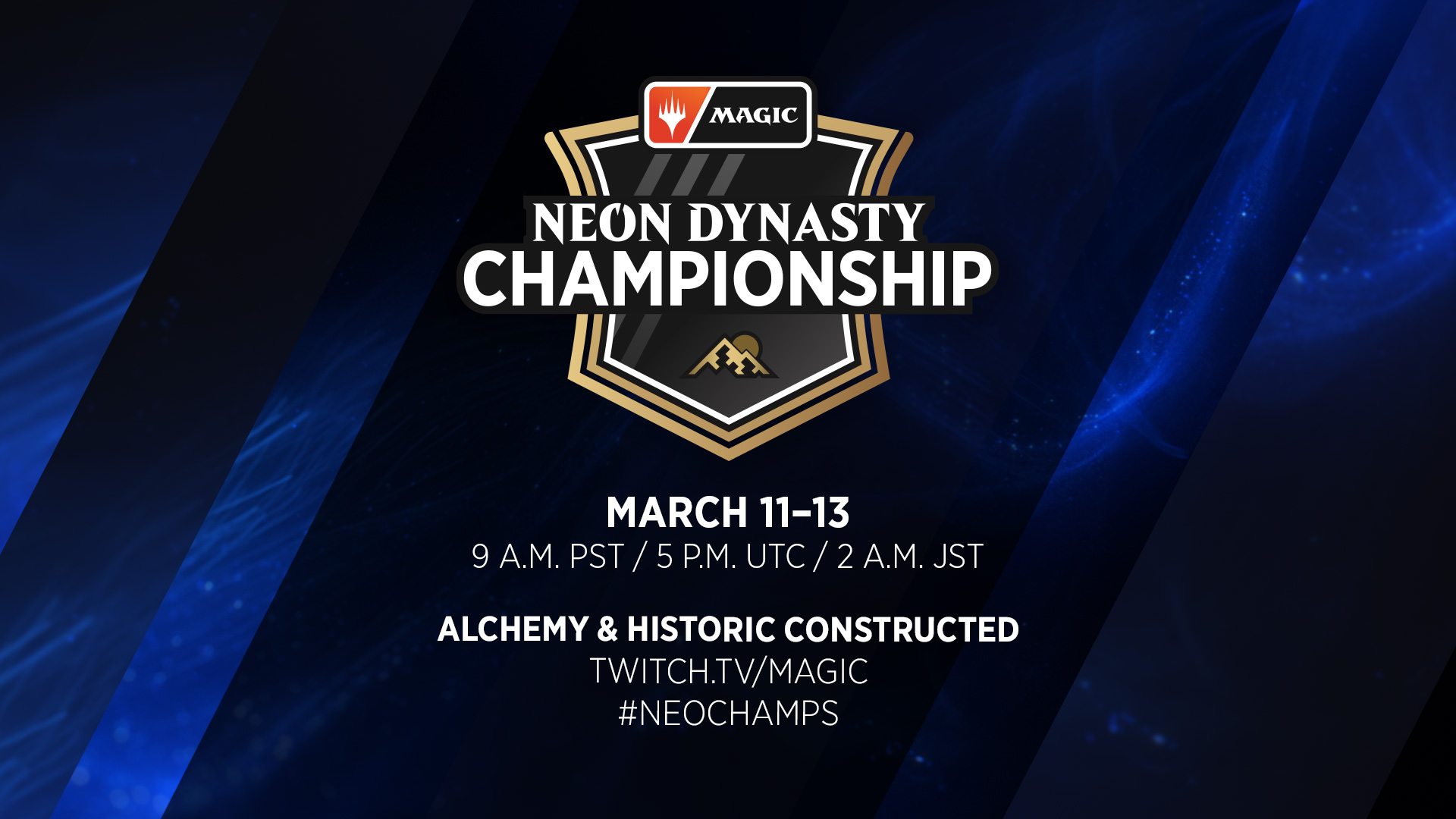 In case it wasn't already obvious, I am incredibly excited to see the two formats on display. I have always been a huge proponent of more support for digital Magic, and we're currently in a golden age with the future looking bright. 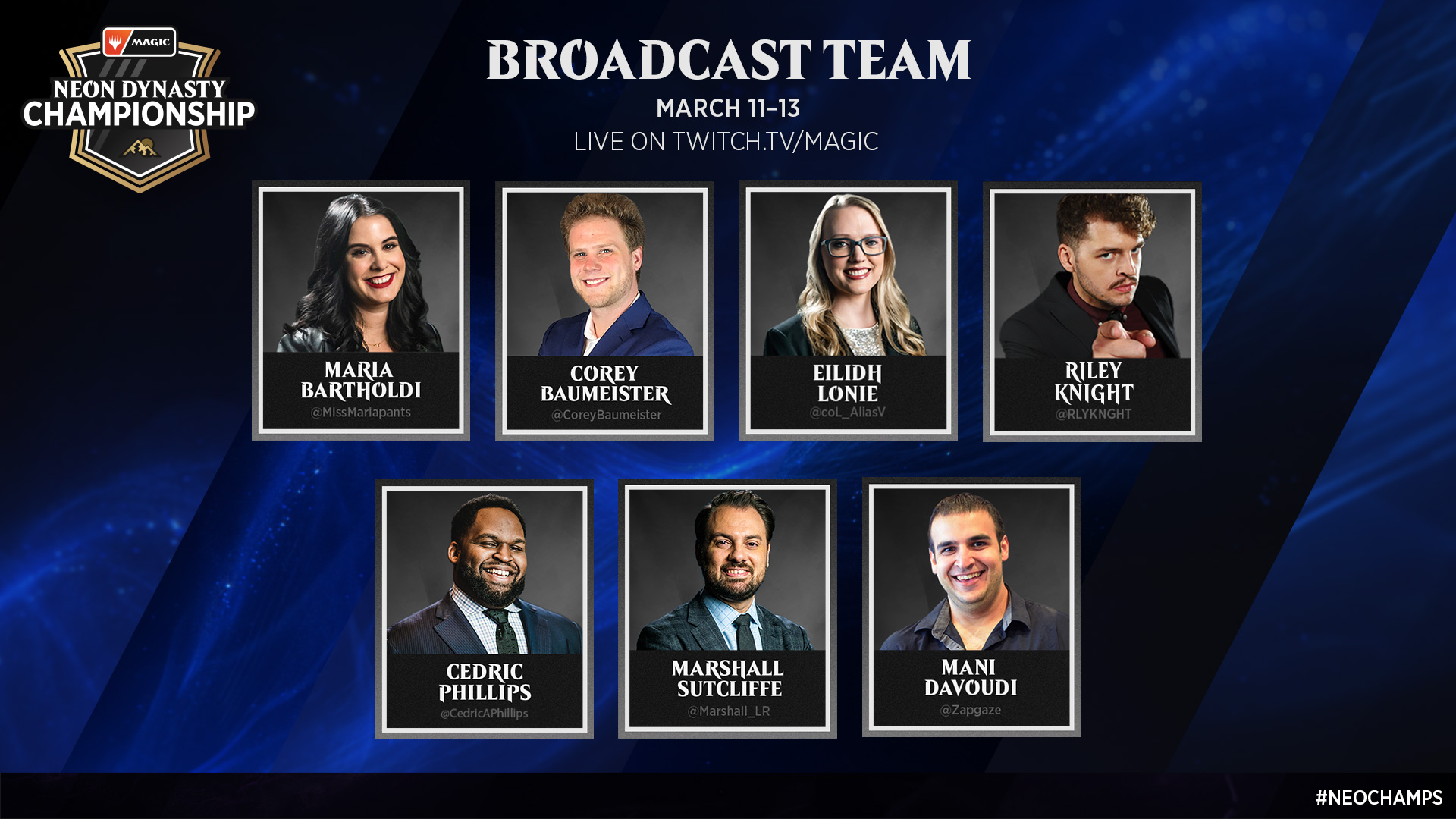 Join me and the rest of the commentary team starting Friday at 9 a.m. PST as we bring you all the action from the Neon Dynasty Championship, live at twitch.tv/magic!