It's time for a combination years in the making: Magic. Dungeons & Dragons. One epic experience.

Welcome to Dungeons & Dragons: Adventures in the Forgotten Realms!

I am so excited for this set. As a longtime Magic and D&D fan, seeing the games cross over together is incredible. Packed with fearsome villains and incredible heroes, awesome weapons and fantastic spells, D&D really has it all—and now Magic gets the chance to show it all off.

So, whether you're a Magic veteran or coming in for the first time: welcome! And come check out a Prerelease!

Otherwise, to read all about it, continue onward!

Going on an Adventure!

Prerelease weekend is your first chance to get your hands on the new set—and to me, the heart and soul of the Prerelease experience is the energy of getting those cards and playing with them. And even if you're doing that at home rather than in a store, you'll still be doing it with so many other people around the world as part of the global experience and conversation. Thanks to the internet, we're all connected!

The Prerelease of a set is great because the set is totally new, the footing is fairly equal as everybody plays with the set for the very first time, and you just get to relax and have fun exploring the new cards. There are a lot of laughs, things to learn, and great games: it's tons of fun for old and new players alike!

If you're a Sealed Deck veteran, you may want to skip ahead to the next section, where I talk about what you can expect for Dungeons & Dragons: Adventures in the Forgotten Realms. But if you're new to the world of Prereleases or maybe just looking for a few extra pointers, read on!

While, traditionally, Prereleases are run as in-store events, because of the COVID-19 virus, players can pick up Prerelease packs and take them home for the time being. We expect some stores will be running in-person events and that others will be running virtual ones. In different areas of the world, different rules and restrictions may apply to what can be open—so please take appropriate precautions, be aware of government-level requests, and do only what you feel comfortable with.

Okay now, let's see. You have a store selected, and you've taken a look at all the awesome cards in the Adventures in the Forgotten Realms Card Image Gallery.

You're all set and ready to see what this long-anticipated set has to offer! Now it's time to actually open up some of those cards!

What does a Prerelease Pack for Adventures in the Forgotten Realms look like? Well, it's a little something like this: 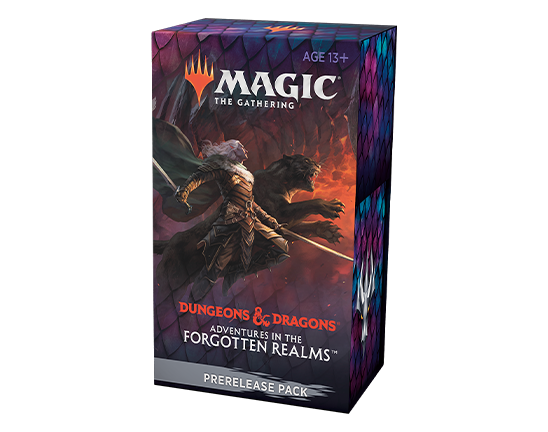 You don't even have to go through a dungeon crawl to get one of these beauties! And there is indeed a lot of good loot inside—let's take a look at everything you get inside: 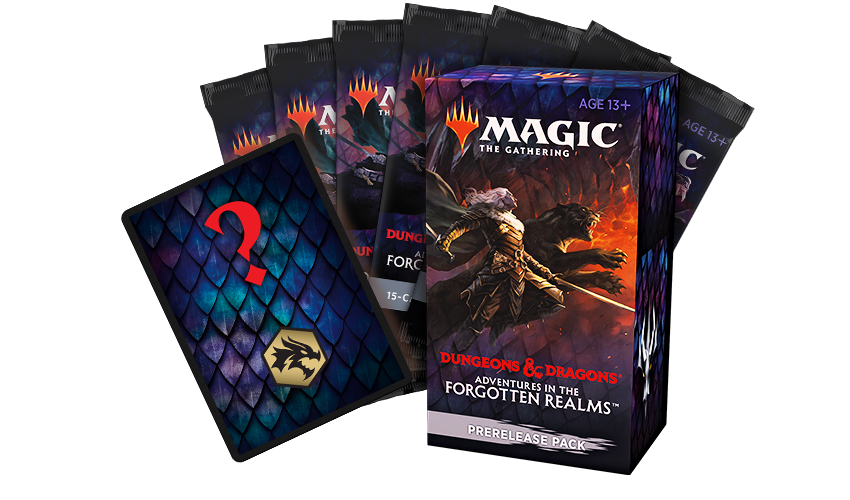 First things first: crack them open! Then, you'll have a stack of cards.

First, lay your creatures out in mana-cost order. This helps you see what creatures you're going to potentially be able to cast at each part of the game. (Don't lay your noncreatures out at this point unless they're cards you are planning to play as soon as you have that much mana—for example, you will generally cast a Prosperous Innkeeper on turn two, whereas Power Word Kill isn't usually a turn-two play.)

Adventures in the Forgotten Realms has some pretty fantastic frame treatments in it.

For example, the showcase cards look like they're straight out of a monster manual: 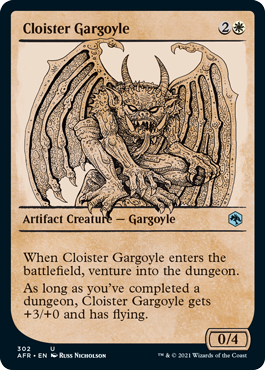 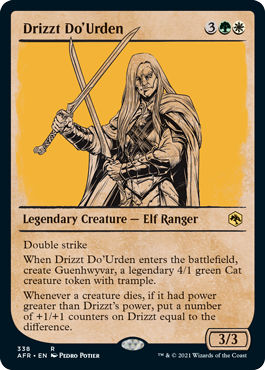 And we have borderless planeswalkers, of course: 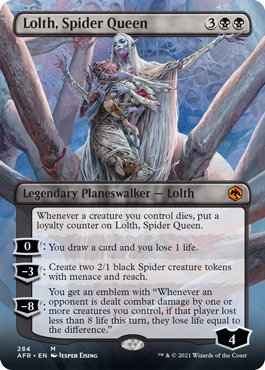 Even Dragons are getting in on the borderless fun! 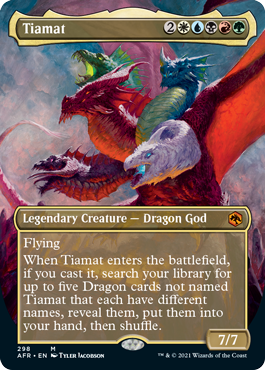 Those are just some examples, but to see everything that's happening and where to find it, go check out the Collecting Adventures in the Forgotten Realms article.

Depending on where you are in the world, playing Magic in a store may be a challenge right now due to COVID-19. So, if you are unable to play in a store, or don't feel comfortable doing so, what should you do?

If you haven't tried SpellTable yet, it's fantastic: with just a few clicks of a button, you can set up your phone or computer with a webcam to play Magic with someone across town—or across the world—with product you bring home. Complete with life tracking and card lookup, it's easy to set up: just log in with your Wizards account, and you're good to go.

Some stores will even be offering remote play Prerelease opportunities using SpellTable, and there are many places out there organizing times to play.

One such great opportunity is our Adventures in the Forgotten Realms Prerelease event on SpellTable, partnered with ChannelFireball, that will run all weekend, starting Friday, July 16. Pick up a Prerelease Pack at your local store, bring it home, build your deck, and then log onto their Discord server and get matched into a game quickly! It's all for fun, so feel free to try out whatever wild combinations you'd like!

Is Commander more your bag? Grab an Adventures in the Forgotten Realms Commander deck, and they'll be matchmaking that, too. 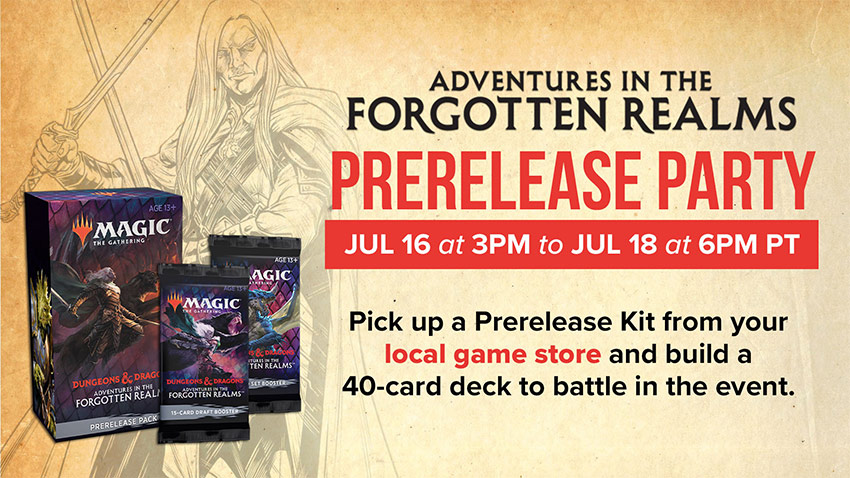 There are regular games and all kinds of other fun stuff going on—read more on ChannelFireball's event page as well.

While you're at your store to pick up a Prerelease Pack, you can also buy other things, like booster boxes of Set and Collector Boosters! Be sure to call ahead to preorder one, and while supplies last, you should be able to pick one up. 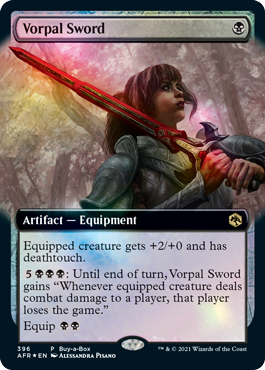 Dungeons? Dice rolling? What's going on here?! Learn how the mechanics of the set work through these great videos:

Into the Forgotten Realms

In my entire time playing Magic, a crossover like this has been one of our most requested sets—and it's finally happening. Our love of Magic and D&D together have really created something special here, and I hope you have a blast with it.

I hope you've enjoyed Adventures in the Forgotten Realms previews, and whenever and however you play with the set: have fun! It's a set really like none other.