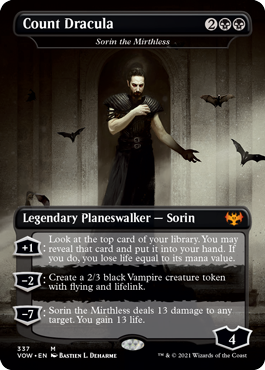 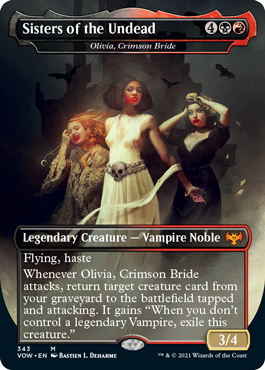 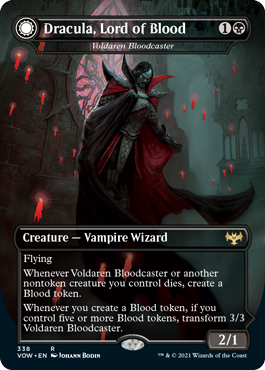 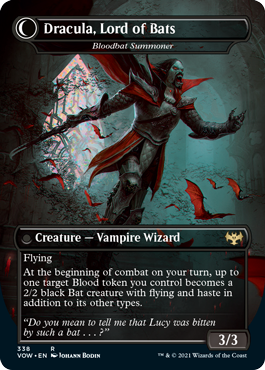 The Dracula series cards bring Bram Stoker's Dracula novel to life within Magic. We have taken 18 cards from Innistrad: Crimson Vow and given them alternate artwork featuring characters, locations, and objects inspired by the original novel. These cards are mechanically identical to the cards in Innistrad: Crimson Vow and use the Dracula series frame to capture a creative take that brings together Magic and Dracula.

One single-card Box Topper booster will be found in each Draft and Set Booster display, with two found in each Collector Booster display. For the single-card Box Topper Booster, the Dracula series card will always be a traditional foil card. Each Dracula series card matches the rarity of its Innistrad: Crimson Vow equivalent. For example, Sorin the Mirthless is a mythic rare and Count Dracula, which is mechanically the same, is also a mythic rare. You will get one of the five Dracula series uncommons in slightly over half of the Box Topper boosters, and you will get one of the seven rares and five mythic rares in the remaining packs.

One addition we have made for the Draft and Set Booster displays is that the single-card Box Topper booster now comes attached to a cardboard insert that sits right atop the inside of the booster display. Featuring the art of Magali Villeneuve on one side and Martina Fačková on the other, this cardboard insert has been designed to protect the single-card Box Topper booster inside the display. 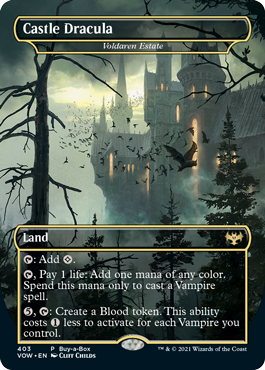 Lastly, for MTG Arena players, the Dracula series cards will be available through event rewards. Stay tuned to the MTG Arena Weekly Announcements for more details on how you can earn these in events!

This mirroring can be seen in the set structure as well. For example, both sets have the same number of single-faced and double-faced commons (90 SFC/10 DFC), uncommons (60/23), rares (53/11), and mythic rares (15/5). Each Innistrad: Crimson Vow Draft Booster is guaranteed to have at least two double-faced cards (DFC) in it. One in three packs will have a traditional foil card of any rarity that replaces a common. When this traditional foil card is a double-faced card, then your Draft Booster will have three DFCs within. 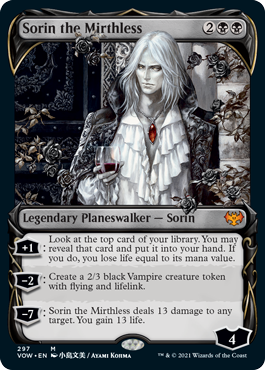 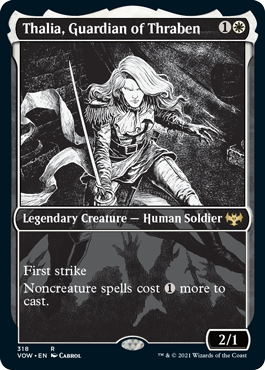 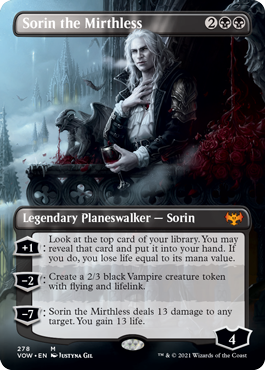 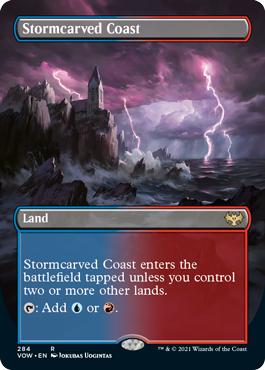 For the Booster Fun card treatments of the set, we have brought back showcase eternal night cards, borderless planeswalkers, and borderless dual lands. We are also introducing showcase fang frames that feature each of the 30 vampires in the main set, as well as Sorin the Mirthless.

The showcase eternal night cards feature each of the legendary creatures in the set, with the exception of most legendary Vampires who are found only in the showcase fang card treatment. For each of the Booster Fun (showcase and borderless) cards that shows up in only one version, one out of every three times you open a given card, it will be the Booster Fun version of the card. For cards, such as Sorin the Mirthless, that show up in more than one Booster Fun treatment, the one-in-three Booster Fun version finds are split evenly between borderless and showcase fang frames. 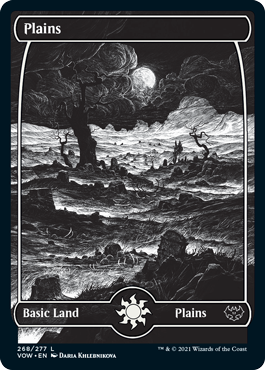 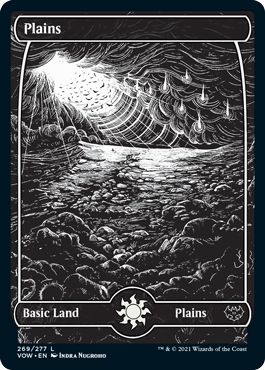 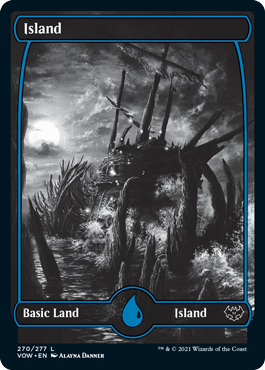 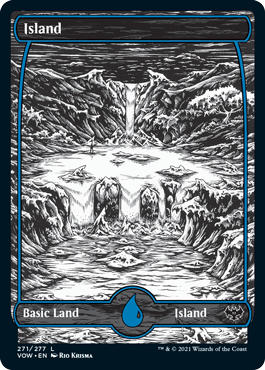 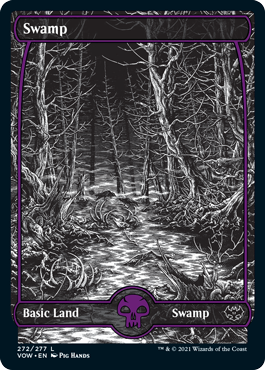 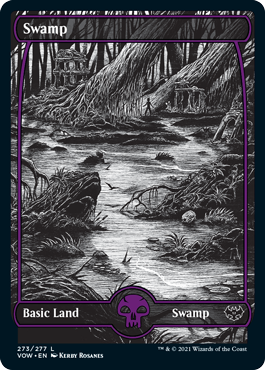 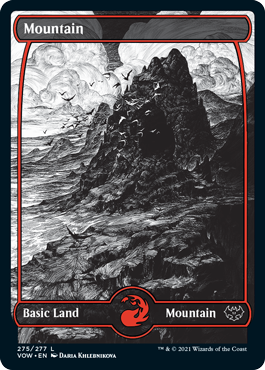 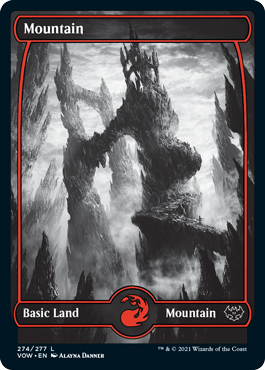 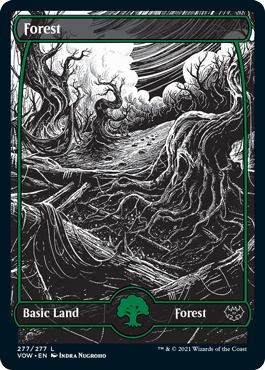 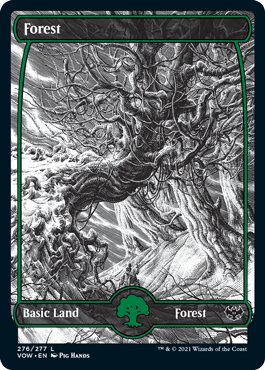 Every Draft Booster will have one of the ten new showcase eternal night basic lands in the land slot, and you can see all of them over in our dedicated Innistrad: Crimson Vow Booster Fun article.

Set Boosters have a guaranteed showcase eternal night basic land, which is in traditional foil 15% of the time. They feature an art card (95%) or a signature art card (5%), which are full art and highlight some of the many striking pieces that were done by our artists for Innistrad: Crimson Vow.

The List continues to show up in 25% of Set Boosters. Of the 300 cards, we swapped 75 cards to bring in extra Innistrad-feeling goodies and keep the excitement of opening cool reprints fresh, such as Vampiric Tutor and Wooden Stake.

The wildcard slot for Set Boosters can have practically any non-foil card in Innistrad: Crimson Vow! With anything from commons to borderless planeswalkers (but not regular-frame rares and mythic rares), the wildcard slot also has the possibility of borderless dual lands, showcase eternal night legends, showcase fang frames, and more!

One new feature of the Set Boosters that we introduced in Innistrad: Midnight Hunt and are continuing with are eight new cards (six rares and two mythic rares) that can be found in the wildcard slot. These cards are mechanically new and designed for Commander players. While you can find these in Collector Boosters in an extended-art version as well, these cards aren't found in the Innistrad: Crimson Vow Commander decks. 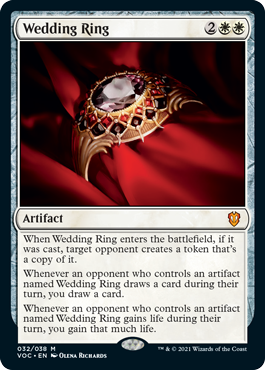 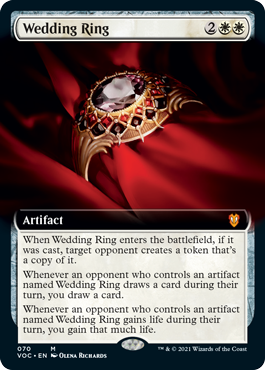 In addition to these eight new cards, Set Boosters also have the four traditional foil cards from the Commander decks available in the wildcard slot in a non-foil version. As all twelve of these cards can't be found in Draft Boosters, we could design them without having to worry about disrupting a great draft experience. This let us create cards such as Wedding Ring to highlight the themes of Innistrad: Crimson Vow and make for the best multiplayer experience. 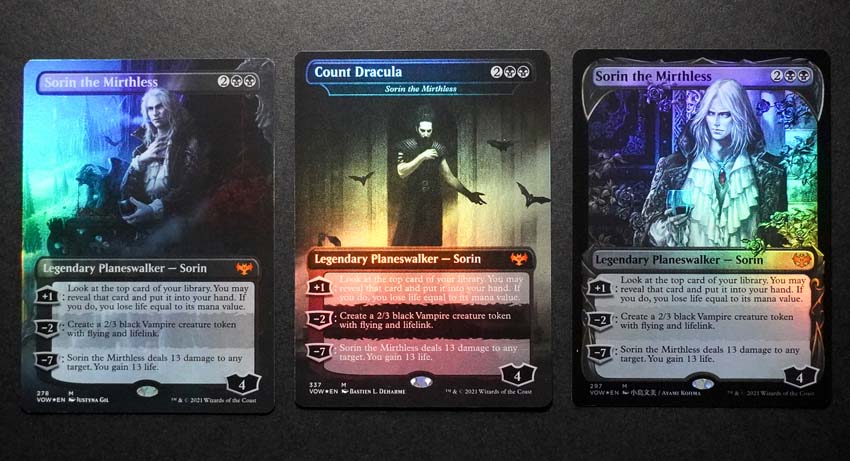 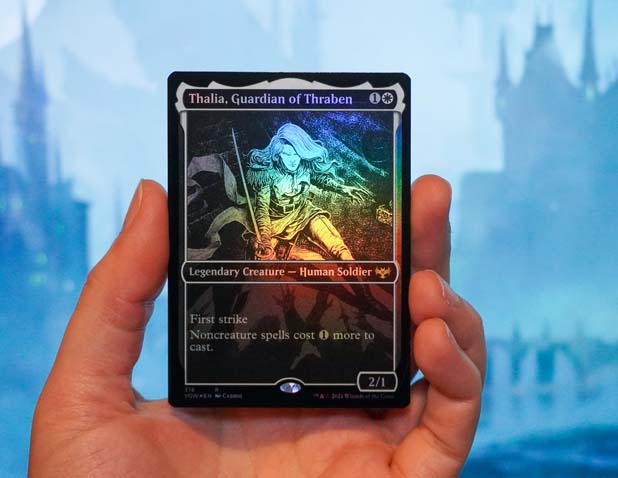 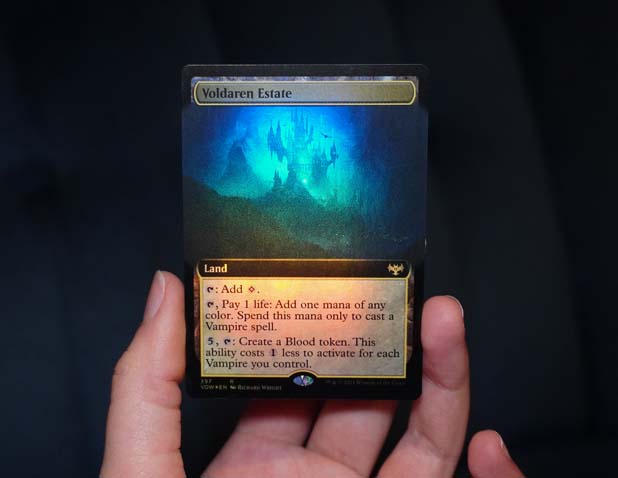 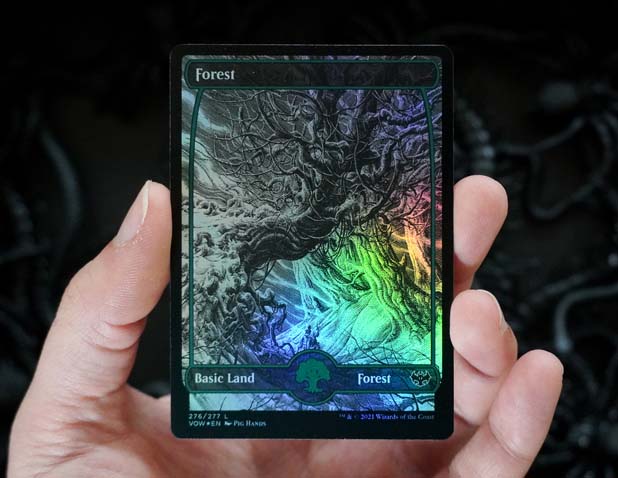 Let's take a look at all of the contents, then I will highlight a few specific slots with more information. 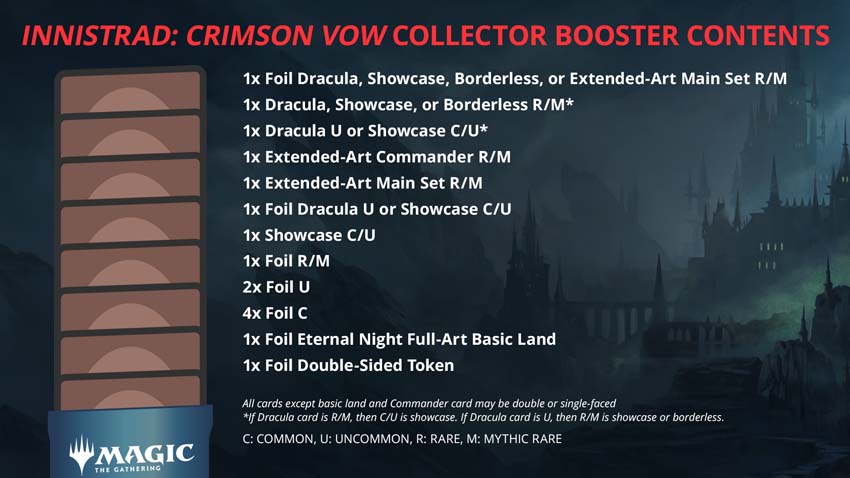 Non-foil extended-art Commander rare or mythic rare – This slot features each of the 32 new rares and 6 new mythic rares from either the Commander decks or the Set Boosters. Each rare shows up twice as often in this slot as each mythic rare. The card you find here is in an extended-art frame that shows off more of the standard card's artwork. For instance, you could get Strefan, Maurer Progenitor in an extended-art version.

With the Collector Booster breakdown complete, we have come to the final chapter of our story. I hope you have enjoyed this deep dive into all the contents of Innistrad: Crimson Vow Draft, Set, and Collector Boosters. 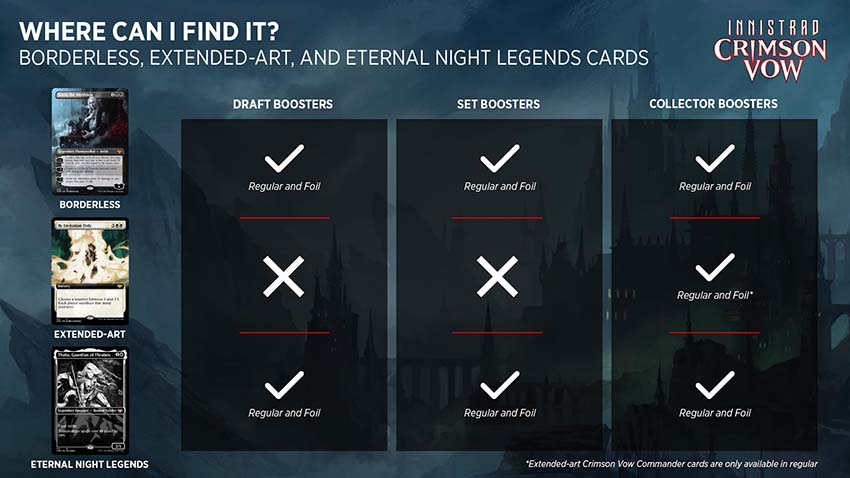